Guys, I would never suggest our congresscritters are evil and lying when Occam’s Razor offers us the simplest solution: they have no way to respond to constituents in this day and age when everything is automated.

Here are the two recent blog posts that I asked my congresscritters to respond to, to take a clear stance in support of (which is the default position) or in opposition to the president (who is impeached and has botched the pandemic response)’s recent actions.

Here are two emails I just received from Rep. Drew “Who?” Ferguson: 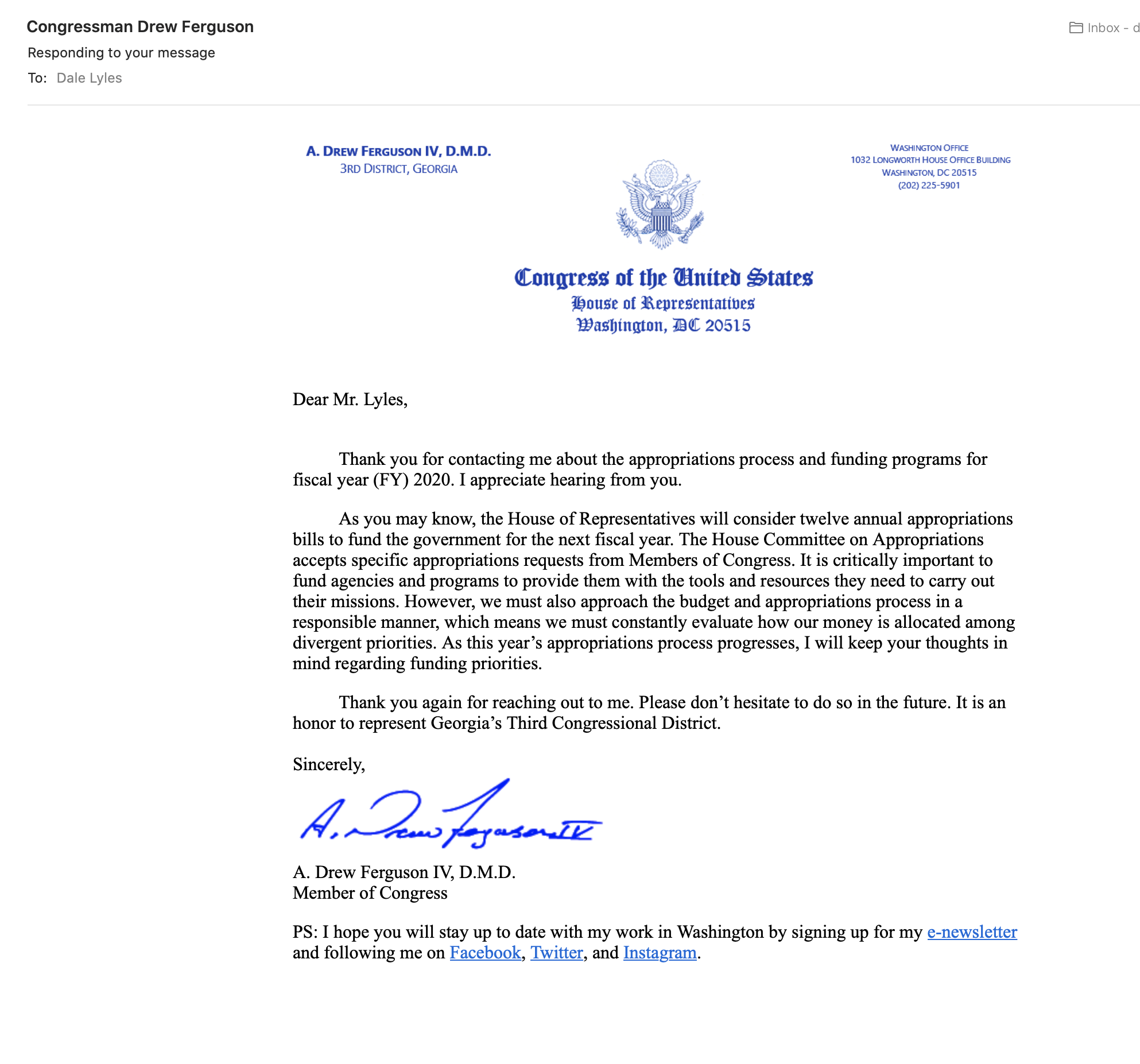 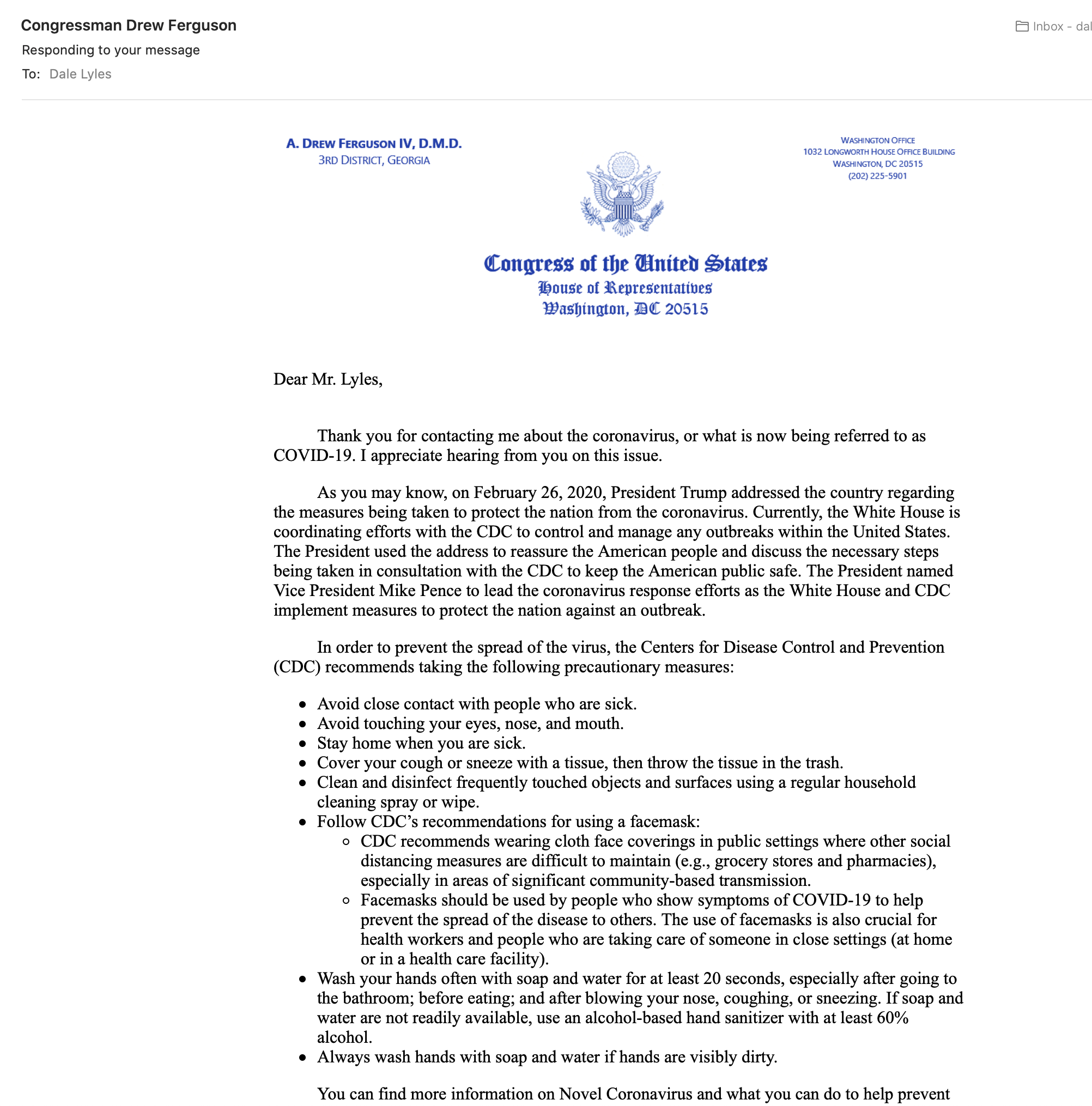 There was more blah blah about all the stuff that the (Democratic-led) House of Representatives did.

So here’s your challenge: exactly what message from me was Rep. Ferguson replying?

As far as I can tell, Rep. Ferguson’s positions on my two blog posts (and ResistBot messages to him) remain the default: He supports the idea of killing Trump’s political opponents; and it’s fine with him for the president (who is impeached and has botched the pandemic response) to extort states who do not kiss his ass.