Click-bait hed, but bear with me here.

This morning, the president (who is impeached and has botched the pandemic response) tweeted these two tweets: 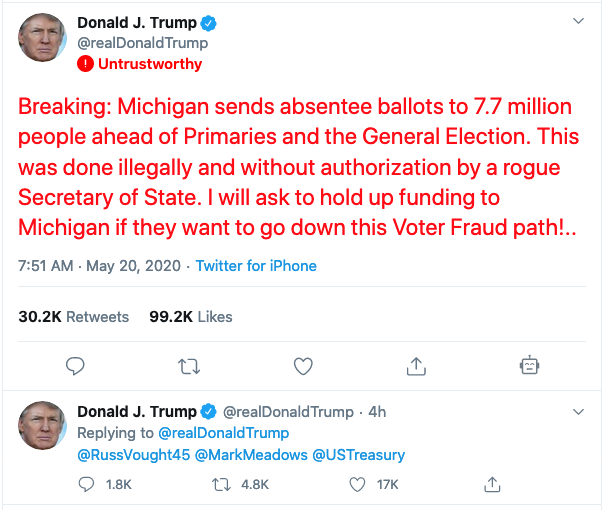 Notice that he tags his budget director and chief of staff: put this on the agenda.

As usual, the president (who is impeached and has botched the pandemic response) is wrong about nearly every aspect. Lying or stupid? Probably both. 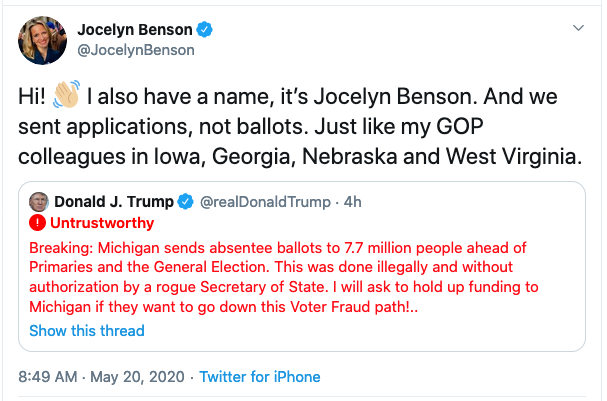 Benson — a Republican — wasn’t having any of it. She notes that they didn’t send out ballots, they sent out absentee ballot applications. Not only that, but Michigan voters overwhelmingly approved, via referendum, voting by mail, so it was hardly “illegal.”

The main point, though, is that Trump’s response is simply “Stop giving [all] people the opportunity to vote, or I will cut off funding allocated to you by Congress.”

In other words, “Nice state ya got there, be a shame if somethin should happen to it.”

Trump is extorting the state of Michigan.

So I thought I’d check in with my congresscritters: Sen. David Perdue, Sen. Kelly “Inside Trading Spaces” Loeffler, and Rep. What’s-His-Name Ferguson. Here’s what I sent via Resistbot:

Good morning.
The president (who is impeach ed and has botched the pandemic response) tweeted this message to Michigan this morning:
“Breaking: Michigan sends absentee ballots to 7.7 million people ahead of Primaries and the General Election. This was done illegally and without authorization by a rogue Secretary of State. I will ask to hold up funding to Michigan if they want to go down this Voter Fraud path!..”
1. He’s wrong about the ballots: Michigan SOS Jocelyn Benson sent applications for absentee ballots to their voters.
2. The people of Michigan voted overwhelmingly by referendum to allow voting by mail.
3. Trump is explicitly extorting Michigan: either stop the voting by mail or lose funding.
I have to assume that you approve of this straight up quid pro quo, since you have approved of every other move made by Trump, and that’s what I will be telling readers of my blog. If you don’t, please reach out to me and tell me so pointblank.
Cheers.

Done and done.  I will update this space if any of the critters respond with anything other than a form email. (Perdue’s automated server has already replied with his BS blah-blah.) 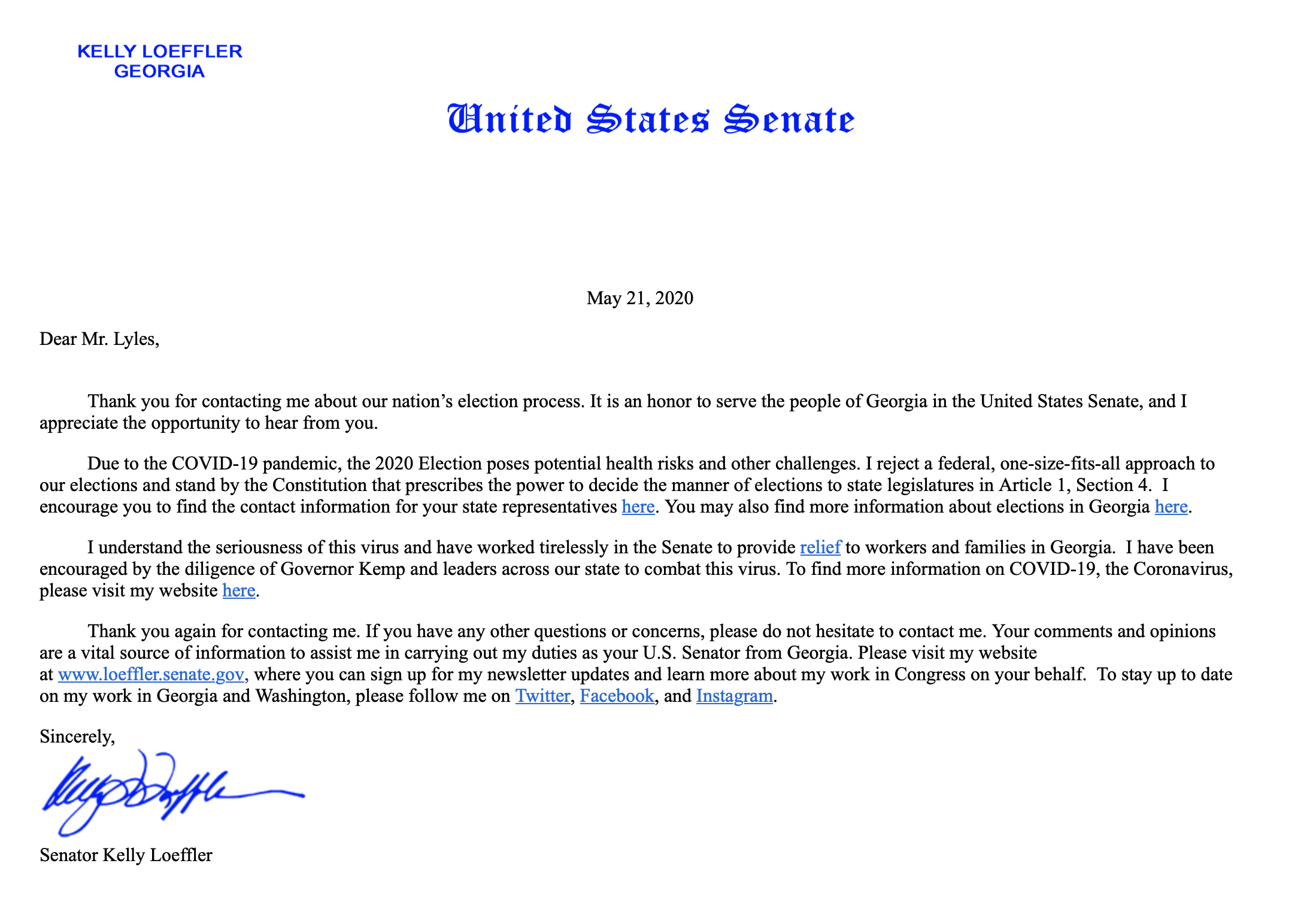 UPDATE: Others are already on this: https://www.vox.com/2020/5/20/21264821/trump-michigan-nevada-funding-cares-act-unconstitutional