Here’s a good article on the naked authoritarianism of Trumpism. It is worth your time to read it, especially given yesterday’s events.

There’s an organization called Cowboys for Trump, and it’s about what you’d expect. Its founder is a Arizona politician named Couy Griffin, and on Tuesday he was videoed making a speech. He tweeted it himself, and the first line in the video is, “The only good Democrat is a dead Democrat.” Here’s the link.

And here’s the screenshot in case it’s taken down. (It’s been up since Tuesday, and Griffin is claiming that he didn’t mean literally killing his political opponents.) 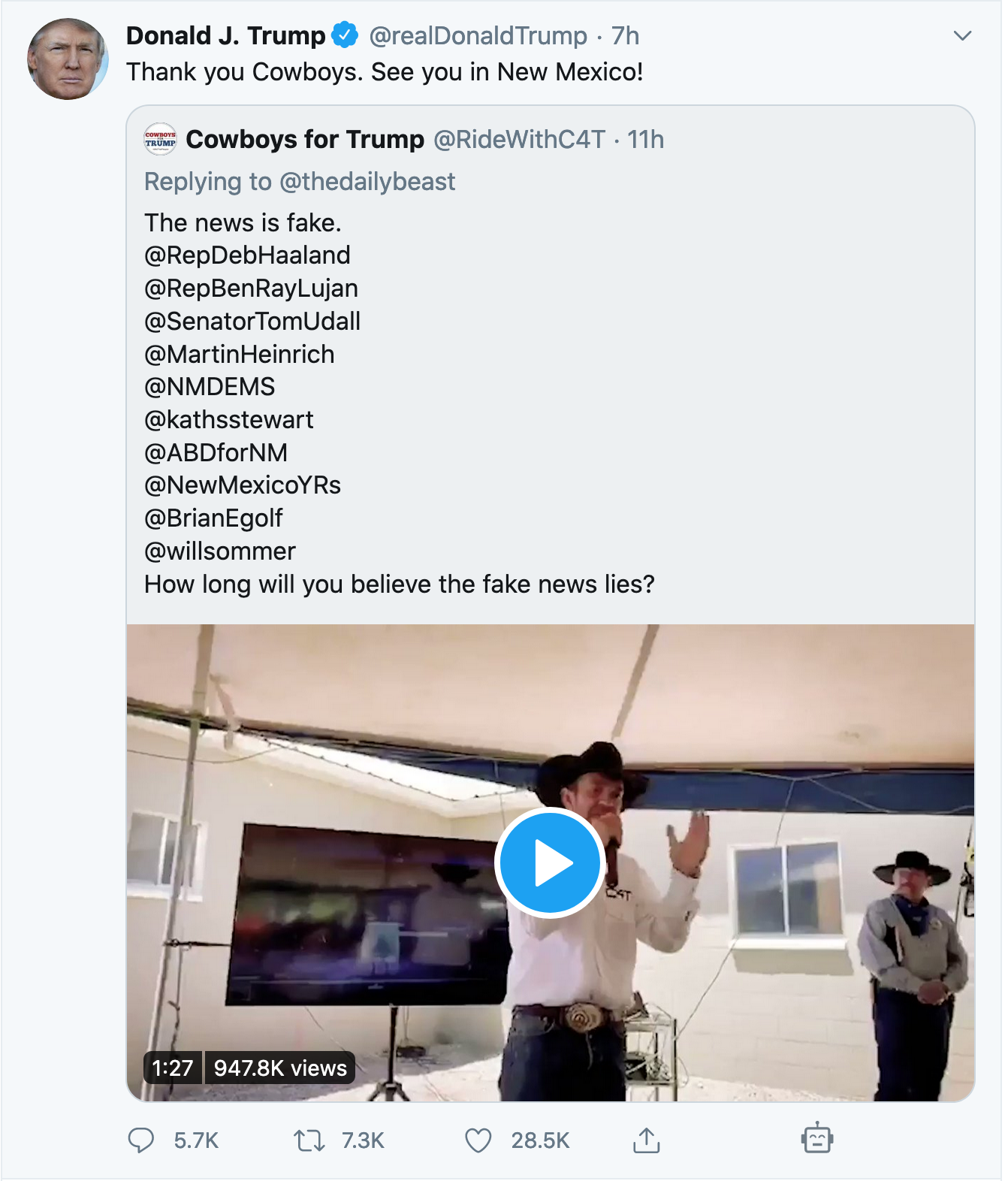 By late last night, the president (who is impeached and has botched the pandemic response) retweeted it.

I hied myself to Resistbot and wrote my congresscritters: Sen. David “Not the Chicken Guy” Perdue, Sen. Kelly “Inside Trader” Loeffler, and Rep. Drew “Who?” Ferguson.

Arizonan Couy Griffin, founder of Cowboys for Trump, was videoed saying “The only good Democrat is a dead Democrat.” He claims it was taken “out of context,” but he said what he said. Moreover, he tweeted the video himself. Moreover, the president (who is impeached and has botched the pandemic response) retweeted the video.

I will be blogging about your response to this at dalelyles.com. I will presume you support Griffin’s statement unless I hear a denunciation from you.

This is not free speech. It is not metaphorical. It is a murderous threat coming from someone to whom the phrase “Boogaloo” is not unknown. Your silence tells the nation that you are completely on board with this authoritarian movement and support killing your political opposition.

Anything less than a denunciation from you is a “Heil, Trump!”

I now await their non-responses, but I’m not getting my hopes up. The truth is, they’re all Nazis.