Here’s what I bought on our trip. We have a rule not to buy “stuff” these days, but that rule does not include jewelry or art. Or in my case, booze. 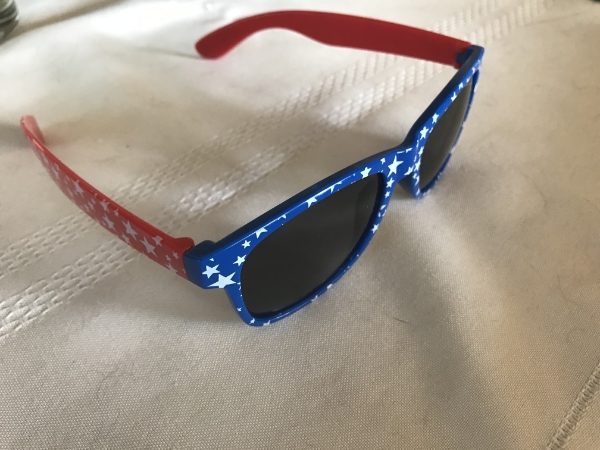 At the Wal-Mart in Phoenix, where we stopped for quick supplies before heading on. I mean, I had to have these, didn’t I, to celebrate my Americanismness at the Mexican restaurant in Tusuyan. 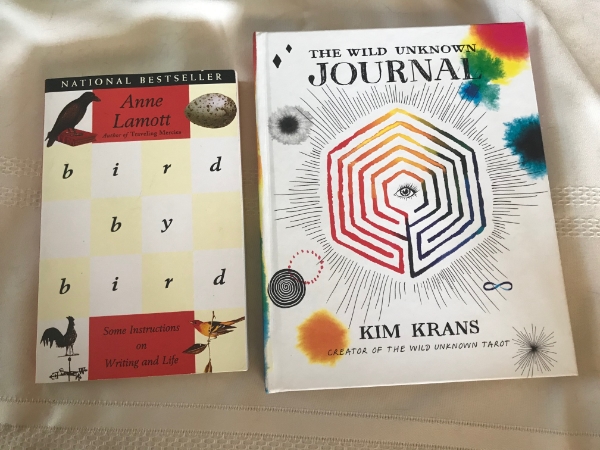 I follow Anne Lamott on Twitter, and her book Bird by Bird has been circling my consciousness for a while. The Wild Unknown Journal is a tool for Backstreet. 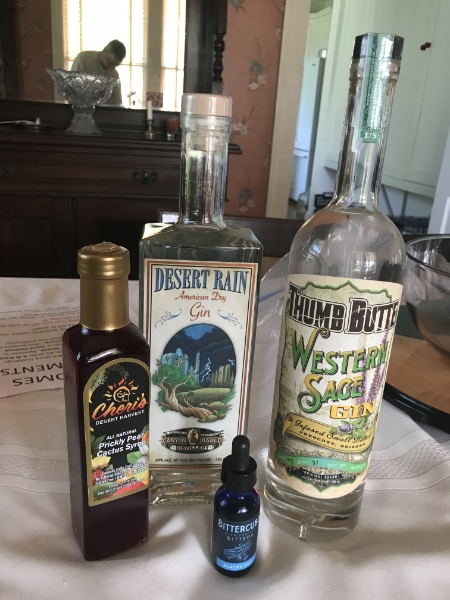 Ah… Two locally distilled gins, plus some Blackstrap Bitters which I had never seen before, plus prickly pear syrup. The El Tovar served a prickly pear margarita that wasn’t bad, and as I searched in my head for fun cocktails to take to Transformus, it occurred to me to make a prickly pear daiquiri.  (I have done so, and I’ll post about that later.)

The Desert Rain is a pleasant dry gin, and the Western Sage is a really good botanical: less juniper, more other flavors. 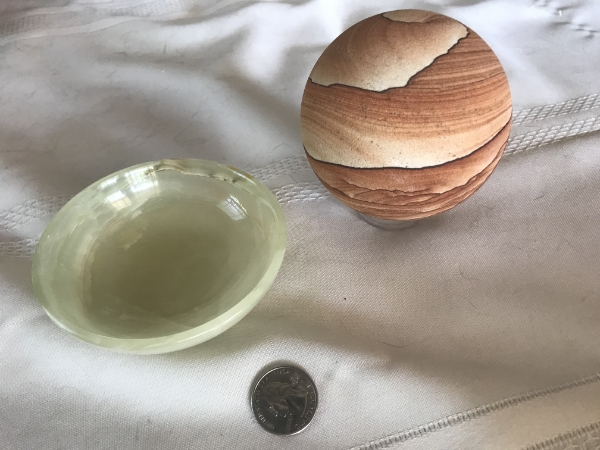 These two items came from the Cameron Trading Post. Other gift shops had sandstone thingies, but Cameron was the only place that had the orbs. This one spoke to me. The green onyx bowl will join the carnelian bowl as a receptacle for essential oils. 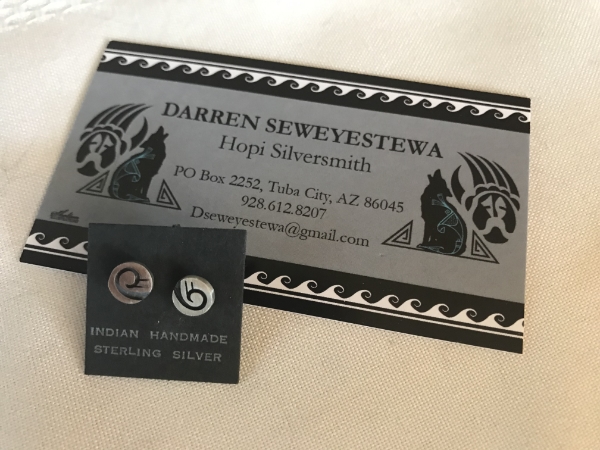 At the Watchtower on the way back from Cameron, several Hopi artists were demo-ing their craft. These earrings appealed to me: the water symbol, with mists rising. Mr. Seweyestewa was not charging nearly enough for these, either. 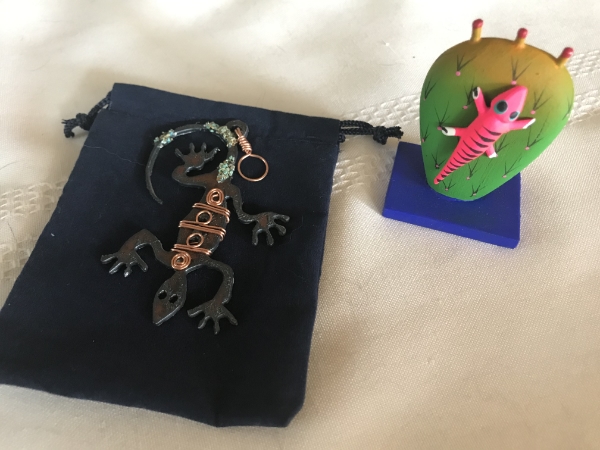 Two more lizards for my collection. The one on the left came from Cameron; the one on the right, from one gift shop or another, is Oaxacan. 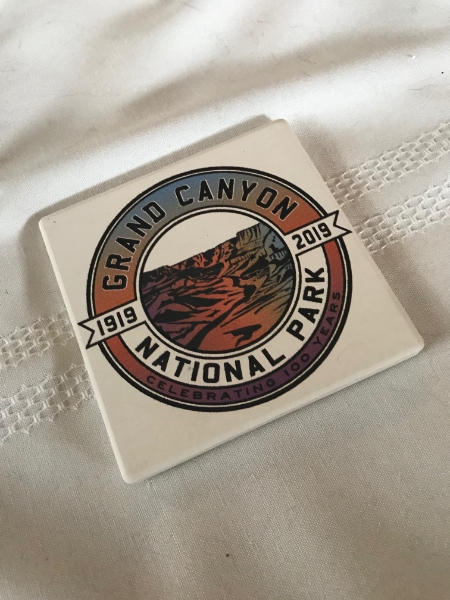 I broke our rule about ‘stuff’ with a coaster. But really, it’s the centennial of my second-favorite place on earth. 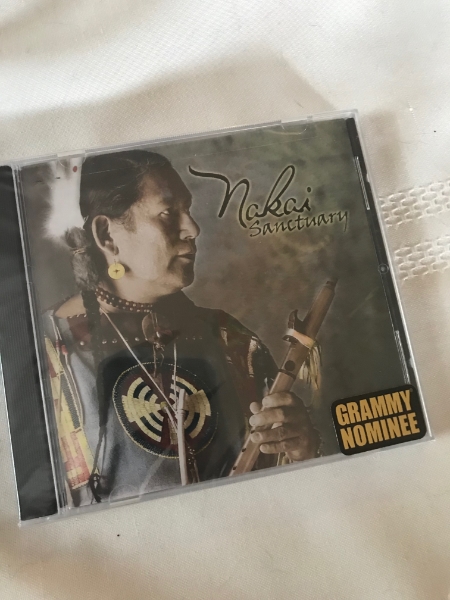 Nice new agey music; I remembered I already owned another CD by the artist. 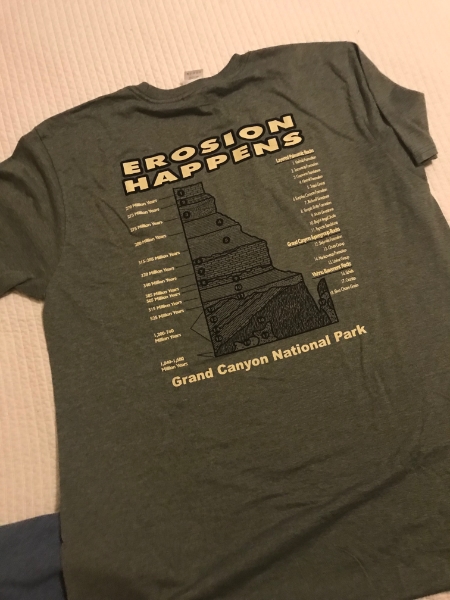 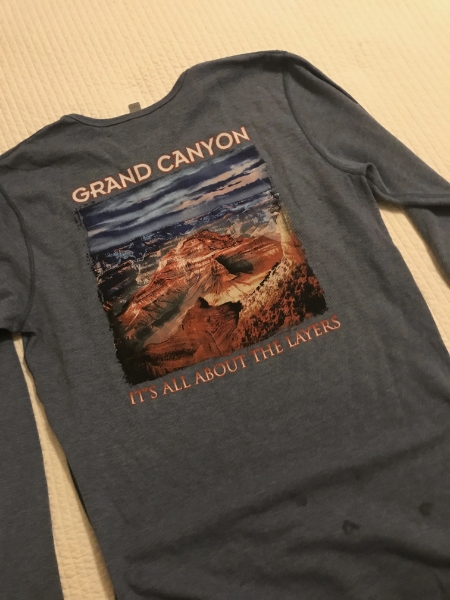 All in all, not a heavy shopping excursion. (Although two bottles of gin and a sandstone globe can get your luggage slapped with a bright orange HEAVY sticker.)