Long-time readers of this blog will remember the Great Cross Country trip from four years ago (!) and the Great Southwestern Woo Exploration from two years ago.  Tonight we shall set off on yet another adventure, this time to my beloved homeland of Hofvonstein.

Actually, it’s a Viking River Cruise—yes, just like on Downton Abbey—from Budapest to Nuremburg, up the Danube River, but most of the journey we will be sailing along the western border of Hofvonstein.  I even made sure that our cabins faced the homeland, although we’re mostly sailing at night and our windows are tiny little slits.  (Not everyone ponies up for the luxurious balconies.)

Sidebar for those who have no clue what I’m talking about: several many years ago, back at Newnan Community Theatre Company, we would do these interactive dinner theatre murder mysteries as fundraisers.  They were a lot of fun and cost us nothing: we would develop a scenario and characters, meet for a couple of rehearsals to improv scenes and evidence, and then away we went. The audience would buy tables for the catered dinner, meeting us during the cocktails round as they arrived, and then after we read them the rules they would choose which of the characters they wanted to follow into all the nooks and crannies of the theatre we were using as the environment. We’d kill someone off in full view of the audience, then have dinner, kick off the last round with another murder, and then wind up with a death so obvious that if you were in the room you knew exactly who did it, how, and why.

Anyway, in 1999 we invented the country of Hofvonstein, whose court had gone to Vienna in 1899 to ring in the new century on New Year’s Eve.  We had so much fun that we began to follow the characters through the next 30+ years, and then went back to 1601 when all the internecine strife began.  Good times.  Count Karl Magnus von Ludwighof (1854-1923) is still one of the best characters I have ever played.

I’ve been there before, actually, back in November of 2007.  Our son was studying in Munich for fall semester, so naturally we had to go see him for Thanksgiving.  While we were there, I decided it would be incredibly stupid to be this close to the homeland and not go, so we hopped a train and a bus and traveled over to Waldkirchen, the capital city of Hofvonstein. 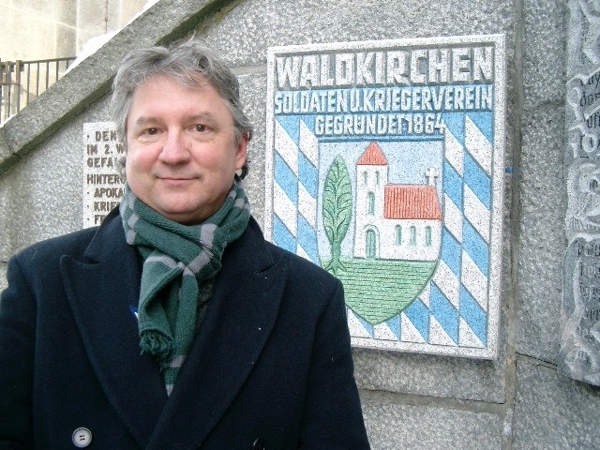 The point here is that I will once again be travel blogging as we eat our way north past Hofvonstein, with the caveat that I’m doing this on my iPad so heaven knows how regular I will be.  The ship has wifi, so I’m not anticipating any problems, and actually this time I’m using the iPad versions of the very software I use here to manipulate images and upload them to the server (Pixelmator and  Transmit, for those who were wondering).  However, I may be so overcome with Heimatnostalgie that I can’t even.

The usual caveats apply: yes, we have a house sitter, so don’t even think of robbing us blind.