This is one of those posts I do after I’ve been away for a while, either vacationing or Camping With The Hippies™, in which I don’t really have a lot to say because I have too much to say.

Needless to say, I am behind in nearly everything: Lichtenbergianism: procrastination as a creative strategy, blogging about Lichtenbergianism: procrastination as a creative strategy, the Carnegie summer reading Minecraft party, visualization of William Blake’s Inn, labyrinth maintenance, all musical projects, and a couple of new projects: the Artist Trading Card Gang and looking at scoring a web animation series called Medievilry.

Euphoria, which is what the spring burn is called, was everything I needed it to be.  The saying is that you get the burn you need, not the one you want, and that was particularly true this time.  I know that it’s hard to explain the atmosphere of the burn—it’s part revelry, part journeying, part art, part music—and it’s especially hard when to explain since I tend not to share details, but I spent the five days more journeying than reveling, and it was a good thing.  Burning is not for everyone—I tell people that I go and camp with people “who are not like you and me”—but I find that the experience enriches my life.

I can share a couple of images, of course. 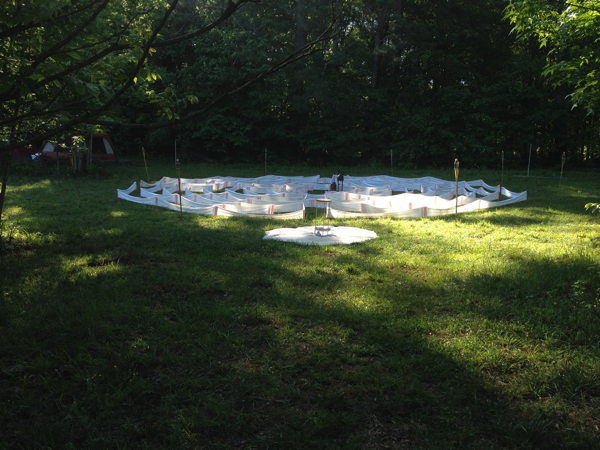 3 Old Men had a primo spot.  It is so prime that other theme camps did not bother to hide their jealousy of our cool arboreal arcade entrance, our shade, and our space.  I have told everyone that if I’m found dead in an alley, then the police should start with a list of TCOs1 as prime suspects.

Me, wearing a cool t-shirt: 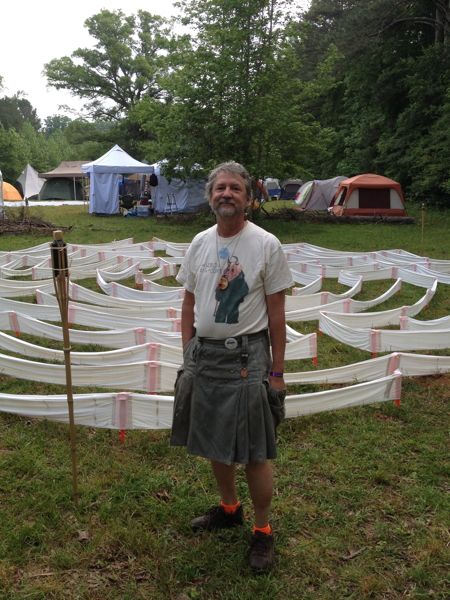 This t-shirt is from a young friend, Brett Felty, for a movie he made called The World is Big and Scary.  (His production company’s website doesn’t seem to exist anymore.)  I bought the t-shirt as part of his Kickstarter project; I was struck by the monster’s resemblance to the Wilder Mann creatures—he has since told me that he had never seen the book or heard of the creatures.  I knew immediately that it would be one of my burn shirts, and so I took a photo to send to Brett. 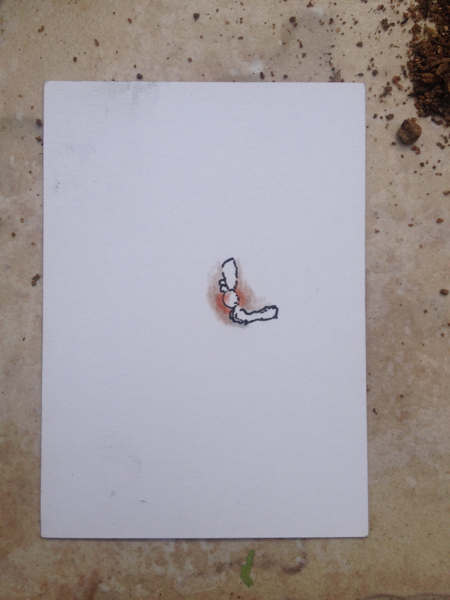 I liked this one so much that I decided to place it on the altar in the center of the labyrinth, where the hippies can take and leave gifts.  When no one had taken it before the Effigy burn on Saturday, I retrieved it for myself.

And yes, the Effigy burned: 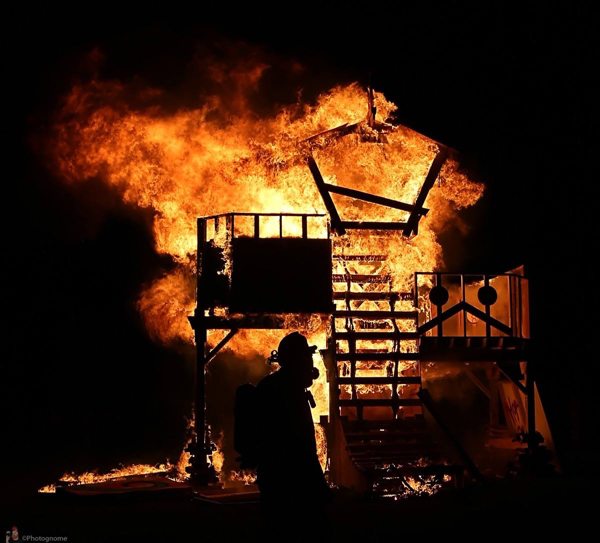 Now, back to my regularly scheduled life.