I know, these are boring posts.  Listen—if I have to sit through six football fields of handkerchief hems, so do you.

Yesterday, I finished — after a tremendous false start — the northeast wall, the first “long” wall, about 108 feet long.  Here’s what that looks like: 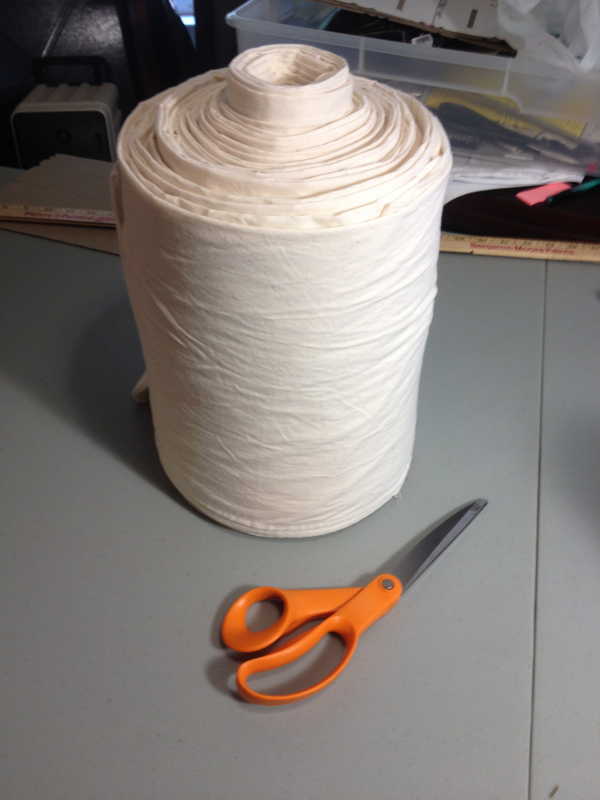 Three more to go.  I got started on the northwest wall, but then ran out of fabric.  My new good friends Gary and Cathy Sackett had volunteered to pick up the two bolts of muslin I had, then wash, iron, and cut them into strips, so while I’m waiting on that I decided I would tackle the mat for entrance with the body paint bowl.  (This mat is to catch the spills of kaolin body paint—we’re serious about Leave No Trace.)

My brilliant idea was to make it an octagon the same size as the center of the labyrinth, so I went and got nine yards of 60″ cotton duck (like canvas), cut it in half, and stitched that together.  Here’s the 9×10 foot piece of fabric: 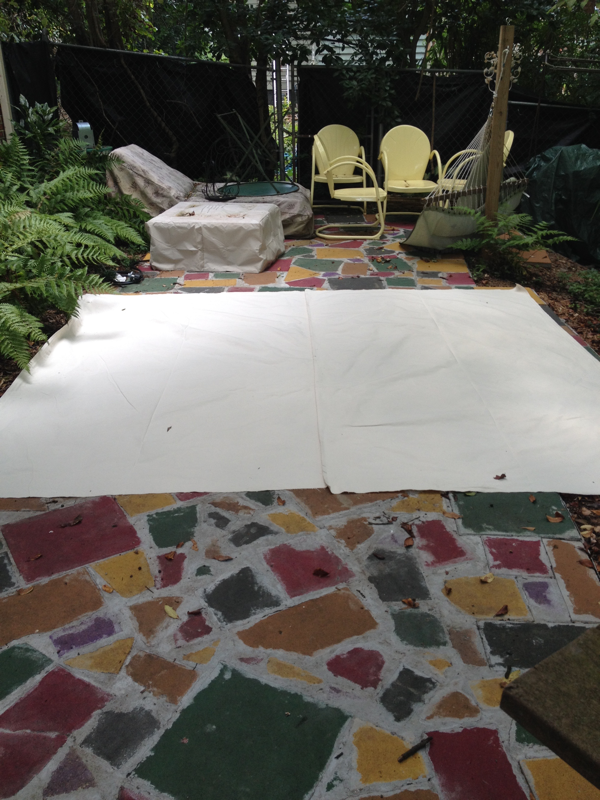 The classic geometer’s tools were the compass and the straightedge, and so I improvised: 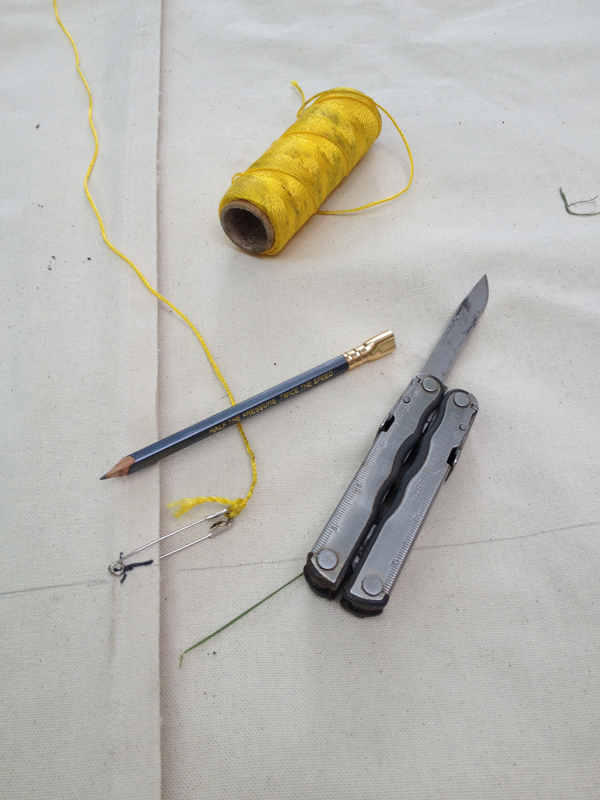 Here’s how to do construct an octagon, given a square of the appropriate diameter: 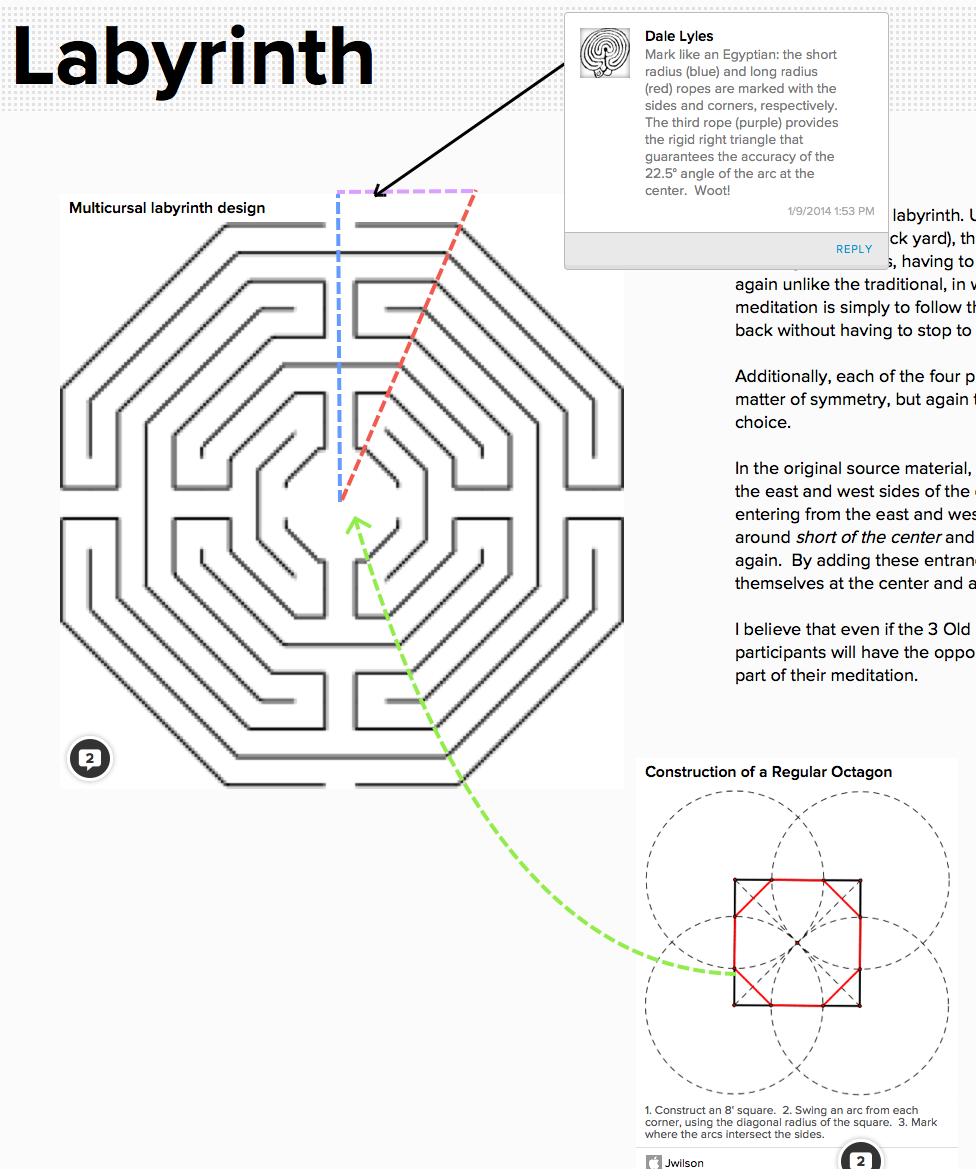 See that in the lower right?  Using the diagonal radius of the square, swing an arc up to the side of the square and mark it.  Repeat.

First I had to construct a square, which is simple, really, just swing a couple of arcs to bisect the center seam and create a perpendicular line, then go from there.

Needless to say, my improvised tools were not quite… accurate. 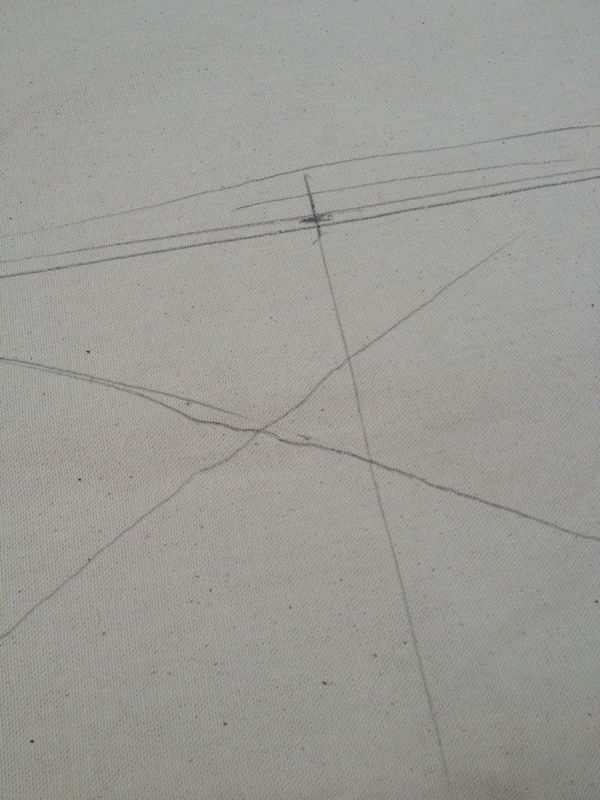 I eventually got an octagon marked out, but it was very wobbly.

That’s when I remembered that I had a staff… 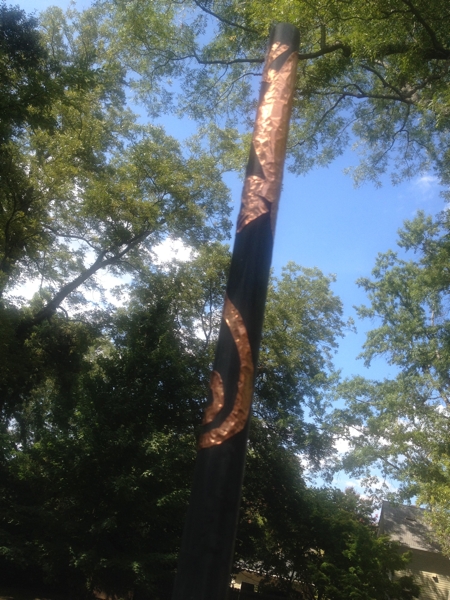 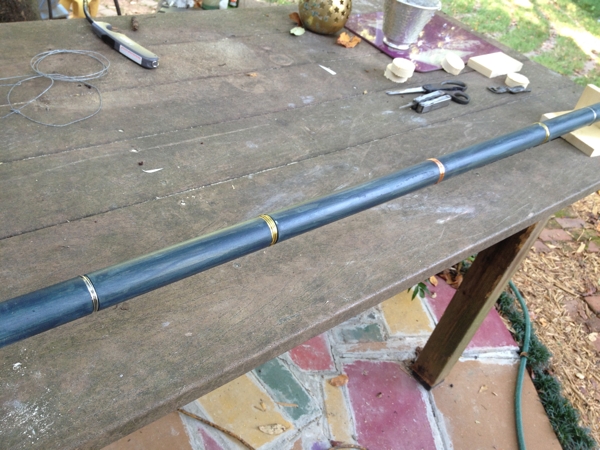 …mark the sides of an octagon.

Add two inches around the edges for hemming purposes, cut it out… 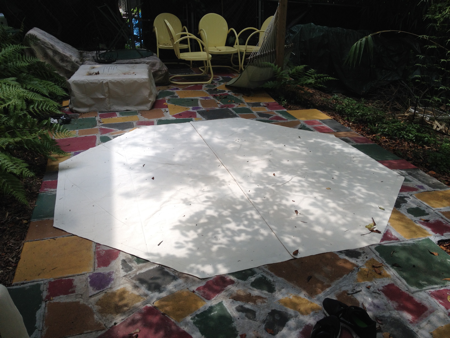 …then iron the hems and stitch them down. 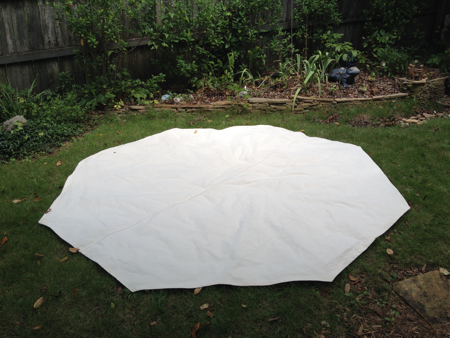 Next up, figuring out the eftest way to secure it to the ground so that hippies don’t trip over it or snag it and topple the tripod with the bowl of kaolin.