Habitués of the labyrinth will know of the Dead Tree in the northwest corner. I’m not sure what kind of tree it is/was. The arch of its branches suggest a flowering tree of some kind, like cherry or apple. It’s been dead since we’ve lived here as far as I know. (Prior to the labyrinth, we didn’t use the back yard much at all.)

I’ve valued its presence in the labyrinth, a work of art, beautiful and stark amidst all the green. My backyard neighbor once asked if I wanted him to cut it down for me, and I declined. I fumbled an explanation of how it just sort of was a kind of symbol or something. How does one explain one’s closeted mysticism to someone who just sees a dead tree?

As you suspect by now, the recent high winds have taken their toll on the Dead Tree: the top half of it broke off. 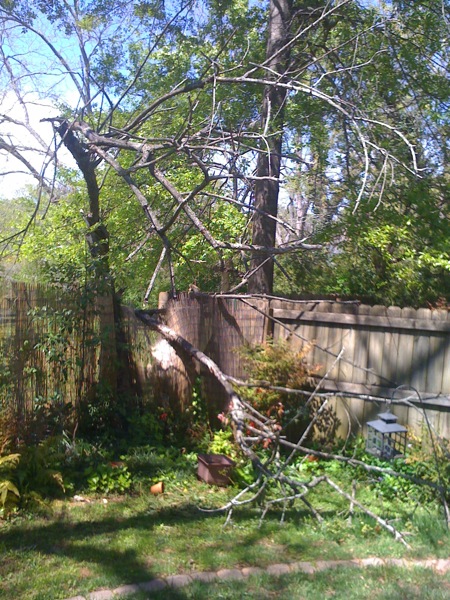 No damage to anything else—what is it with this space that seems to be protected?—and the rest of it still stands. I carried the large branch to the middle of the labyrinth to lie in state for the week. 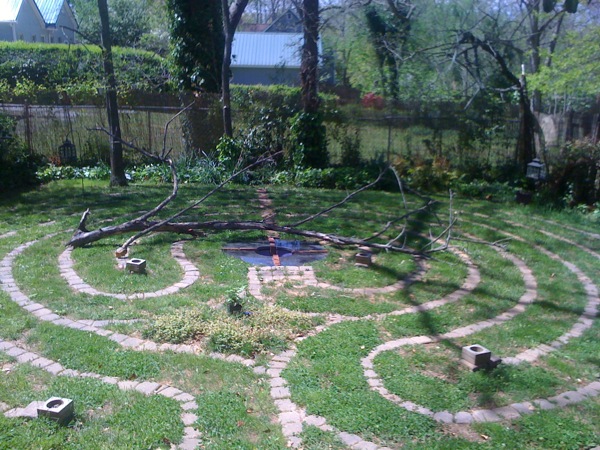 After that, we will consign it to our fires.

In other news, there are still bare spots in the path. I will scratch more seed in. I also have about six new ferns to install on Saturday.