First, Andy showed me how to patch the enormous ring of cracks: 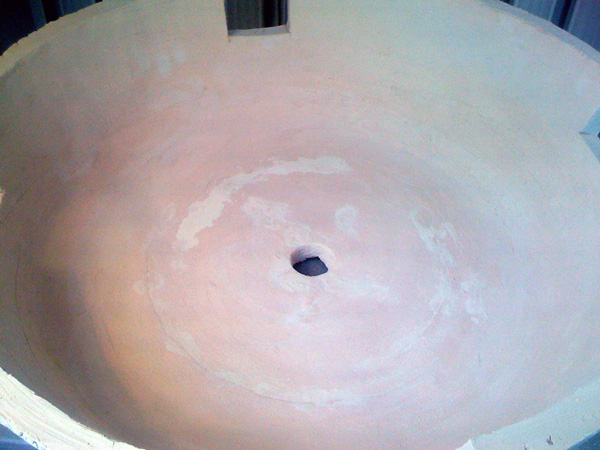 That’s a mixture of glaze and the clay I pulverized last week, rubbed into the cracks.

Then we moved outside to the spraying station. That’s right, children, I didn’t have to spend hours painting my glaze on. Andy let me use the sprayer. Here’s the bowl with its six coats of white glaze on the outside. (Don’t panic. The bowl isn’t going to be white, at least not where you can see it.) 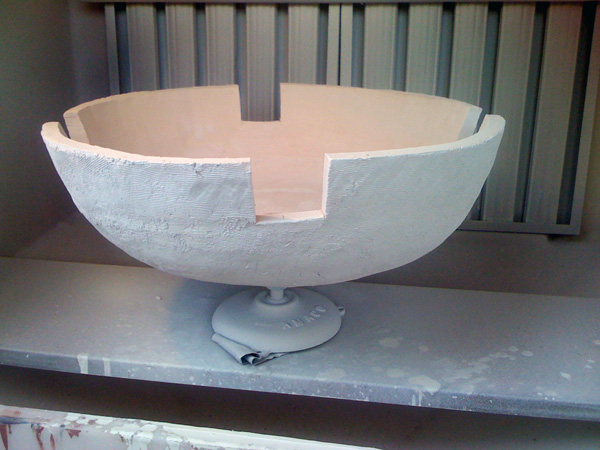 Here’s the manufacturer of the spray booth: 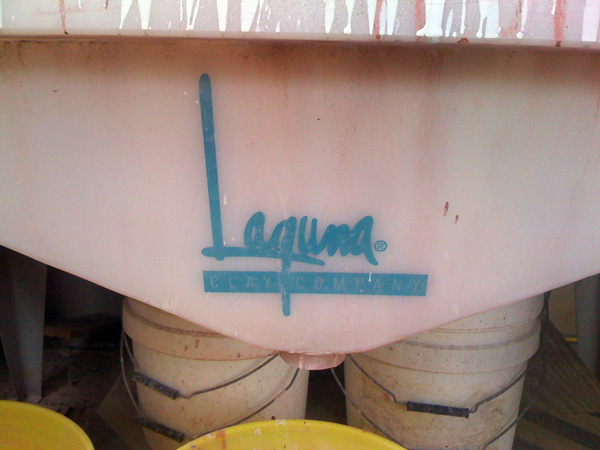 That’s pretty dang close to Lacuna. For all I know, it’s Laquna. (It’s not. I just checked. It’s Laguna.)

Next, the inside of the bowl: 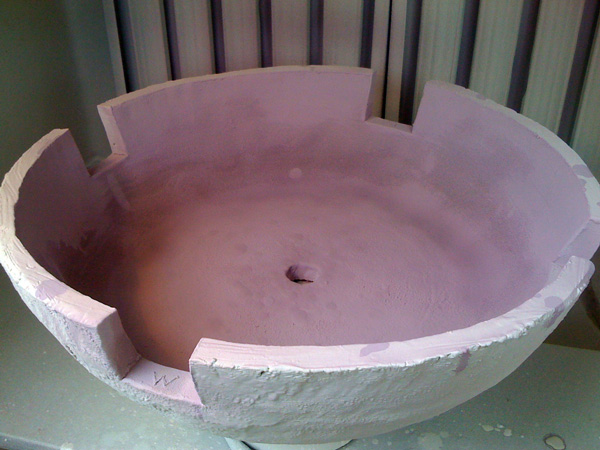 Later, I glazed the little cutout pieces from the four corners. 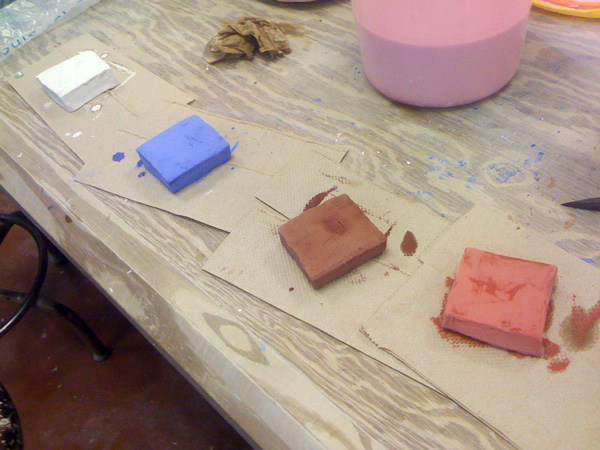 Those are for East, West, North, and South. I think what I’m going to do is to gold-leaf the old alchemical symbols for air, water, earth, and fire, respectively, onto them. Then… I don’t know. They’ll go somewhere out there.

The blue, brown, and red glazes were just underglazes, so they had to have coats of clear glaze: 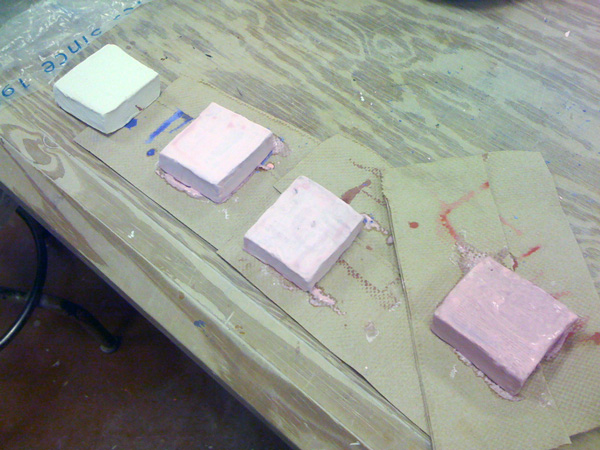 It all goes into the kiln tomorrow. Cross your fingers/light a candle/walk your labyrinth that the big bowl comes out clean and sealed.