We met for set crew at my house at 10:00 this morning, and by the time we finished, we got at least most of the items on our list started, although none of them were finished. We were hampered by not having a large enough crew, but those of us in attendance worked hard.

We started with the paper maché, since it had to dry before anything else could be done to it. Here we are starting the teacups and turtles: 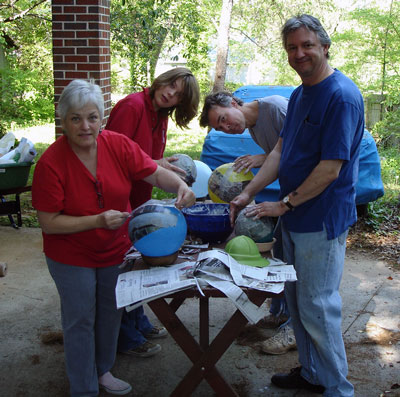 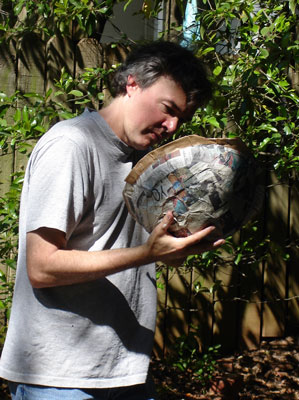 We also got the walls started, since we had to wallpaper them. The first step was to reinforce the edges so that they would flap over. We used some extremely sturdy corner packaging, originally used in shipping window blinds. Here are Molly and Carol Lee getting ready to cut one with a hacksaw: 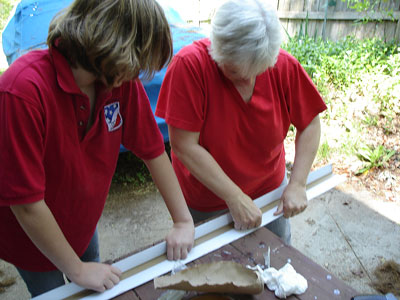 Marc and I took turns wallpapering the walls. 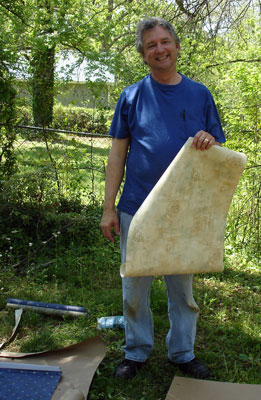 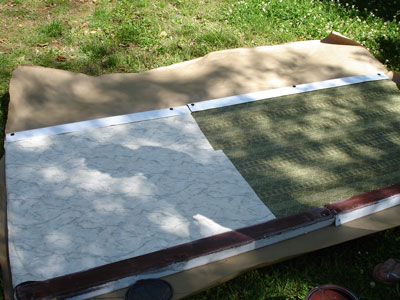 Mary Frances painted the edge reinforcements brown, sort of a wood-looking effect. She also painted the chair railings which we will have to attach later: 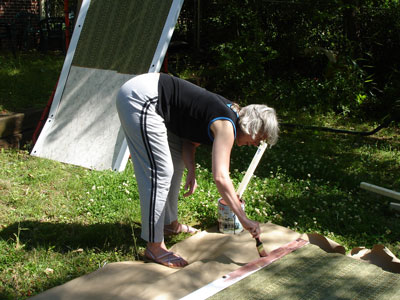 Ginny cut out the headpieces for the Toast Heads: 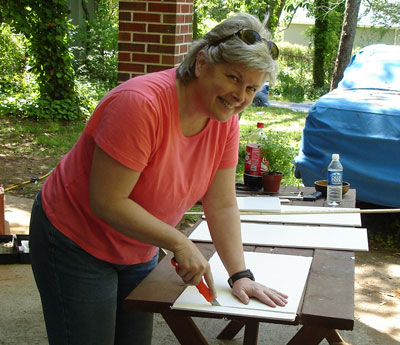 Carol Lee and I worked on the Toast Head’s banners, which we hung on the fence to dry: 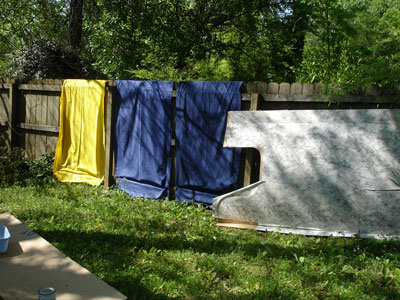 Galen measured out the lumber for the Sunflowers’ suitcases: 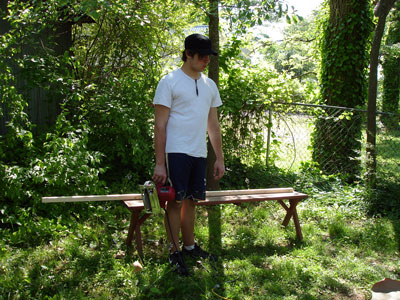 We also got the snowdrifts and the Toast Heads’ instruments cut out of the cardboard.

So lots got started, but nothing got finished. I’ll assess all of that tomorrow.

After we exhausted ourselves with set crew, we had a cookout and just relaxed around a fire in the backyard. The weather was beautiful all day, and the evening was the same.