The view from our hotel room: 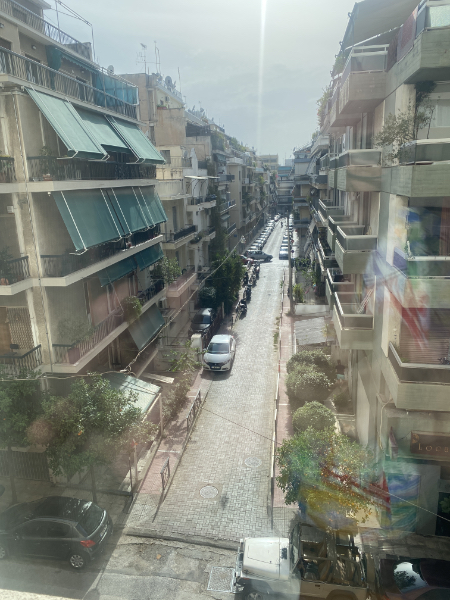 We reconvened at 6:30 — it being far too hot to be out and about before then — and after some comedy trying to round up enough taxis to get us all to the main square (the bus having the rest of the day off), we set off on a walking tour of the main shopping district. 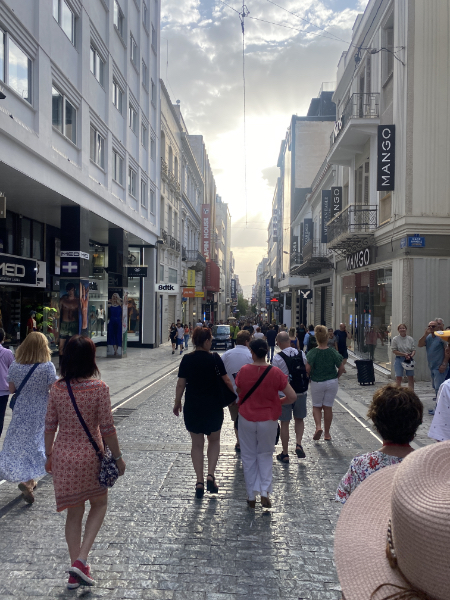 Not a lot of shopping going on, since it was Sunday and almost all the stores are closed. There were a few international brands open on Sunday, but this is generally disapproved of.

In one of the crossroads, there was this distinctive sculpture. I’m not sure that this was what Elfi was referring to when she talked about a statue/shrine to Hermes being the indicator of a place of commerce, but I will leave it here with no comment. 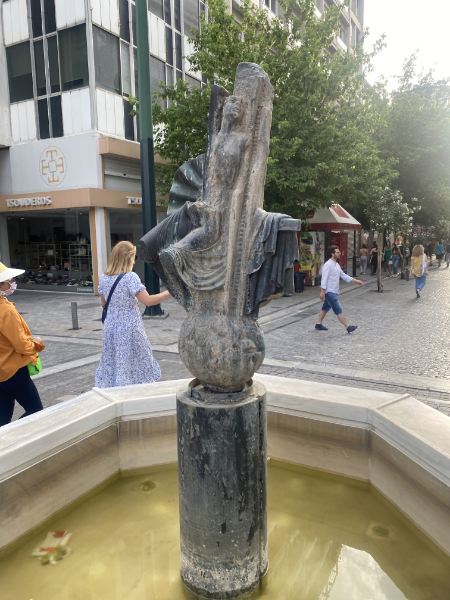 Every now and then there would be a small church or monastery. This one was sunken below street level as the city was built up around it. 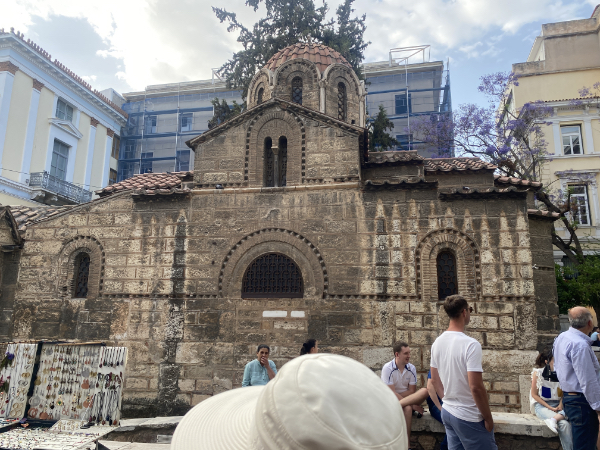 The interior has not been restored. 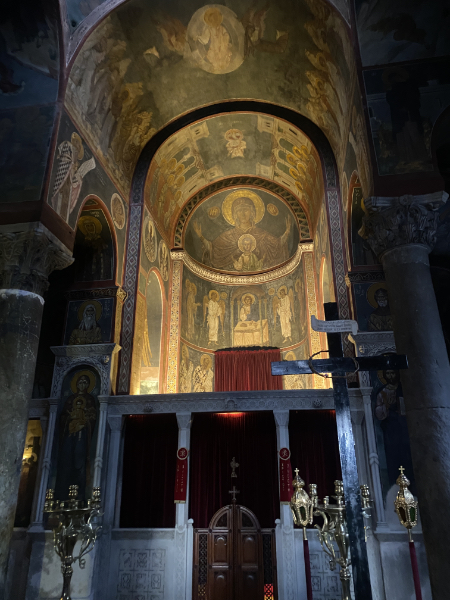 There were street clowns. They were not exciting. 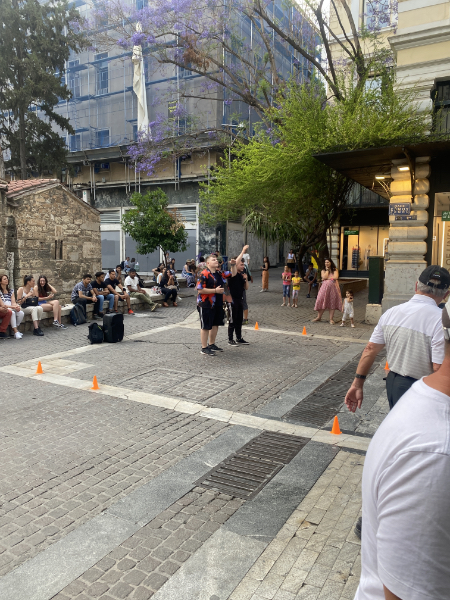 The cathedral of Athens, built for the coronation of their first king in the 1820s. 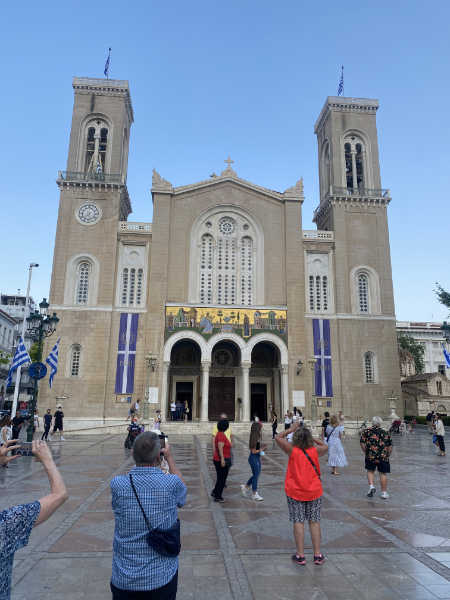 Lots of people hanging about, many small children — in a city of 5 million, most of whom live in apartments, public spaces are alive with activity.

Next to the cathedral, a tiny Byzantine church, the Church of Theotokos Gorgoepikoos and Ayios Eleytherios. Just so you know. 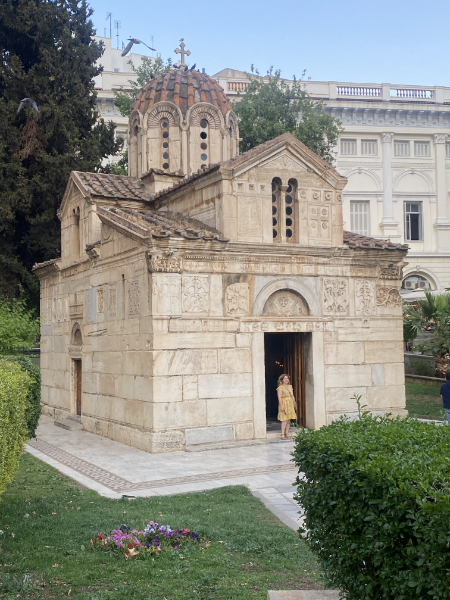 From everywhere, the Acropolis. 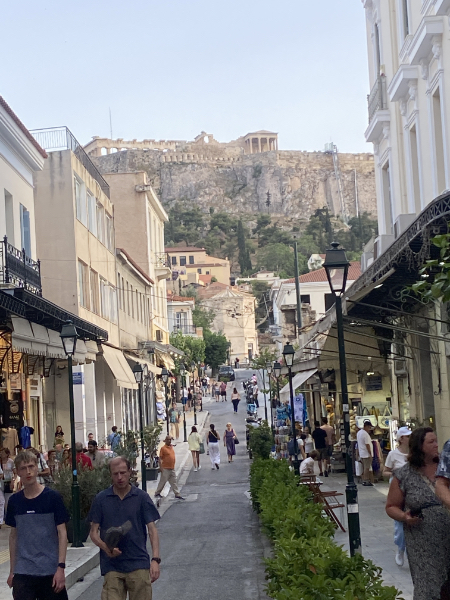 Kitties! They were sunning themselves and completely uncaring of the humans around them. The one in the center was old and feeble looking and it hurt my heart. However, it appeared as if all the feral cats were regularly fed by the neighborhood; we saw many meals put out for them. 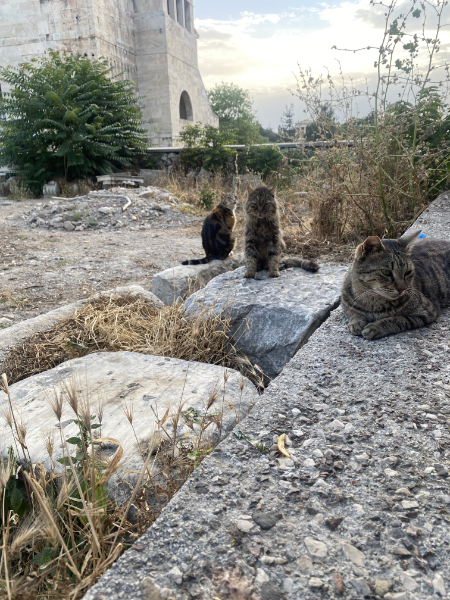 After our walking tour, Efi left us to our own devices, with instructions on where to go to get a taxi back to the hotel. We ended up at Drunk Sinatra based on its cocktail reputation. 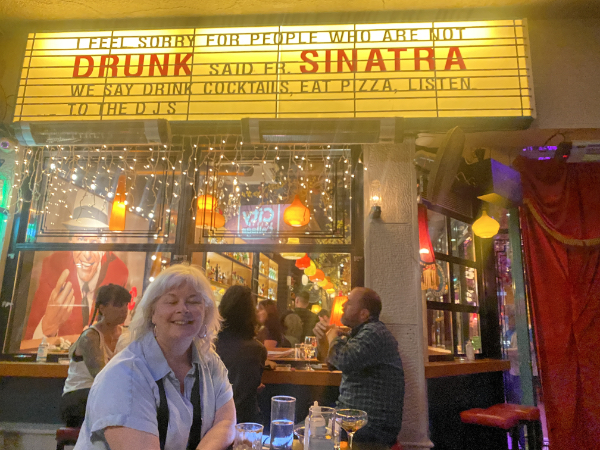 The food was okay, just pizza, but the cocktails were as advertised. 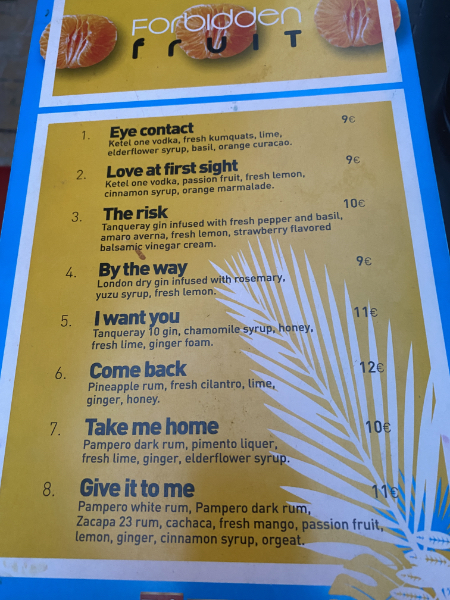 To start, I had The Risk and my Lovely First Wife had the Call Me (unpictured). But the best was the One Night Stand: 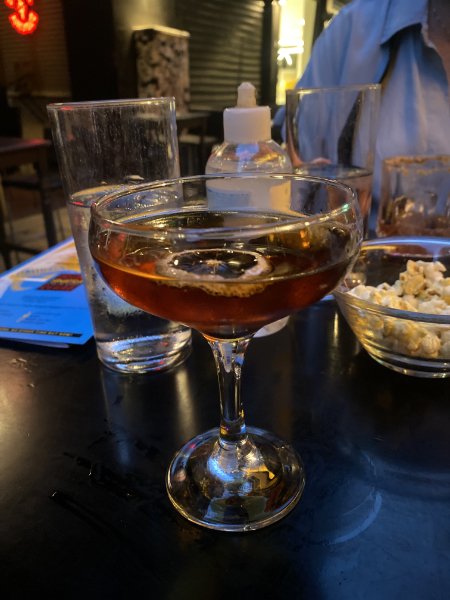 I had two. I will be attempting to replicate this one at home since I have all the ingredients.

We only got a little astray in heading back to find a taxi, but we prevailed. And so to bed.