Have I mentioned how much I hate to fly? Across country is one thing, but across the globe is quite another: an 11-hour flight from Atlanta to Greece, nonstop, which started late because Delta overbooked the flight and no one would take their increasingly attractive offers to give up their seats — possibly because we all had to be somewhere the next day on time — and our seats were not the ones we had signed up for — an aisle and window — but instead were the two middle seats in steerage Kenneth AND DO YOU THINK I GOT ANY REAL SLEEP?

So, here we are in Athens, and such is my delirium that I have no photos to show you, except for this one, snapped outside the cafe where we resorted to get a little something in our stomachs after an execrable breakfast and to tide us over before a late dinner. (Greeks don’t eat dinner until 9:00 or so.) 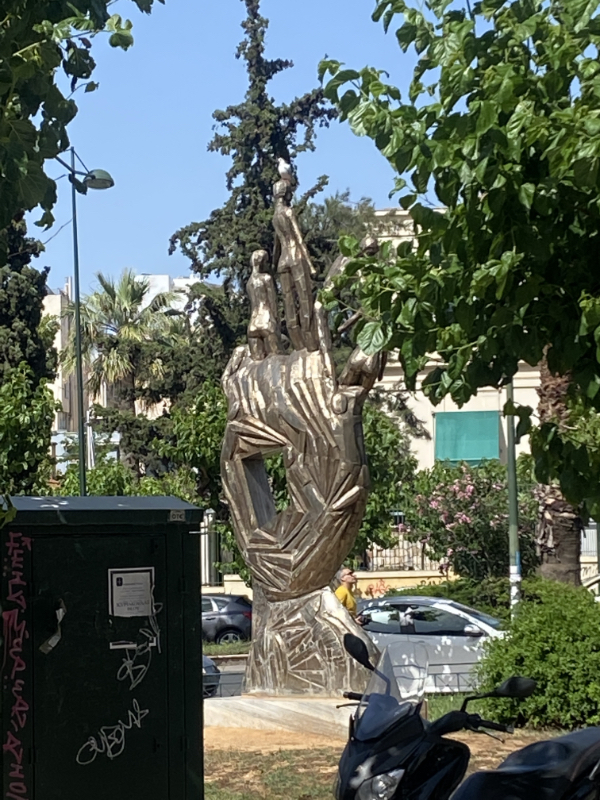 Yes, it’s a golden human hand made up of other humans, and it does appear to be shooting a bird, with a bird on top of it.

One thought on “Greece, Day 1”