The other night our friends Marc and Mary Frances were over, and after dinner Marc suggested we find some lame movie to watch and goof on. We ended up going with my suggestion of Sharknado, and I have some thoughts. 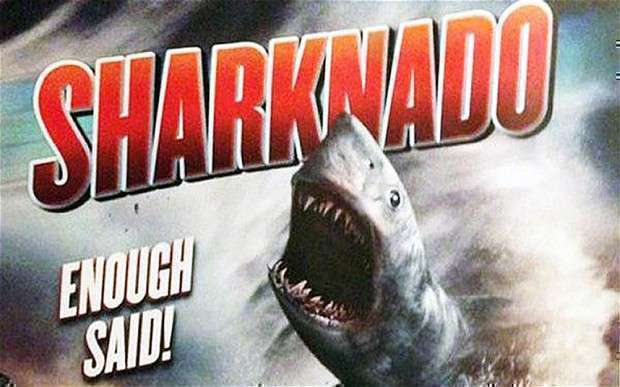 First of all, if you’re not familiar with Sharknado, you need to be. It — and its five sequels — are genius, though possibly not in the way you might think. I have chosen to believe that the movie’s balls-to-the-wall awfulness is a deliberate send-up of what a movie even is: coherent plot, continuity, character development, suspense — all gone, obliterated in a blitz of stupidity and sensory overload. It’s an entertainment pretending to be a movie, but it deliberately and gleefully breaks every rule of film-making and invites you to realize that and comment on it —a meta-film.

Basic plot outline: a hurricane moving up from Mexico has driven a “pod of 20,000 sharks” ahead of it, and waterspouts generated by the storm have sucked up all those sharks and are throwing them at the tasty, tasty citizens of Santa Monica. Our hero, Fin (!), owns a bar out on the pier, and when sharks come crashing through his window he and his friends realize they need to hightail it to higher ground. But first they have to go rescue Fin’s ex-wife and their two reasonably adult children. Hilarity ensues.

As we watched the movie and hooted at its stubborn refusal to be anything like a real movie, I had an epiphany: Sharknado is an eerily perfect analogy for the thought processes of a typical Trump voter.

Bear with me as I unpack this.

So what does all this have to do with Trump supporters?

Exhibit A: a letter to the editor from the Tampa Bay Times: 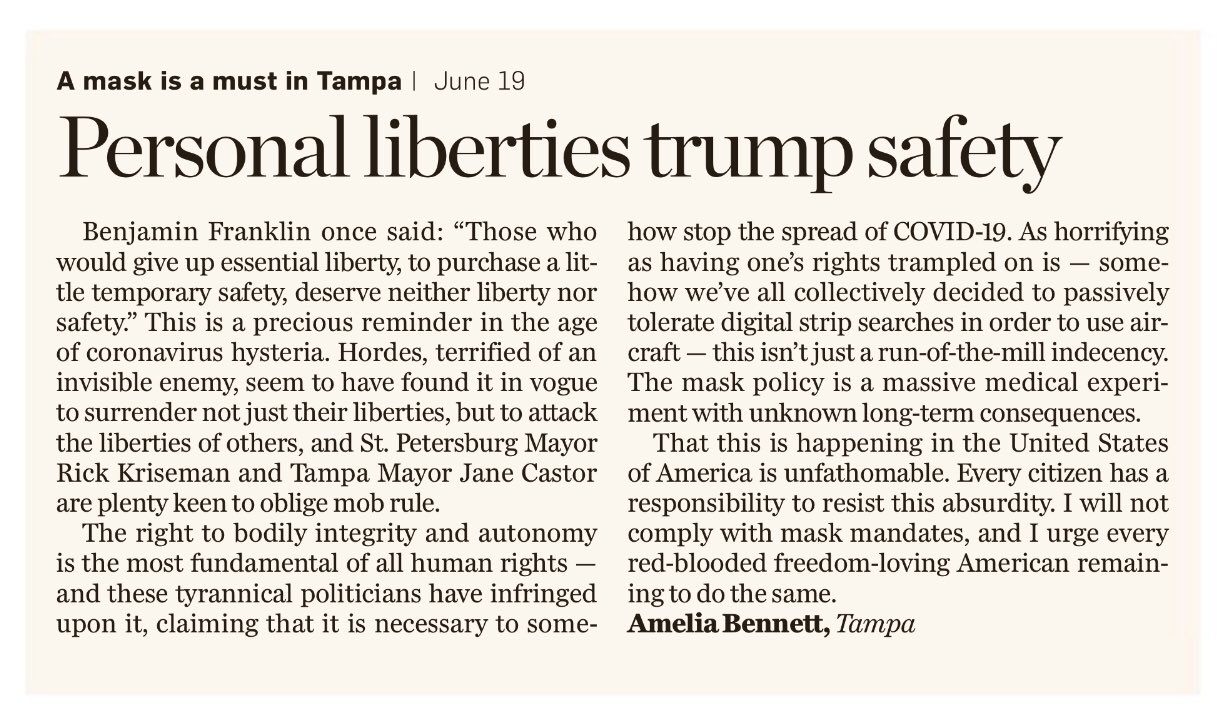 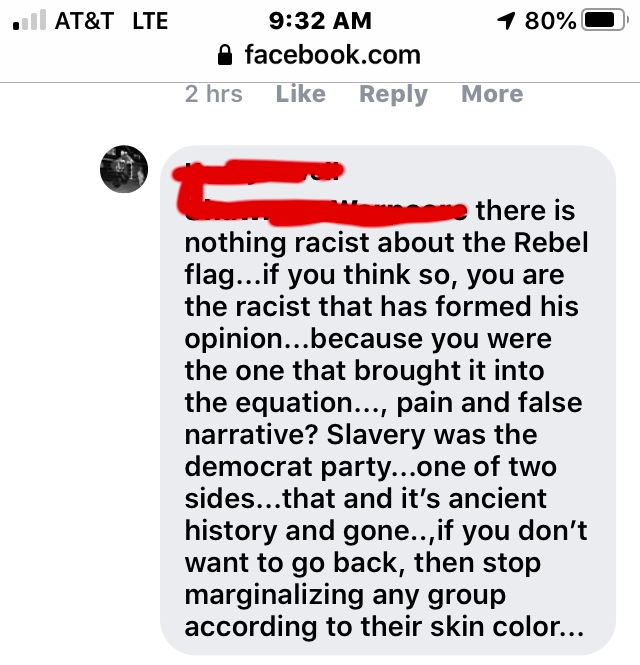 Exhibit C: Tweets from the president (who is impeached and has botched the pandemic response)

Contradictory statements/camera shots? Check. Bolton’s book is simultaneously “all lies” and “revealing classified information.” Trump supporters are simultaneously an embattled/oppressed minority and the dominant “true” American culture. And so on.

All this added yet another layer to the meta-nature of Sharknado as I watched it: every stupid action sequence; every squalid, slapstick act of violence; every derailment of logical thought — all became emblematic of our nation’s hurting, hapless amygdala-based lifeforms as they struggle to maintain the fiction of Donald J. Trump as a great leader or even a great man.

None of which will prevent me from guffawing my way through the next five movies.

[1] Not the hurricane, a tornado. What kind of idiot would try to nuke a hurricane?

[2] Consider the Trumpster’s disdain of experts and data: “Oh yeah? Then how come last month the CDC said…”

[3] Sharknado is not alone in this. Most action movies are blithe about physics. I can only imagine the surprise felt by the real-life idiot whose vehicle is doggedly crashing into an abutment rather than executing the cool-ass, tire-squealing aerial ballet he’s used to seeing in Fast & Furious.

2 thoughts on “Sharknado: The Trumpering”