The company that hosts this blog and my email (prxy.com) has a really robust spam filter, so much so that I have to check it about once a week to make sure it hasn’t snagged anything I actually want. One of its features is that you can open any email without endangering yourself, if you’re really curious about what’s in it.

Somehow I’ve been getting emails from an outfit calling itself conservativewoman.com, and who cares? Let ’em spend their resources sending my spamhole their desperate pleas for attention. But this morning the subject heading LIBERAL CONSPIRACY AGAINST TRUMP caught my eye and, bored, I opened it. 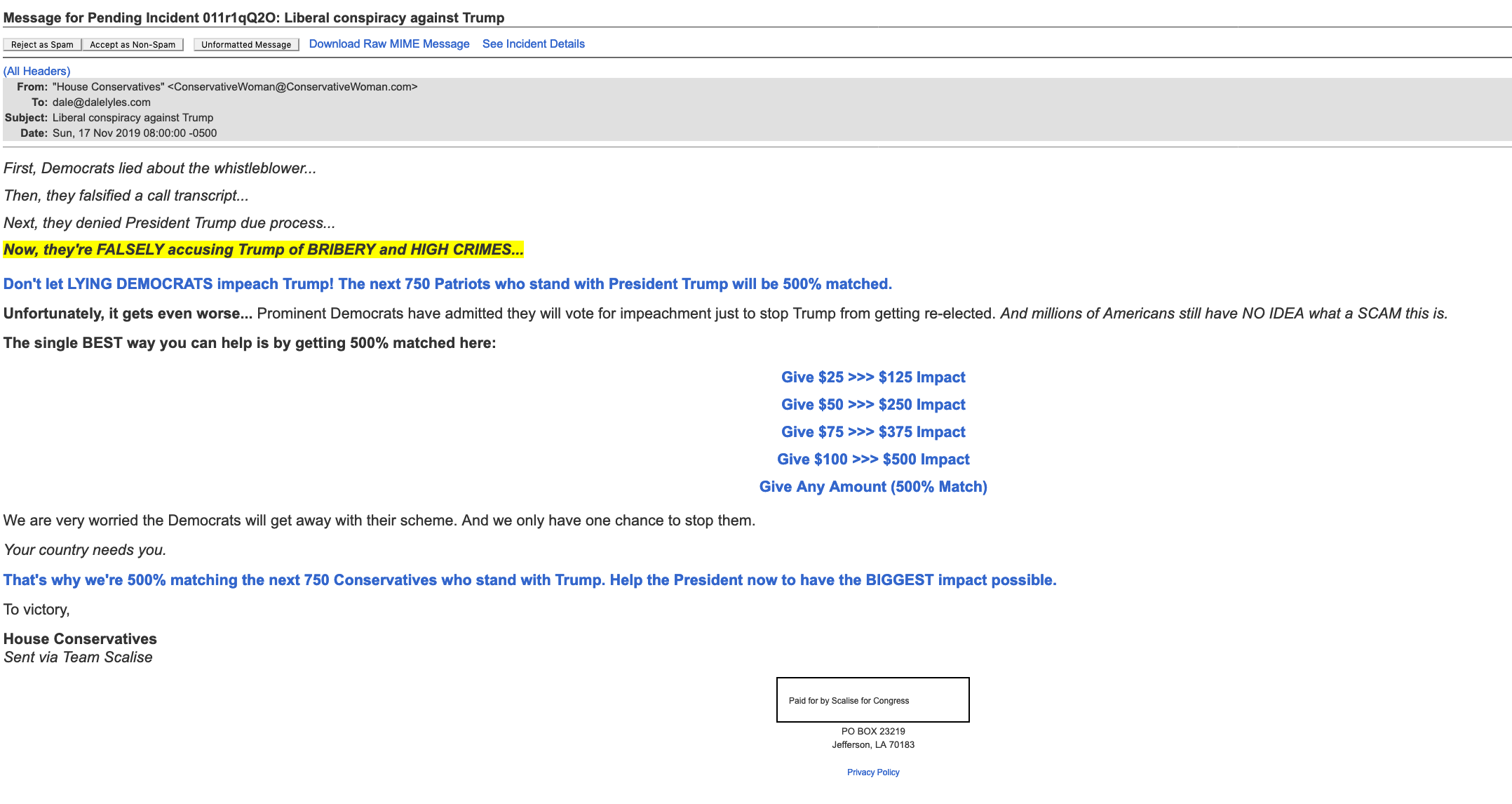 No one lied about the whistleblower.

No one falsified a transcript. (The White House did release a deliberately misleading summary of the phone call; Adam Schiff mocked it, and that’s what they’re calling “falsifying a transcript.” Besides, how could the Democrats falsify a transcript released by the White House? This is your gentle reminder that THERE’S A REASON WE THINK YOU’RE STUPID.)

No one denied Trump “due process,” mainly because impeachment in the House is not a trial. (Not only that, but now that the hearings have moved into actual impeachment proceedings, Trump has declined to participate.)

And if this thing is from Rep. Steve Scalise, you should be aware that he is one of those people for whom the question “Stupid or evil” was invented.[1]