The Republican party has been hard at work for years protecting the sanctity of your right to vote. At least that’s what they claim with straight faces in front of the camera.

Here’s how you know they’re lying.

This is a lie, of course. There is not any evidence of voting fraud in any state in the U.S. that has affected any election. Here’s a round-up of voter fraud studies from the Brennan Center for Justice, none of which I expect you to go read. Here’s the pertinent quote:

The report reviewed elections that had been meticulously studied for voter fraud, and found incident rates between 0.0003 percent and 0.0025 percent. [Ed: That’s between 3 to 25 votes out of 10,000.] Given this tiny incident rate for voter impersonation fraud, it is more likely, the report noted, that an American “will be struck by lightning than that he will impersonate another voter at the polls.”

See the number of PROVEN INSTANCES OF VOTER FRAUD, KENNETH? 1,165!!!!!1!! One thousand, one hundred and sixty-five FRAUDULENT VOTES! PROVEN!!!! Are you not concerned?

No, because you are a sane human being and recognize immediately that the number 1,165 is unaccompanied by any context. Is this in one election? Or is it across the country over a period of years out of hundreds of millions of votes? You can’t tell from their page, nor can you tell if you click on your state: all you get is a list of offenders without which elections they occurred in, nor what years. If you actually download the “report,” you get nothing more than a list of those 1,165 instances, separated out by state. There is no compilation or analysis of data, only dire warnings that this list is a “sampling” of the “many ways” voter fraud occurs.

In other words, complete and utter fuppery.

But let’s back up and pretend that the Republicans are genuinely concerned about voter fraud. Given that the amygdala-based lifeforms that make up the Republican Party need fear and anger to feed their brains, this is not an unreasonable assumption. However, this is not the case.  They’re lying.

Here’s how you know:

Example 1: Here in Georgia, leaving aside Sec. of State Kemp’s documented attempts to purge voters from the roles, we have the example of Randolph County, majority black population. A consultant hired by the county advised them to close seven out of nine[3] polling places in the county, based on the facts that some of them were underused and others were not ADA compliant.

Example 2: In North Dakota, the (Republican-controlled) legislature passed a “voter-identification law” that “requires that… IDs have street addresses printed on them and specifically bans using a P.O. Box.” And wouldn’t you know it, many Native Americans living on reservations do not have street addresses; they live so far out in the boonies that they have P.O. boxes instead. And in what is an amazing coincidence, Native Americans tend to vote Democratic.

Here’s a photo from our cross-country trip in 2013, taken in Monument Valley, which is not a national park but Navajo tribal land: 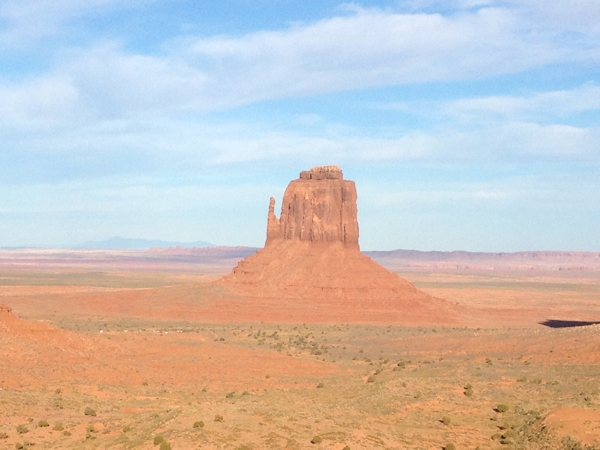 See those little white dots in the lower left? Those are trailers. Do they look as if they have street addresses?

So here’s the deal. Sometimes it occurs that after legislation is passed, the Law of Unintended Consequences kicks in and problems that the lawmakers didn’t foresee crawl to the surface. You would hope that we elected smarter people to handle this, but here we are.

If the Republicans’[4] true concern was legitimate voting, if they had passed that law in good faith, they would react with dismay at the unintended consequences and would quickly and publicly fix the problem. “Oh no, let’s hurry up and get those voting places up to ADA code,” or “Goodness, how could we have missed that? Let’s amend the law to exclude the street address requirement from Native American reservations!”

But they don’t. Indeed, they fight tooth and nail to preserve those unintended consequences.

Because — and follow this closely — these are not unintended consequences. The Republicans pass these laws specifically to exclude certain voters[5] from voting.

They’re lying if they say otherwise.

[2] The individual mandate was the Heritage Foundation’s response to Hillary Clinton’s healthcare proposal back in the 90s. They weren’t about to let all those poor people get free healthcare, so they put in the individual mandate so that everyone would have “skin in the game” (and still allow the insurance companies to feed off our healthcare). After Mittens Romney instituted the plan in Massachusetts and it worked, Barack Obama adapted it for the Affordable Care Act. Suddenly the idea was anathema to the weasels at Heritage because freedumz. Odd, that.

2 thoughts on “They’re lying, of course”