The northeast corner of the labyrinth has been neglected for years.  Nominally a quiet sitting area, with a redwood glider nestled among ferns and lily-of-the-valley, it became an overgrown dead-end — lovely to look at, but useless as a meditative station.  Also, the redwood slats were rotten.

So when my brother-in-law Daniel made us a lovely bench for Christmas, I knew it was time to rework that corner. I pulled out the glider and began yanking out the undergrowth, clearing a spot for the new bench.  I cut a 3×5 foot piece of RAM board to give me a guide as to how much flagstone I needed, and to keep some of the undergrowth from growing back.

This was over a month ago, and that’s where the trouble started.  For years I have been heading out to Mulch & More on Highway 34 for my flagstone needs, but this time I was told they had a new policy: whereas before they had an open pallet of flagstone standing on its end so you could riffle through like records,[1] now they leave it lying flat and you have to buy what’s on top.

However, what was on top were small pieces of flagstone for which I had no use. I asked about the policy — they changed because they were getting stuck with “a lot of waste.” Hm, I thought to myself, and now you want me to buy your waste?

But I was determined to kill with kindness.  I kept going out there twice a week, smiling and waving and cheerfully leaving when there was nothing I could give them money for because no one else had given them money for the stone I couldn’t use.  Finally, this Monday, there was a piece of flagstone on top I could use.  I bought it, pointedly telling the office staff that it was great I could finally give them money for one piece of flagstone.  The young man who assisted me out in the yard confessed that he thought the policy was self-defeating, but what is one to do?

I posted about it on Facebook, and Craig recommended I try Vining Stone out in Sharpsburg. Yesterday I drove out there, and you will scarcely believe this, but even though they have basically the same policy, they’re not idiots about it. (Their words, actually.) I came home with plenty of stone to finish my project. 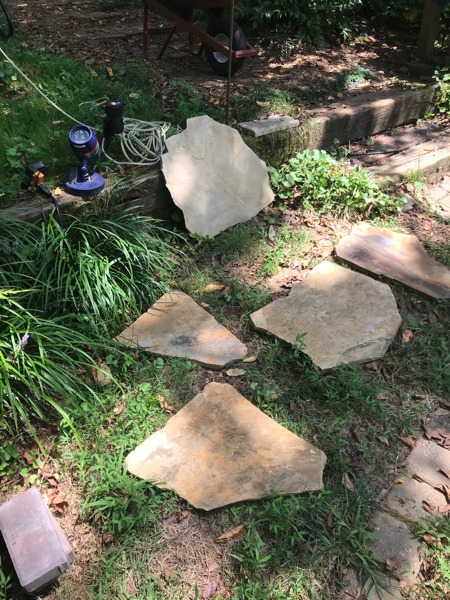 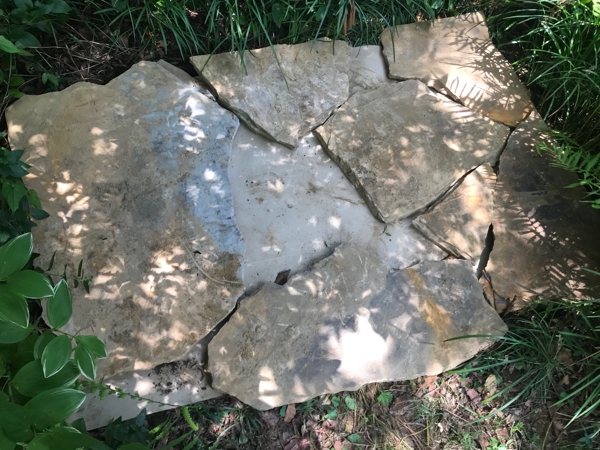 I had to take all of that out in order to till the soil and rake it flatter. 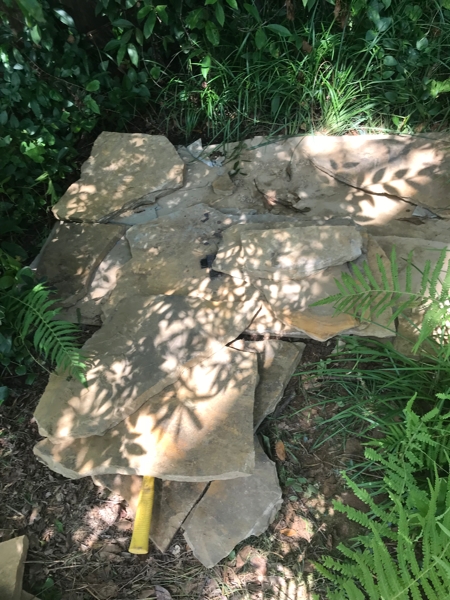 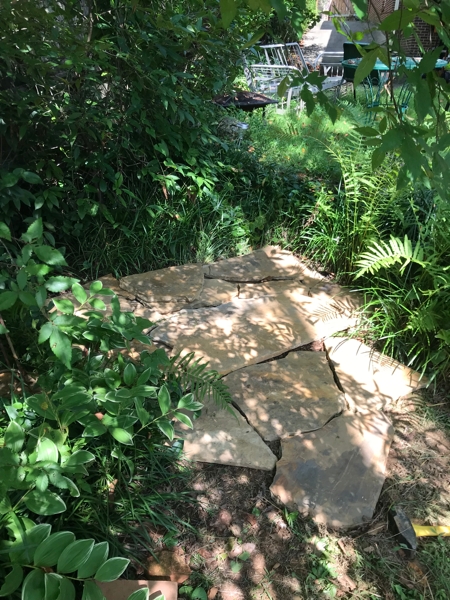 For an Abortive Attempt, it will do. I’ll revisit it in the coming week. I can reshape some of the stones for a tighter fit, and I’d like to make the apron circular. 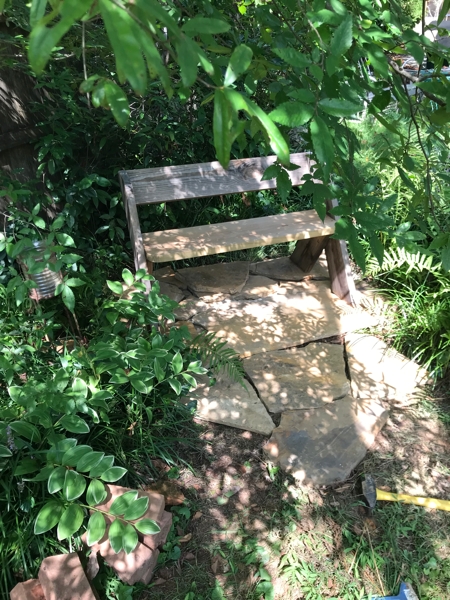 The next Successive Approximation will find a way to include these: 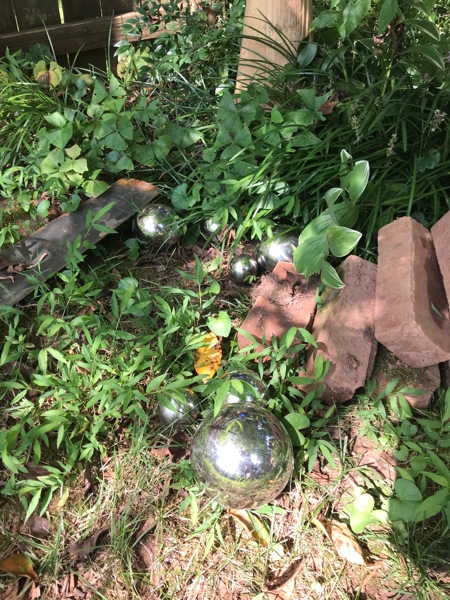 Anybody got a way to drill large holes in flagstone?