When last we left our hero, I was working on leveling the granite circle in the center of the labyrinth. I was also excavating the drainage system beneath the bowl, and creating a seal between the bowl and the other components so that leakage of dirt into the bowl would not be as big a problem for the next ten years.

I leveled the quarters with paving bricks, and replaced the river stones in the drainage pipe. 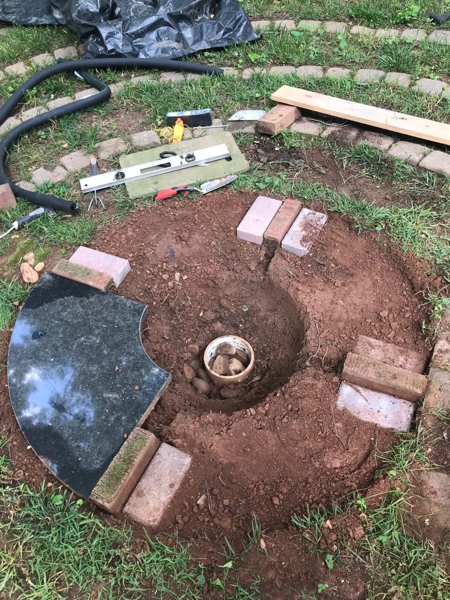 I placed the bowl back in place and began fitting the rubber pipe insulation around the rim. 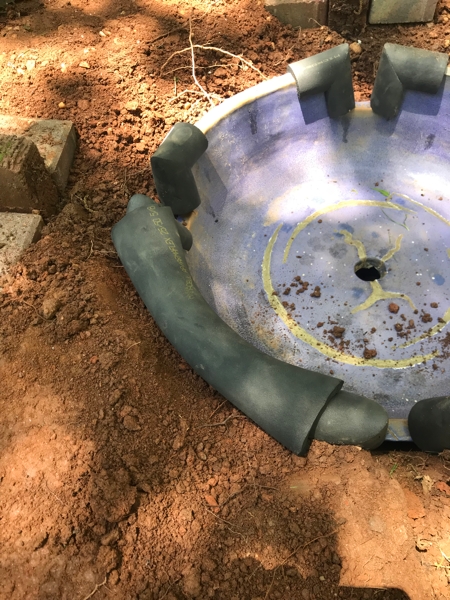 I tested for the gap.  On the east side, the rubber gasket idea was perfect.  On the west side, though, the gap was bigger.  I considered leveling the bowl, but there’s a second, tiny drain hole on that side so I left the bowl tilted.  I adjusted the gasket level instead. 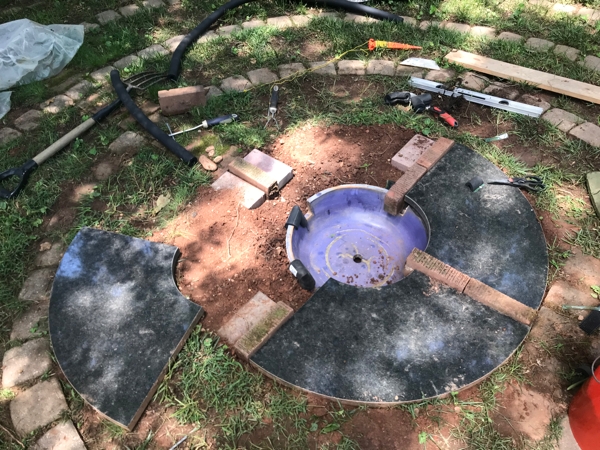 Also, the L-brackets showed when the granite was reinstalled, so I cut those in half. I ended up cutting the long pieces in half as well, and using the built-in adhesive strip to hold it in place. (Hold that thought.)

Finally I was done. 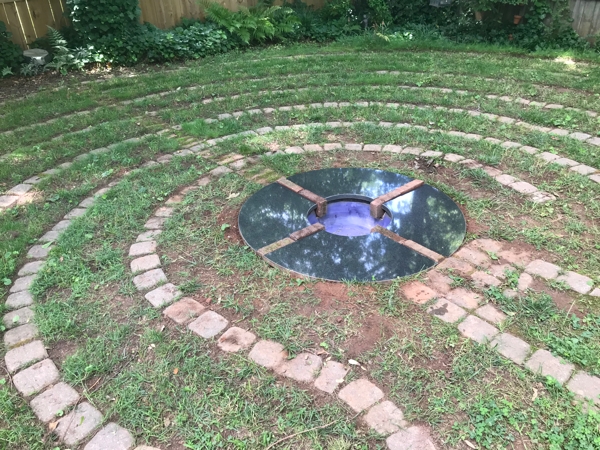 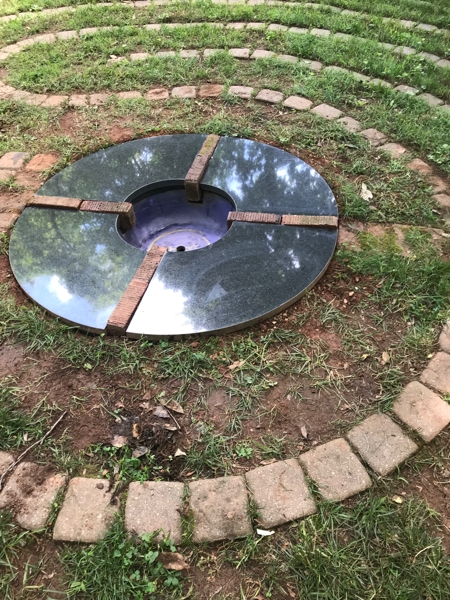 As I walked away from it, I realized that rather than use the L-brackets and have a mishmash of unconnected pieces, I could just run a single piece of the long insulation all the way around.  Hm. After the hurricane gets done, I’ll re-explore.

Next project on my list: make a new endpoint for water.  Translation: the labyrinth is basically four long lines that wrap around each other, and at the end of those a couple of years ago I created little concrete markers with the alchemical symbols for the four classical elements. Unfortunately — and ironically — I used too much water in the endpoint for water, and so it immediately crumbled. 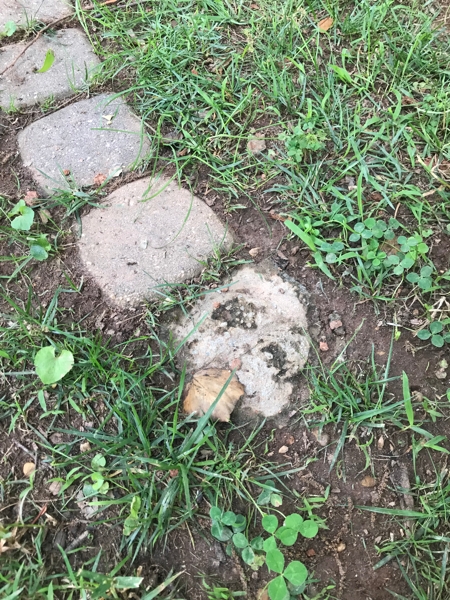 Even more embarrassingly, this is the second time I’ve done that. So I’ll redo it again, and finally water will look more like earth: 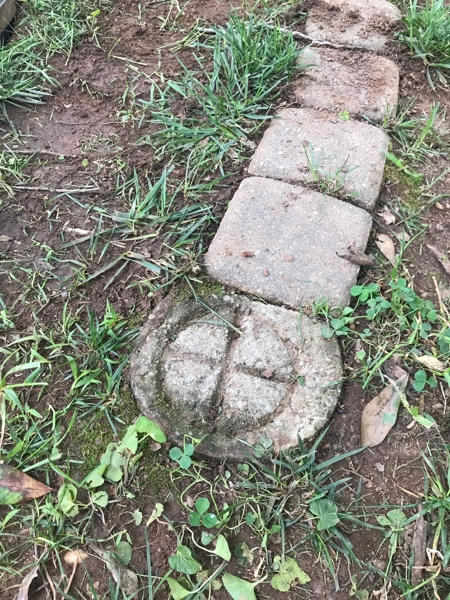