This meme popped up on a friend’s timeline: 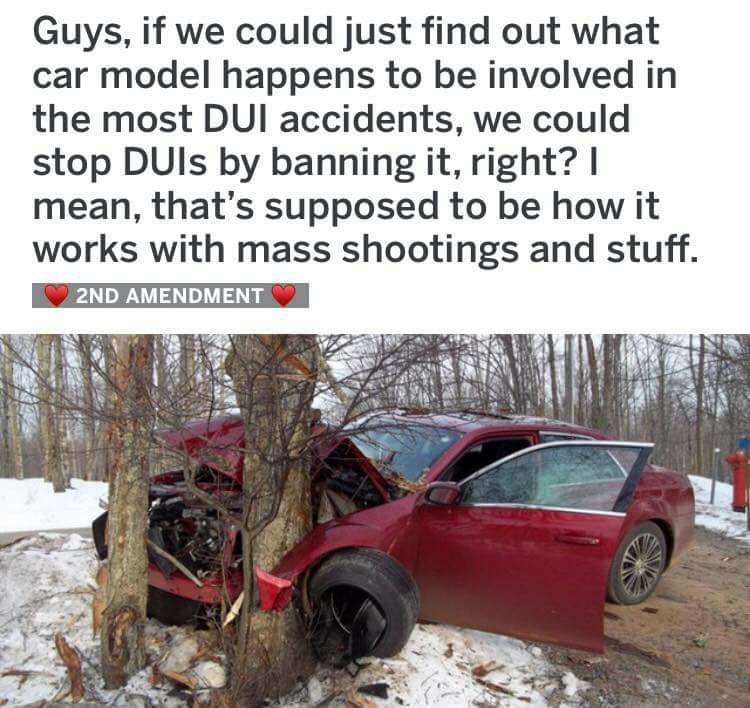 This doesn’t even make sense.

I know the pro-murder crowd thinks that the gun is just an innocent bystander in a mass shooting, just some kind of incidental ornament, and that “blaming” the gun is as ridiculous as “blaming” the car for the DUI. However, no one is blaming the gun. That framing device is sheer equivocation.

We will now let the pro-murder crowd work that one out.

One thought on “Another lame pro-murder meme”