…or at least that’s the only reasonable explanation for this: 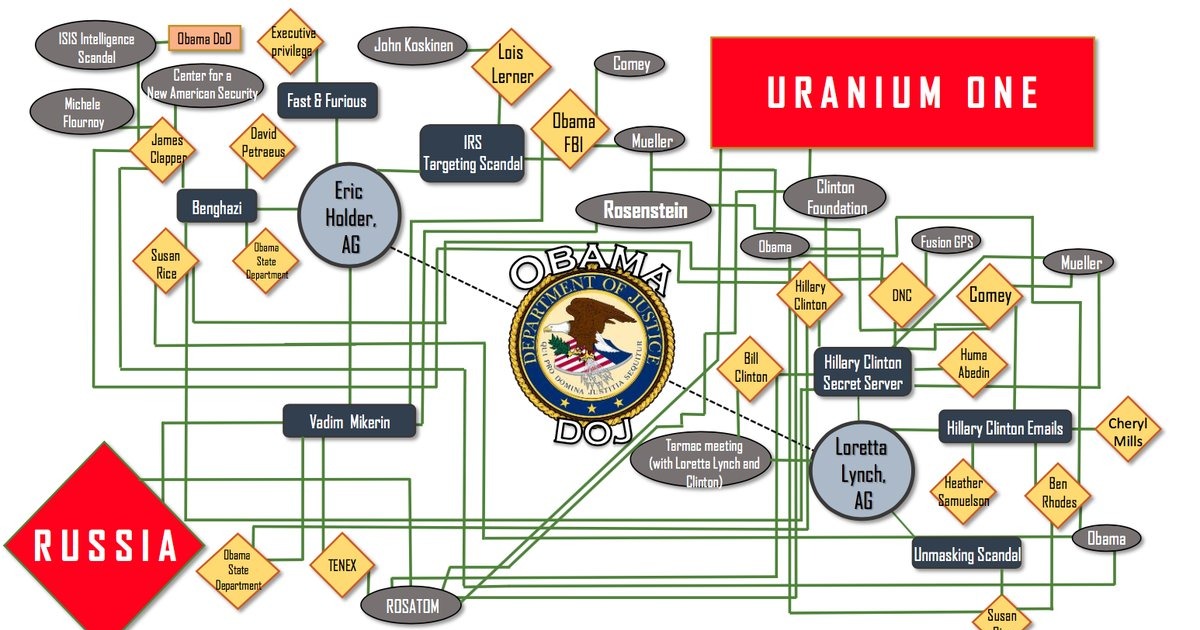 This is the chart Rep. Louis Gohmert (R-Derp) plopped out the other day during the House Judiciary Committee oversight hearing.  They were interviewing Attorney General Jeff Sessions, and some of the lesser-brained were asking/demanding that Sessions launch a special prosecutor to investigate ALL THE CLINTON URANIUM, KENNETH!

Okay. Let’s remind ourselves that a) Hillary Clinton didn’t approve anything, much less the sale of “all our uranium” to Russia; b) eight different federal agencies had to sign off on the deal, which c) involved allowing a Russian company to invest in a Canadian company that mines uranium in the U.S., and d) no American uranium was allowed to leave the country…

… so what the hell is this chart supposed to be telling us?

Actually, this is an easy question to answer.  This chart is telling us LOOK, A CLINTON! so that the amygdala-based lifeforms can get their life-sustaining shot of fear and anger.  There is no logical pattern to the chart.  It does not present any kind of evidentiary trail or connections. It’s just a conglomeration of buzzwords that make the wingnuts buzz.

Gohmert, who is not the sharpest spork in the knife drawer, was probably quite serious in presenting this chart.  If it were someone else, one might suspect him of being cynically manipulative, but Gohmert’s brain  — and the brains of everyone like him — actually works like this: lots and lots of ill-defined code words that swarm around his amygdala, giving him the energy to continue living.

If I were an elected representative in that meeting, I would be tempted to ask my esteemed colleague from Texas to walk us through the chart. On national television. I would probably interrupt to ask him to clarify the connections between items.  I would definitely ask him to state his conclusions in simple, declarative sentences.

Because I’m a mean, mean man.

This is who is voting on tax reform, people.