I haven’t ranted nearly as much as I could, given the opportunities that abound in our nation today.  Part of it is that the opportunities are such a fire hose.  I feel like I’m in one of those money grab booths: I’m being bombarded by all the outrages of the Current Embarrassment and I just can’t seem to grab just one.

Somehow, though, I was completely struck dumb by one of the outrages that flew past yesterday — YESTERDAY, KENNETH! — so you know it had to be spectacular.

For some reason, in the midst of the Mueller indictments/arrests/pleas, John Kelly, chief of staff and supposed “adult in the room,” chose to go on Laura Ingraham’s show and defend the Confederacy.  The topic was Confederate monuments — for some reason — and Kelly said, and I quote, “… the lack of an ability to compromise led to the Civil War.”

My reaction, and that of the entire internet, can be summed up thusly:

I can’t even. Once again I am rendered dumb by the brazenness of this administration.  I will let Ta-Nehisi Coates do the honors.

UPDATE: White House press secretary Sarah Sanders on the kerfuffle, i.e., Robert E. Lee being a dedicated slave-owner and similar niggling details: “All of our leaders have flaws, that doesn’t diminish their contributions to society.”

Wait, what?  She went on to list some of those men: “Washington, Jefferson, JFK, Roosevelt, Kennedy” — niftily giving John F. Kennedy two personæ in the process.

Okay.  Let’s see if we can suss out the problem with Sanders’ statement.  Here’s a quiz: 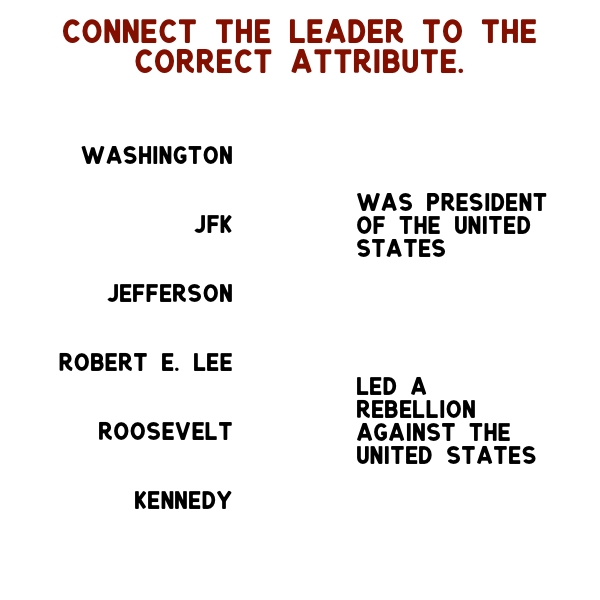 Sarah, sweetie, I know you’re from Arkansas, but ROBERT E. LEE WAS NOT ONE OF “OUR” LEADERS. This is a very, very hard concept for us Southerners to understand, but IT IS TRUE, KENNETH. 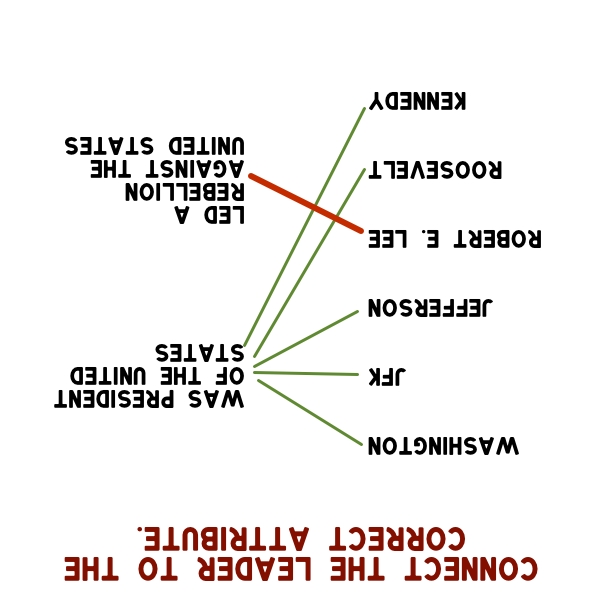