You will recall that we left the front garden a little bare, though tilled: 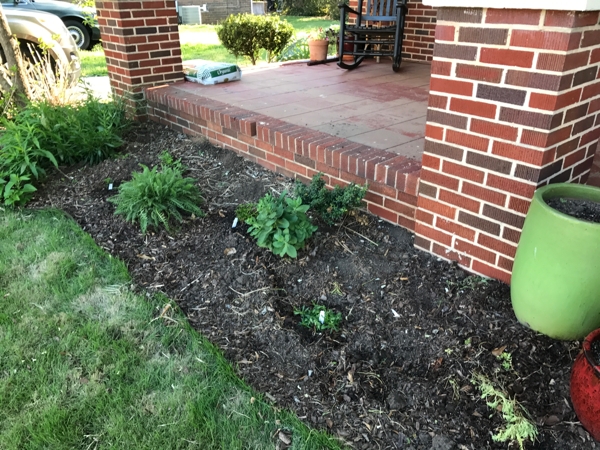 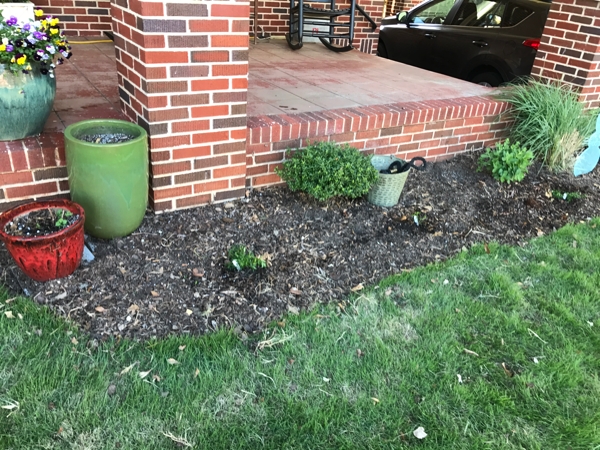 Finally the big order from The Growers Exchange arrived, Friday afternoon.  This was a bit problematic, since once one unboxes these plants, one is supposed to let them sit out of direct sun for a day or two before planting them, but no longer than four days.  The problem was that 1) on Sunday I had to go to Duluth for the State STAR Student selection process, not getting home until Tuesday; and 2) it was going to rain on Sunday in any case.

I like Growers Exchange; they’re good people, and they have interesting plants.  But I ordered these plants in December and they were supposed to be here mid-March.  That worked for me because starting in late April I was going to be pretty much unavailable till June: the aforesaid State STAR Student process, followed by Euphoria build weekend — packing for Euphoria — Euphoria — unpack — pack for the Danube — cruise up the Danube for a week or so, past our beloved homeland of Hofvonstein — unpack from the Danube — pack for To The Moon burn — To The Moon.  On June 6 I expected to come up for air.

However, the plants arrived.  I unboxed them, sat them under the work table, watered them, and told them they had 24 hours to acclimate.

Late Saturday, when the sun was on the other side of the house, I popped those puppies into the earth: 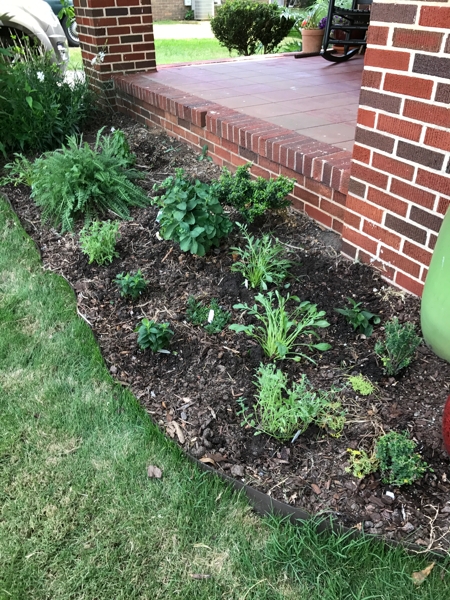 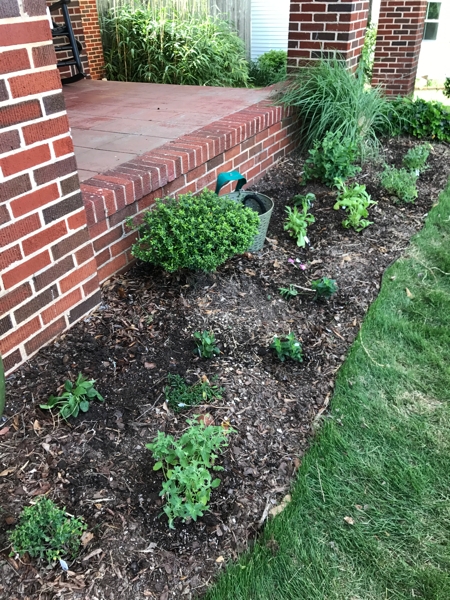 There was also the privet hedge area, but I didn’t get a photo of that.  Maybe Tuesday when I get home…