We all live in bubbles—it’s more comfy in here, isn’t it?

But some choose to live in some pretty dark bubbles.   On a whim just now, wondering what the conservative side of the world thought about Sean Spicer’s disastrous press conference where he idiotically compared Assad to Hitler (who didn’t even use chemical weapons, you guys), I went to the Fox News website and typed in Sean Spicer Holocaust.

This is what I got:

Here’s what Google gave me: 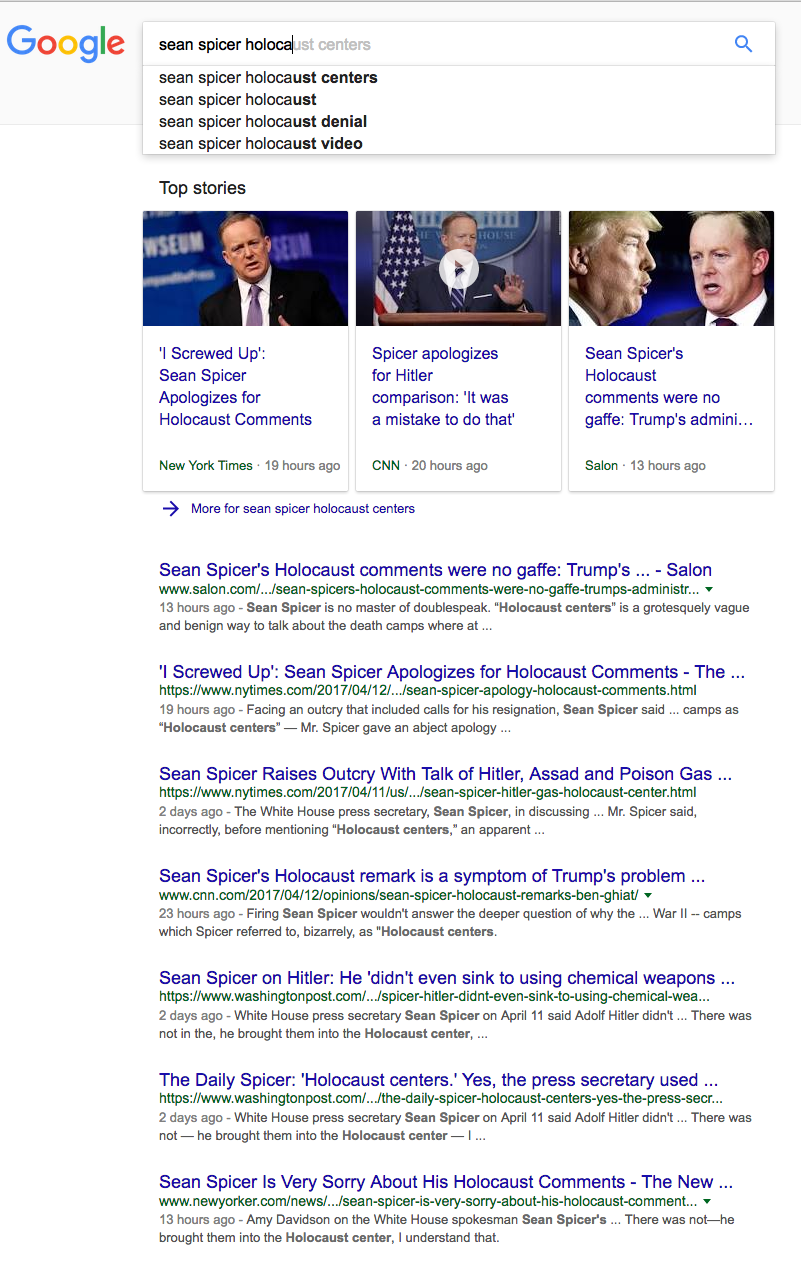 Not a fair comparison, you say?  Google is an aggregate search?  Fine. Here’s CNN: 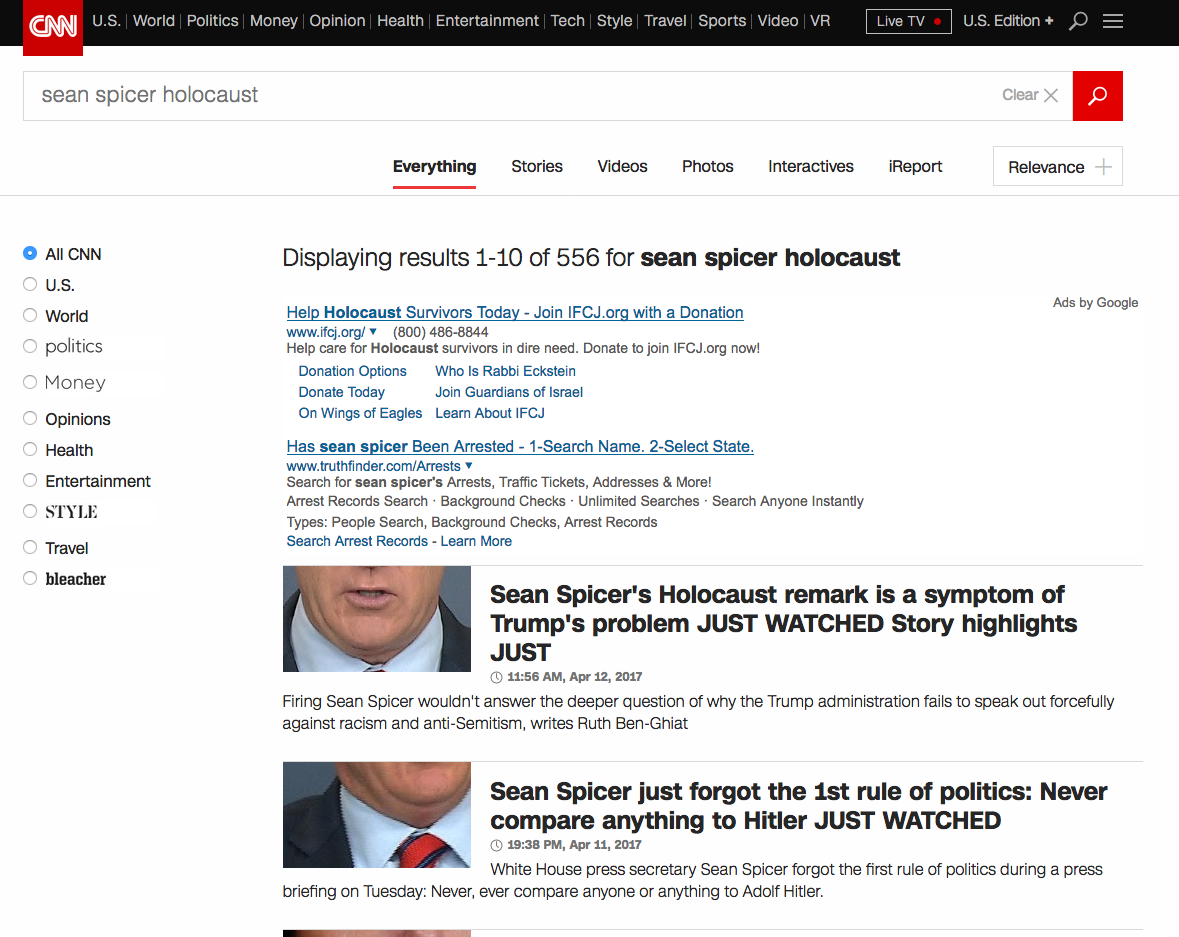 No, it’s not because CNN is “liberal.”  CNN is a news outlet, and Sean Spicer’s astounding gaffe was news.

Fox “News” chose deliberately not to tell its audience that this thing happened.  Fox viewers have no idea that the Republican Administration’s press secretary said that

“I think a couple things. You look — we didn’t use chemical weapons in World War II. You had a — someone who is despicable as Hitler who didn’t even sink to using chemical weapons.”

and that it went downhill from there.  (For a truly hysterical, laugh-so-that-you-might-not-cry summary of the debacle, see as always Wonkette’s take.)

A study done several years ago showed that people who watched only Fox News were less knowledgeable about current events than those who watched no news at all.  Even taking into account that correlation is not causation — people that blindered would seek a narrow worldview anyway — it’s still a reason why your rightwing relative thinks you’re an insane libtard.  Whenever you shower them with facts, their innate fight-or-flight mechanism kicks in: you’re a snotty, pointy-headed intellectual without any common sense.

It’s a pretty thick, dark bubble to be in.