So yesterday the Republican Administration signed a quickie little bill that encapsulates that particular party’s stance on the working person. Here, read the article.

tl;dr: The Obama administration put into place a regulation that says if you have a contract with the federal government, you have to document any labor/wage violations you’ve had for the past three years, the presumption being that if you’re a real dick to your workers, the federal government might want to give our tax dollars to someone who isn’t stealing them from their employees’ paychecks or killing them outright.  Emphasis on might; the rule was not ironclad. 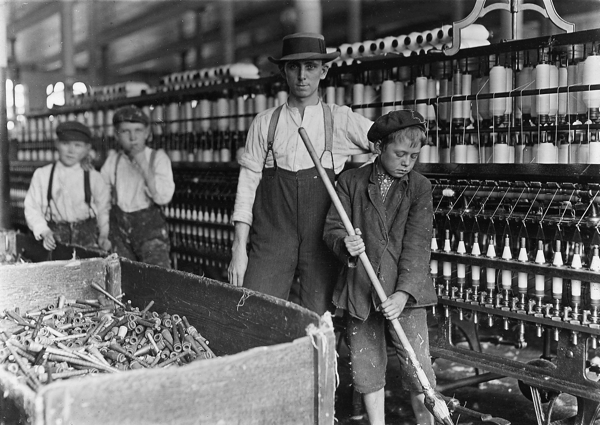 However, even that was too much for our captains of industry, and so they got their employees (aka Congress) to fire up the Congressional Review Act and overturn the regulation.  The CRA is a particularly nasty little piece of procedural fuppery that says a Congress can overturn any regulation within 60 working days (which for our Congress could be nearly an entire year) and then prohibit the re-introduction of that regulation or anything resembling it unless the Congress passes a law doing so.

Here’s the deal: companies can skirt the labor/wage laws with near impunity.  They can require you to work overtime without compensation (another recent CRA triumph); make you work in unsafe conditions; limit your hours so that they don’t have to pay you benefits; etc etc etc—and 99 times out of 100 nothing will be done about it.  The workers affected by these kinds of things are usually low-wage workers without agency.  They can’t stand up to the boss because they can’t afford to lose their jobs.

So the previous administration decided that perhaps the carrot of easy federal money could be supplemented with the stick of lawful compliance.  You’d think that wouldn’t be too much to ask.  You know, follow the law, we give you our Ameros.  Seems simple enough.

What gets to me is why this should even be necessary. Your company screws over its workers?  No Ameros for you.  Period.  You’re breaking the law.

But for the Republican Party, those laws are the problem, and any regulation that seeks to enforce them is a Bad Thing.  If they could overturn the laws themselves, they would, and my advice is to keep your eyes peeled and count the silver.