The problem is that the new fence was designed to cut straight from one neighbor’s fence on the right to the other neighbor’s shed on the left—and the original chain link fence hugged the retaining wall before jogging over to the shed.  Hence, I lost two–three feet of landscaping, as seen here: There is actually one of my ferns on the other side of the fence now (which, it just dawned on me, I can go dig up and move…) I’m also missing several cherry laurel saplings which framed the westpoint bowl rather nicely.  Oh well.

The area’s been problematic anyway: the slope of the ground there means that the bricks are always being covered with dirt washing down the hill. It’s impossible to grow grass there, and the battle with the ivy and the thorns is never-ending.  So revamping it is a net plus, actually.

First, take up all the bricks: 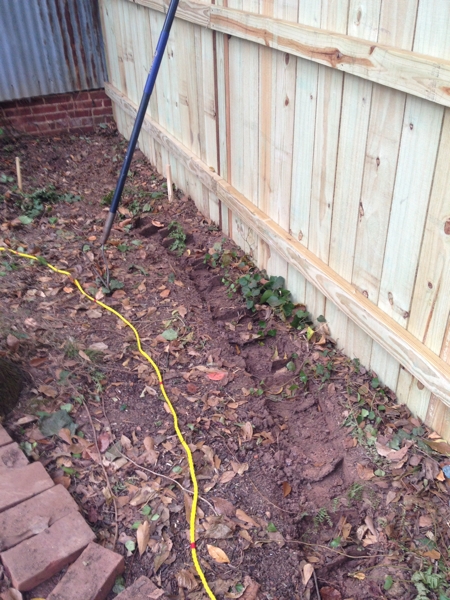 Here’s what I’m thinking: define an extension of the mostly level labyrinth area, build a mini-retaining wall, fill in the space with dirt, re-establish the brick edging. 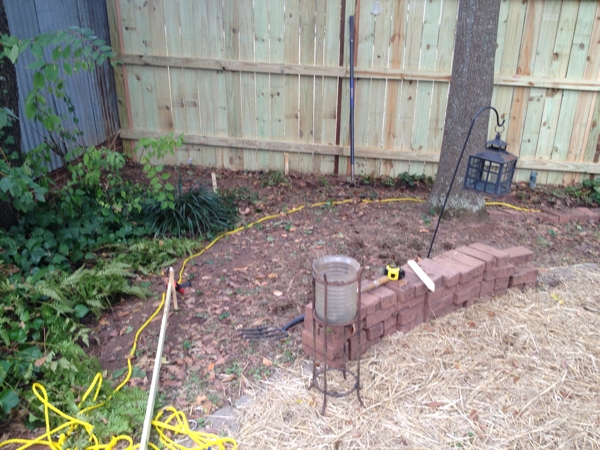 Install some stone steps leading down to that back corner and resurface it with paving stones, perhaps as a little sitting nook? I’ll let this sit for a couple of days to see how it grows on me.