The labyrinth of the 3 Old Men ritual troupe: a multicursal labyrinth with four entrances/paths to the center.  Each path splits twice on its way to the center, where the participant finds a temple bell he can ring and a small altar where he can leave and take small gifts.

For those just joining us, the labyrinth was designed originally to be taken to Burning Man and as such had a few basic requirements: it had to be easy(ish) to set up; it had to be pretty visible so hippies didn’t trip over it in the dark; and it had to leave no trace.  The solution was 16″ plastic tent stakes and nylon rope.

We haven’t made it to Burning Man yet, but the Georgia burns are fun enough without the hassle of driving to the middle of the Black Rock desert and having to survive there for a week.

The aesthetics of the thing always bothered me, since neon orange and yellow are not exactly conducive to a contemplative state, and so I proposed that we[1] create fabric walls that would be slipped down over the stakes, ditching the rope.[2]  We applied for funding from the hippies, got it, and I spent last summer creating that. 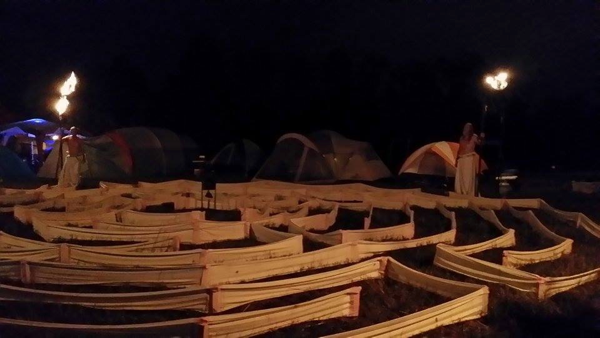 As I designed the walls, I was already planning ahead for Phase 3, because we knew that life, the universe, and everything would be much improved if the labyrinth lit up, you guys! So all the walls have a 2″ channel sewn into the top for lights to be threaded through.[3]

So here we are.  A couple of the troupe are planning to take it to Apogaea, the Colorado burn in June, and so we’re looking at that for our debut of Phase 3, and if not then, then Alchemy this fall for sure. 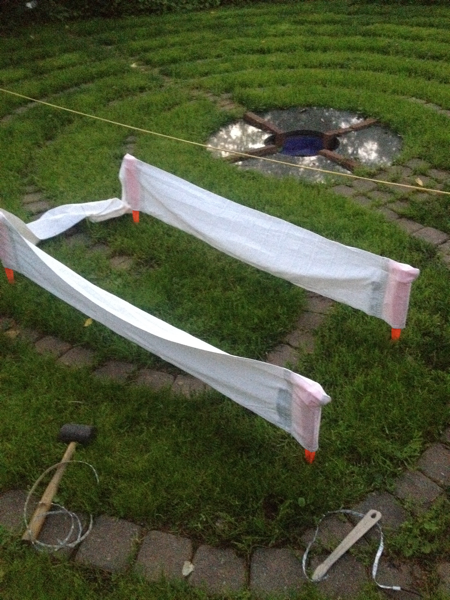 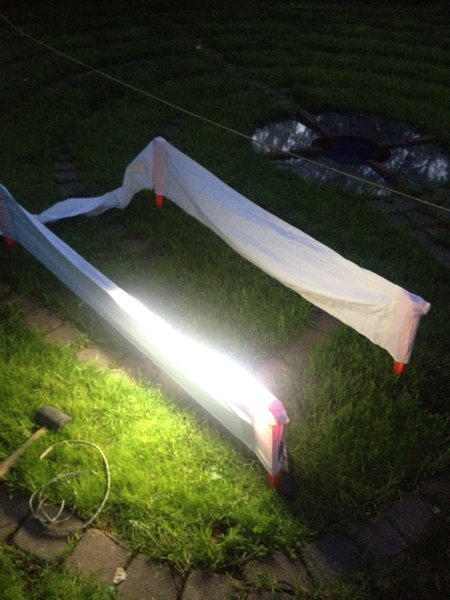 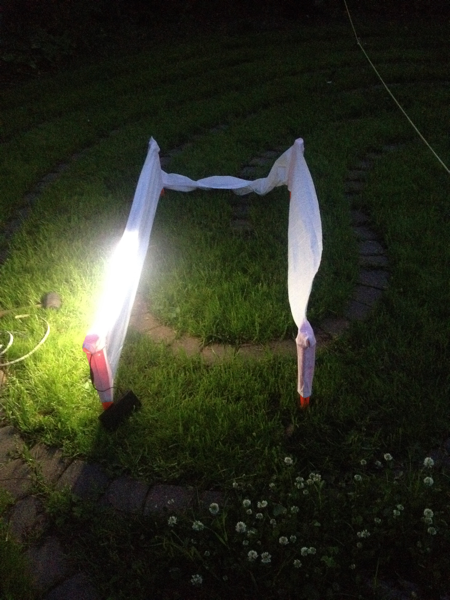 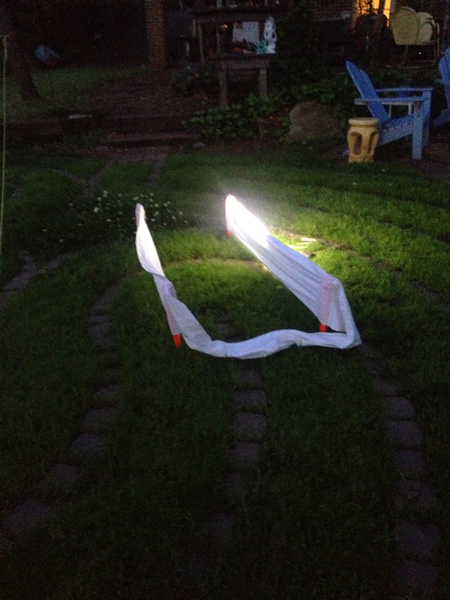 Threading it will be perfectly lovely.  The plan is to run the lights through the four “long” walls.  Here’s the design: 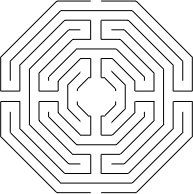 Those long walls are the ones that start at the top and the bottom and snake their way to the center.  One of the issues with lighting the thing is that there twelve walls altogether, and how does one do that without a lot of complication?  As you can see in the test photos, lighting the long walls will illuminate the short walls on either side.  If we want to figure out the short walls later, we can.

There is probably a Phase 4, in which we program the lights to pulse gently, or even to send gentle pulses along the length to the center. WOULDN’T THAT BE AMAZING YOU GUYS?

However, we’re still in Phase 3, and one of the issues is the actual threading of 100+ feet of LED wire through the walls.  We will need a bodkin or two; for this short bit, I made a heavy cardboard prototype: 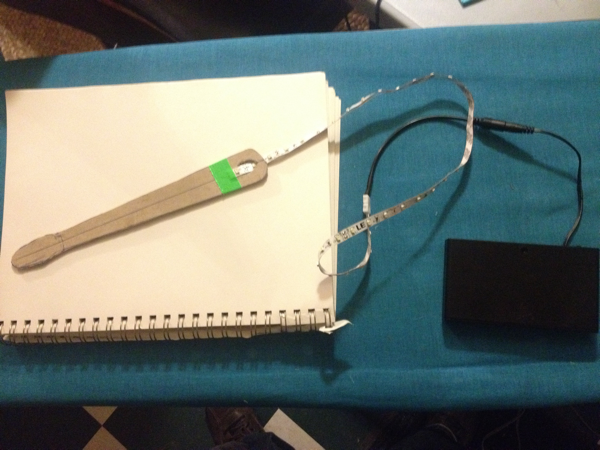 Right, it’s like a big needle, but instead of a sharp point it has a bulgy tip so that after you shirr the fabric up the shaft, you can grasp the tip to pull the fabric off the other end.[4]  I envision a completed version as wooden, about 18″ long, and round instead of flat.  I have a simple arrangement of grooves at the back end rather than an eye to hold the tape in place without bending/breaking it.  So who has a lathe and knows how to use it?

[3] Except, ironically, the four long walls, which is what we’re planning to light.  More sewing this week.