In yet another post on How I Did It, a tutorial on how I added the inserts to the fabric walls of the 3 Old Men labyrinth.

You will recall that I laid out the labyrinth recently and made the executive decision simply to whack two of the long walls so that I could adjust them to match the measurements of the long walls that seemed to be accurate.[1] 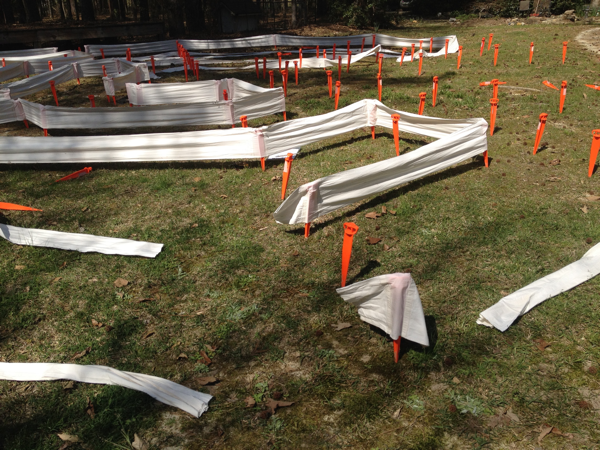 Yesterday, I finally set up my sewing station in the basement and got to work.  I was dreading it for several reasons, not the least of which was that I have been prone to poor conceptualization of these issues and thus mismeasurement.  But as far as I can tell, this was an easy task. 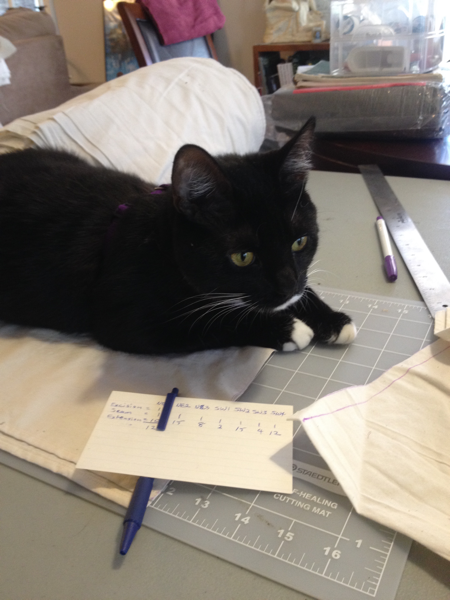 I had the forethought onsite to write down the length of the gap that needed to be filled and to pin the two edges together along with the measurement: 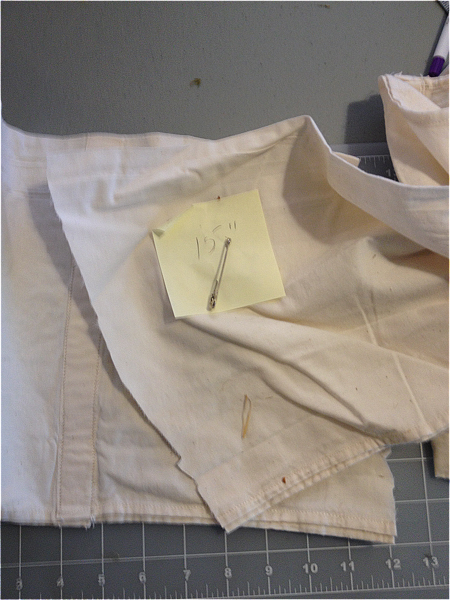 Since I hacked through the walls with a pair of shears, the cuts were neither straight nor even, and so my first task was to straighten the edges of the cut.  This means another loss of fabric which has to be taken into account in the measurements.  Fortunately, so far, I can standardize that cut as 1″. 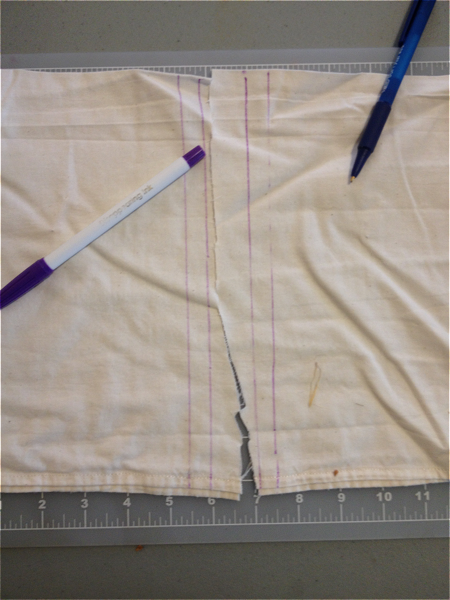 I’m using 1/2″ seams to make all the math easy.  After lots of laying out and fretting and measuring, I developed a formula to calculate the length of fabric for each insert: excision + seam allowance + extension = insert.[2] 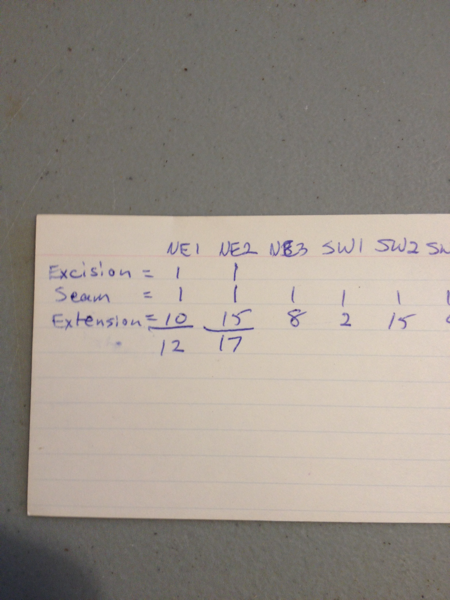 From here it was astonishingly easy.  Seam, then overcast the edges: 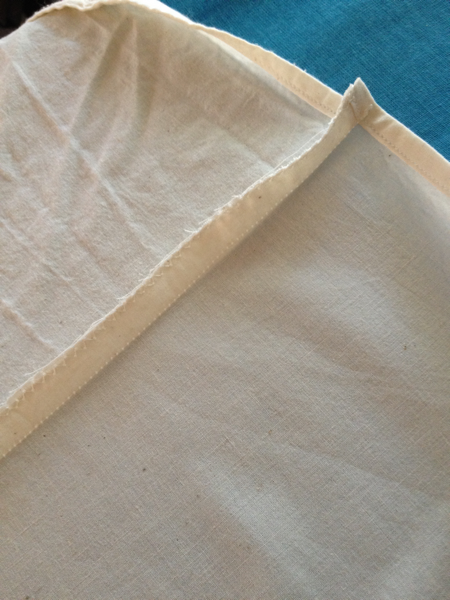 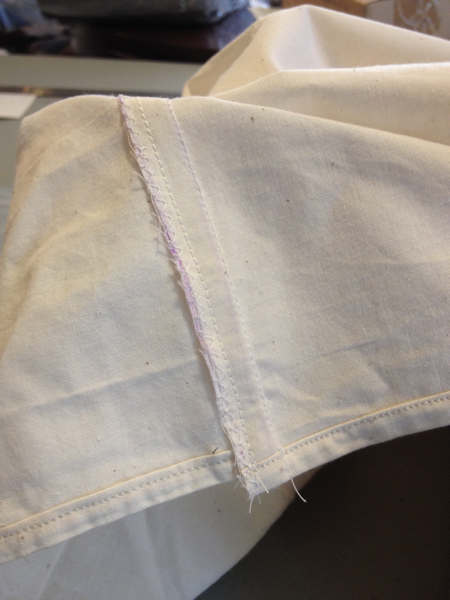 (No, those bottom edges don’t match.  You might be astonished at how much this cannot be seen and does not matter when you are Camping With the Hippies™.)

And finally, the insert is finished: 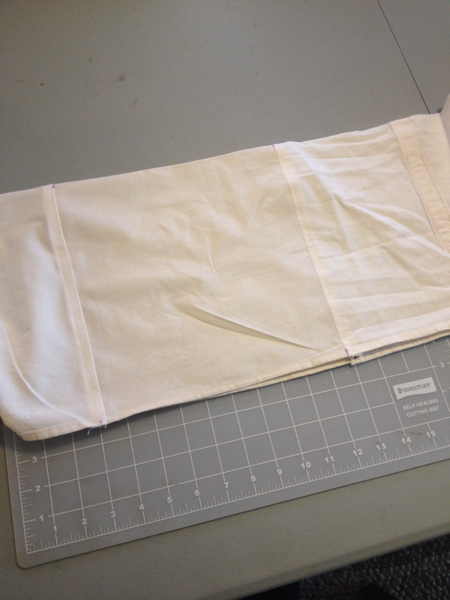 Pro tip: don’t make your cut so close to the pocket for the stake.  You can’t actually lay out that edge flat.

The good news is that I knocked out the three inserts in the northeast wall in short order.  I should be able to knock out the four in the southwest wall today.

The serendipitous news that that the leftover scrap of wall fabric that I started with had exactly enough fabric to do the three inserts.  EXACTLY ENOUGH FABRIC, KENNETH!

[2] Crap.  You are correct.  I did not account for the seam allowance on the original wall pieces.  My measurements are off by 1″.  Oh well, that’s not a horrible mistake and won’t be noticeable. However, I’ll correct that today. (In Lichtenbergianism, this is called SUCCESSIVE APPROXIMATION.)[3]

[3] update: I was wrong about being wrong, I think.  At any rate, I went back to my old calculations.