This one was an accident.

Here’s how it goes:

Yeah, that’s a big jump between the Old Pal and the New Friend, but it works.  You can read about it at Serious Eats.

But then I messed up.  In pulling ingredients, I got the rye and Aperol but then had a brain-fart and grabbed the new bottle of Amaro Nonino, which is not the same as Cocchi Americano.  But the drink was scrumptious, so I finished it before trying the actual New Friend.  (The Cocchi Americano is a vermouth, so it had a brighter, grapier flavor than the mellower Amaro Nonino.  Slight preference to the Amaro Nonino.) 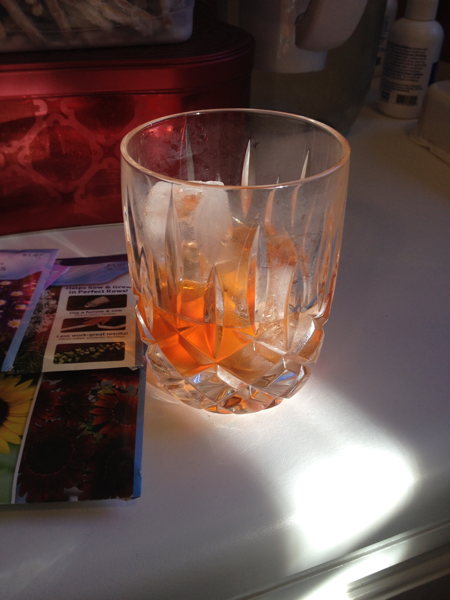 Stir with ice, strain into glass, garnish with orange peel.