Yes, I know I was supposed to blog about travel tips and swag as well as explain to you the different personality approaches to experiencing woo.

Too bad, because I have a new cocktail.

I may not have mentioned that I’m starting to experiment with making my own bitters.  Nothing real yet, but I have beaucoups Mason jars of tinctures: 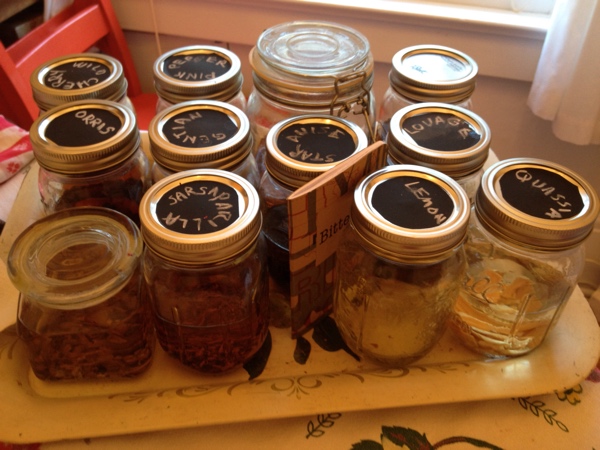 Things like orris root and quassia and yes, sarsaparilla, all soaking in Everclear™ and ready to be used.

But how?  That was the question.

Recently—I’m going to claim that it came to me during the woo experiences in Sedona—I had the idea to create a thing called “tincture cocktails.”  The concept is very simple: some vodka, some tincture, possibly some citrus, and probably some sweetener.  It’s new, it’s hip, it will sweep the nation.

And after a few mis-starts last night, we have a winner.  (We actually have two, but I have to acquire some caramel liqueur to double-check the second one.) 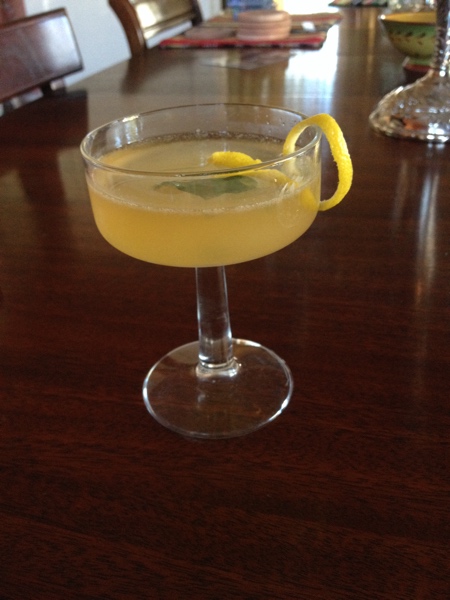 Shake the liquids with ice.  Pour, and garnish with the lemon curl and a bruised stevia leaf.

It’s very tasty and a good start to my new cocktail/bartending empire.