First of all, you may recall that I blogged about re-jiggering [see what I did there?] the recipe for a margarita calling for árbol chile tincture, among other twee ingredients.  I am now calling it “Dale’s Magic Margarita” and it’s still tasty.  I double-checked it yesterday.  Okay, I triple-checked it.  It was delicious.

I have planted an árbol chile plant in my herb garden, and it’s started producing.  The internet says that the eftest way to dry the chiles is to put them in your fridge, so I’m trying that experiment.  When the summer is over, I shall have enough chiles to make a lot of the tincture, so… 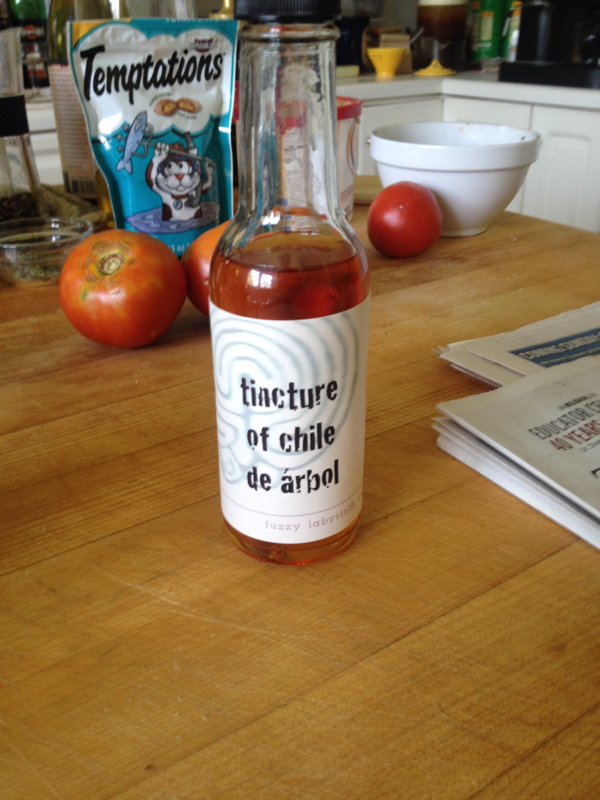 Guess what everyone’s getting for Christmas?

Side note: I ordered a dozen of the 5 oz bottles.  They’re called “woozy bottles” from the what-else-should-we-call-it cap insert, that little plastic thing with a hole in it that you squirt bitters out of.  However, I just discovered yesterday that these are just the bottles, sans woozies.  I found the woozies at specialtybottle.com, where I can see that I will be spending more money in the future as I pursue my new interest in tinctures, syrups, infusions, and bitters.

Today, I set about making a dandelion & burdock syrup.   D&B, as it is not called in Great Britain, is a soda flavor, and I found a recipe for the syrup.  Easy-peasy, and it’s done.

The reason I wanted to make this stuff is to recreate the Root Daiquiri, an especially delicious cocktail from my favorite bar anywhere, Sovereign Remedies in Asheville, NC.  Their recipe also includes sarsaparilla, but oddly that is not immediately available in Newnan, GA, so my first attempt is without it.  More work is required. 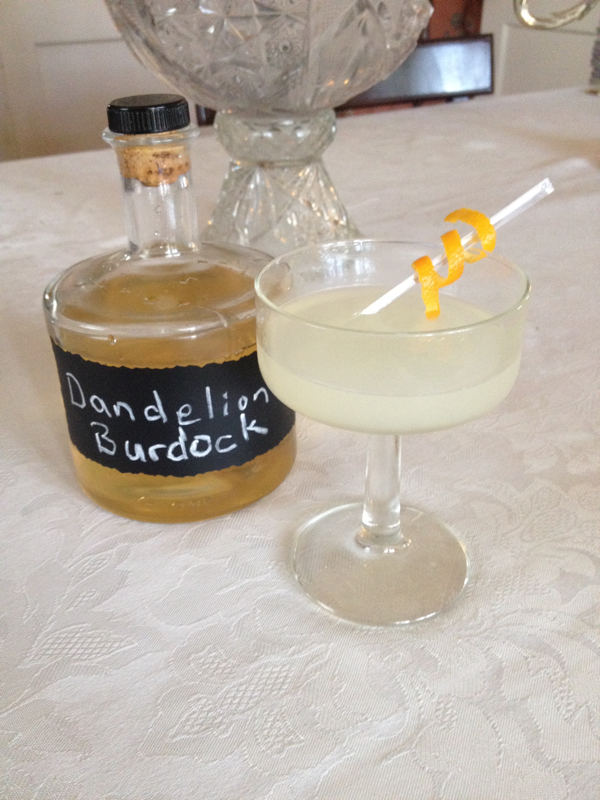 It is nonetheless quite tasty.

(By the way, the D&B bottle has chalkboard tape on it you guys!  You can find it—along with whiteboard tape—at Office Depot.  Besides being just cool as beans, it’s also temporary: you can remove it from most surfaces.  In the photo above, I’ve trimmed the edges with deckle-edge scissors because hipster.)

My next venture will be to create a tincture of lovage, a cool herb that is kind of a peppery/celery flavor, from which I will make a lovage bitters.  Don’t ask me how I will use it.