As the weather warms, little green things begin their return to the labyrinth. 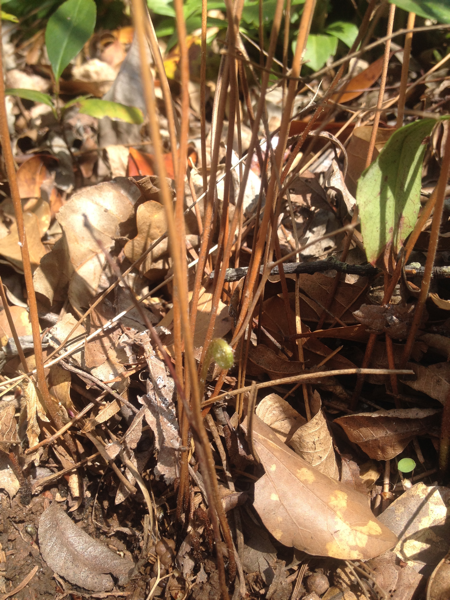 See that tiny little fuzzy, curled shoot?  It is the reappearance of the fern-like vine—no, I don’t know its name—that appeared a couple of years ago.  All those brown sticks are the remains of last year’s growth, and it’s already put out more tendrils since I took this photo.  I had set up a wire cage for it to climb on, but this year I bought it its own home: 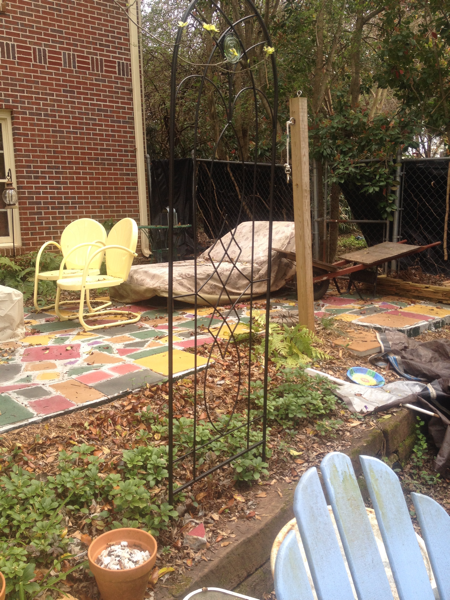 That should give it plenty of room to express itself.

Another vine that just sprouted last year has returned, this one sending out new growth from the old: 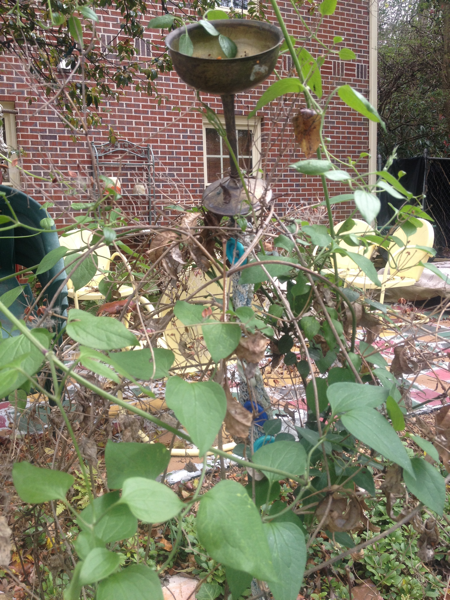 Now that I know this, I can cut it back a little bit next year.  This doesn’t look like much, but it puts out hosts of delicate little white flowers that have the loveliest smell, and then the flowers turn into these ghostly seed pods: 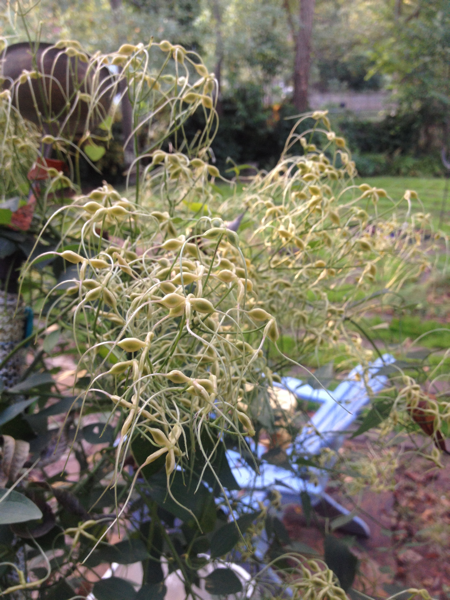 Those dry into fluffy seeds waiting to be carried away by wind and rain, although most of them are still in place.  (If you’d like some to start your own vine, let me know.)  I don’t know the name of this vine, either.

Ferns are beginning to return, including some male ostrich ferns I planted late last fall and which promptly succumbed to the cold.  I was very pleased to see them make it back: 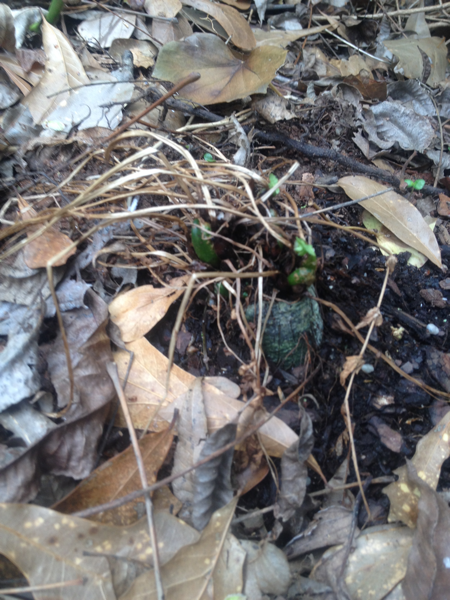 The only place where growth is not happening is in those pesky bald spots in the labyrinth.  A couple of weeks ago, when it began to warm up and before it rained, I targeted those spots with specific loving care, raking out the areas and sowing fescue.  So far?  Nothing: 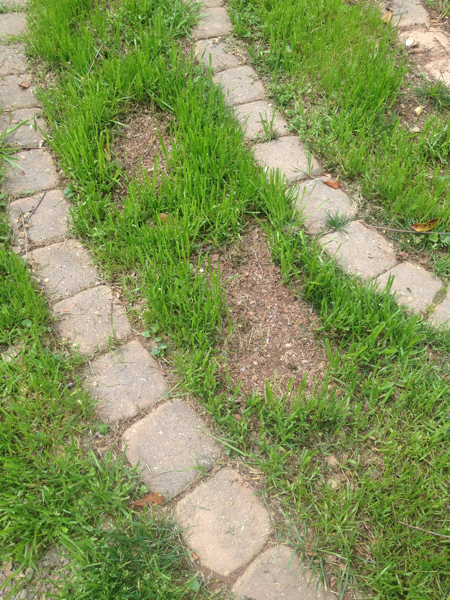