I was unDecoratoring™ on Friday, and my main task was to take down and store the back tree.  (Yes, we have multiple trees—it’s the Decoratoring™ Way!)  I had successfully removed the top tier when I was struck with the image before me:

(Pro tip: leave the tree plugged in and turned on as you disassemble it; as you unplug each section, the extinguished lights tell you exactly where the joint is between sections.)

There was something about this that was kind of creepy, even surreal: a Christmas tree, fully lit, that just stops two-thirds of the way up.  So I took a photo, and then I played with it in Pixelmator, which everyone says you should own instead of PhotoShop if you’re just a dilettante, and I agree. 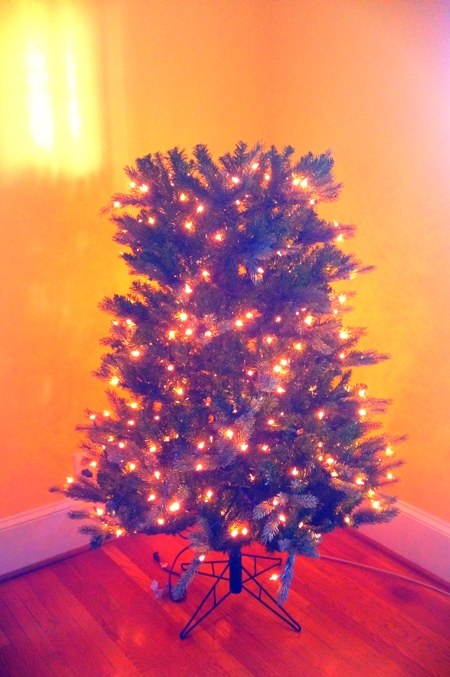 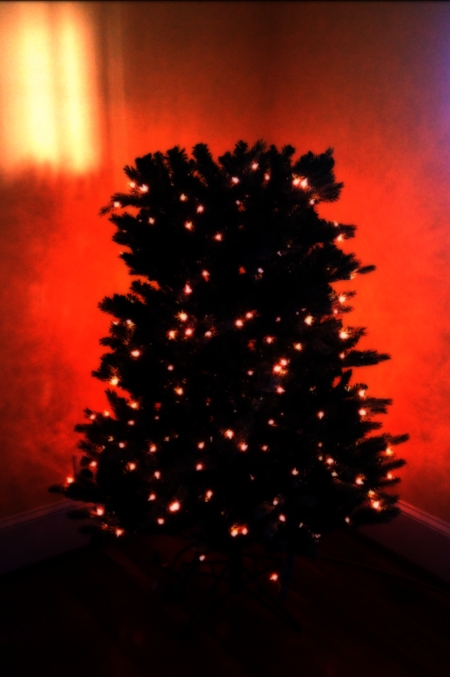 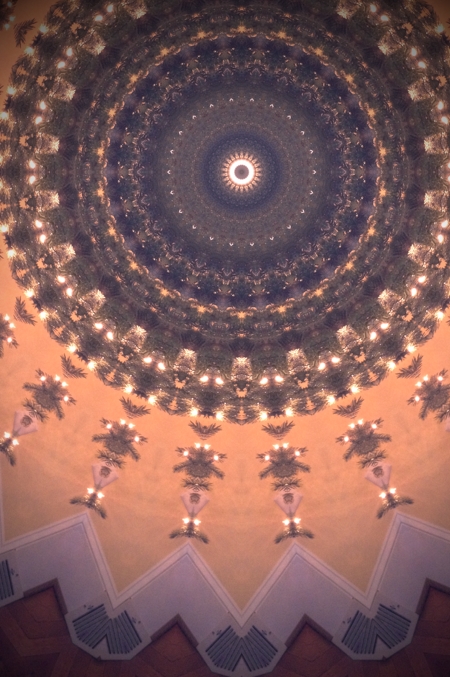