Art is an ugly ugly business, you guys.  It just lies there, laughing at you, taunting you with its eternal and unattainable perfectability.  And you should try doing it on a curved surface sometime. 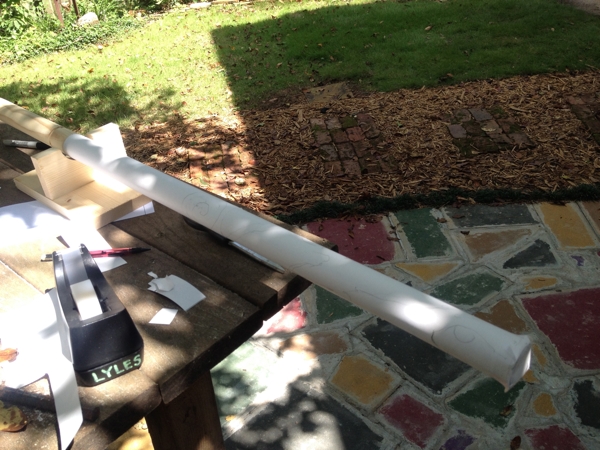 Here we see the staff wrapped in a rectangle approximately 4.75 inches across, that being the circumference of a 2-inch circle—despite my earlier calculation of 6.25 inches.  Don’t know who did that math.

I had found an image of a lizard that I liked, but it didn’t really work when I wrapped it around the staff, and so here I am free-handing the design onto the staff.  The problem is that there’s not a lot of room in less than five inches; the lizard’s claws kept overlapping.

Anyway, eventually I just traced it in marker and cut it off: 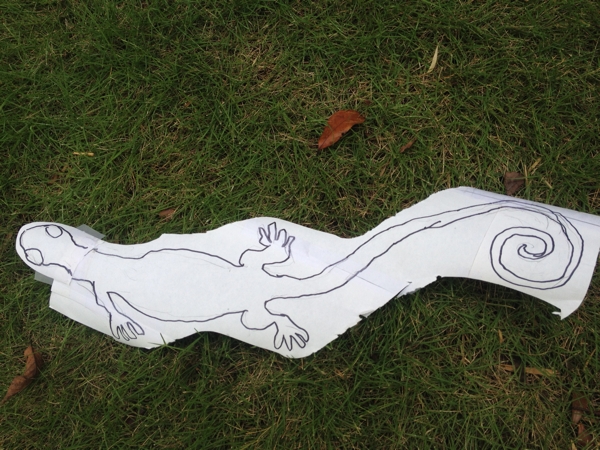 You see what I mean about art being ugly.  And the round surface—the poor thing doesn’t even have a right front limb.  It looks decapitated as well, mostly due to the fact that my original concept had the animal kind of draped over the top of the staff, i.e., the body going up one side and the head coming down the other.  But there was no room.  That’s why the creature’s left limb looks as if it’s been broken—I was trying to fit the claws in around the head.

So out comes the tracing paper: 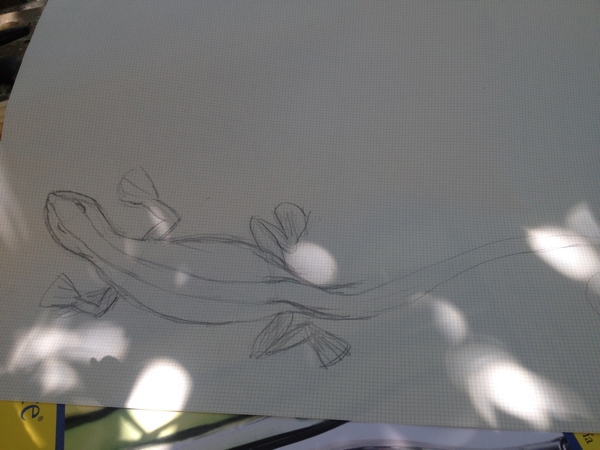 You will recall how yesterday I referenced the joy of having the correct tools.  This is certainly the case with me and art supplies; for almost any project you can imagine, I have what we need.  Earlier this year, in fact, I swore an oath that I would make time each day to “waste art supplies.”  If I had actually done it, I would have had enough art supplies to last quite some time.  But I haven’t done it.  Good thing I didn’t blog about it.  (Or maybe not making it a public thing is why I didn’t do it…) 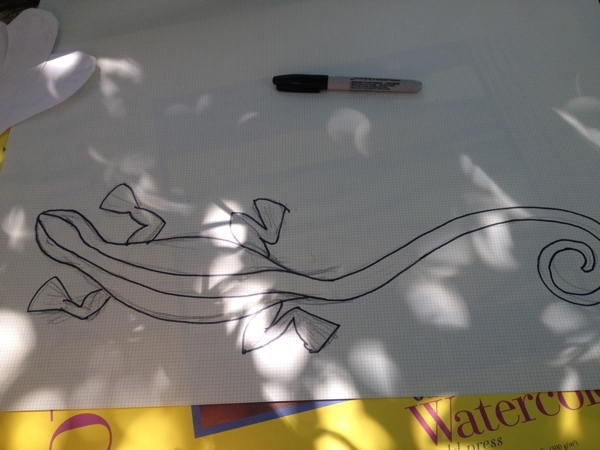 So this guy gets cut out, wrapped around the staff, and tinkered with.  I spent a lot of time making sure that he was “anatomically correct,” in the sense that the legs are in opposition.  I actually sliced off all four limbs and retaped them at different angles in order to get them to fit on the staff.  And it still didn’t match the mythical fuzzy image somewhere in my head.

And a final re-tracing: 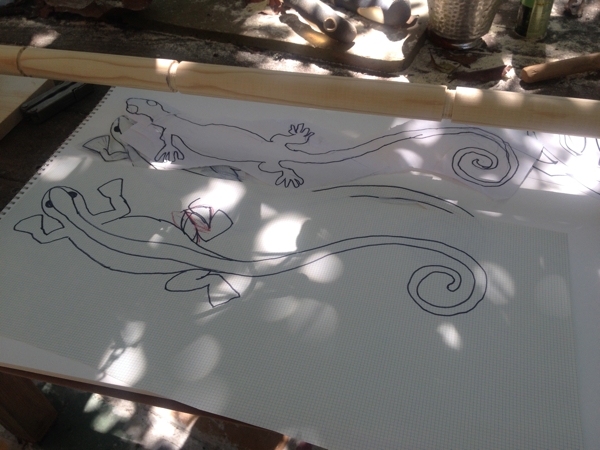 You’ll notice that even in this “final” tracing, I’ve redone the right hind limb in red pencil.

I think what’s going to happen next—other than staining the staff—is that I’m going to make the lizard thinner, which would create space between the claws on the far side of the staff.