My lovely first wife returned from Virginia recently with another box of old stuff from ancestral sources, and one of the items was an ancient music notebook. 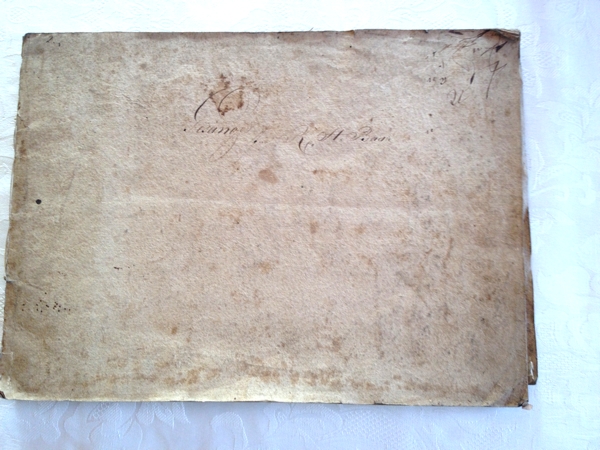 It’s 12″ wide x 9″ tall, and everything in it is completely handwritten.  It seems to be two notebooks bound together.

Here’s what is written on the cover: 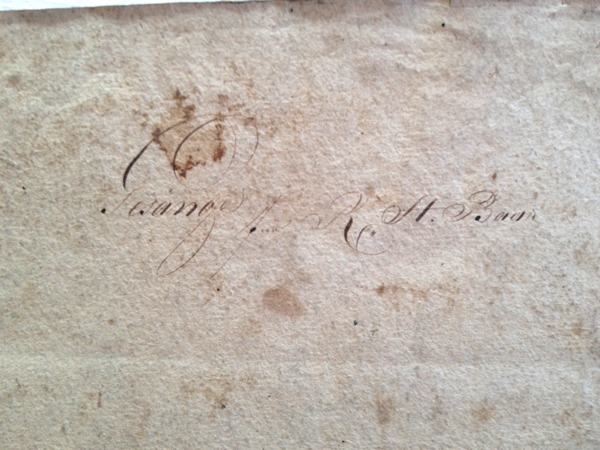 There is no date anywhere in, and it’s all in German.  There are two pages which seem to be lyrics, written in the same beautiful hand, and one of those is in French.  The lyrics page in German is almost completely illegible.

There are two songs and around twenty piano pieces, all dances like galops, waltzes, ländler, and polkas.  There is a set of five contradanses near the end.

There are many blank pages. 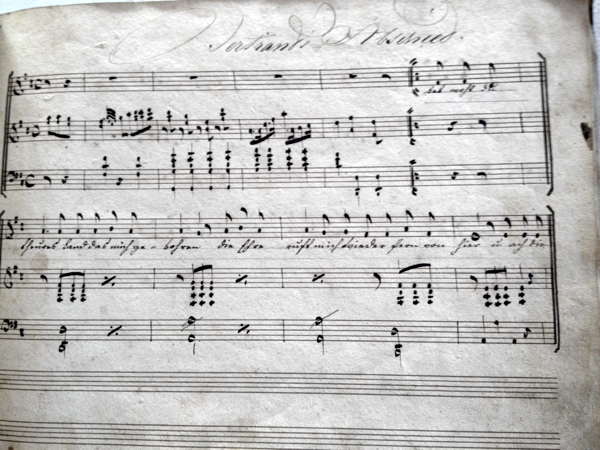 Titles, if present, are written in either the florid script you see above or some neatly penned fraktur script.

I have not yet played through the book yet, but a cursory glance reveals no overtly famous pieces.  None of the pieces are attributed to a composer.  There are more than a few corrections in pencil and in ink.

So is this a copybook that someone was making for a friend or loved one, or is it like Bach’s Notebook for Anna Magdalena, original compositions? 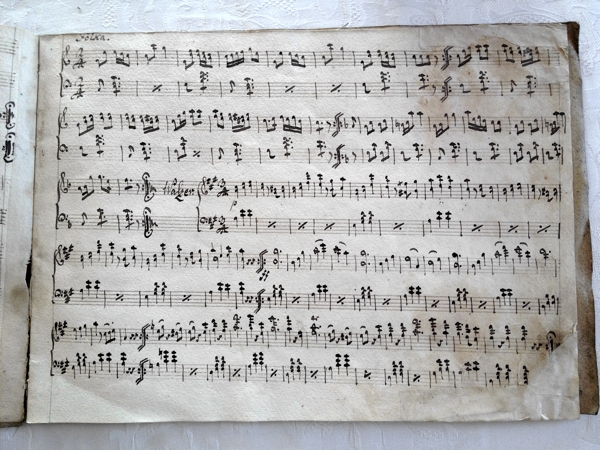 I’ll report back if I find anything interesting.

One of the pieces was titled “Schwarzenbacher-Galopp,” and I was able to track that down to The Universal Handbook of Musical Literature, published in 1907.  It’s listed under the works of one Wenzel Schwarz, born in 1830, and that’s all I can find about the man.  [To give you the full nerdgasm, I actually found the piece in this version of the Handbook; otherwise, I might have missed Wenzel’s entry.  Both are scanned; neither are edited.]

So it seems that at least some of the works are copied, although one of the pieces I played through had some blatant harmonic missteps, given the simplistic nature of dance music of the time.  Could have been a copying error.

And here’s another one: “C. M. von Webers lezter [sic] Gedanke,” found here.  It’s the exact piece in the notebook.  So this is a copybook.

All in all, I’m dating this thing to the late 19th century, when individuals would still be interested in these dances.  This easily could have been someone’s g0-to book for impromptu dances at home or with friends.

So that was fun.  I suppose I should get back to analyzing the libretto for the last scene in “Dream One.”  Or something.