I was tidying up my study a couple of weeks back—you can actually see the floor!—and uncovered this: 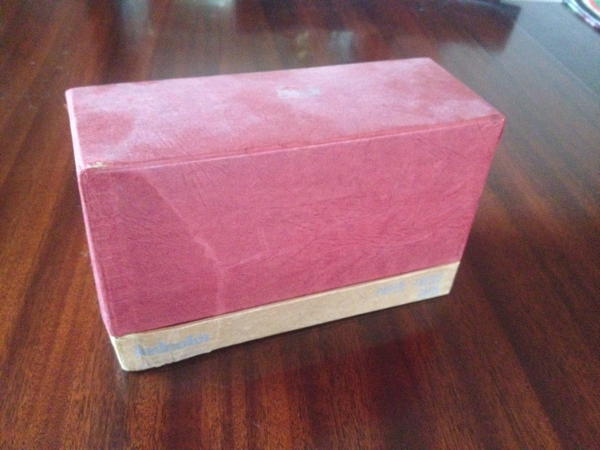 I remember it as if it were yesterday, walking through the bookstore at UGA, and coming across this beautiful, beautiful thing.  IT’S A BOX OF CARDS, YOU GUYS! 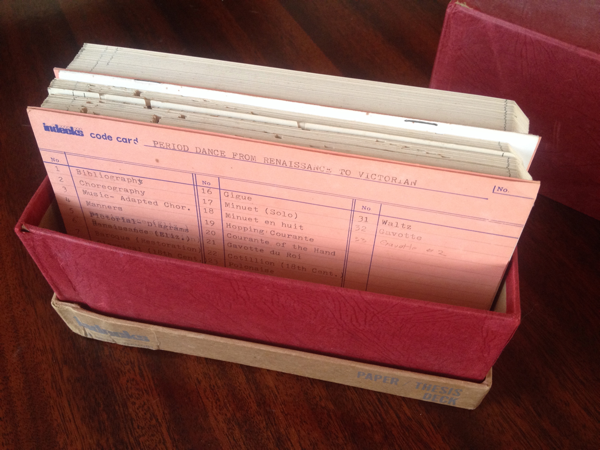 It was called Indecks, and what it was was a way to organize your notes on any research topic, and I was engaged in a huge one: an honors thesis on the work of the UGA Period Dance Group.  We performed social dances across five centuries, from Shakespeare’s time to the early 20th century, and none of it was written down or collated.  As chief researcher (and eventual president), that project fell on me.  I also needed, for reasons lost to my memory, an actual thesis/project to fill some requirement in the Honors Program.  (Probably something to do with Lothar Tresp’s time in the German army during WWII.)

The white cards were your note cards: 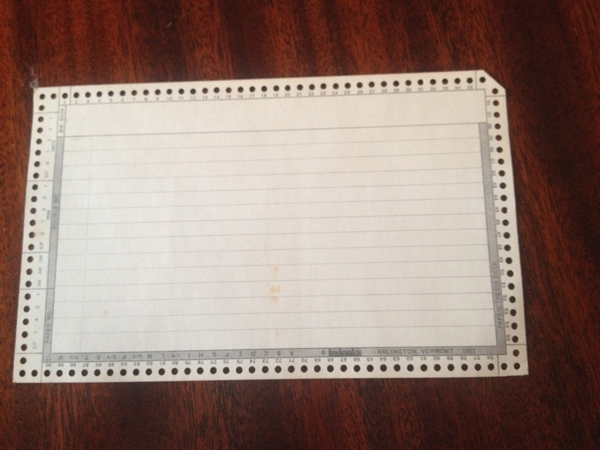 But what are those little holes, you are asking?  IT WAS MAGIC, YOU GUYS! 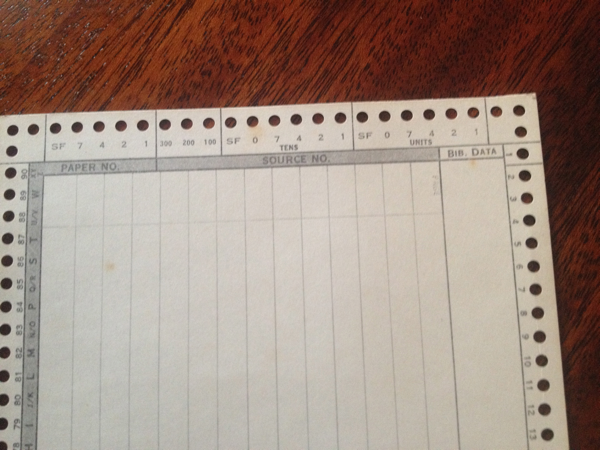 You could keep track of notes for up to eight papers, hundreds of sources, nearly a hundred notes per source per paper, and you didn’t have to keep them in any order!

The orange cards were where you wrote down your sources/topics: 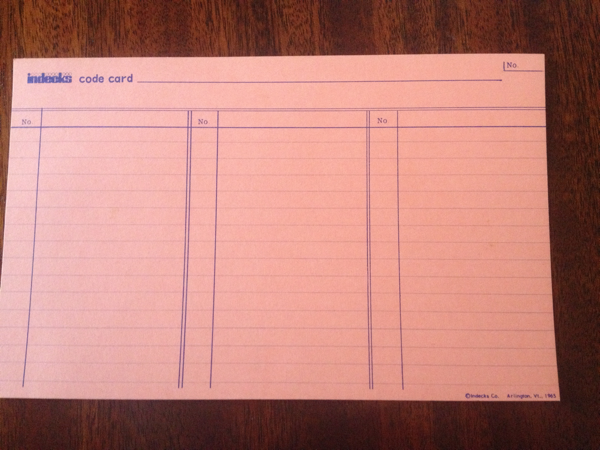 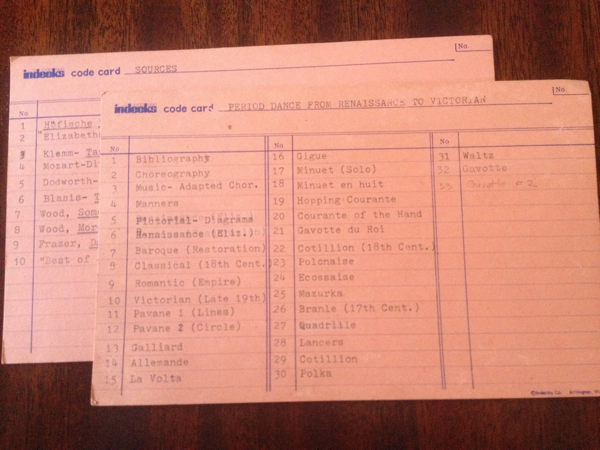 Then, as you completed a card, you would clip the hole(s) for the source on the side and for the topic around the other edges: 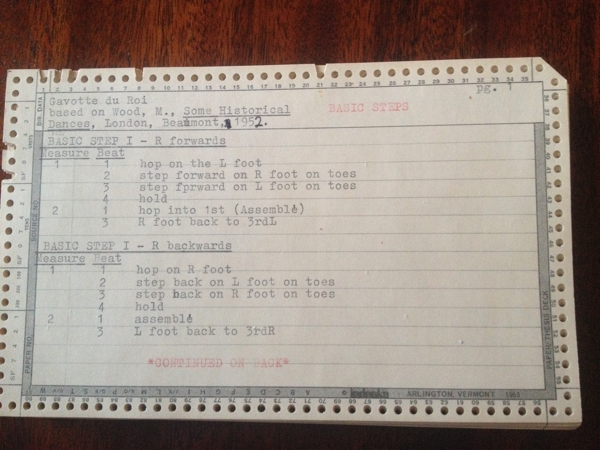 And HERE’S THE MAGIC, YOU GUYS: 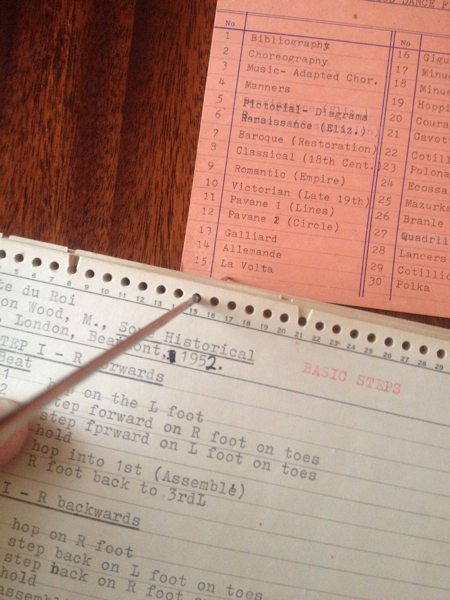 The box came with two steel rods, which you would insert into the deck and then loosely shake.  Here, I’m looking for the cards involving La Volta, a Renaissance dance, so I’ve inserted the rod into hole #15… 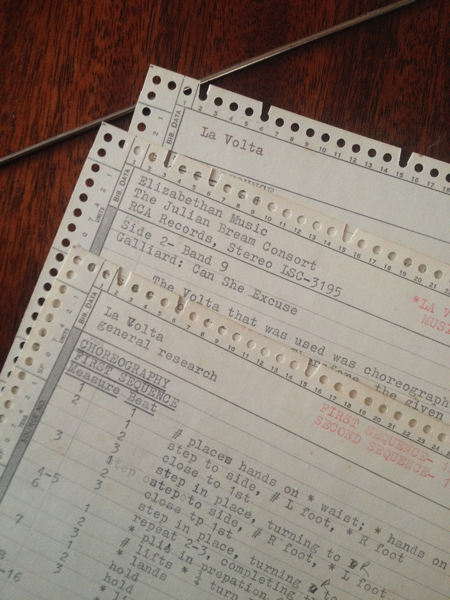 Out fall the cards on that topic.

Of course, the more astute among you have realized that this is a kind of primordial database, thus beginning my lifelong lust of such things.  I tumbled to arrays early on in Applesoft BASIC and got good enough at using them that I was able to correct the computer instructor at GHP one summer when he was trying to use some other function to keep track of minors registration and the program kept crashing.  I also programmed an overdue books/fines system that all of Coweta County used until the state automated all the media centers.  When Apple Computer released FileMaker Pro, I ate it up and have used it to run everything from NCTC to Newnan Crossing to Newnan Presbyterian choir library to GHP to U.S. Senate Youth Program to Georgia Scholars.  (Pro tip: if you’re ever taking over a program from me, make sure you have a copy of FMP.  Otherwise, you’re borked, darlings, AND YOU KNOW WHO YOU ARE.)  I scorn anyone who uses a spreadsheet to keep track of such things; you people are lame-o losers.  DATABASES, BITCHES!

And what did I do with all those excruciatingly typed-out cards? 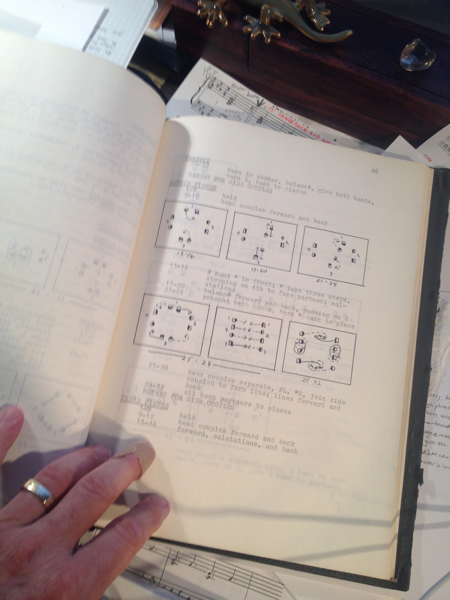 Ninety pages, typed with hand-drawn images, of sixteen of the dances performed by the Period Dance Group, including manners of each period, the original choreography of each dance, and the adapted choreography: 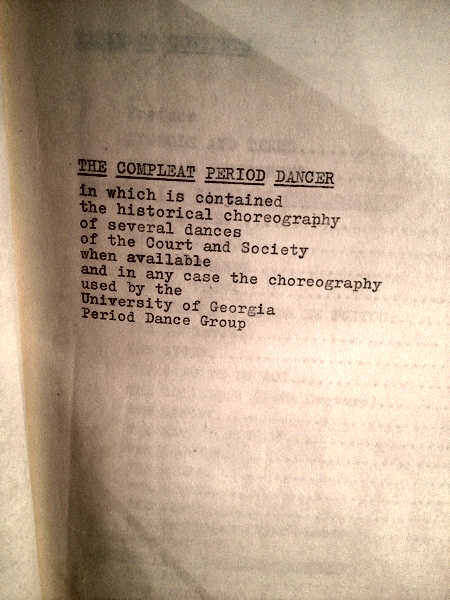 The Compleat Period Dancer was an immediate success—all the grad students wanted copies—and it remains a major resource for me to this day.

Lower on that title page is the date of the submission: June 4, 1974.  Forty years of SEXY SEXY DATABASE FUNTIMES, YOU GUYS!