Yes, I lost my dream job and will probably never see the Magic Square again, but hey, let’s not bicker about who killed whom, let’s check in with my second-favorite spot on the planet.  (Seriously, I will blog about all that. Some day.)

The large problem this summer is that the place is absolutely sodden.  It’s a marsh out there, and the rain does not promise to let up even this week.  It let up enough last Tuesday for me to get out there and reseed it where it was absolutely nothing but bare dirt, and for that the constant rain has been a benefit: barely a week later and tiny little wires of fescue are poking out of the dirt now. 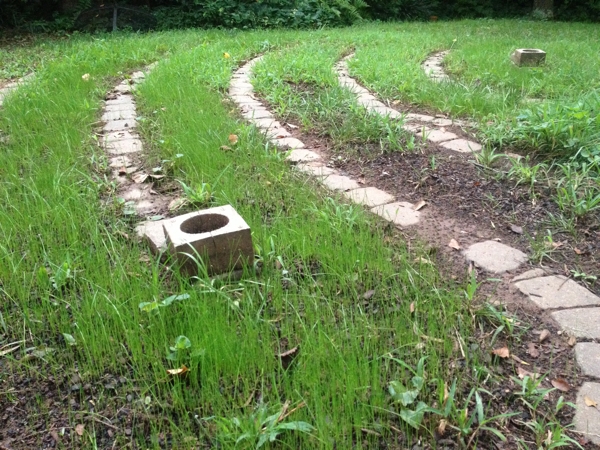 Hardly worth admiring at this point, and it certainly precludes any use of the facility for another couple of weeks.

But there are a few things to admire at this point.  I was out there this afternoon and was delighted to see these: 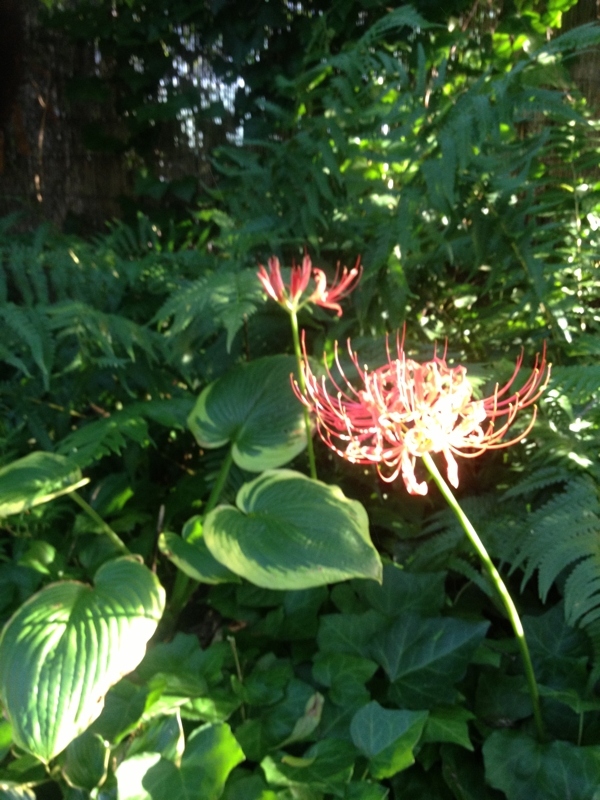 These are spider lilies, and what is now the labyrinth used to be covered with them.  This was 20 years ago before we added onto the house, and the excavation of the basement dumped three feet of clay onto what had been very luscious soil.  As the link discusses, they pop up out of nowhere, and they’re quite lovely.  I’d love to have more of them return.  Perhaps I should go back to that link and buy some?

Next to the lilies is our old friend Apollo: 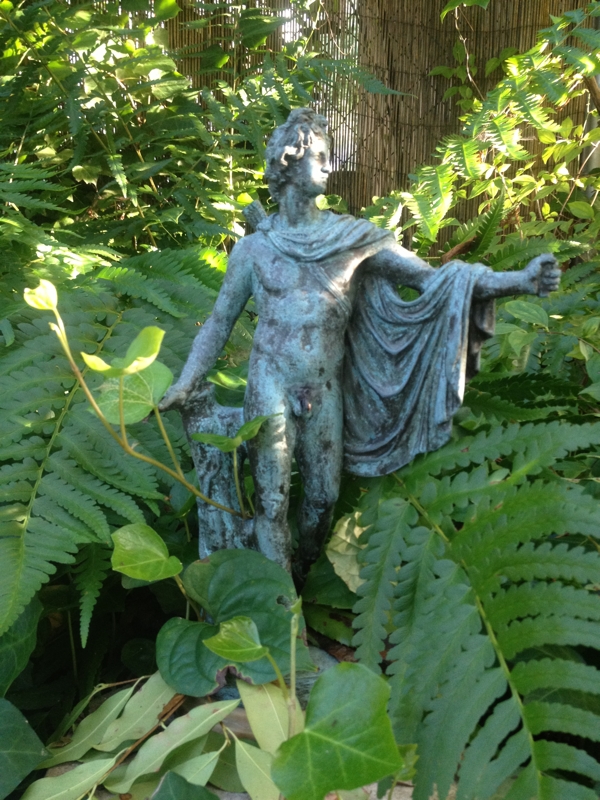 Doesn’t he look radiant in the setting sun?  Those are Dixie Wood Ferns behind him, plus ivy which will be beaten back as soon as I can get back out there.  His patina is real, because he’s really bronze.

His counterpart, the Dancing Faun/Dionsyus: 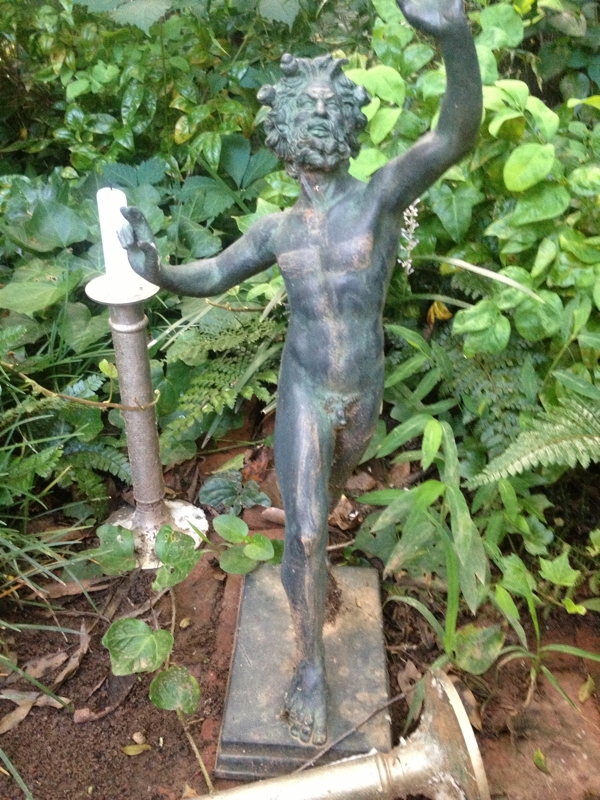 His corner, downhill from all the rain as it is, definitely needs some cleaning up.  Those are bristle ferns behind him, I think, along with some errant ivy and vinca major.

And finally, the northpoint: 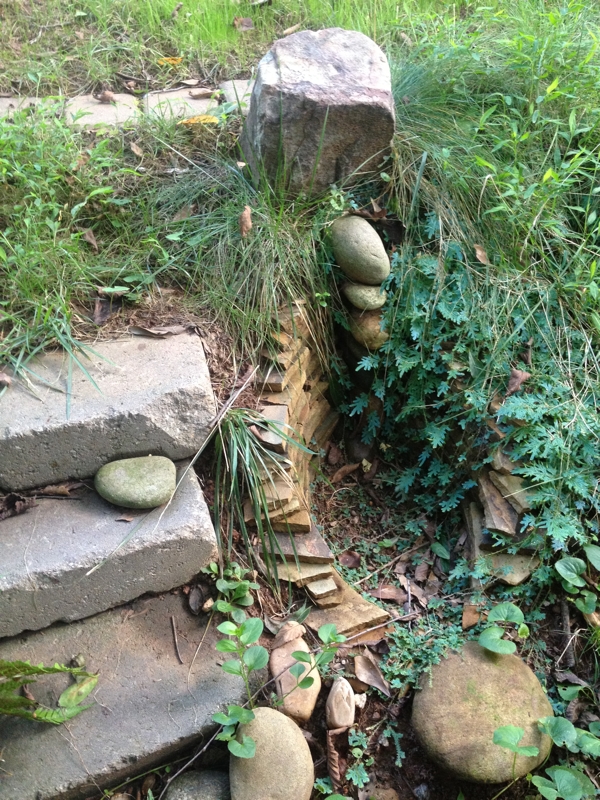 Some tidying to do, but the outgrowth of the peacock fern is exactly what I had planned.  The clusters of tall fescue are kind of nice as well, although for the life of me I can’t understand why it infests the northern bank and won’t grow just one stone over on the path.

With any luck, the rain will begin to clear out this week and I will be able to get back there and really do some maintenance in preparation for the Vernal Equinox.  In the meantime, I need to get out there right now and see if the full moon is at all visible…