Ah, the acrid smell of failure… 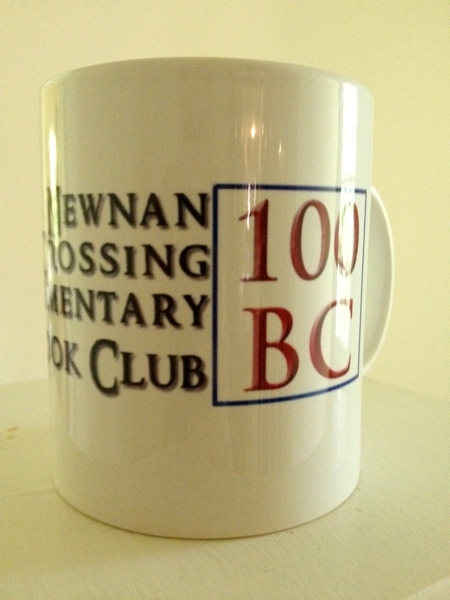 I would call it a spectacular failure, except that would denote spectacle, and the Newnan Crossing 100 Book Club never crawled out from the mud, much less took flight.

The concept was simple, and I should be standing astride the world of elementary reading like a Colossus, not to mention filthy rich somehow, but I never found a way to make it work.

I got the idea from a book called The 100 Greatest Books for Children, or something equally ludicrous.  It occurred to me that it might be a good thing to challenge students to read some of the “greatest books for children,” and it would be even better to distract our better readers from the Accelerated Reader™ point treadmill.

For those who have never suffered through Accelerated Reader™, it’s a behemoth: Renaissance Learning wants to take over your school one computer and one child at a time.  For AR™, as it is commonly known, all the student has to do is to 1) read a book at his “level”; 2) take a computerized comprehension quiz; 3) accumulate points based on his score.

Simple, and actually effective as a strategy for helping low-level readers improve their reading skills.  However, for very good readers, it’s awful.  First of all, if a school focuses on the points and creates a competition based on them, the gifted kids go nuts.  It’s a piece of cake for them to read a Harry Potter book, take the quiz, and snarf up 20+ points, while the struggling reader (for whom the program is designed) is lucky to get 1 or 2 points for their little books.

Worse, the good readers will race through books so they can get even partial credit/points for a book, thereby destroying what pleasure there might be in tackling Harry Potter.  (Remember, the quizzes are low-level comprehension quizzes only: no higher thinking skills required.)

So my idea for the 100 Book Club was equally simple: the student picked one of the 100 Book Club books, read it, and wrote a review explaining how they liked it. There were over 800 books on the list (cataloged in the online catalog), each and every one either an award winner or a starred review in one of the library journals.  The aim was to read 100 of these books by the time you graduated 5th grade.

Kids could even go ahead and take the AR™ quiz if they wanted to, but passing the quiz didn’t get them credit for the 100 Book Club.  They had to write a review, and it had to be approved by me.

That was the problem, in the long run: we had no way to manage the review process that would keep it alive.  At first, I had folders for kids to use, but that was unwieldy.  Then I had the IT crowd install a group content management system that was supposed to provide every kid with his own book blog, but that was also unwieldy.

Finally, Follett Software Company upgraded their catalog software so that students could write reviews in the catalog.  Perfect!

But it didn’t work, and I think the main reason why is that I could never get the teachers to organize around it.  AR™ was much easier—the kids managed that on their own, and I handled the only rewards Newnan Crossing gave out, the aluminum dog tags for “Point Clubs.”  All the teachers had to do was to give the Renaissance Learning reading diagnostic and assign the kids their reading levels.

(To be fair, the best teachers worked very hard using AR™ appropriately, cajoling kids and encouraging them with praise, etc.  100 Book Club would have added a whole other layer of work which they could scarcely deal with.)

It was also nearly impossible for a kid to get even close to the 100 books unless they started in 2nd grade and read bunches of the “Junior Level” books before getting to 4th grade, and even then it meant reading one of these higher level books every week in 4th and 5th grades.  Not really do-able; I should have thought of that before launching it.  But “100 Book Club” is really catchy, isn’t it?

So the whole thing just sat there, nudged along by me for five years, but never really taking off.  If it had worked, we would have been graduating kids who not only had read some of the best books around, but who would also have learned to write well about their reading.

There were lots of kids, the cool kids, who hooked into the concept and regularly consulted the list of titles to choose their reading—they had found that Mr. Lyles spoke the truth when he said these books were better than the regular books.  But none of them wrote reviews; they took the AR™ test instead.

Oh well, in my charter school…

Note: I use the trademark symbol after AR™ because I always wanted to remind the teachers that this is a commercial venture.  We have to pay for the software and pay for each and every quiz.  Otherwise, many people think it’s just a wonderful gesture of kindness that someone does to help our students learn to read.

One thought on “Mugshots: The Newnan Crossing 100 Book Club”