I’m posting this a day late because I was out of town during the evening.

Spent the morning finishing up the herb garden. After the Revolution, I will always buy exactly the correct number of bags of mulch. I will not have to return to the store to buy more, and neither will I have two bags left over after I have done so. 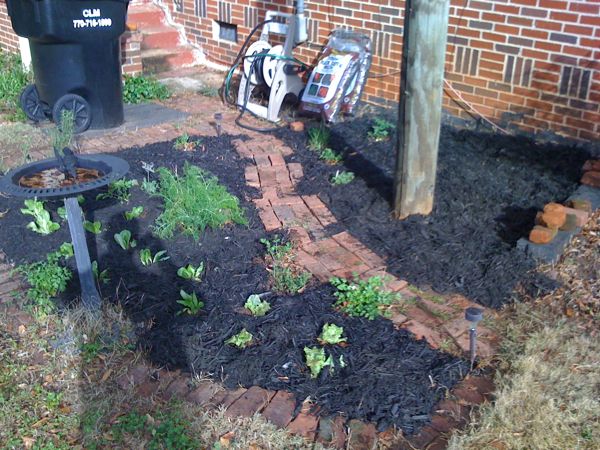 I made the mistake last year of not mulching, which meant that I spent four hours tilling the place up and then laboriously pulling the grass out by the roots. Two huge piles of detritus to the curb.

Since it rained the night before, the soil in the labyrinth was soft enough to rake through and scatter seed. 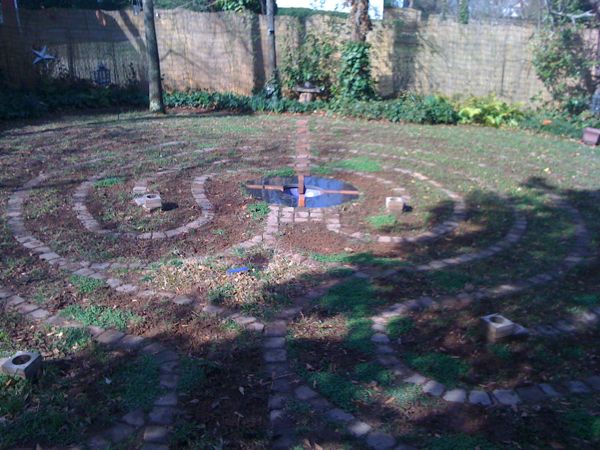 I’m a terrible lawn maintainer. When I say “reseeding,” I mean, “scatter some seed onto the raked, slightly disturbed soil and hope for the best.” I do water it, but you’re supposed to till the soil to a depth of 1 to 2 inches, then scatter the seed and rake it under 1/4 inch. Hello?

At this point, I’m hoping the oxalis takes over. It grows like the weed it is, it’s pretty, and it’s soft underfoot.

I had formed the impression that it was going to rain all day on Friday, so I put off all serious work on the cello sonata until then. Oops.

I have at least formed some opinions. I talked about using the chromatic motive as a building block, but I am also considering a cello solo for the second movement; give the pianist a moment to rest the weary fingers before that third movement. And I think I’ve reached a major decision about the third movement, after doing the obsessive listening thing in the van while running errands this week. Currently, there’s this gorgeous rush of sound that kind of blooms forth, then finally calms down to a halt and a calmer midsection.

It has made sense structurally, in that the first 1:20 there’s no place for the audience to breathe. It seemed to be exhausting, and my instincts were to bring all that rush to a close and to provide a more static interlude before picking up the quintuplets in the piano again.

However, what if I didn’t do that? What if, at the 1:20 mark, I gave the spheres another spin and kept us going through yet another rushing passage, building and building until the whole thing just explodes in ecstasy? I can keep that interlude material for another piece. (Yes, I already have notes on a second cello sonata, including the AFO sketch Labyrinth in Snow.)