I didn’t blog yesterday, because by the time I got inside, showered, cooked dinner, etc., the intertubes were clogged. They were still clogged this morning. This is the first chance I’ve gotten to catch up.

Yesterday, I rooted out the old grass in the herb garden. That took all morning and half the afternoon, but it’s now beautiful: stripped back and tilled, ready for new stuff. I was ruthless in pulling out old plants that were puny. Circle of life, etc., etc.

In the later afternoon, I moved back to the labyrinth, meaning to till the bare patches and reseed the whole thing. We found some grass seed that swears it’s for “deep shade.” I’m going to mix that with some fast-growing stuff, and hopefully by the Equinox we’ll have green lushness again.

However, the bare patches of soil were rock hard. This is part of the problem, that the topsoil I used had little organic matter in it, and had enough clay to turn to brick if left to its own devices. You would think that six different plantings of grass would have provided plenty of dead organic material, not to mention all the mulch-mowed leaves over the three years, but you would be mistaken.

I finally had to take a hoe and just chop little dents in the thing. I gave up about halfway, resolving to wait until it rains tonight and try again on Friday or Saturday when the rain has softened the earth a bit. If not, I’ll water the whole thing and proceed from there.

No work on the cello sonata, although I have decided to go download the slow movements to Bach’s Unaccompanied Cello Suites and study them a bit. It wouldn’t be bad to have a solo slow movement.

Today, I ran a gazillion errands: mulch, hardy herbs and lettuces, a VGA adapter for the iPads at school (so students can project their work onto the smartboard), etc. While waiting for the Apple store to open, I ducked into Barnes & Noble and browsed the art books.

First, some images of his stuff, in case you’re too lazy to explore his website. 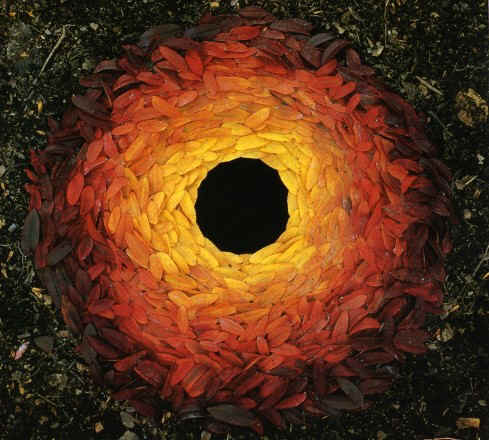 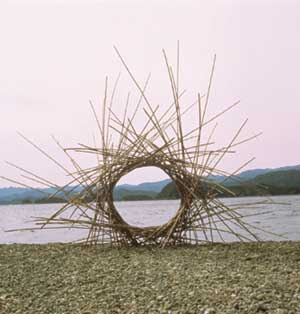 You get the idea. Gorgeous stuff, and he works only with the natural materials to hand: no nails, no glue, no high tech monkey business.

Anyway, I came across this book: 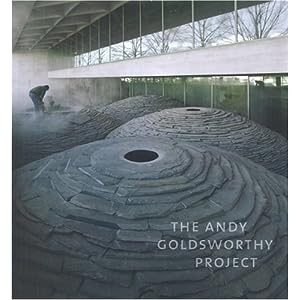 Ooh. Also Ah. Some gorgeous (and massive) stuff, newer than in the books of his works that I already own. (That was a hint.)

It triggered some thinking about the northpoint of the labyrinth. The element of north is earth, and I’ve done a small work there in the bank: 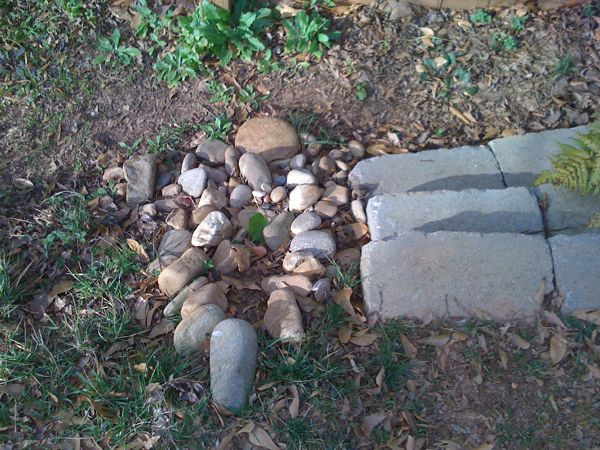 It’s vaguely yonic, with the bare earth opening in it. Not very defined, and the problem is that you can’t see it really from anywhere but standing right over it in the outer circuit. 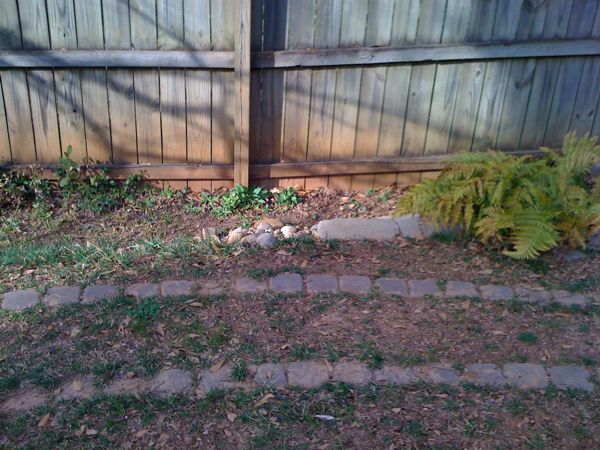 You see the problem. The other points are clearly visible from anywhere in the labyrinth, and especially from the center.

So I’m thinking I need to pull an Andy Goldsworthy on the northpoint. I could construct something past the yonic pile against the fence, or put something there right at the border, something that stands. This requires some meditation.

I do have this stone: 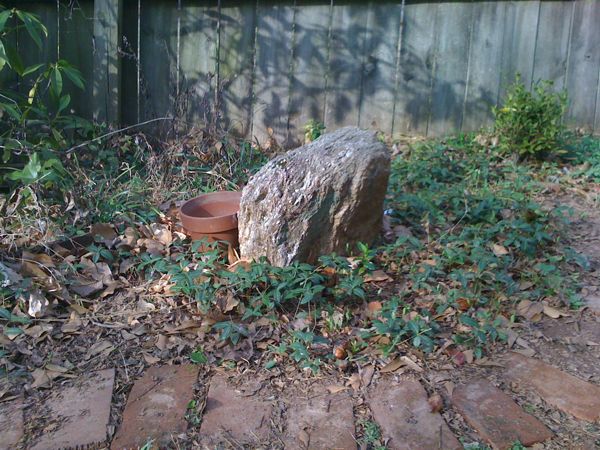 It’s in the upper lot, next to where the “dance patio” is planned. It’s actually the first bit of “mythic landscaping” I did in the yard, years and years ago. I’m now thinking it needs to move to a place of importance, and stand there at the northpoint like the standing stone it is.

In other news, I have played with the southpoint in recent days: 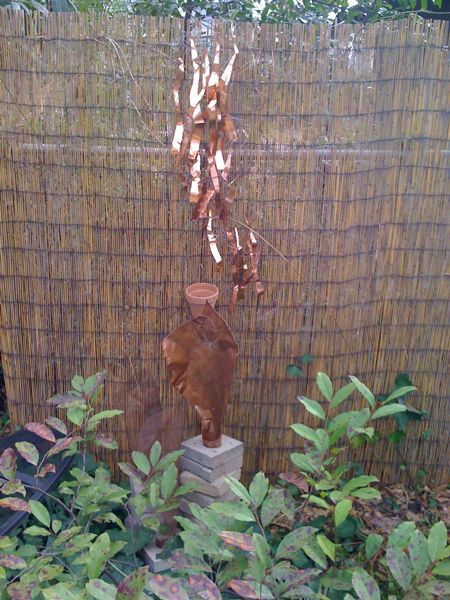 It’s more impressive than it looks.