I worked yesterday and today in the labyrinth. I was extremely productive.

The neighbors finally had the pecan tree taken down. Not taken away, mind you. It’s still in large chunks right on the other side of the fence, plus the 20-foot stump along with this substantial hawser which has been abandoned by the tree people. What happened? Disaster in the business? Non-payment? (but why leave the rope?) My father-in-law has given me his chain saw, and once it’s out of the shop (where it’s getting a look-over), I may just start to work on a huge amount of firewood.

Which brings me to my major project of yesterday/today. With the pecan tree down, I finally felt comfortable putting up the rest of the bamboo fencing. Needless to say, the one remaining roll I had on hand was not enough to complete the job. That’s fine. I can order one more roll some time later. It’s not as anyone is actually living in the house there, and any peeping toms about would have a job negotiating the huge tree bits littering the yard in the dark.

The fencing I did put up looks nice: 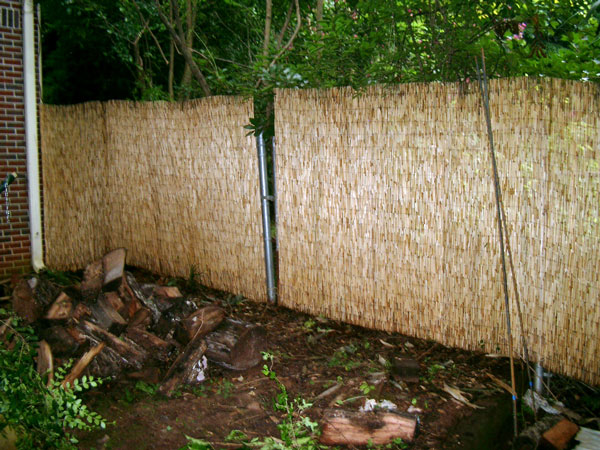 The gap is a gate, and you’ll notice the old woodpile in a pile in front of that. I had a whole new truckload delivered this past week, and so I had to move it all. I’ve decided to move the whole thing down to the fire pit level.

Now you might think that moving a woodpile is simple enough: pick up the wood, walk it over to the new place, and put it down. Sadly, no. First I had to design a woodpile. I chose to go semi-industrial, with corrugated metal base and rebar sides: 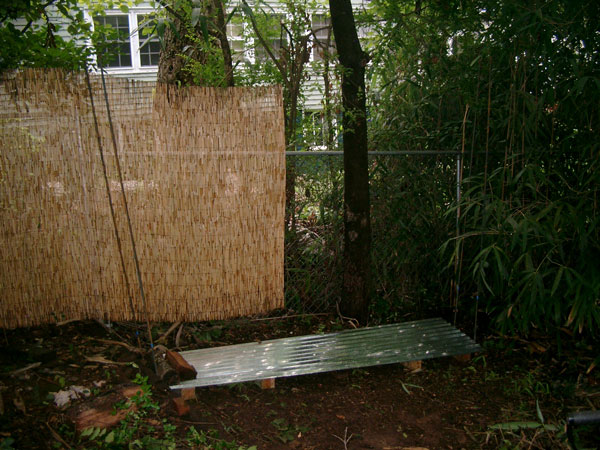 Then I had to add some ropes and copper pipes to secure the top ends. Finally I could tote all the wood over. I also decided I wanted a tarp to keep the wood dry. As fate would have it, I found a perfectly sized one, and it even had grommets every 24 inches around it. Perfect: 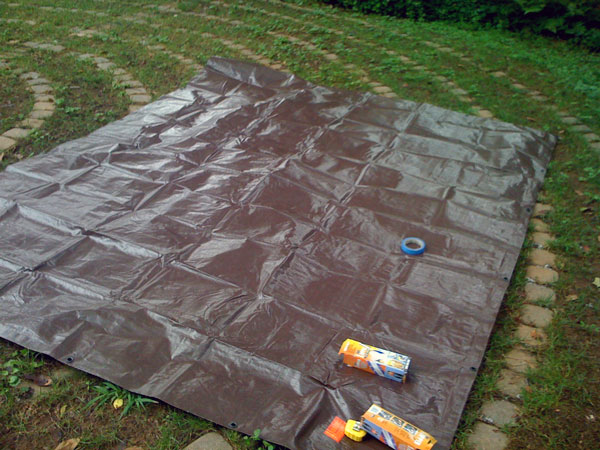 And if I had thought of these things, they would not have existed. But they do: 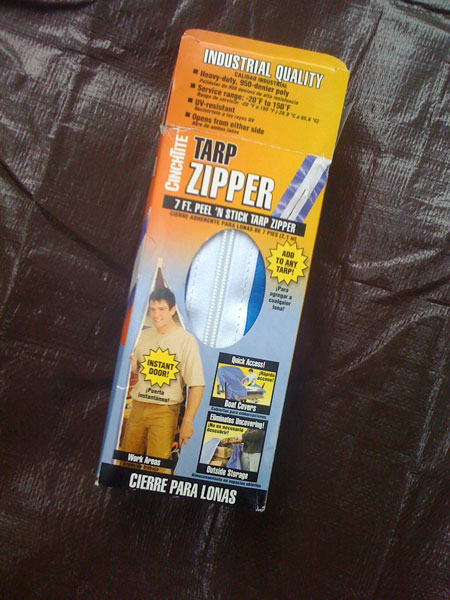 Zippers! Isn’t that the coolest? They tape down, then you unzip them and cut them. I especially like how they have zipper pulls on both sides. In case you’re trapped inside the woodpile. 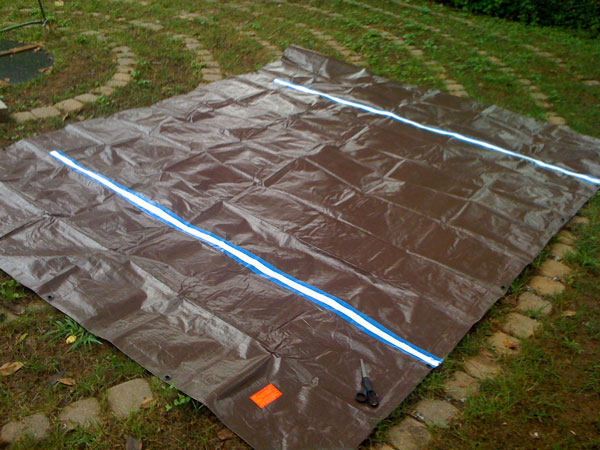 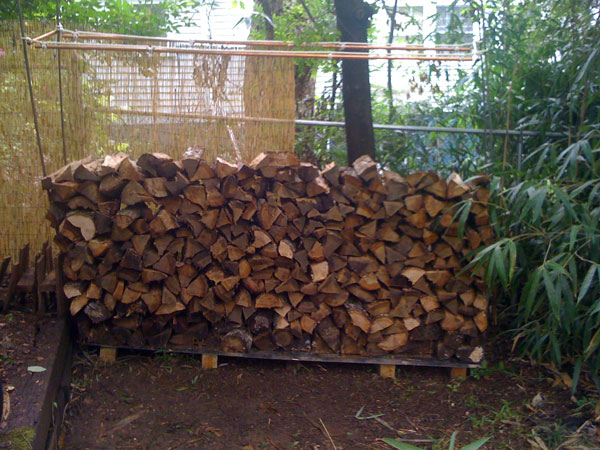 I think it’s gorgeous. The rebar works even better than I thought in holding the wood in place, and I’m excited about the corrugated metal holding the wood off the ground. I’m hoping it will help keep the ant/termite thing down.

And finally, the mise en scène:

It looks perfect, but alas, the grommets are too small to go over the rebar. I shall have to go get some grommets at Michael’s and install them myself. Later.