First of all, I took Marc Honea’s “Vibes” piece, which I will let him explain in comments, and which sounds like this [mp3]. He sent me a MIDI version of that, which I sucked up into Finale 2010, creating a score, after much mucking about, that looks this [pdf].

My only goal today was to slam some of those notes into a Finale file that would start playing with the orchestration to see if would even work as a string piece. My suspicion is that it’s always going to sound better and cooler in the computer version. However, here’s where I’m stopping for the day: vibes sketch 2/12/10 [mp3]. Four measures of bass vamping, then the first four measures minus the top notes, then the same four measures with the top notes added back in.

I couldn’t resist the glockenspiel.

About this time, as I took a break for coffee, it started to snow. I went out on the back deck and watched it begin to come down. Why not a piece called “The Labyrinth in Snow”?

Here’s what I’ve plopped down. It’s got some nice bits, but it’s still just noodling. Labyrinth sketch 2/12/10 [mp3]. The violin accompaniment will continue under the cello solo, probably quiet little triplets. In addition to the piano, there will be a solo violin as well. The three soloists will wind in and out over increasing flurries from the rest of the strings. I think.

And just so you can share in it, here’s the labyrinth. In snow. 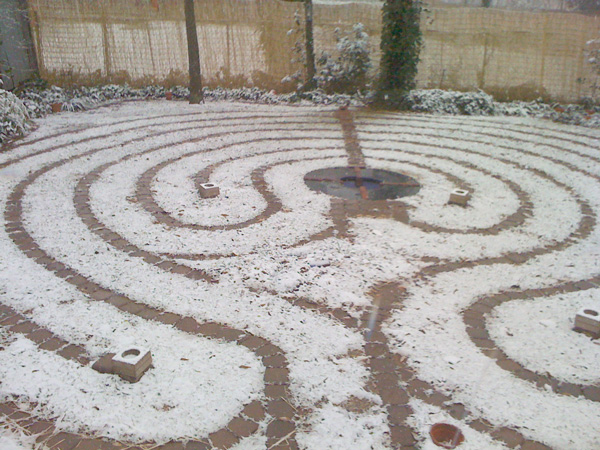 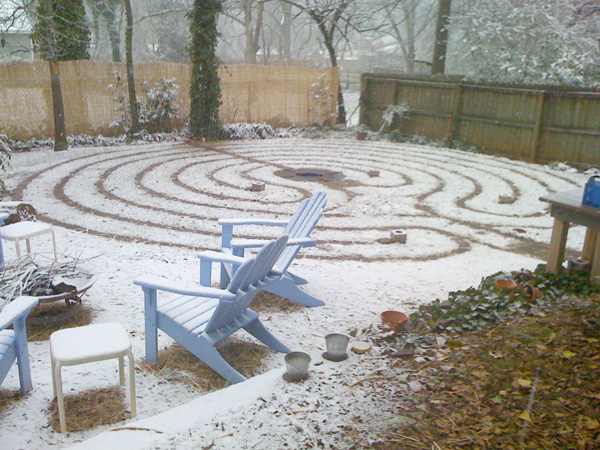 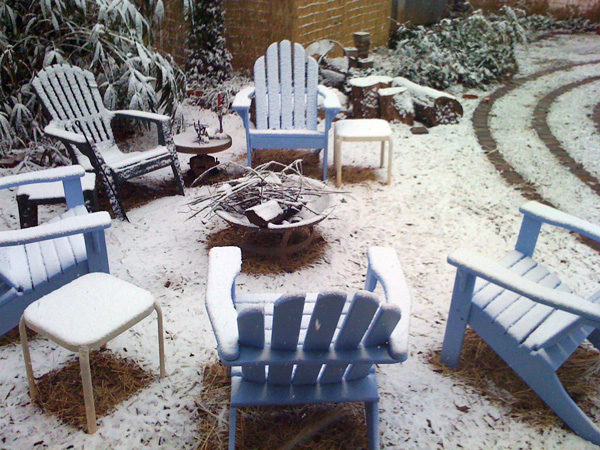 Here’s the most recent version, a little extended. I’m thinking about changing the opening to be a lighter, more mysterious, trill-y kind of thing. Labyrinth 2/12.b [mp3]