I started working on the fallen tree this morning. The first step was to trim as much of the ivy off as I could. Here’s a good starting shot: 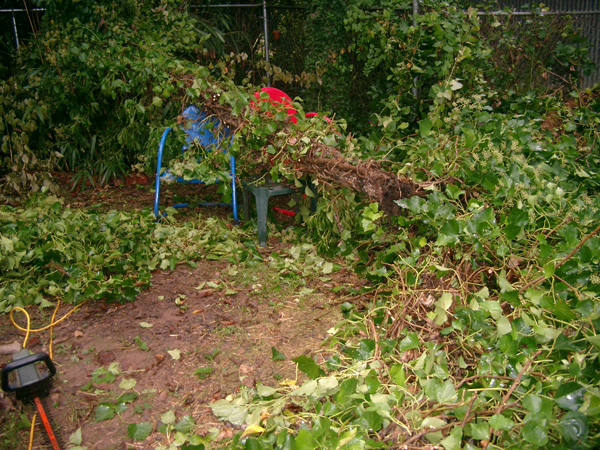 The only real damage sustained by the back yard (at least until I can get the trunks cut up and see what the grass under them looks like) is the bamboo at the men’s loo: 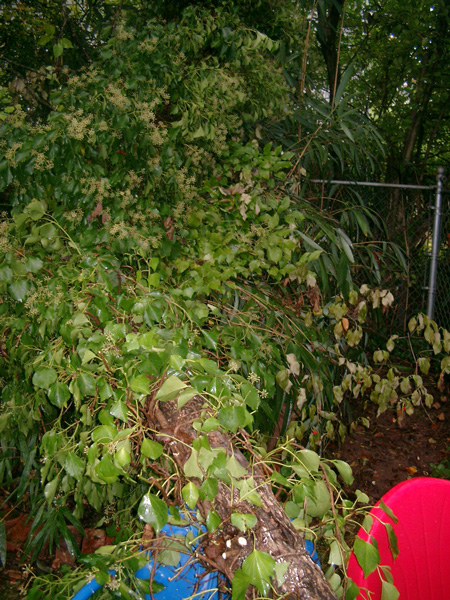 That of course should recover very quickly. Truly, though, take a look at this: 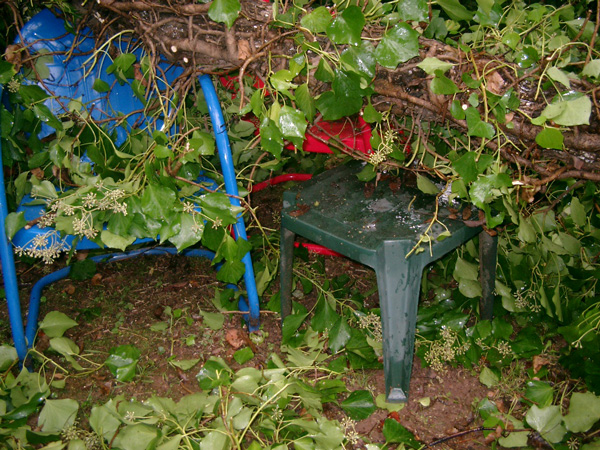 Not even the cheap plastic table took a hit. I was able to extract the table and both chairs from under the limb with no visible damage to any of them. 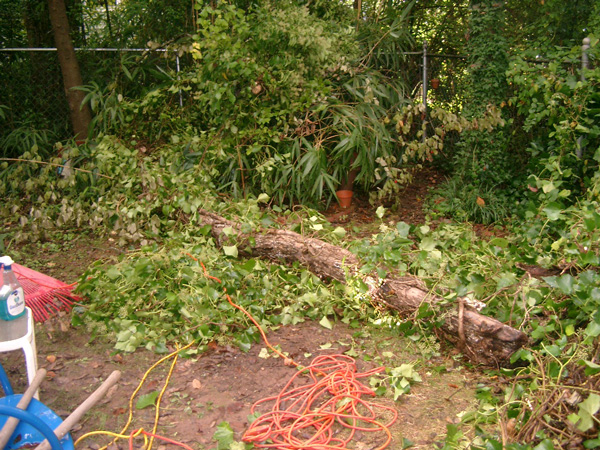 The ivy apparently had been holding this whole thing together. As I trimmed away from this limb, it completely broke apart from its upper half. You can see that other half still on the bamboo.

During all of this, Salem, our wacko kitty, began rearranging the universe to suit herself. Here she is in one of her favorite poses, “Cat Among Platonic Solids.” 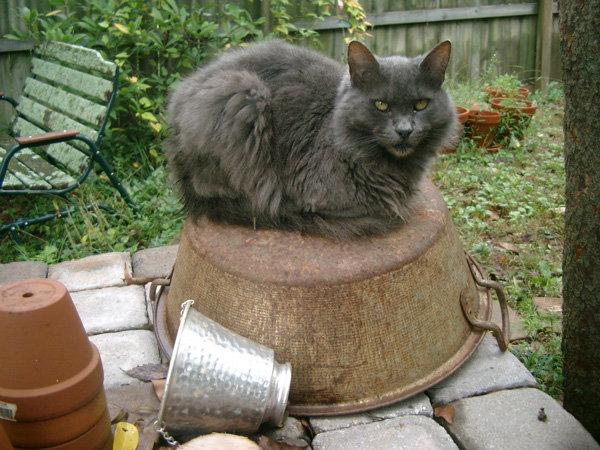 And then she decided a better place was amidst the destruction. The dogwood tree took a serious hit, and I dragged that limb out into the labyrinth. Salem decided to pose as Shiva, Destroyer of Worlds. 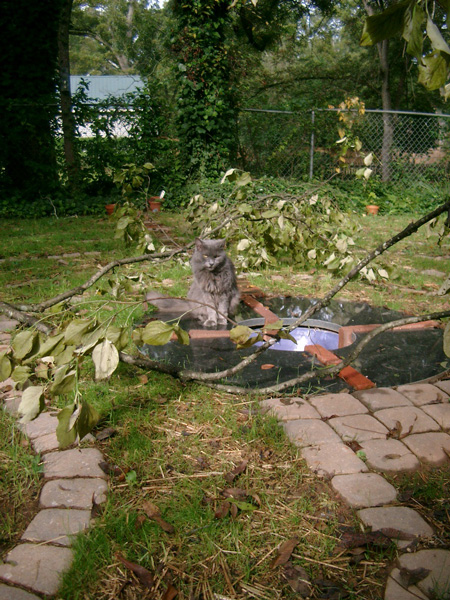 I’m having to borrow a chainsaw from Craig, since I don’t own one, that’s a whole post by itself, so while I’m was waiting for it to return from its ride in Craig’s van, I went ahead and cleaned up all the ivy I’d trimmed. Alas, my wheelbarrow had self-destructed back when I installed the bowl in the center of the labyrinth. I had left all the dirt in the barrow, and then it rained, and then when I tried to get the wheelbarrow up the ramp and over to where the side area of the dance floor patio will be, the whole thing fell over from its weight and tore the barrow part right off. (It was plastic.)

So I put “barrow” on my shopping list, only to discover that although you can buy new wheels for your wheelbarrow, you cannot buy a new barrow. Stores are forbidden by the manufacturer from selling the parts separately.

This seems unreasonable to me. Surely it is my right to be a thrifty conservative if I choose, yes? (The right wing will now explain to me why my right to conserve is outweighed by the corporation’s right to make money off of me. Why this is different from taxes is beyond me, but I’ll bet the teabaggers would say it is.)

Therefore, since I had time to spare while waiting for the chainsaw, it occurred to me that I could do the whole Great Depression thing and just construct something out of scrap lumber I had lying around. 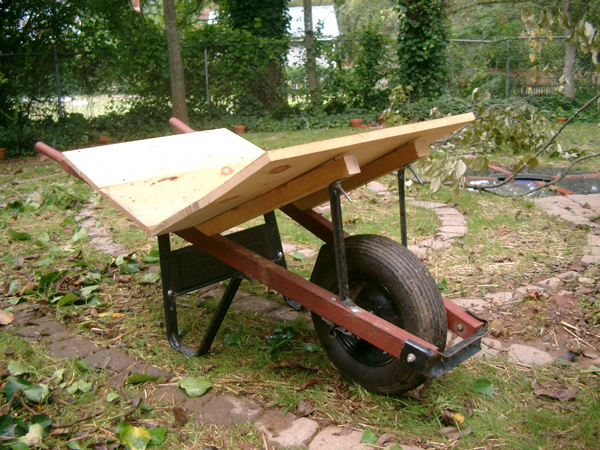 Thus I have stuck it to The Man.

Here is how I have left it for lunch:

It’s a panorama shot done with the iPhone but without my glasses, so there are some fuzzy bits. Click on it to see it full size.

The chainsaw is on its way, so off I go to do the manly man thing.