Our problem, if you will recall, was that the channels I had cut into the omphalic bowl did not line up precisely with the bricks in the center of the labyrinth. On the advice of Andy, my ceramics guru, I bought a grinder and cut away the unnecessary portions of bowl. (Actually, Andy advised me to find someone with a grinder, including him; I just decided to buy one.) 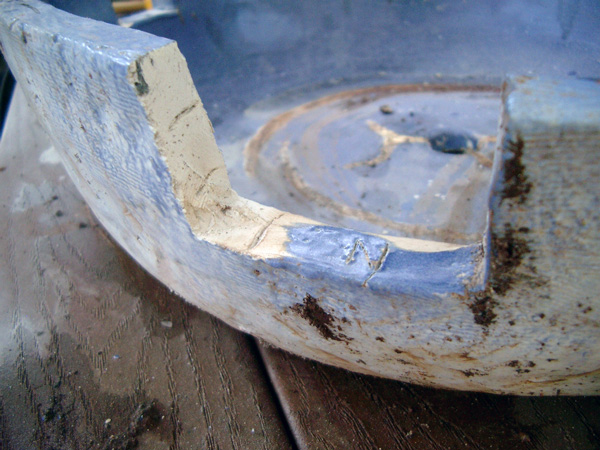 It is interesting to me that you can see the original layers of clay from its coil construction back in June. Anyway, I decided to seal the open clay with what was left of the marine epoxy. 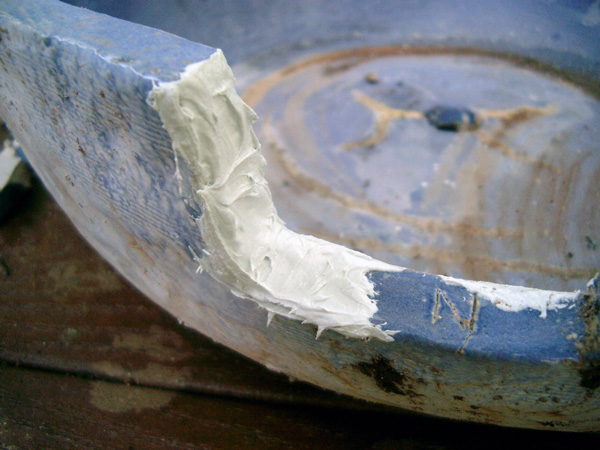 Not very pretty, but this is underground so it doesn’t have to be. Here’s the bowl with both cuts made and epoxied: 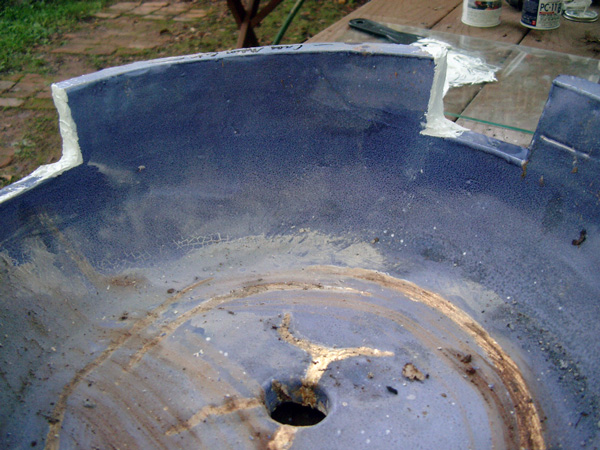 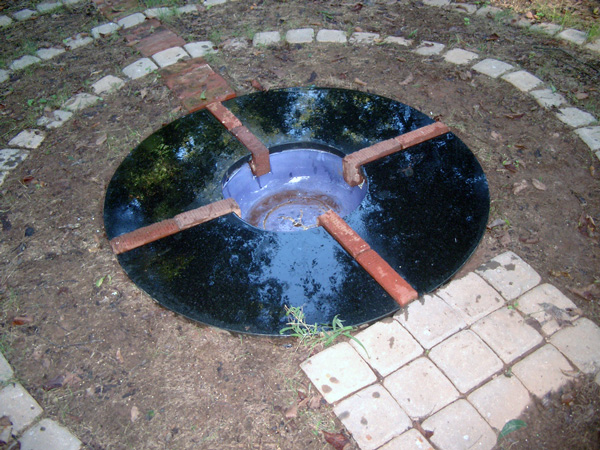 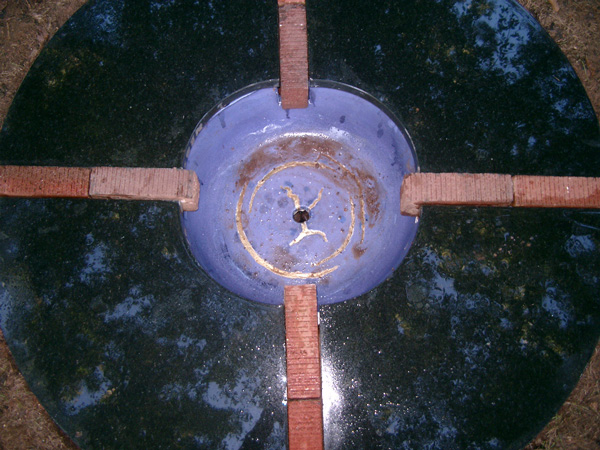 However, there will not be water in there. I don’t think you can see it in this photo, but I drilled a hole NNW of the center hole, near the wall of the bowl. Everything drains out now. Of course, there’s a hole of raw clay, but it just has to be.

There was a small problem with the inner bricks sagging downwards, since the bowl does not fit right up under the granite. I suppose it could, but I’ll have to deal with that some other time. For the time being, I propped up the ends of the bricks with small ceramic scarabs that I bought at the King Tut exhibit last spring. I liked the idea of that.

I also used the scraps from the work table to build a mini-me version to hold the sound table. 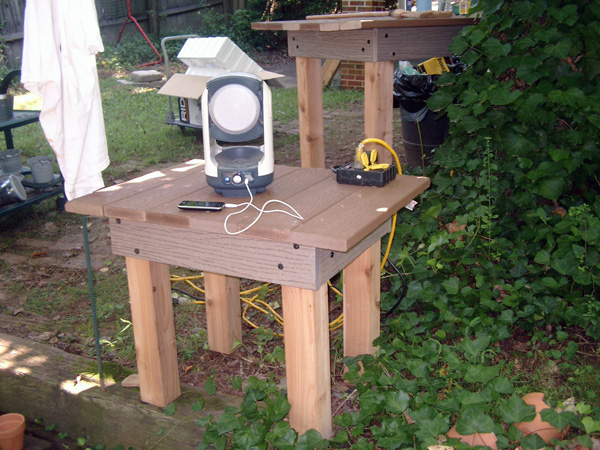 You can see in the background the packaging from the new miter saw I bought. I’m just accumulating power tools right and left. What can I build next?