Sometime in the night, the center of the labyrinth was visited. 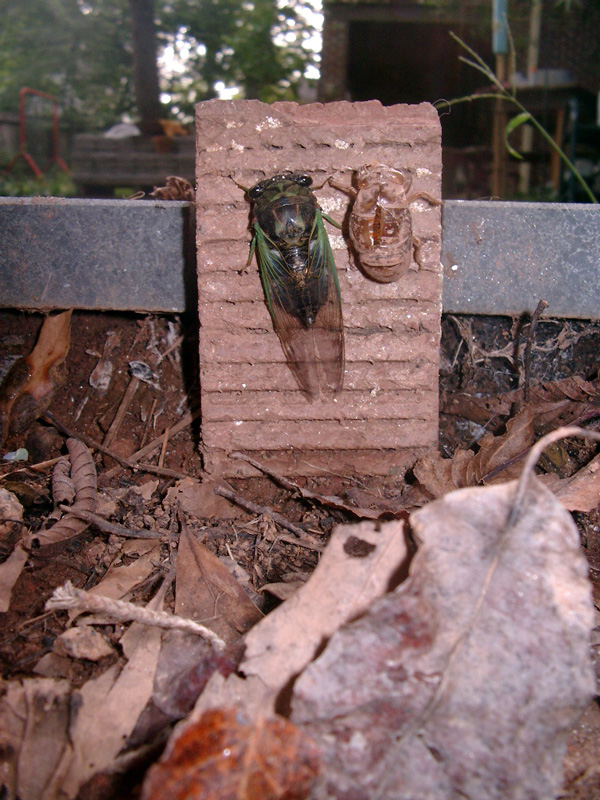 This individual is sitting on the eastern bricks. He clung tight as I removed the bricks, but sometime during the day he flew away to sit above us in the trees and scream for sex. 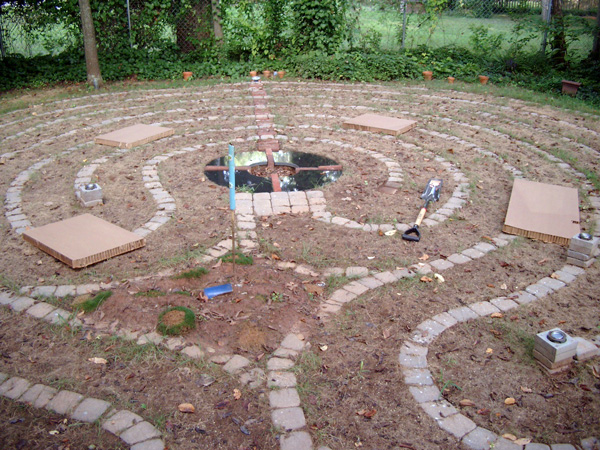 Here we are before I got started. 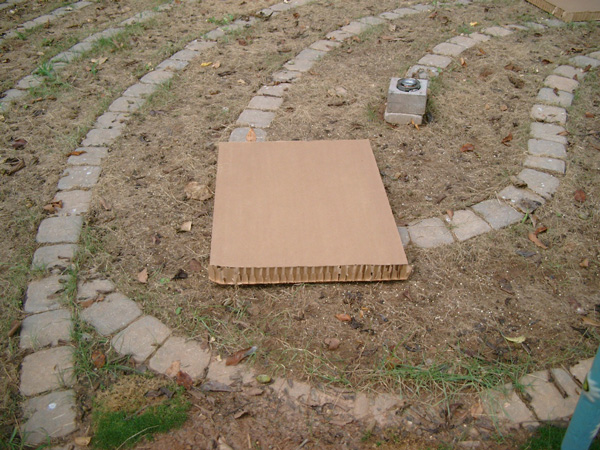 These are pieces of 1-inch thick corrugated cardboard that I snagged from the Carnegie Library renovation site. I figured they’d be good to set the pieces of granite on without scratching them. 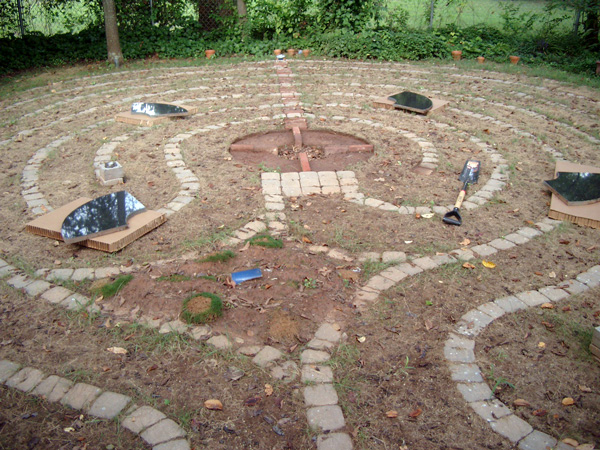 Here’s the granite removed. I marked each piece on the bottom with its position, e.g., NE, SW, etc. The pieces were not cut in accurate 90° angles, so it’s important for future generations to know where they go. 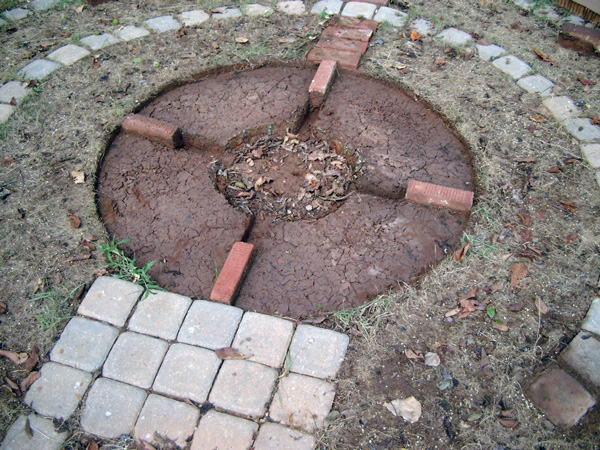 Here’s the center with the granite and the inside bricks removed. 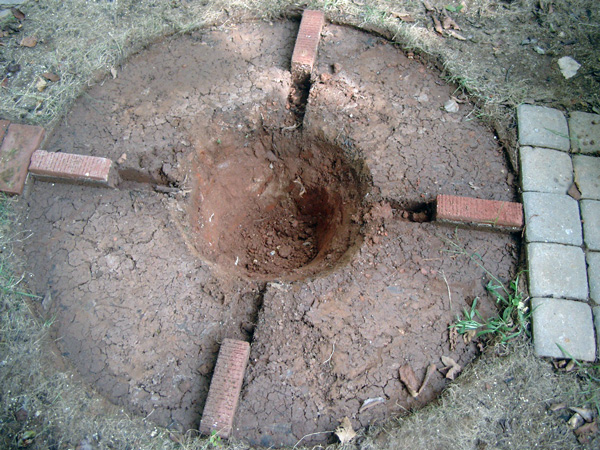 Essentially I was digging a post hole without a post hole digger. It would not have done me much good to have such an implement; the clay was full of construction detritus. I just chipped away at it with my spades. Eventually it got too deep to remove soil with the spade. I resorted to a former citronella candle pail to scoop it out.

My goal was to dig deep enough to hit the topsoil under all the clay which had been dumped there from the excavation of our addition in 1993. It was about two feet down. 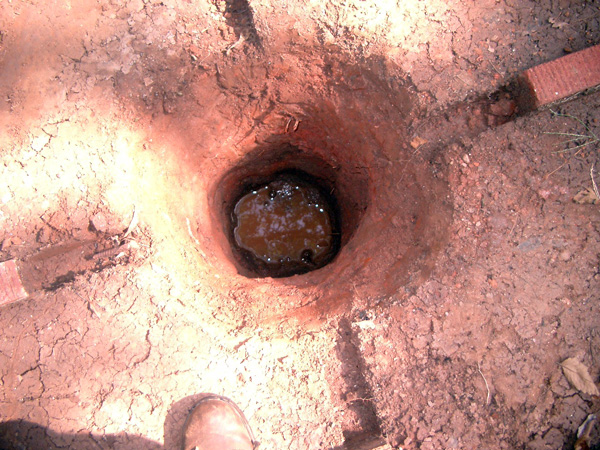 Here’s the final hole with water that I poured in for a percolation/drainage test. It drains just fine. 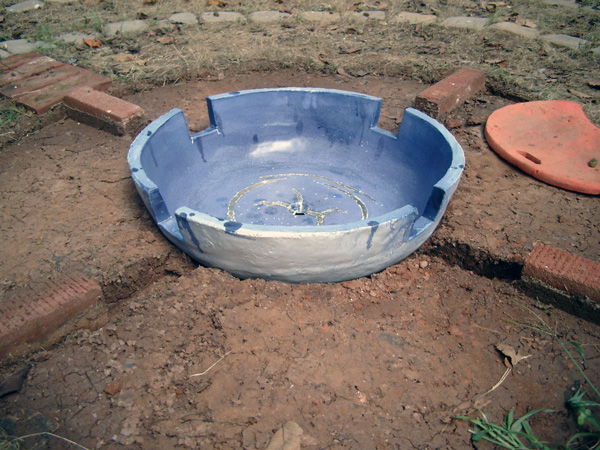 The bowl seated atop the hole. I traced around it and began to carve out a bed for it. 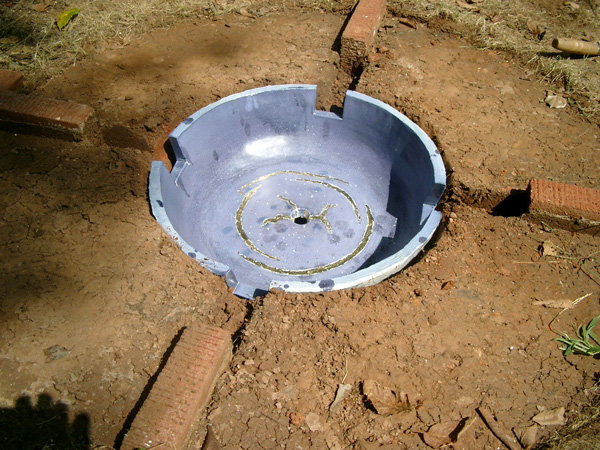 The bowl in situ. 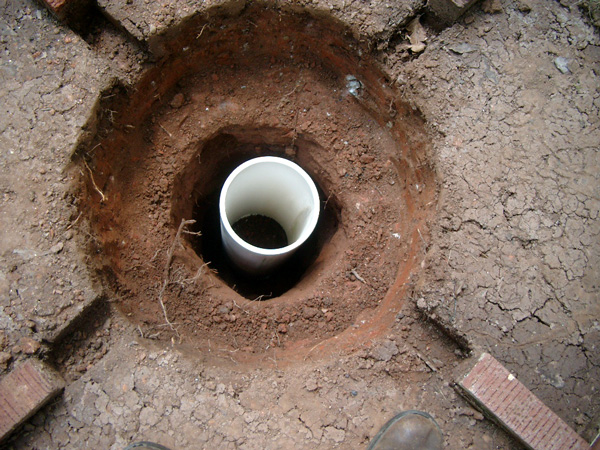 I measured the depth of the hole to the bottom of the bowl. Then I cut a piece of 6″ PVC pipe. Anyone need six feet of PVC pipe? Here’s the drainpipe in place. Then it was time to go find some large gravel, which I did at Mulch and More out on Hwy 34. 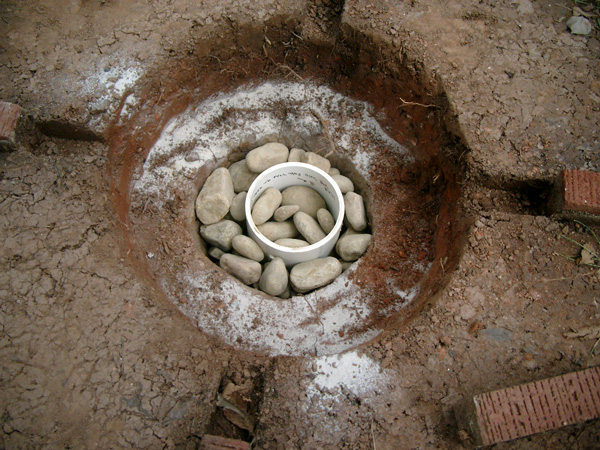 Here’s the “river rock mix” filling the hole. I thought about just filling the outside part with the dirt and leaving the drain empty, but then I thought that future generations might find it easier to remove the pipe if it wasn’t lodged in silt and clay. To that end, I drilled holes to attach rope to the top of the pipe. (You can see my written instructions to future generations inside the pipe.) Also, I figured mosquitos might find a pool of water too attractive, but they probably wouldn’t bother going down under the rocks. 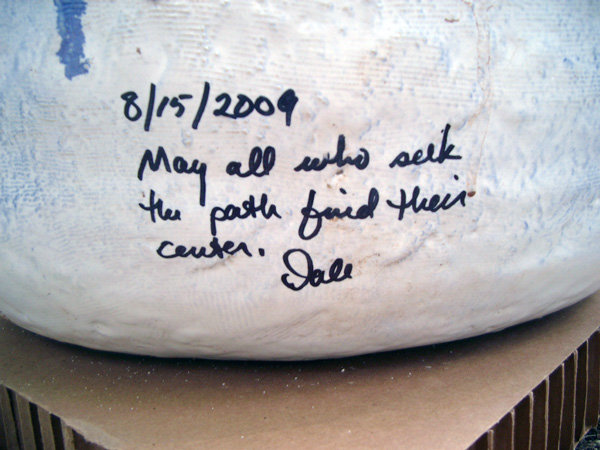 So I got maudlin. Sue me. 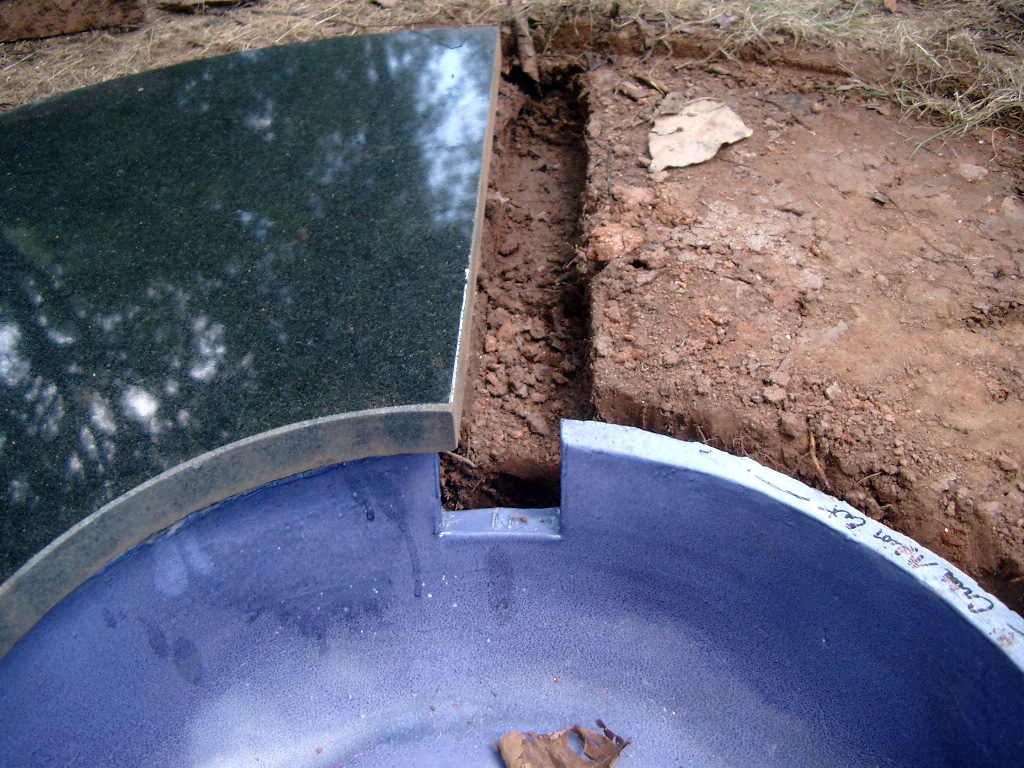 And here we have the Problem: the north and west channels in the bowl do not line up with the bricks. Since the granite is not cut accurately, the channels are non-negotiable. I will have to find a way to cut into the bowl for those two areas. 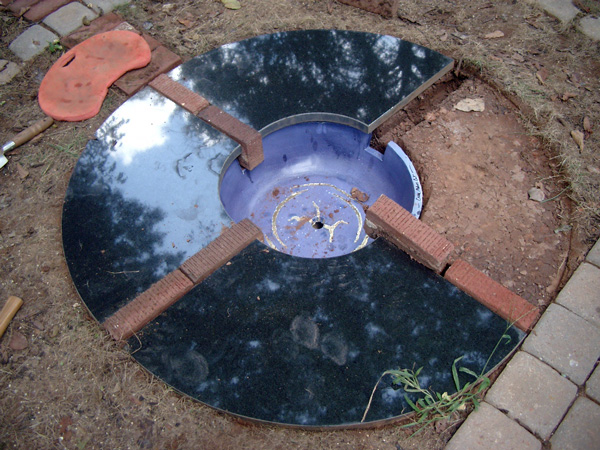 And here’s where we left the thing on Saturday afternoon.