I traveled down to Valdosta for our annual administrative meeting, and this post is more for those with an interest in GHP business than for the general readership.

Look at all the pretty construction! I’ll chat about these in the order in which I took them. 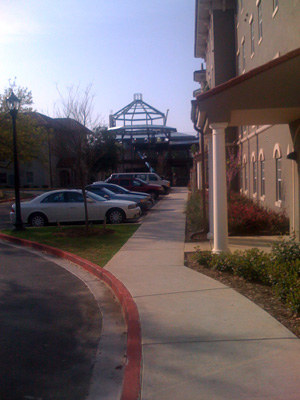 This is looking along the new ginormous Hopper Hall, down what used to be Hopper Circle towards what used to be the University Union. That is the new Union rising upon the ashes of the old one. 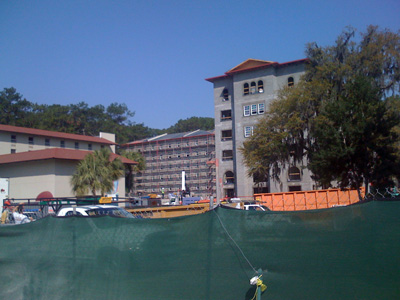 This is the new Georgia Hall, rising from the ashes of the old one. You can see Langdale to the left. Georgia has gone from three floors to five, extended itself over onto the old infirmary, and sprouted a wing out into what used to be Langdale Circle. 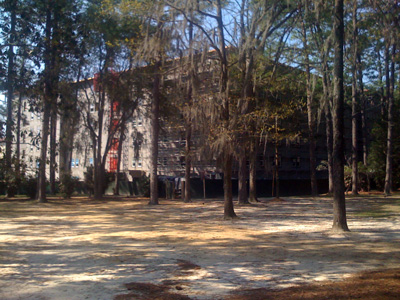 Here’s another shot of Georgia, from Georgia Avenue. 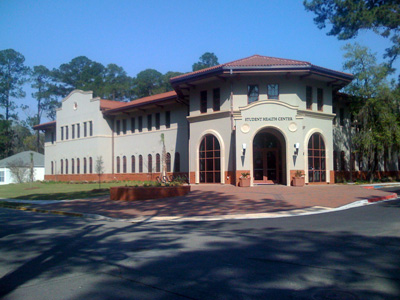 This is the new Student Health Center, across Georgia Avenue from Georgia Hall. Apparently it’s stunning. It’s certainly larger. It can do its own x-rays now, which will save many a daytrip to the ER. (In an added note, Parking is now way over in a new office in the Sustella Parking Deck.) The old infirmary was called the Farber Health Center; I don’t know why the new one didn’t carry the name over. Perhaps the Farbers didn’t donate enough to retain the honor? 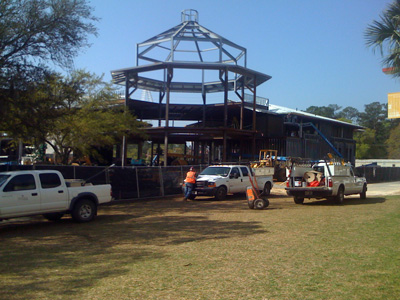 Here’s another shot of the Union, taken at the end of the pedestrian mall in front of the library. Yes, it will have a big ol’ atrium. 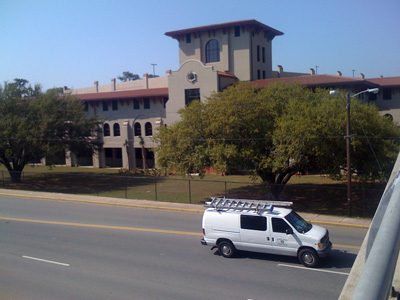 Trudging over the pedestrian bridge, here’s a shot of the new Oak Street Parking Deck. Very nice, and even nicer are the Auxiliary offices on the Education Building end of the thing. They are spacious and beautifully appointed. The team is very proud of their new large multipurpose room, which is a Starfleet Command meeting room, along with an enormous catering kitchen attached. Very very nice. The additional parking is handy as well. The University Police occupy new digs on the other side, but I didn’t see them. 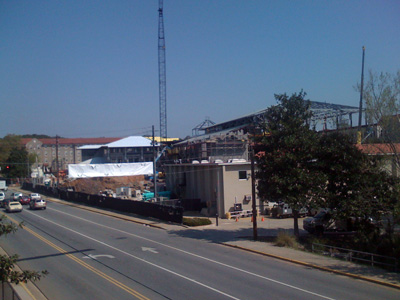 Looking back towards campus, here’s the Union again. It’s huge. It sits where the old Union, pool, and Old Gym used to be. 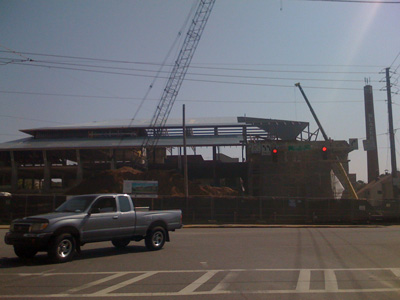 Finally, here’s a shot at the end of Baytree. You can see the old smokestack doing its phallic thing on the right. Last year, you would have been looking at the back end of the Old Gym. The new Union will have meeting rooms, a food court, offices, and way up there at the top of this wing (the other wing runs along Hopper Used-To-Be-Circle) my ballroom.

In addition to this new construction, Nevins will be undergoing renovation by the time we get there, as will Ashley Hall. (IT has moved into University Police’s old quarters in Pine Hall.) Traffic up and down the campus will essentially be between construction sites.

All of this will be over and done with by next summer, and then we will be safe from construction/renovation for some time to come. It’s part of the strategic plan, and the construction part of all of that has played itself out. No new Fine Arts Building in our future, I’m afraid.

On the way home, I avoided I-75 and took US 41 up to Tifton. There’s this building in Sparks, right north of Adel, that has astounded me for years, and I finally took a picture of it: 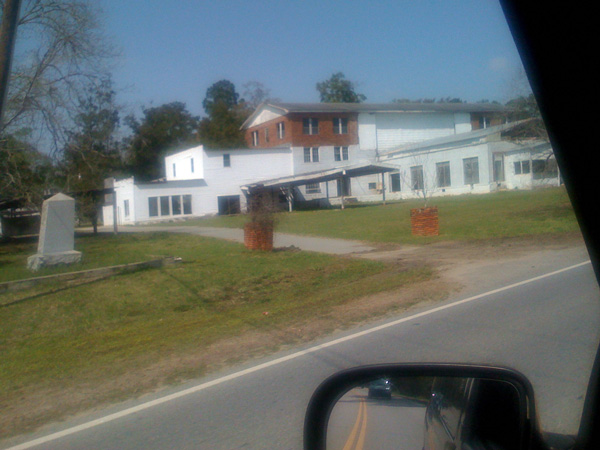 This is driving north, just as you get to it. 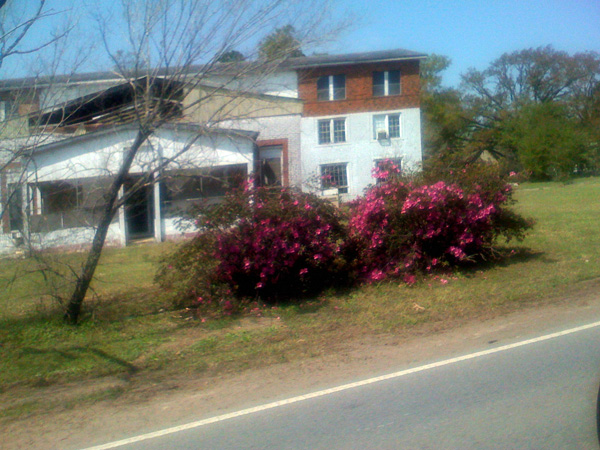 And here’s rounding the curve, right in front of it.

What the hell is it? It’s enormous, and it’s been abandoned for as many years as I’ve been driving through there. It’s obviously a patchwork kind of place, and it gives off vibes of both commercial and residential. If this were in Houston or Peach County, I’d say it was a former peach farm kind of thing, where migrant workers bunked in the background and peaches were sold to tourists up front. And that would make sense before I-75 came through: US 41 was the old 75. But I’m not aware of Cook County being a big peach area.

I’m going to have to stop and ask this June.