From the Ponte Vecchio, we hiked over to Il Duomo, the central cathedral. 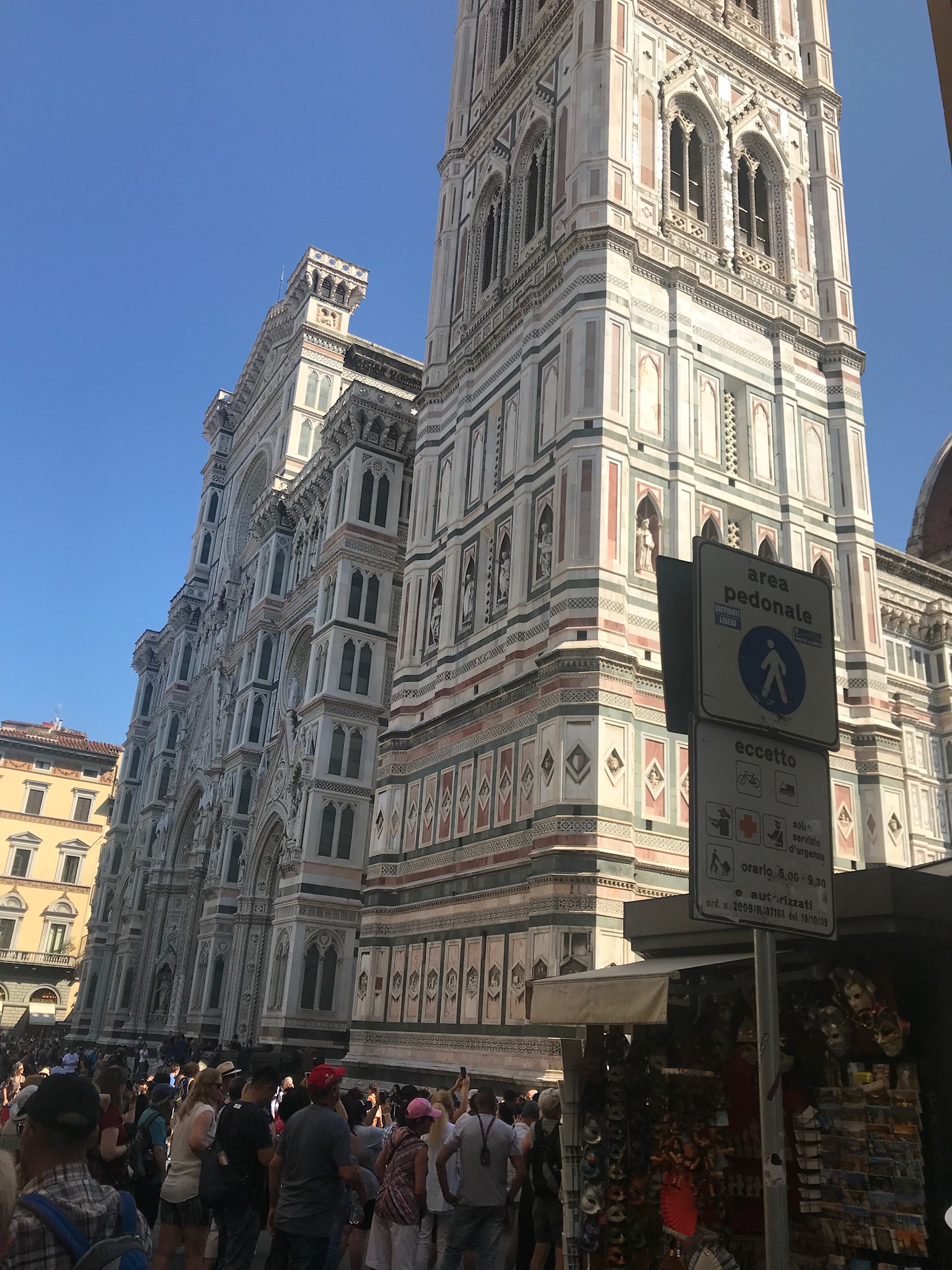 Known as Il Duomo (“The Dome”), the Cathedral of Santa Maria del Fiore has become the symbol of Florence itself. Started in the 1200s, it wasn’t finished until Brunelleschi designed and constructed the dome in the 1400s.  If you don’t know the story of the design/construction of the dome, go read up.  It’s astounding.  It was the first octagonal dome in history to be built without scaffolding to hold it up while it was being built, and it remains the largest brick dome in the world.

The campanile was designed by Giotto…

… and the doors to the Baptistery (across the plaza) were designed by Ghiberti, who competed with Brunelleschi for the design of the dome. 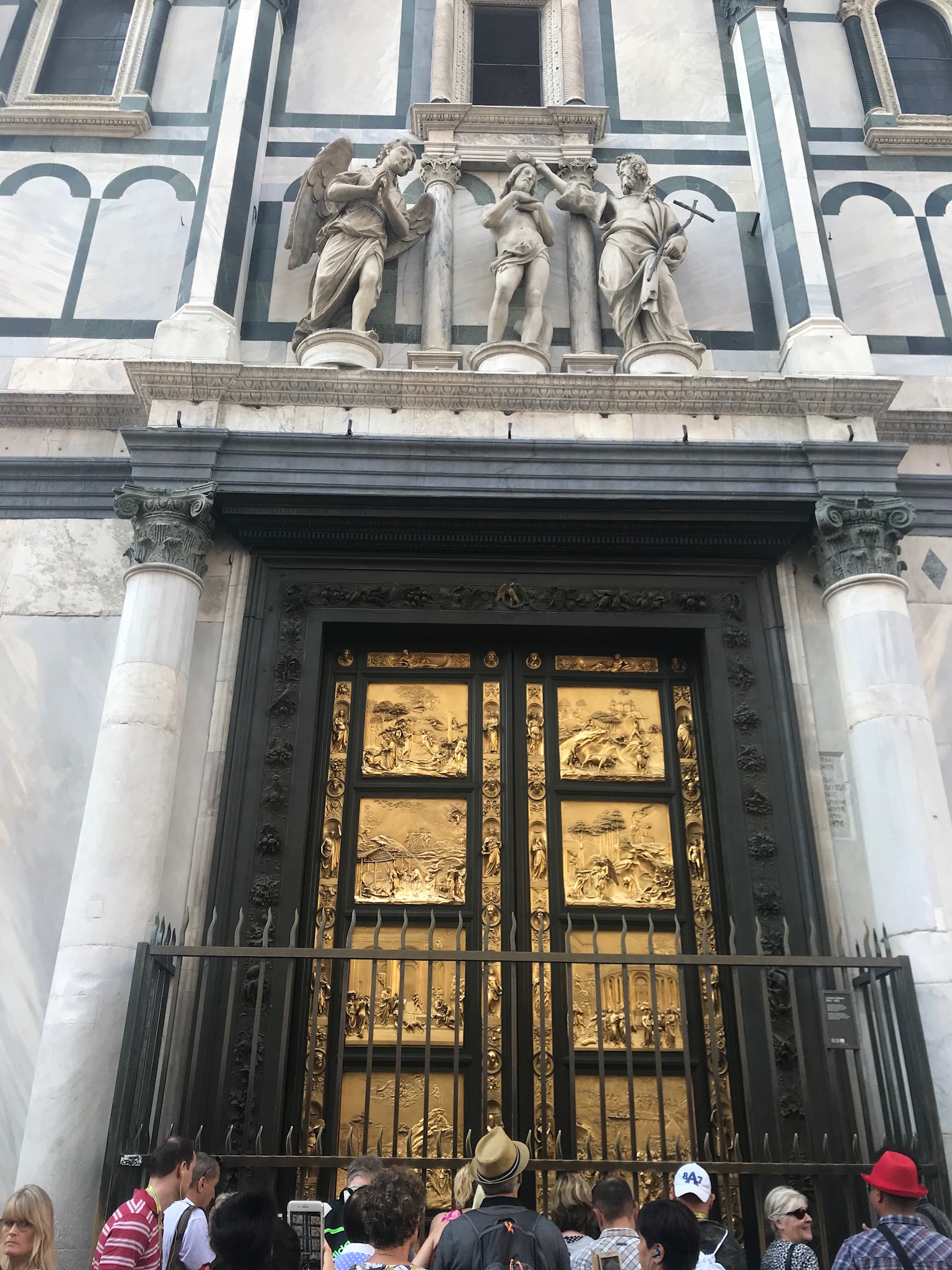 Made of gilded bronze, they’re known as the “Gates of Paradise” due to their beauty: 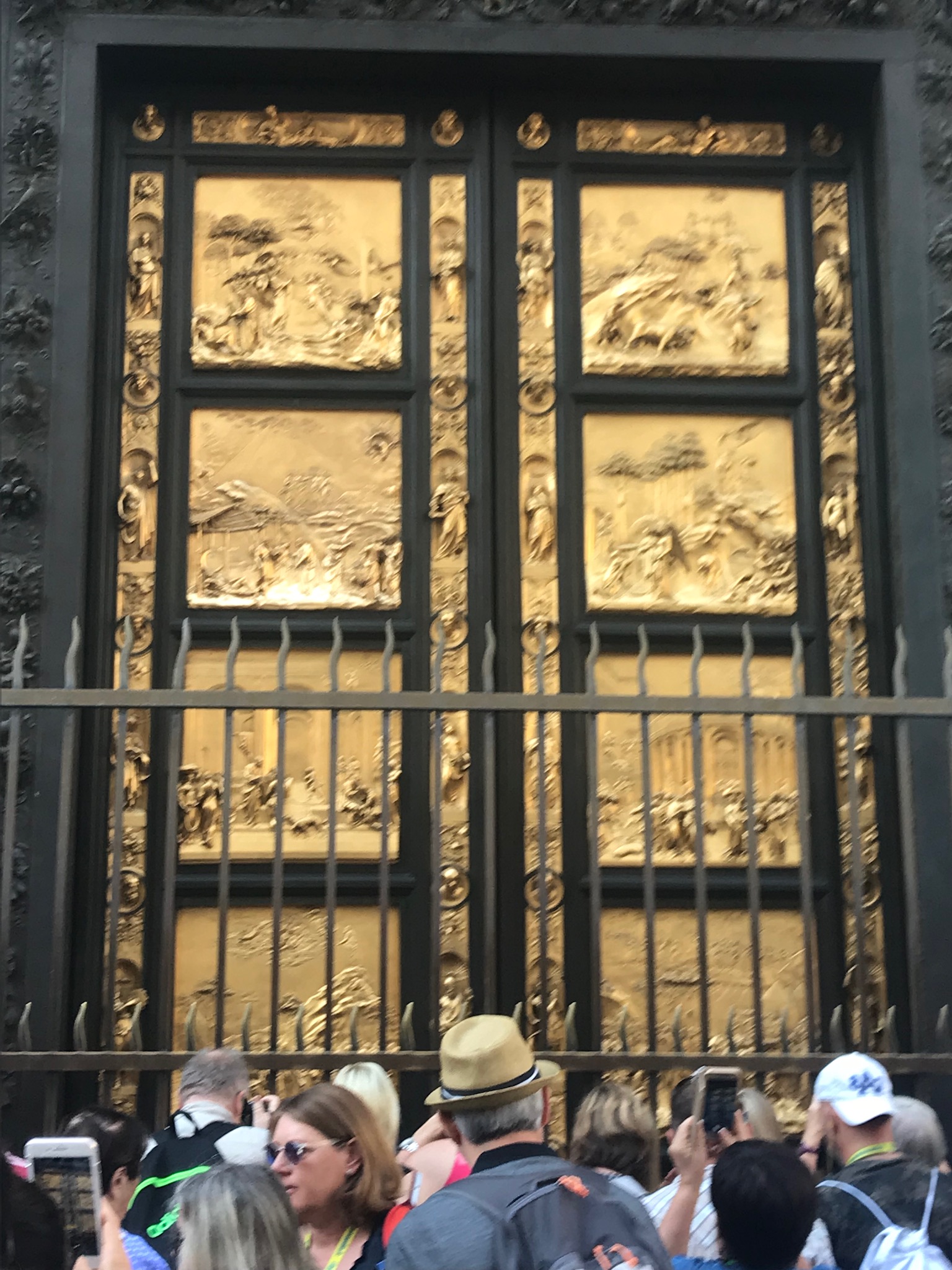 The cathedral is decorated with polychromatic marble and is striking on the outside. 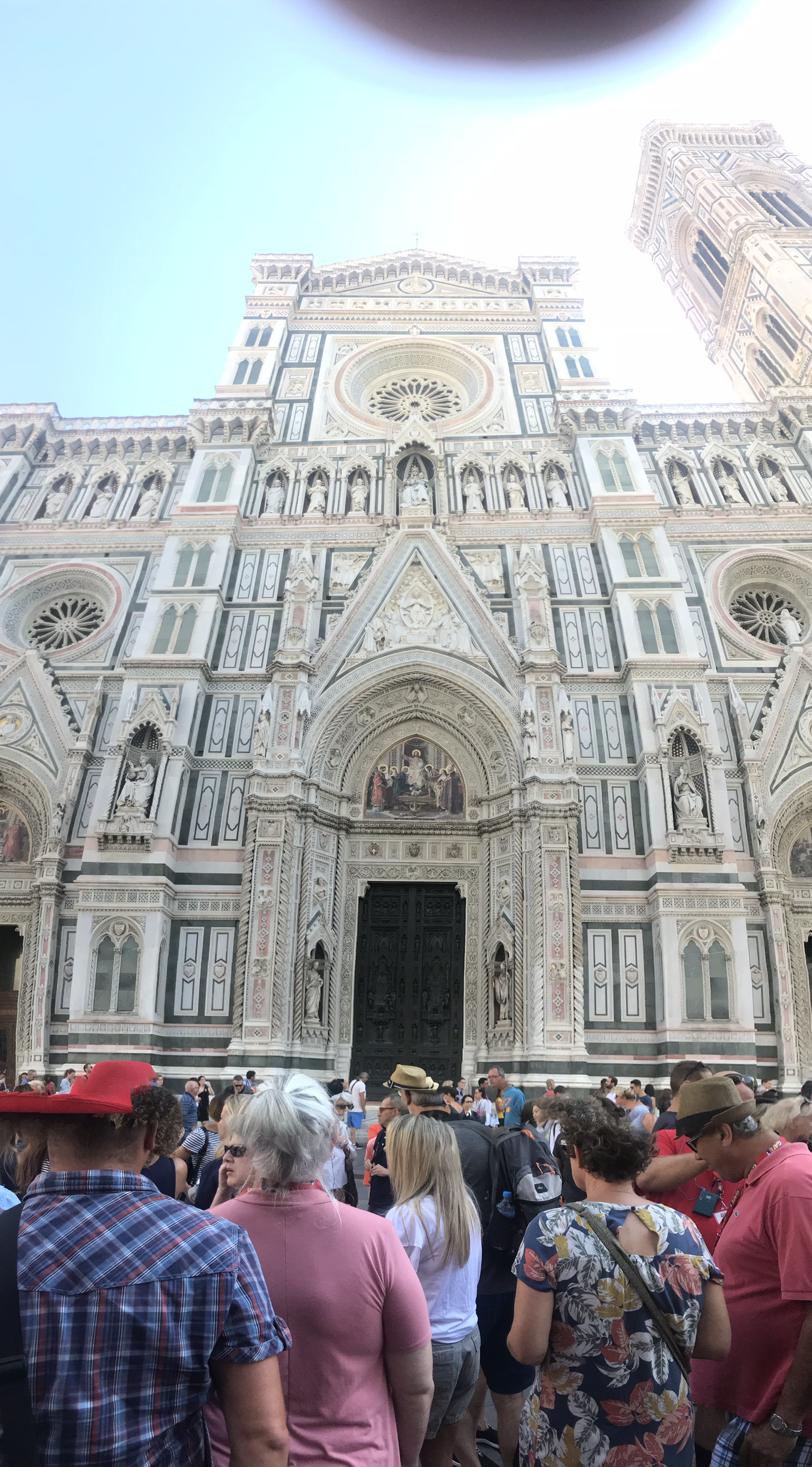 We were assured that the interior is actually a little disappointing after the exterior, plus the line to get in was four hours long, so we crossed that off our list for the afternoon free time.

Onward to the Academie, where we skipped what Ignazio called the “sad line,” i.e., those who were in line to buy tickets, and got into the “happy line,” those of us on guided tours.  More about that in a moment.

We were there to see the actual David. After getting through security — everywhere has security — we dawdled for a moment in the first room before being led into the next room: 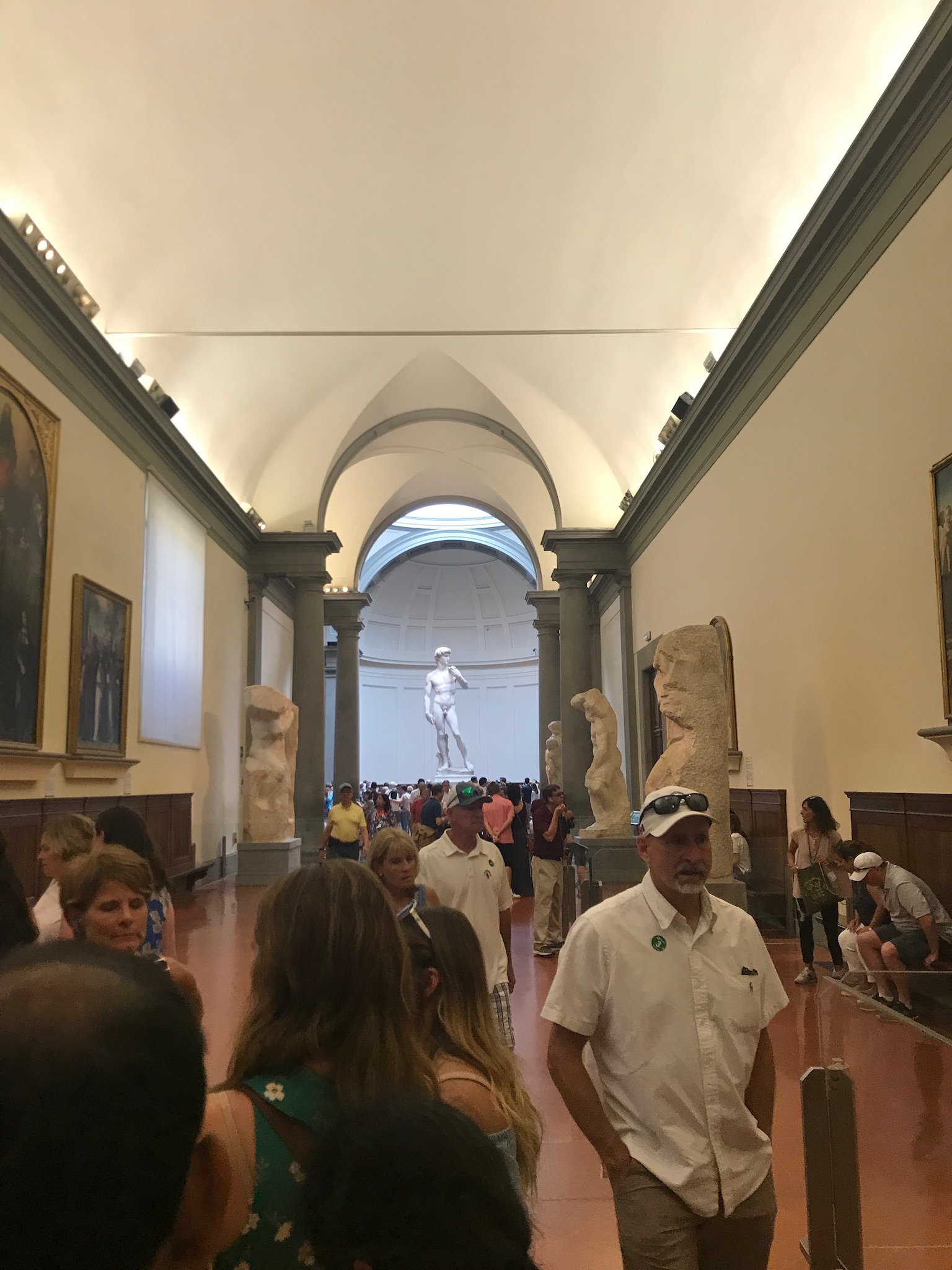 Gotta say, this is a thing of beauty, incredible beauty. It’s not something you can shrug off. You gasp as you turn the corner into the hall, and there he is.

Along the way on either side are four of the “Slaves”: unfinished sculptures from the ill-fated tomb of Pope Julius II, Michelangelo’s patron/nemesis.  They all seem to be struggling to free themselves from the stone. 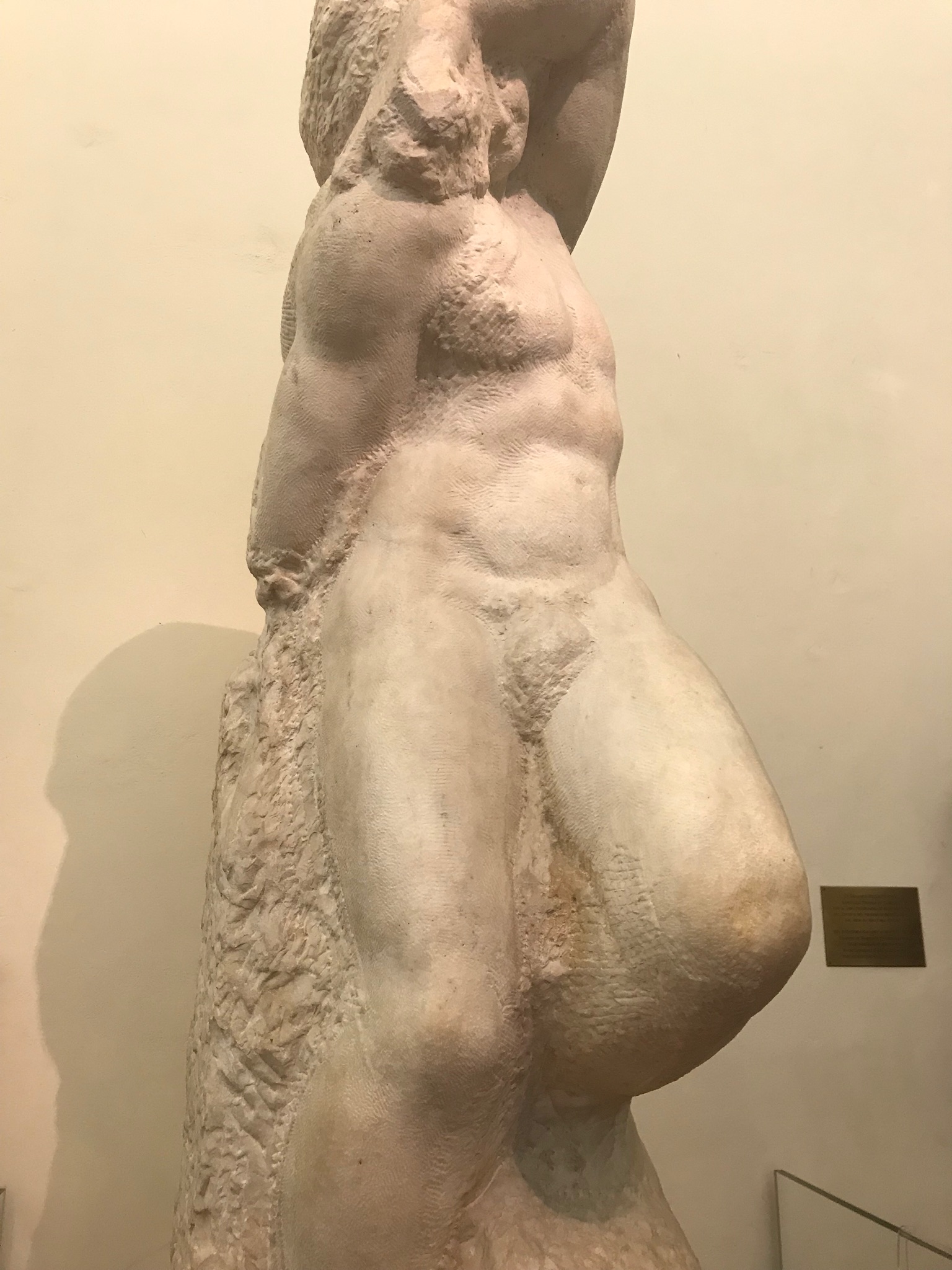 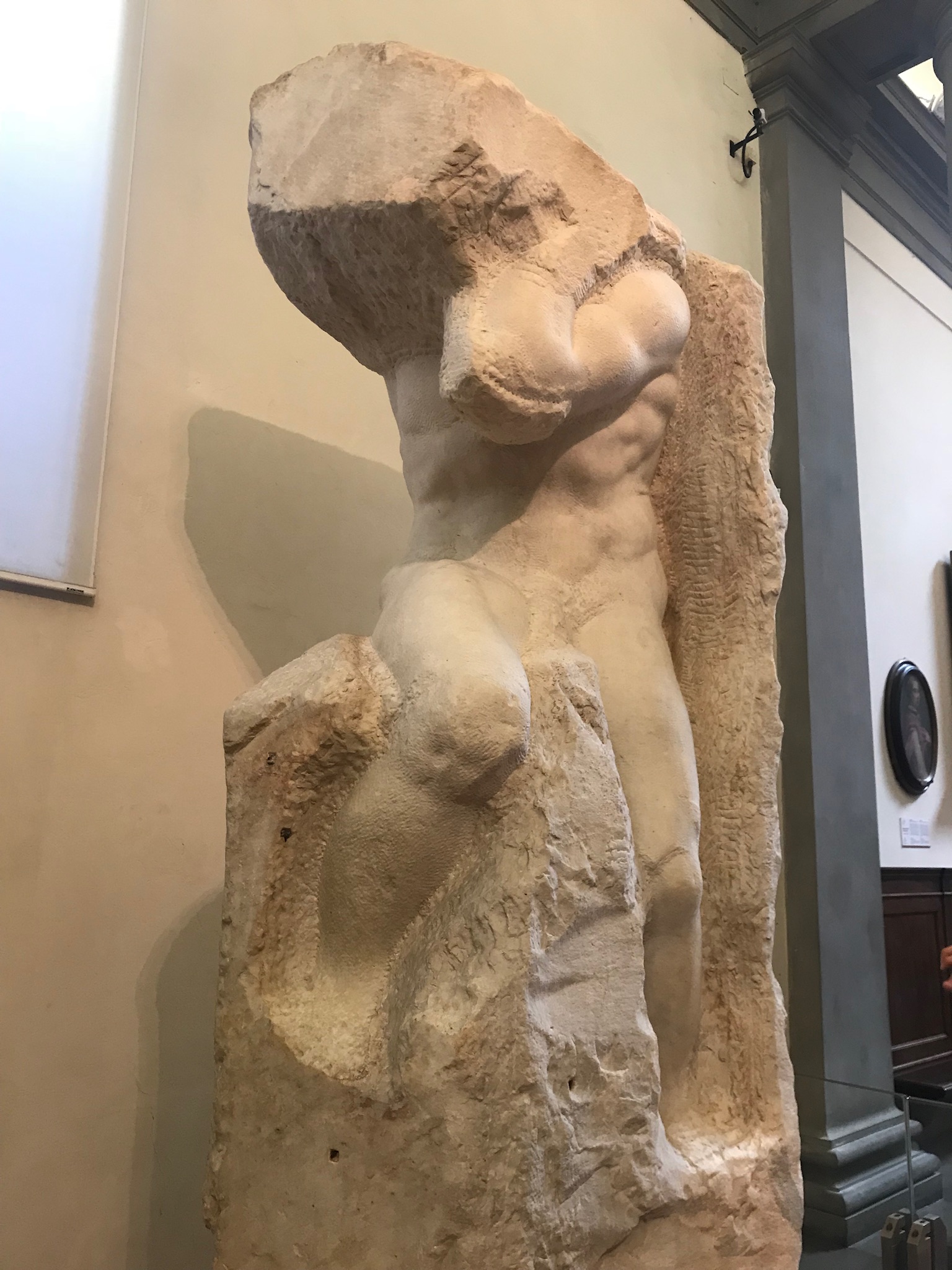 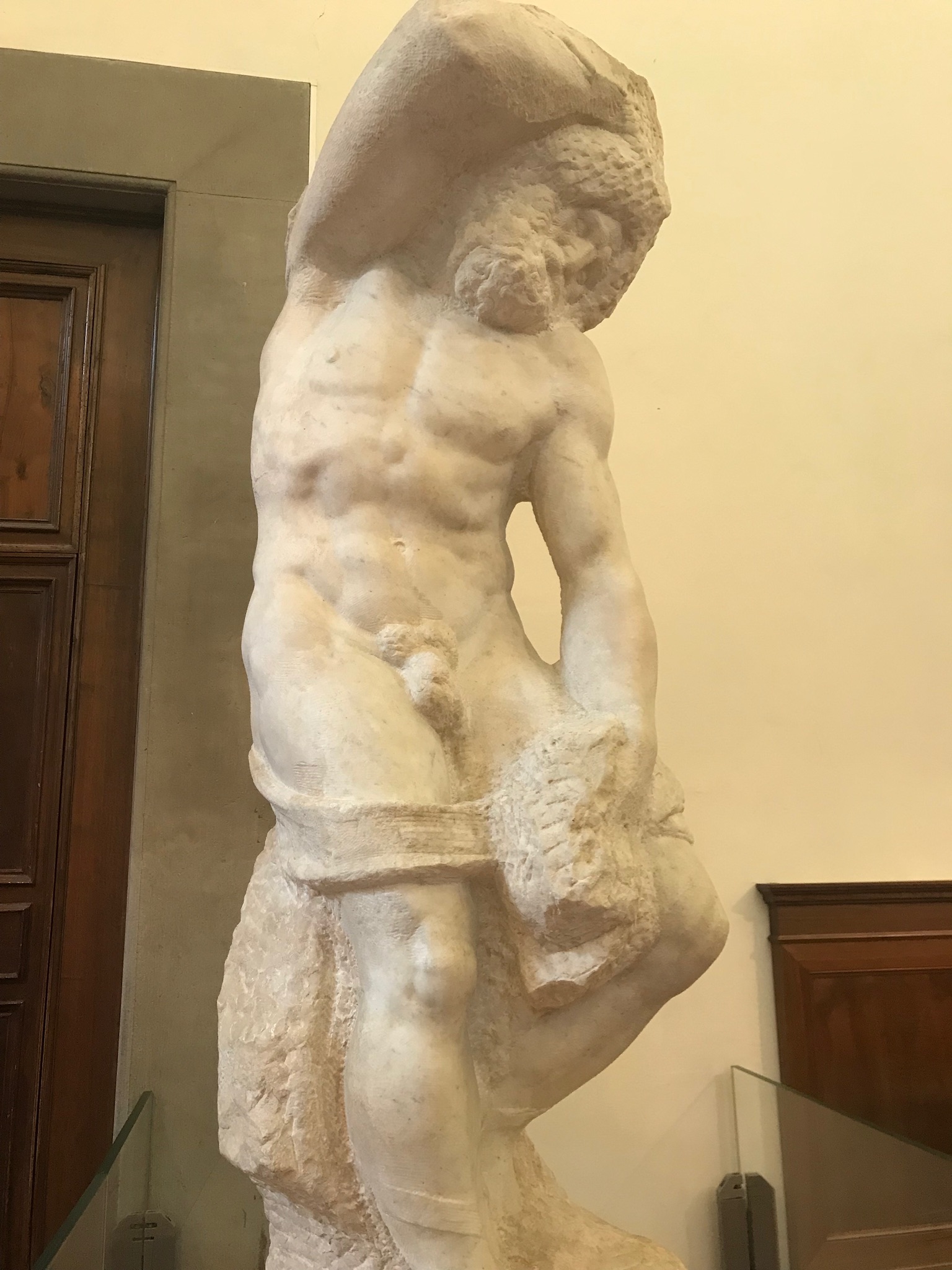 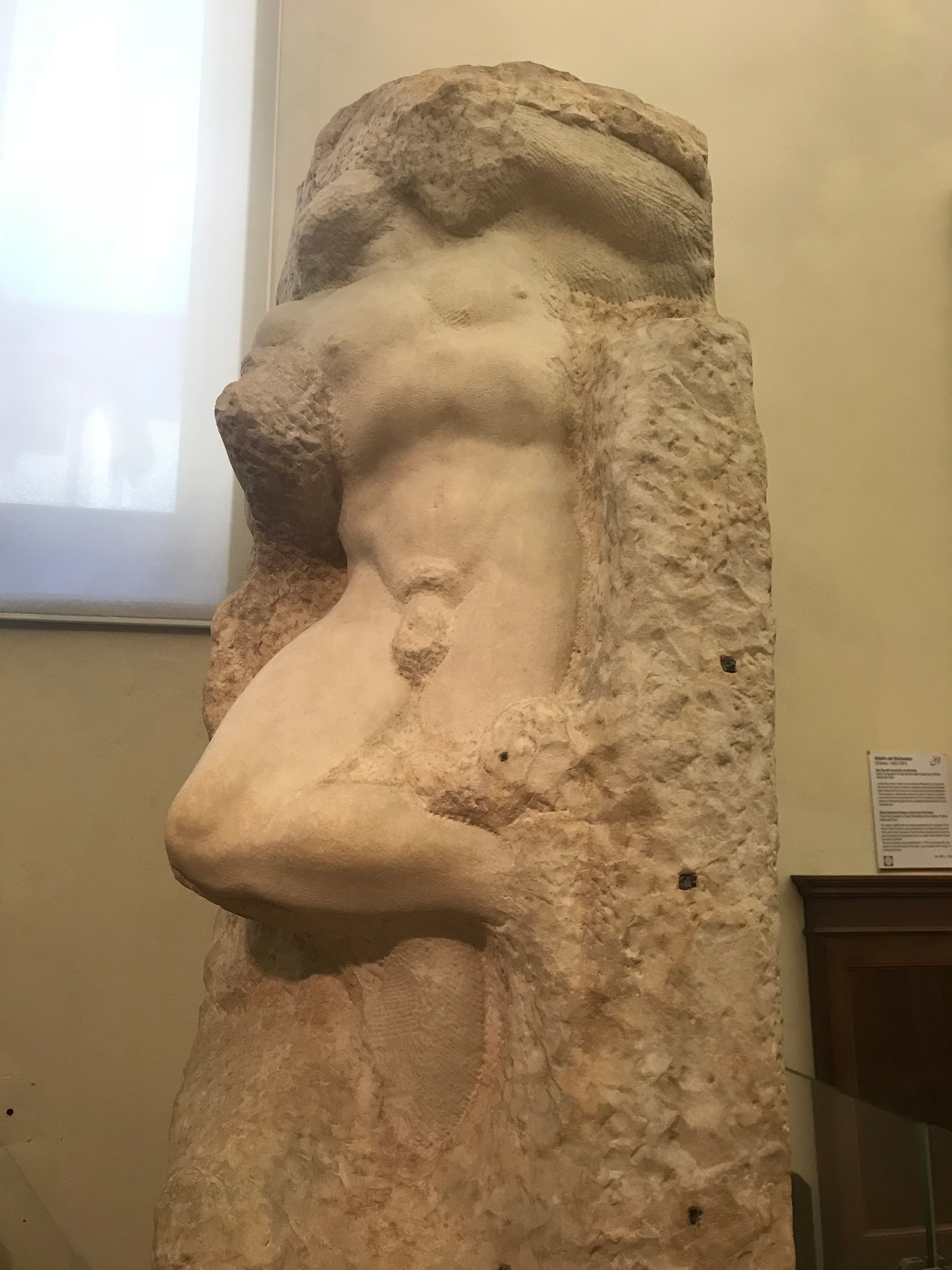 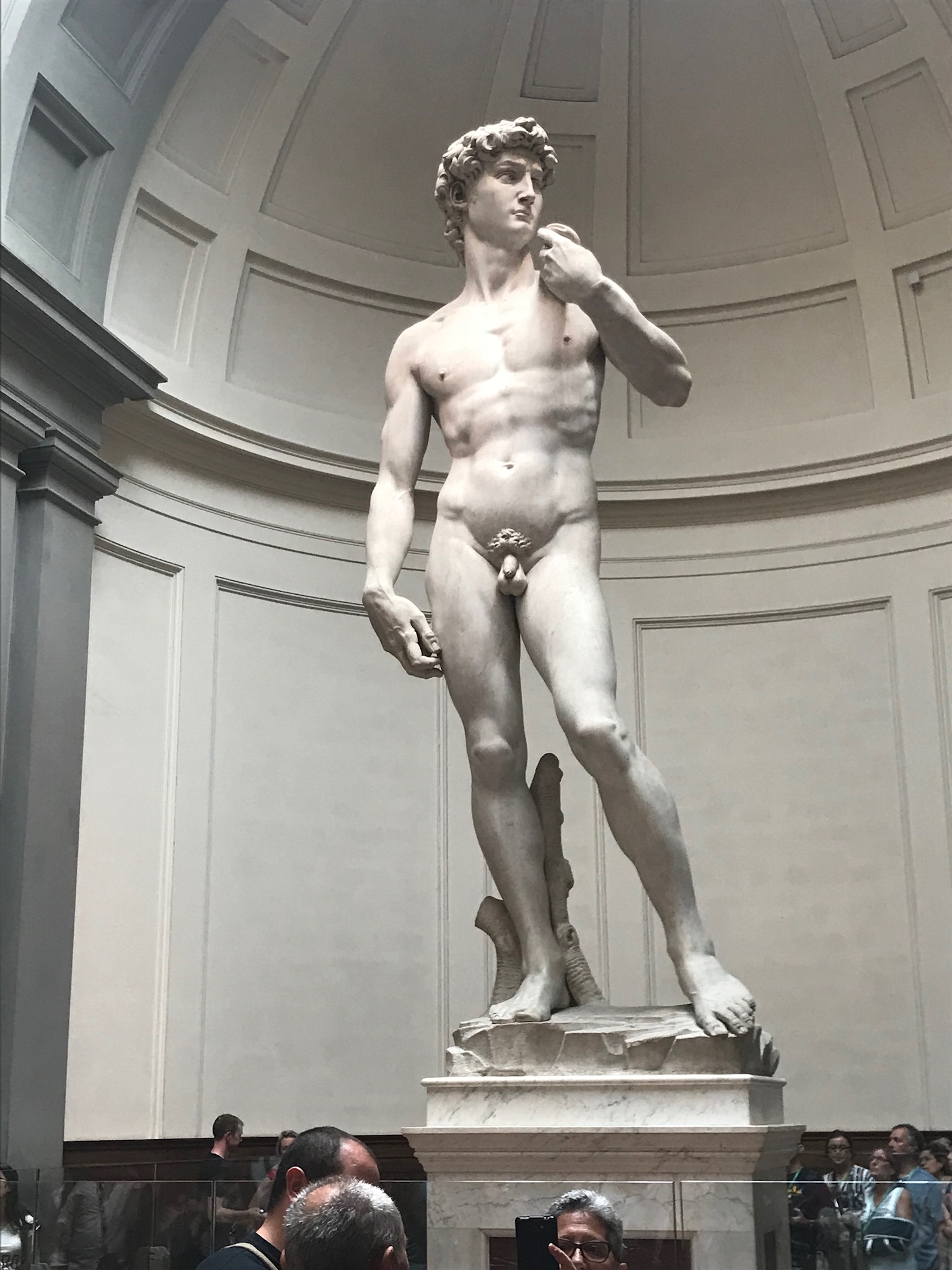 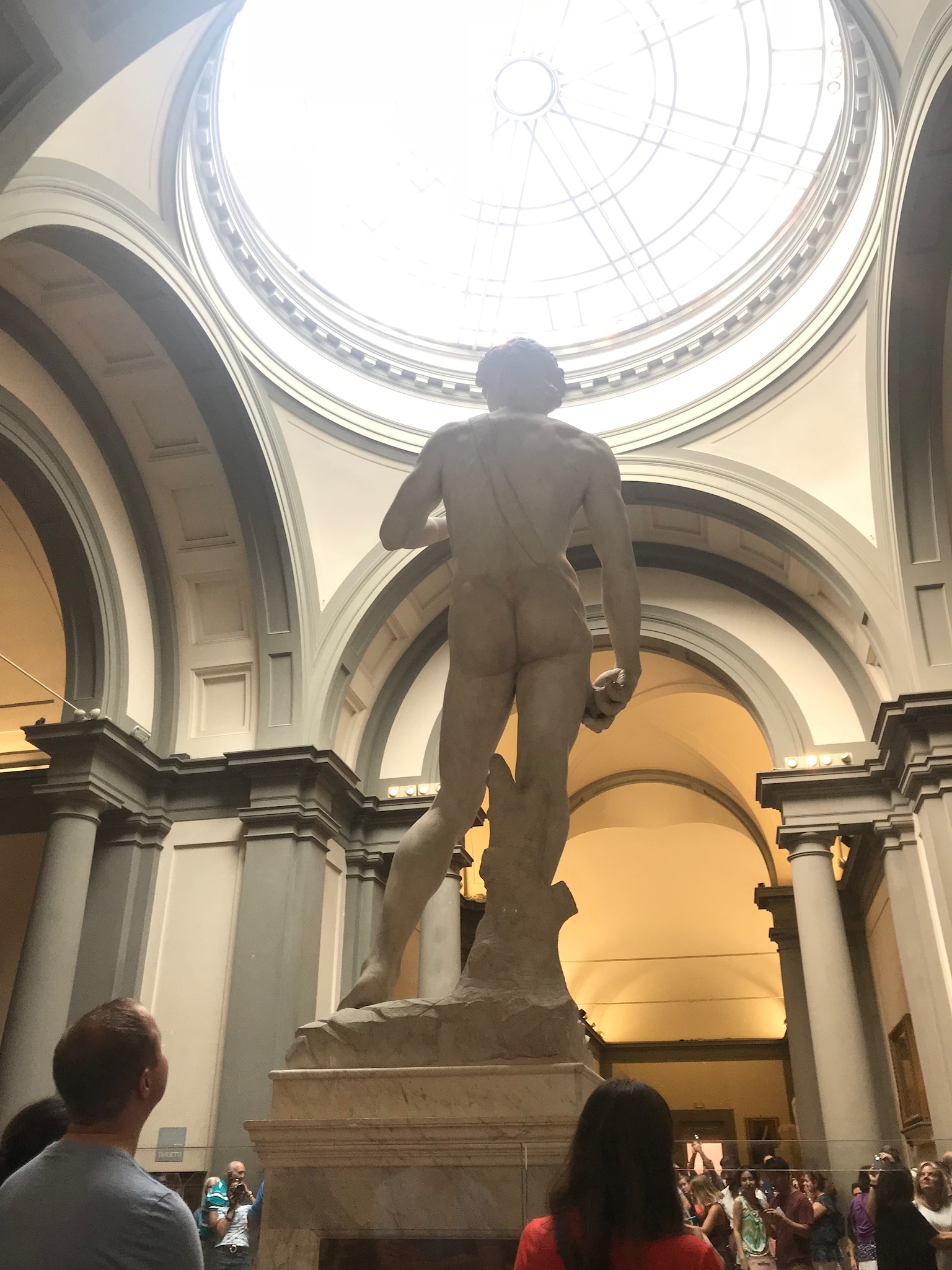 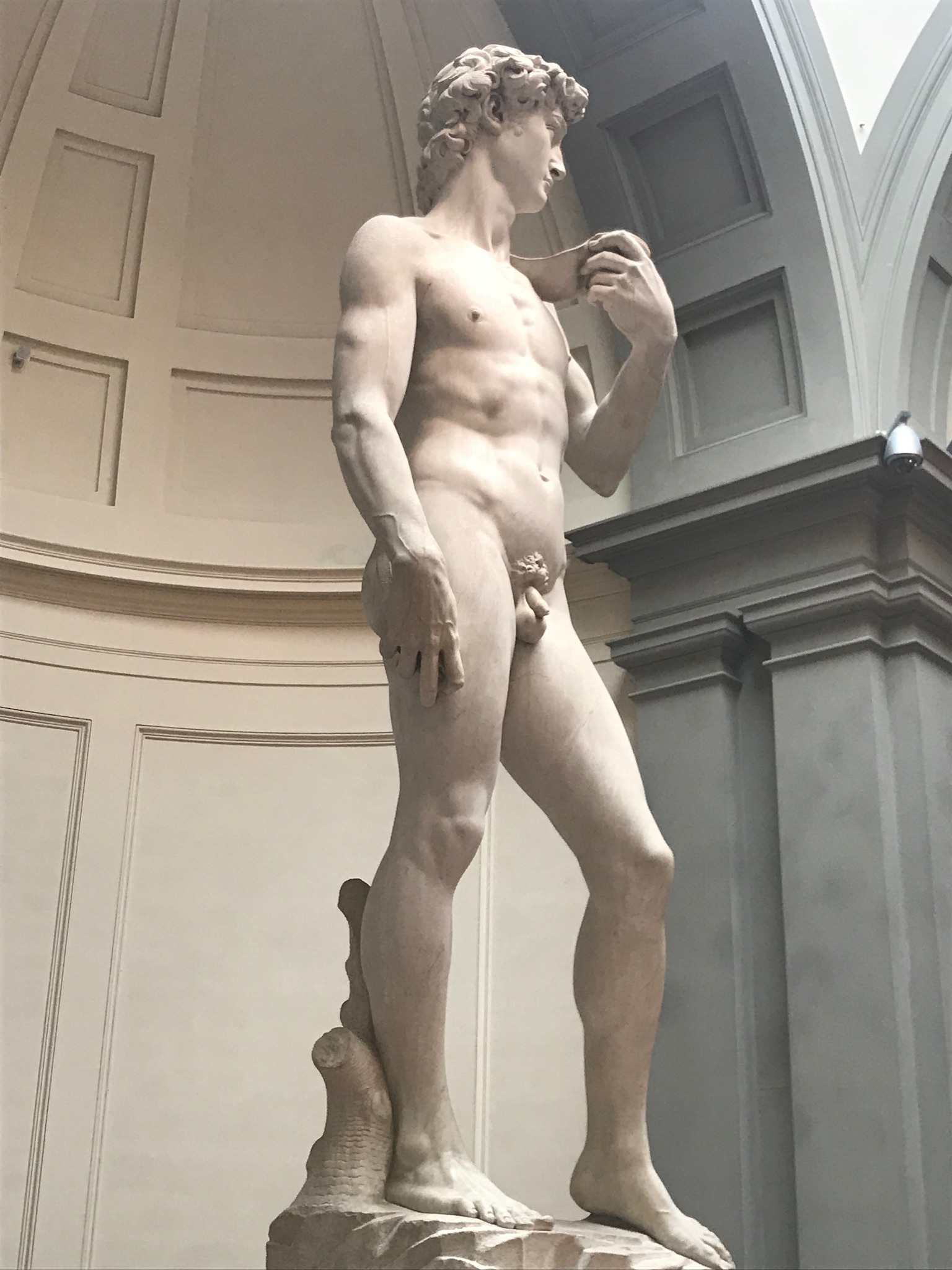 He’s huge: 17 feet tall. Originally conceived as decoration for one of the churches, he was carved from a single block of marble that had been lying around Florence for 30 years; flawed, no one wanted to use it until Michelangelo selected it for this work. It took him two years to complete, and by that time the city fathers realized it was going to be impractical to hoist him to the top of the church, so they put him (after a lot of debate) in front of City Hall as a symbol of political defiance to the former Medici rulers.

So iconic has the image become that even us recovering Baptists forget that the David of the Old Testament was a shepherd boy, not a super hot 20-something.

The exhibitions of the Academie are not otherwise extensive, but there was a nice exhibit of musical instruments, from keyboards made by Cristofori (the inventor of the pianoforte) to the serpent: 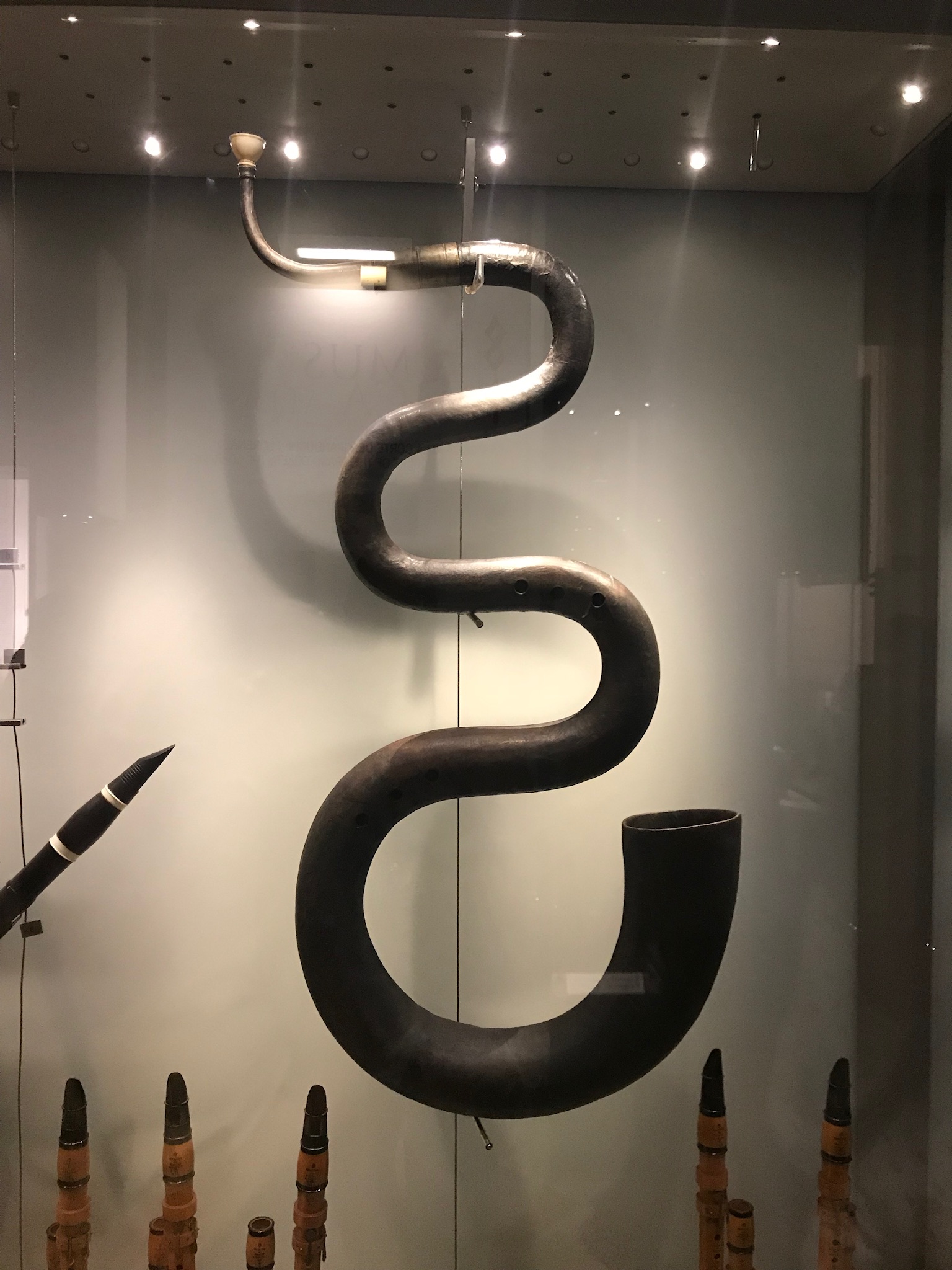 After the Academie visit, we were free. Advised on the best places to lunch (and shop), we set out.  The LFW inquired at the info desk and found that timed tickets to the Uffizi could be bought at a ticket office across the street.  This is a definite pro tip: do not stand in line to by tickets anywhere.  Go to a ticket office and buy a timed ticket, because then you get to go in the happy line.

Lunch was the Open Stove, which advertised itself as an Irish pub but which was an Italian restaurant with nachos on the side. Food was not great, but the decor was primo.

On our way to the Uffizi: 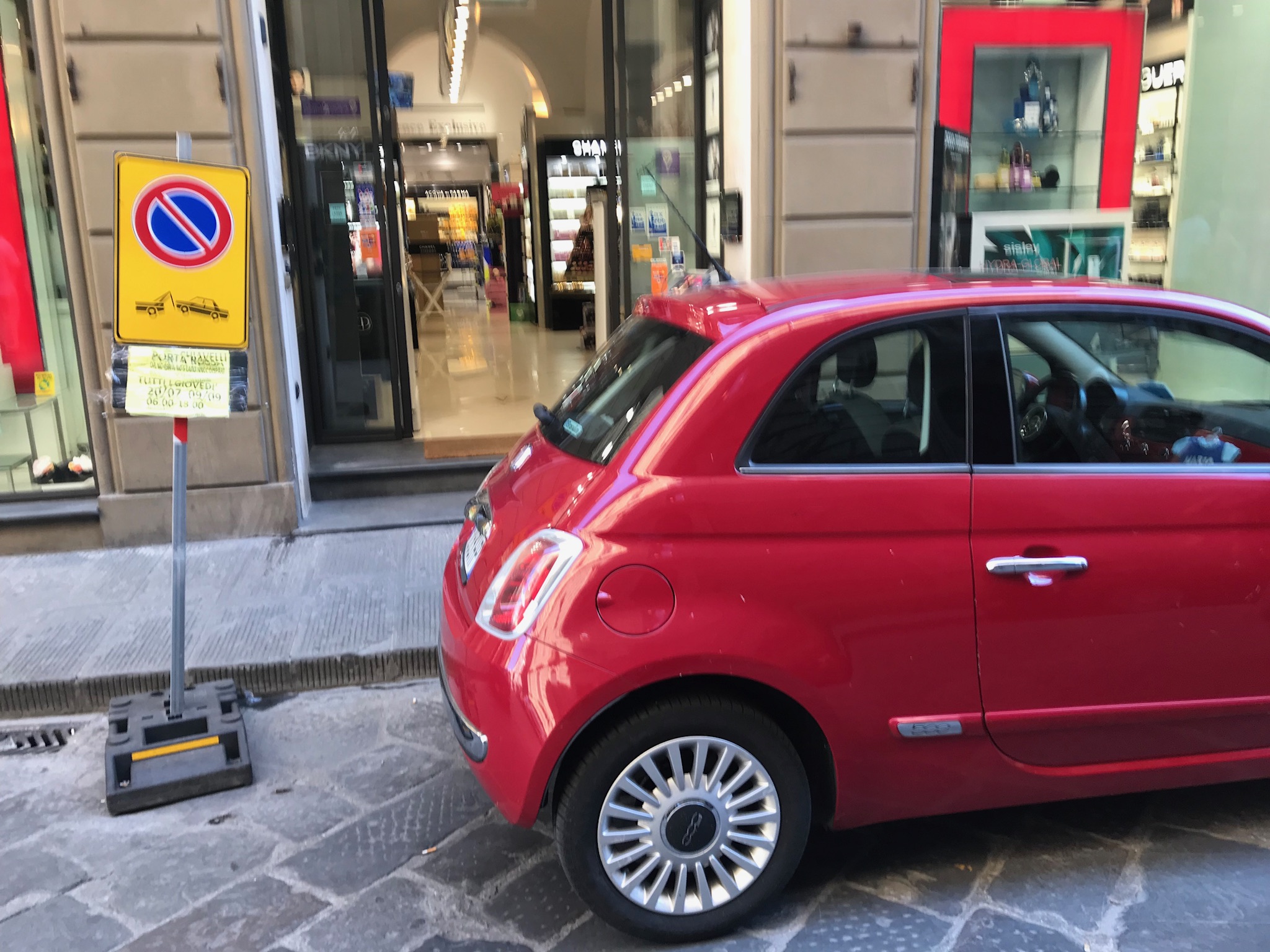 The famous Italian temerarietà about traffic rules. (Later, in Rome, our guide Susanna pointed out a car parked in what looked like mid-turn at an intersection and commented sardonically, “Eh, it’s in the shade.”)

The Uffizi is the former office building of the city, hence the name:

It’s a huge U-shaped building, and it is full of the art collected by the Medici family over the years.  The last remaining heiress of the Medici donated all of it to Florence, and I can only say that if you are in Florence, this is a must. It’s like a greatest hits of your art history class.

I may have said this before, but even the best reproductions in our textbooks do not come close to the experience of the real thing. You see details, you see the individuality and even the personality of the people, you see the action and emotion in ways that a reproduction can not reproduce.

Remember, this was their city office building. Here’s the entrance hall. 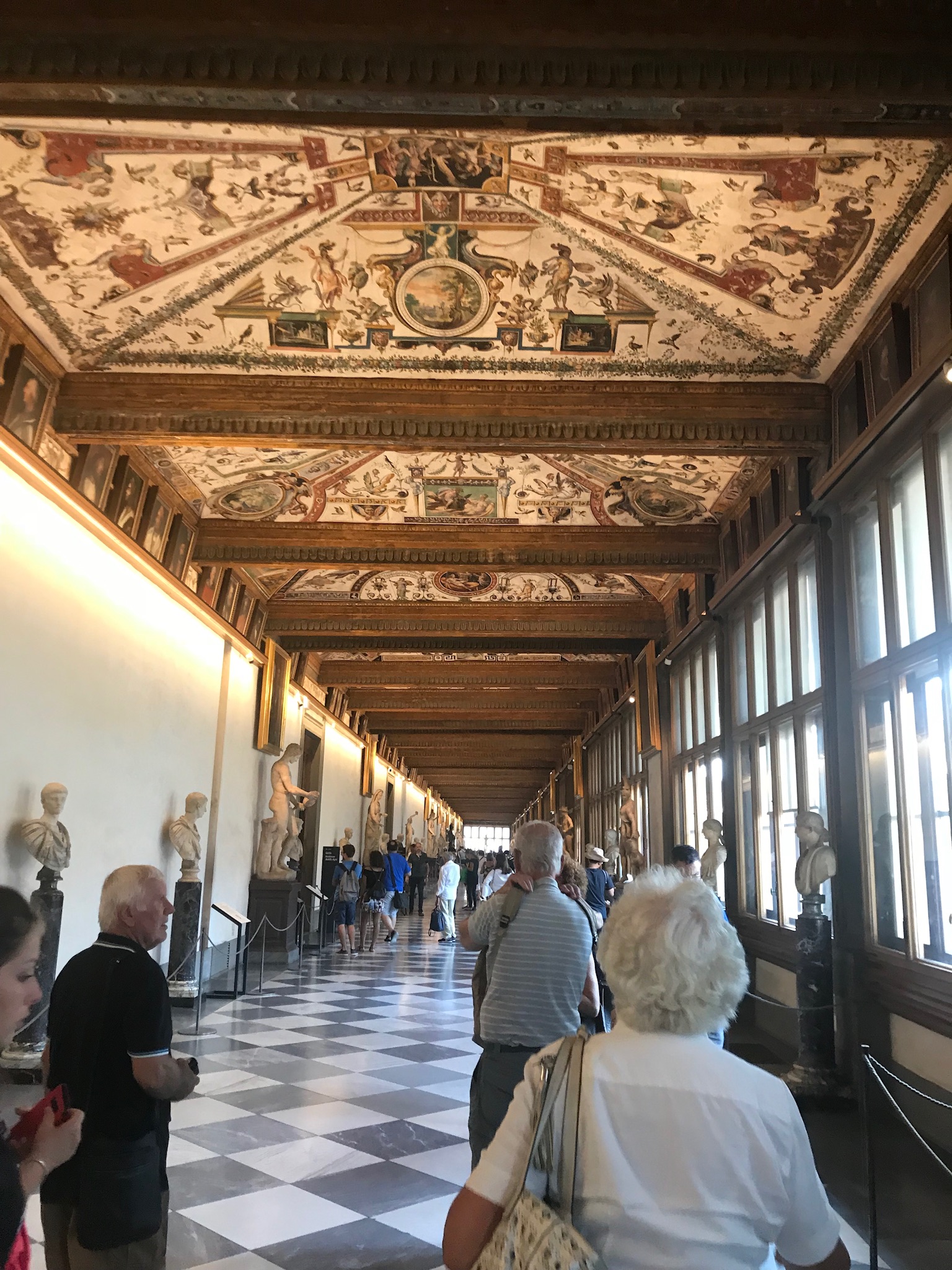 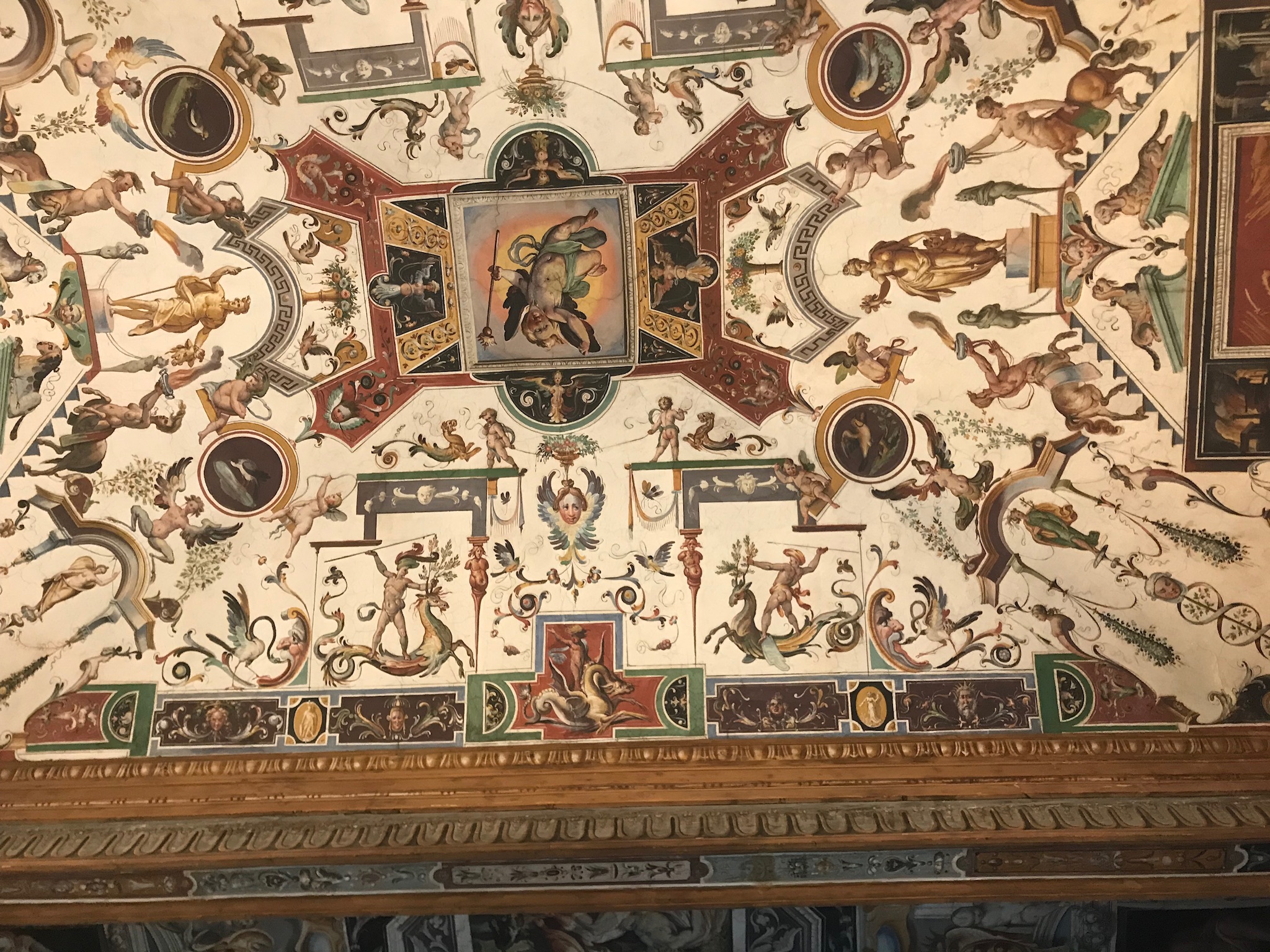 With limited time, we headed straight for the Renaissance rooms: 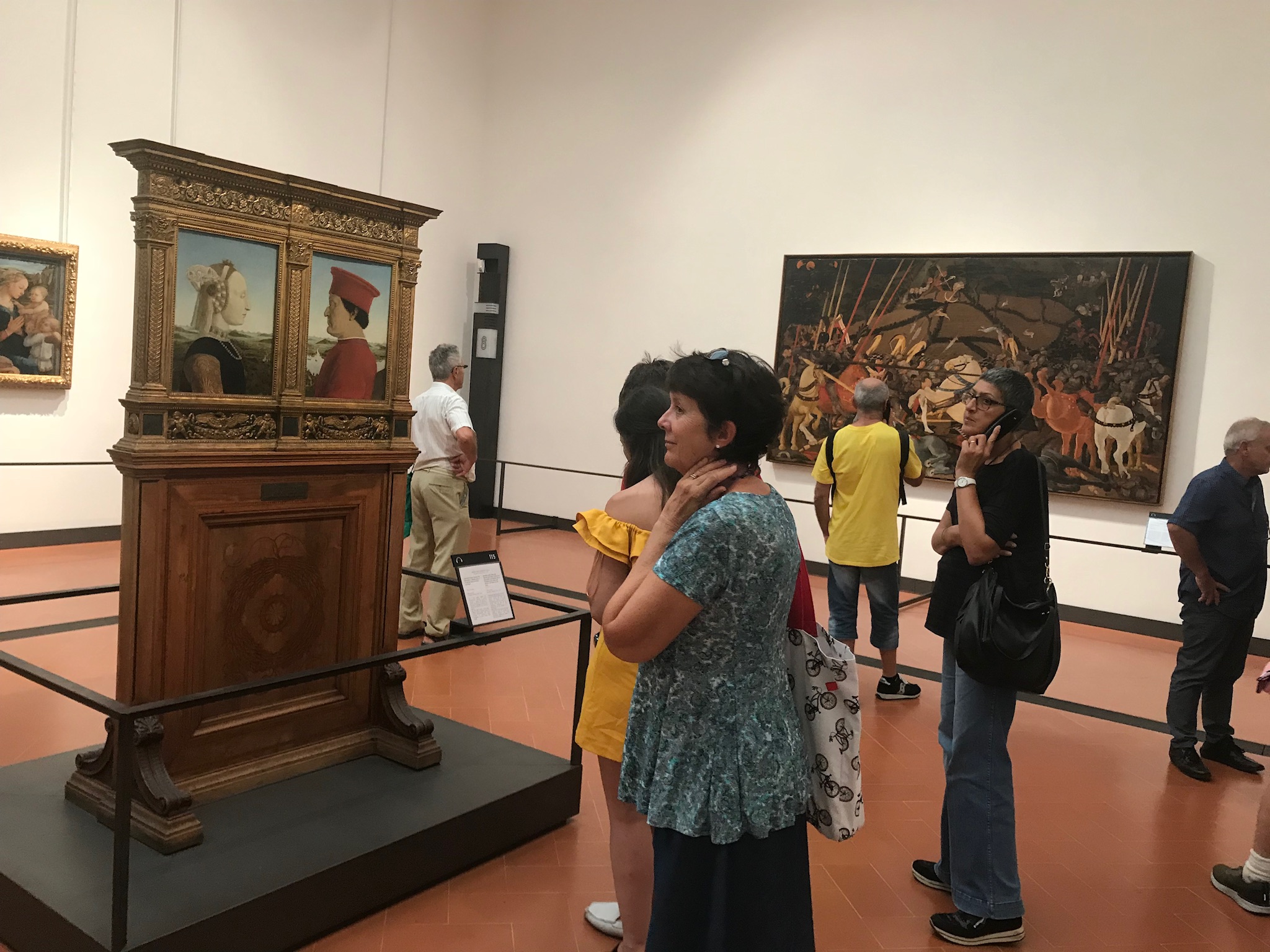 You’re immediately immersed in all those paintings you’ve seen your whole life. 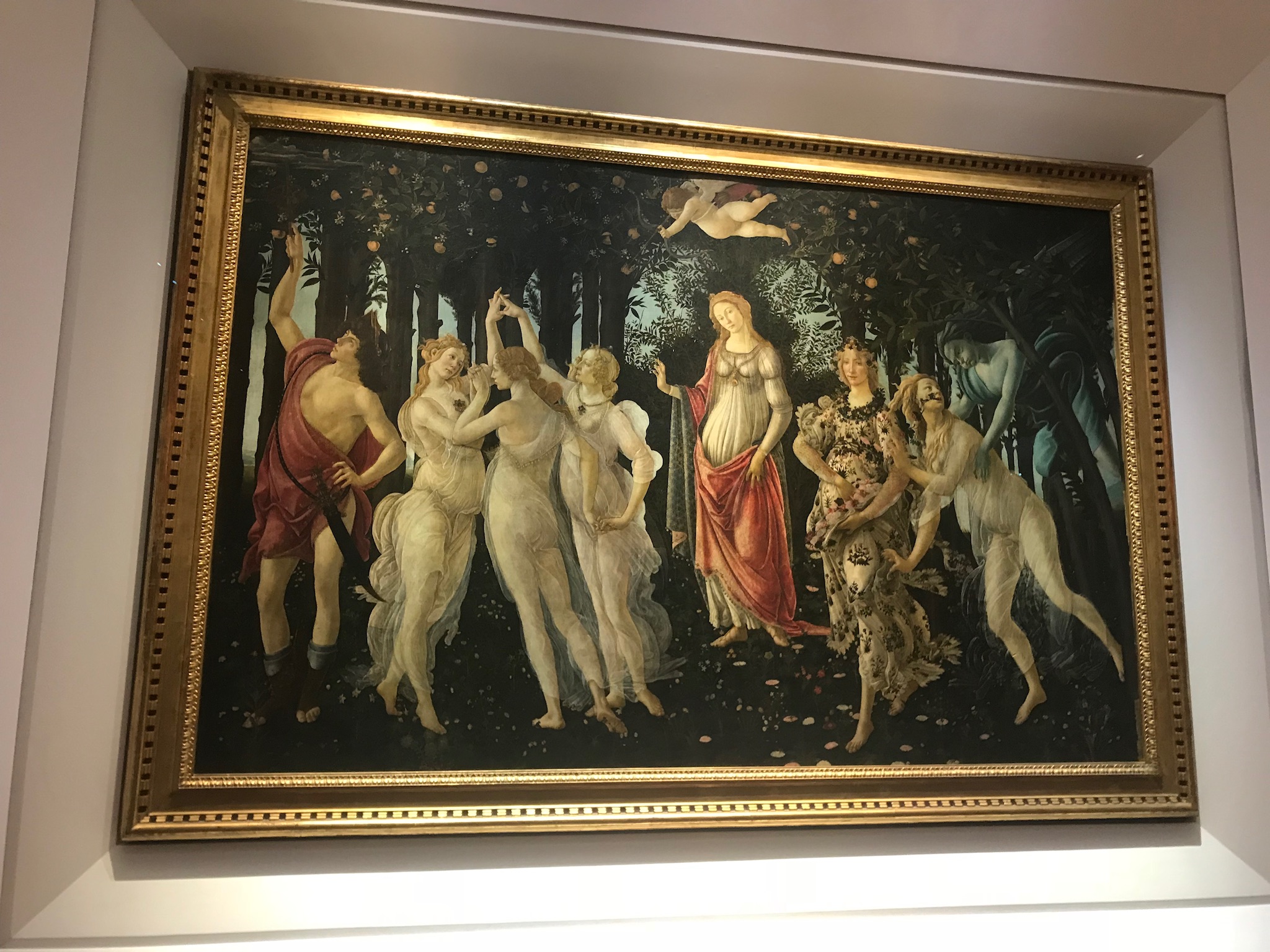 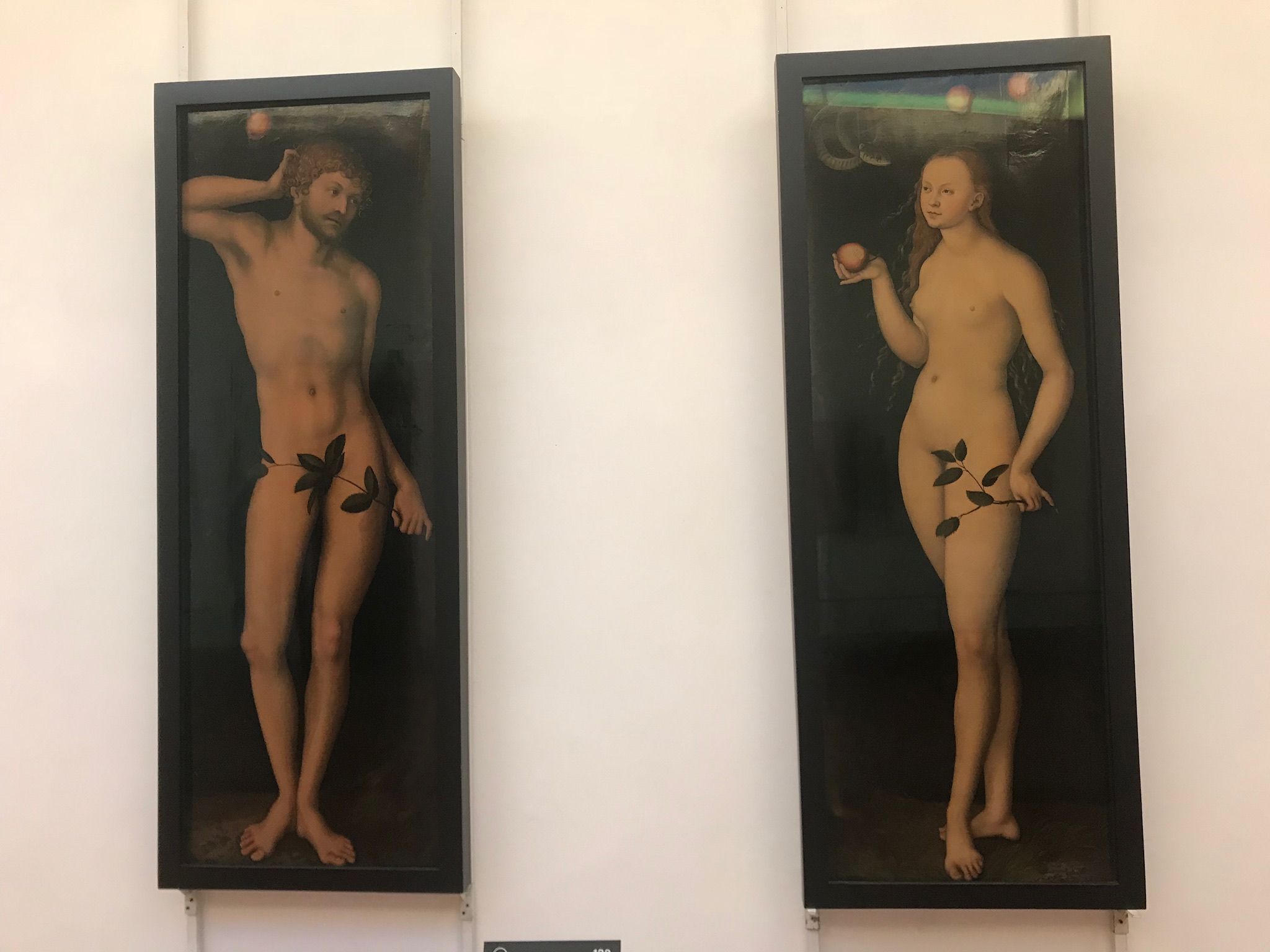 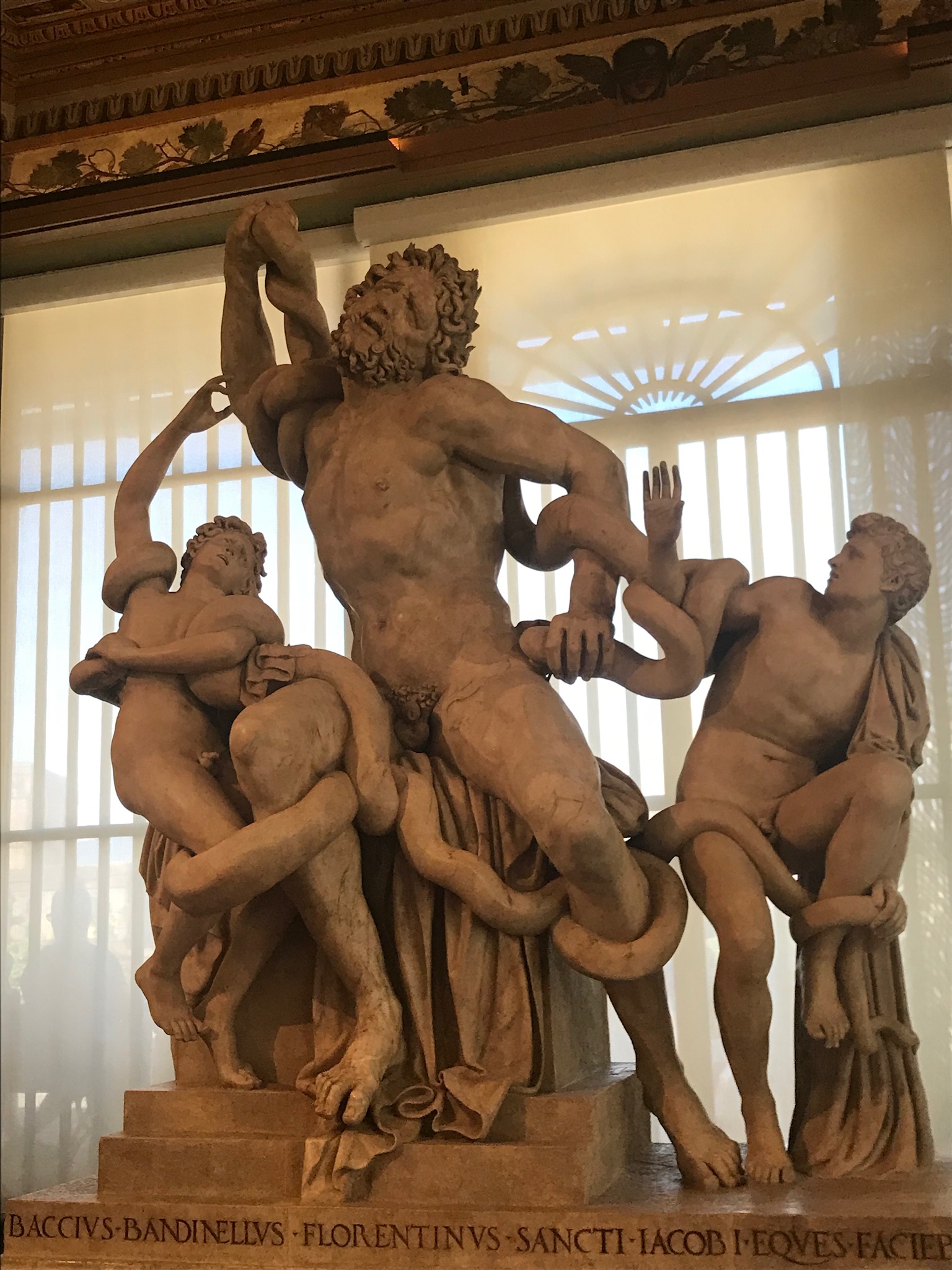 I forget what was in this small chamber, but the ceiling is a dome with embedded glass roundels: 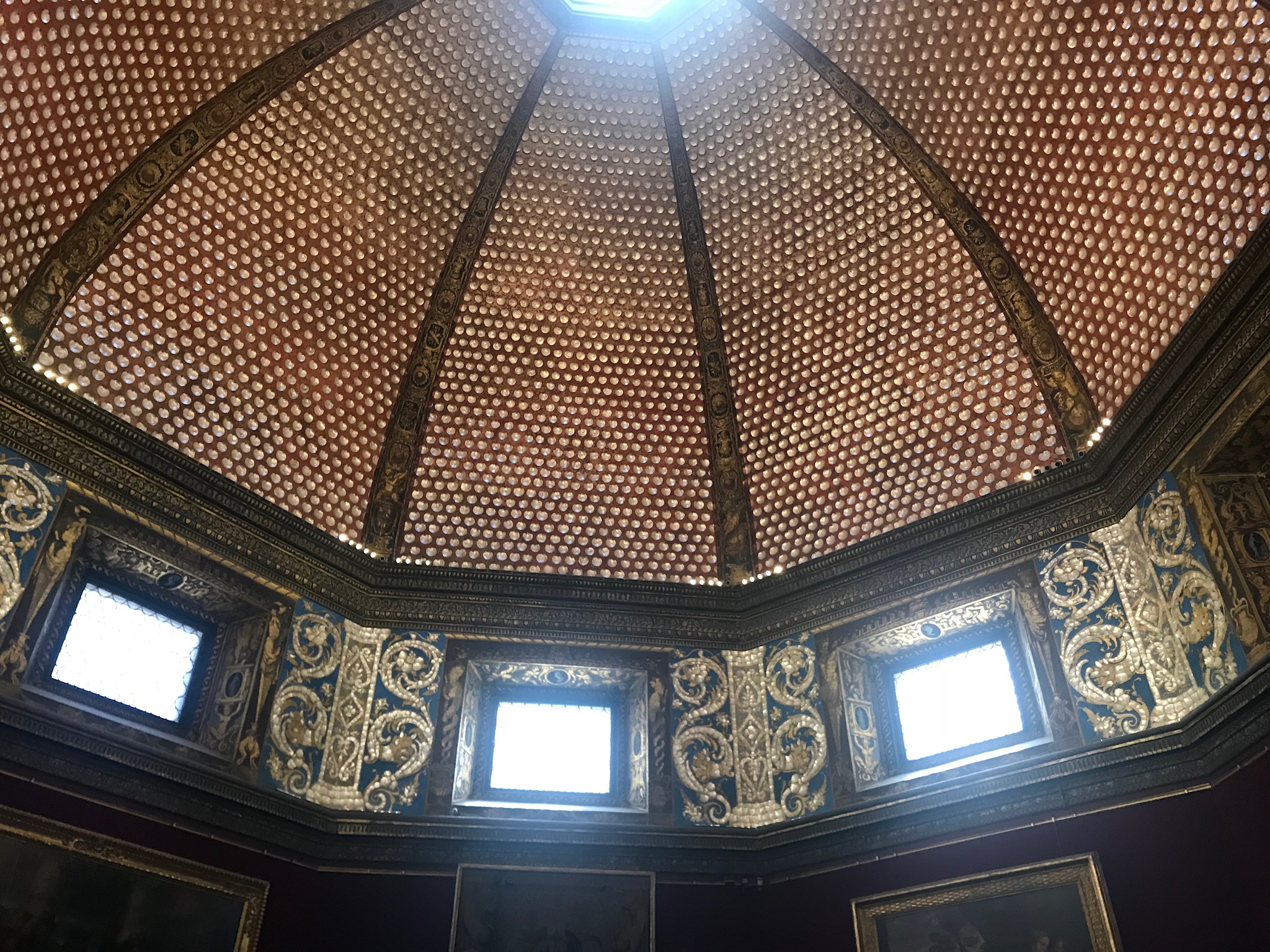 View of the Ponte Vecchio: 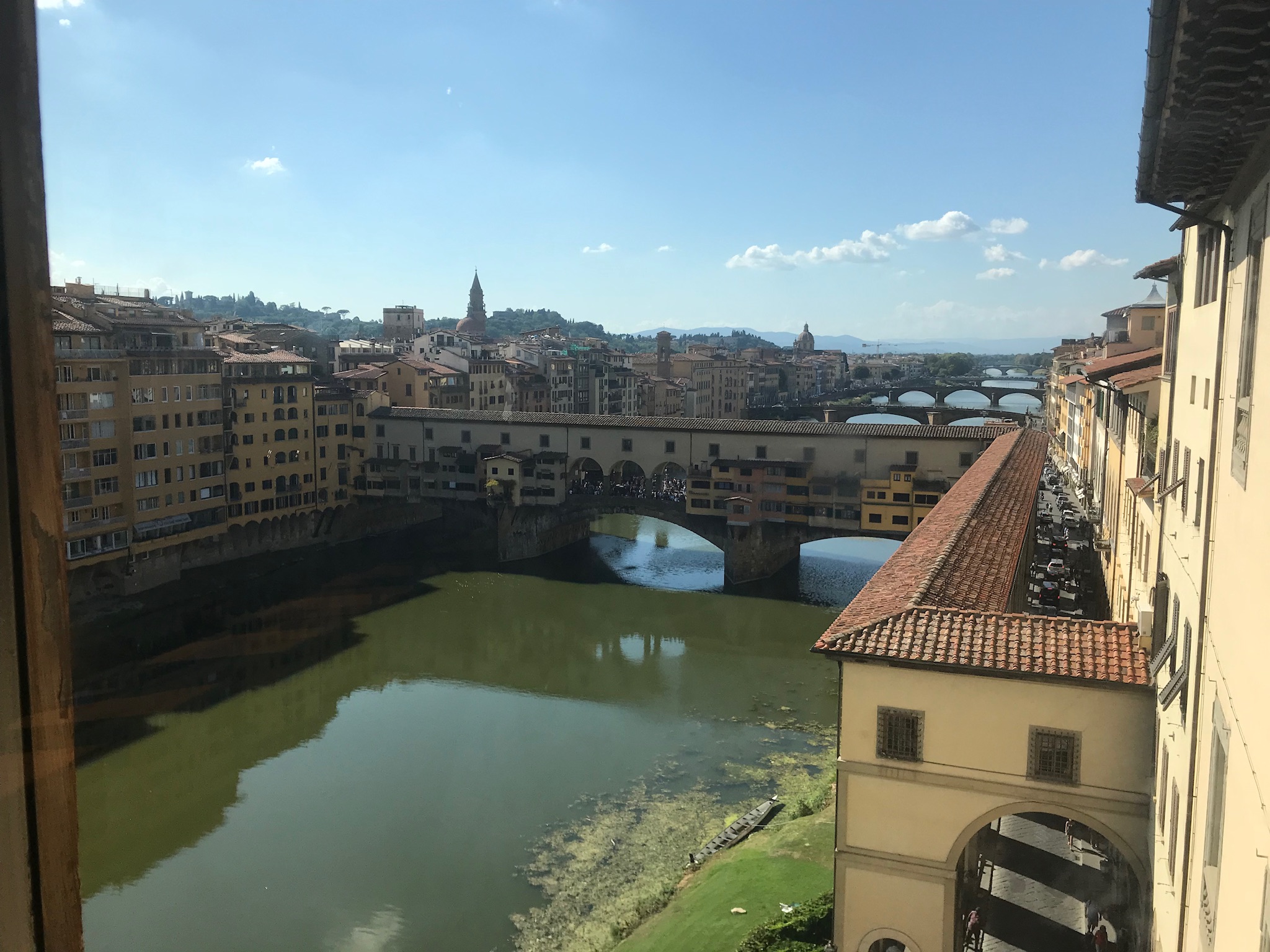 And of Il Duomo: 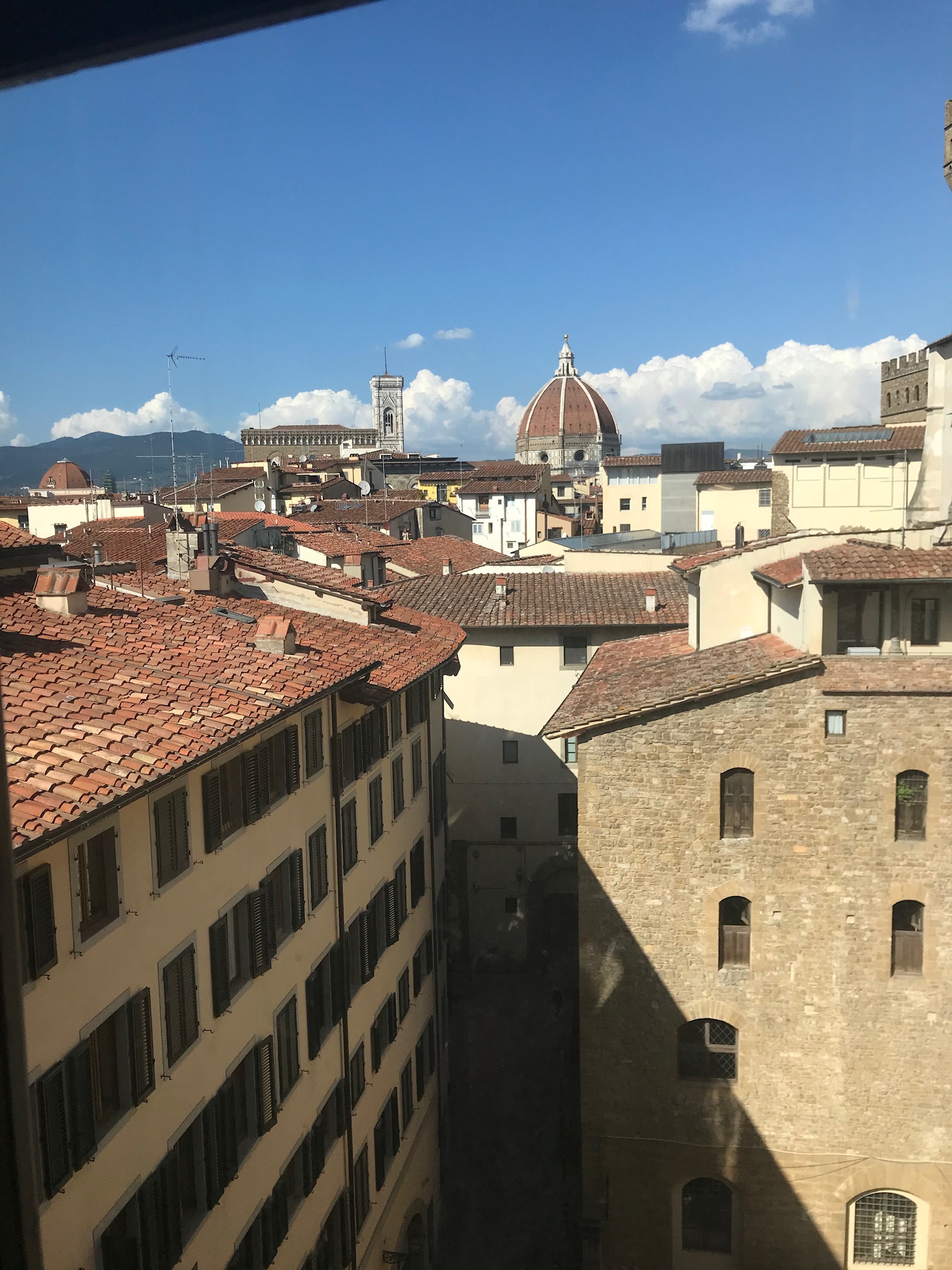 Admidst all the Greco-Roman-Renaissance perfection, this sculpture stood out: Marsyas Flayed. 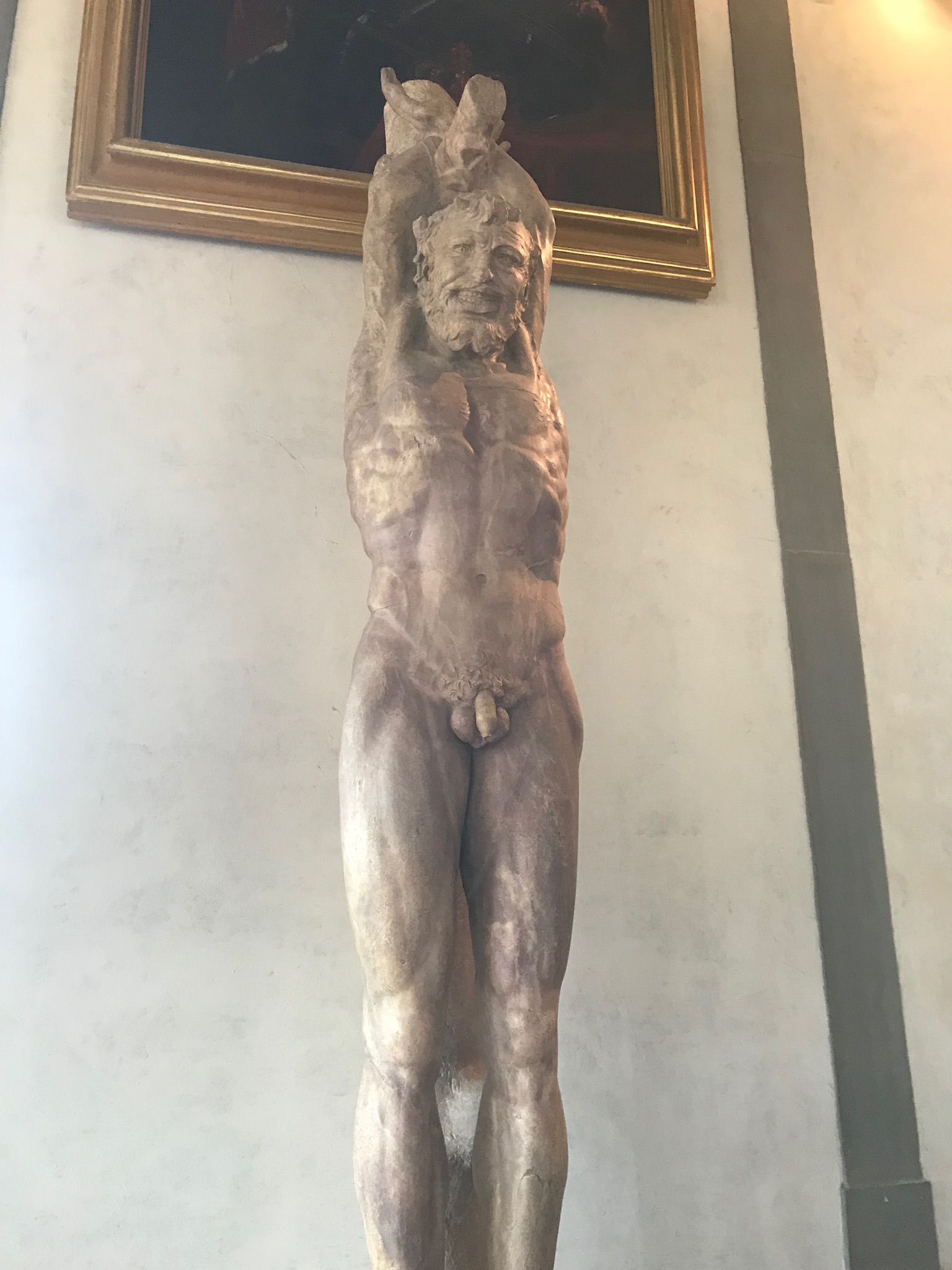 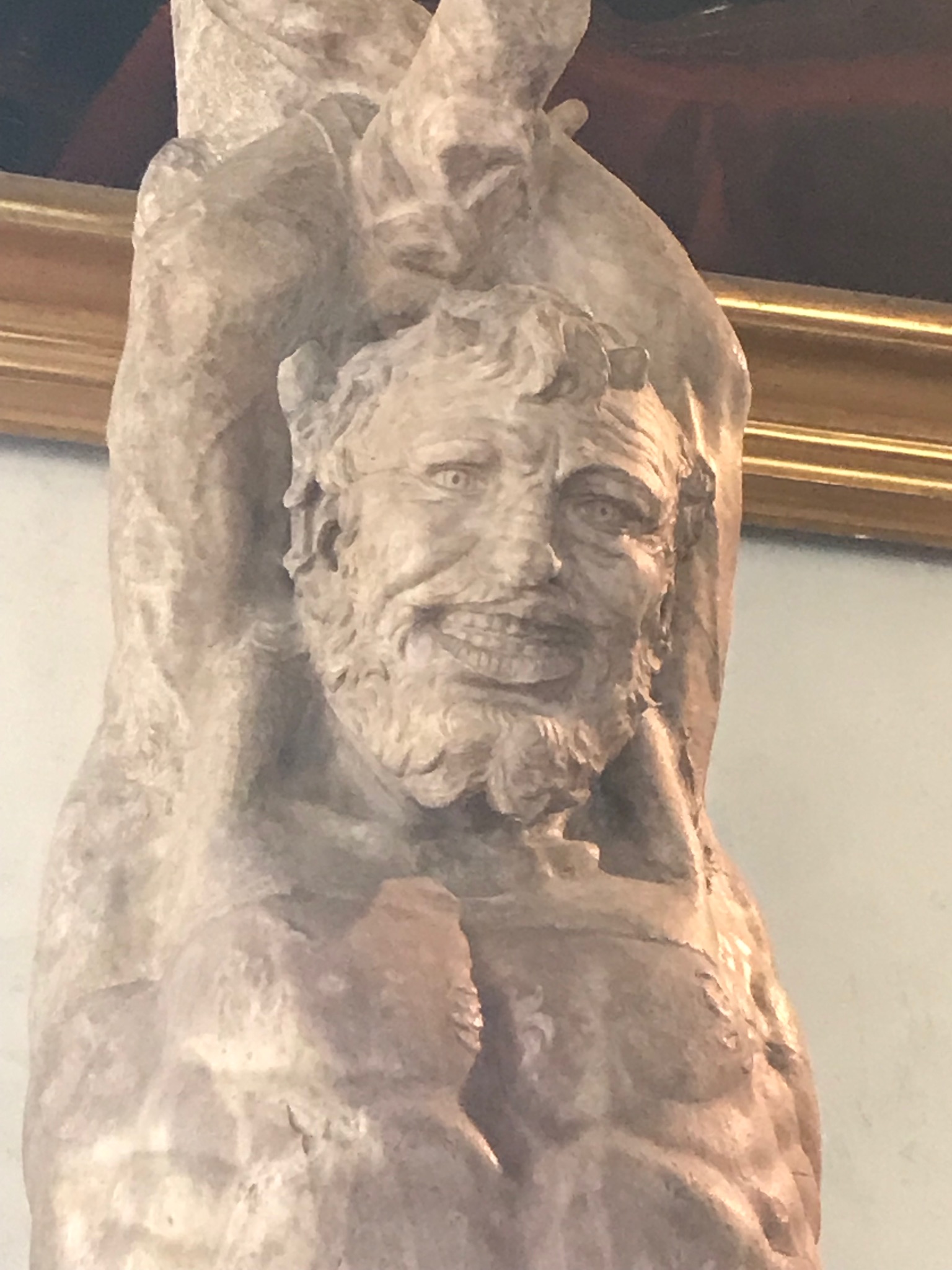 Marsyas lost a music contest to Apollo (spoiler alert: Apollo cheated), and as his punishment was flayed alive. Fans of the composer Arvo Pärt should find his Lamentate, a piece commissioned by the Tate in London to be performed in the same gargantuan room as Anish Kapoor’s gargantuan Marsyas.  (I do not link to the sculpture; Kapoor is a bit of a jerk.)

Here is an interesting piece as well: DaVinci’s Adoration of the Magi. 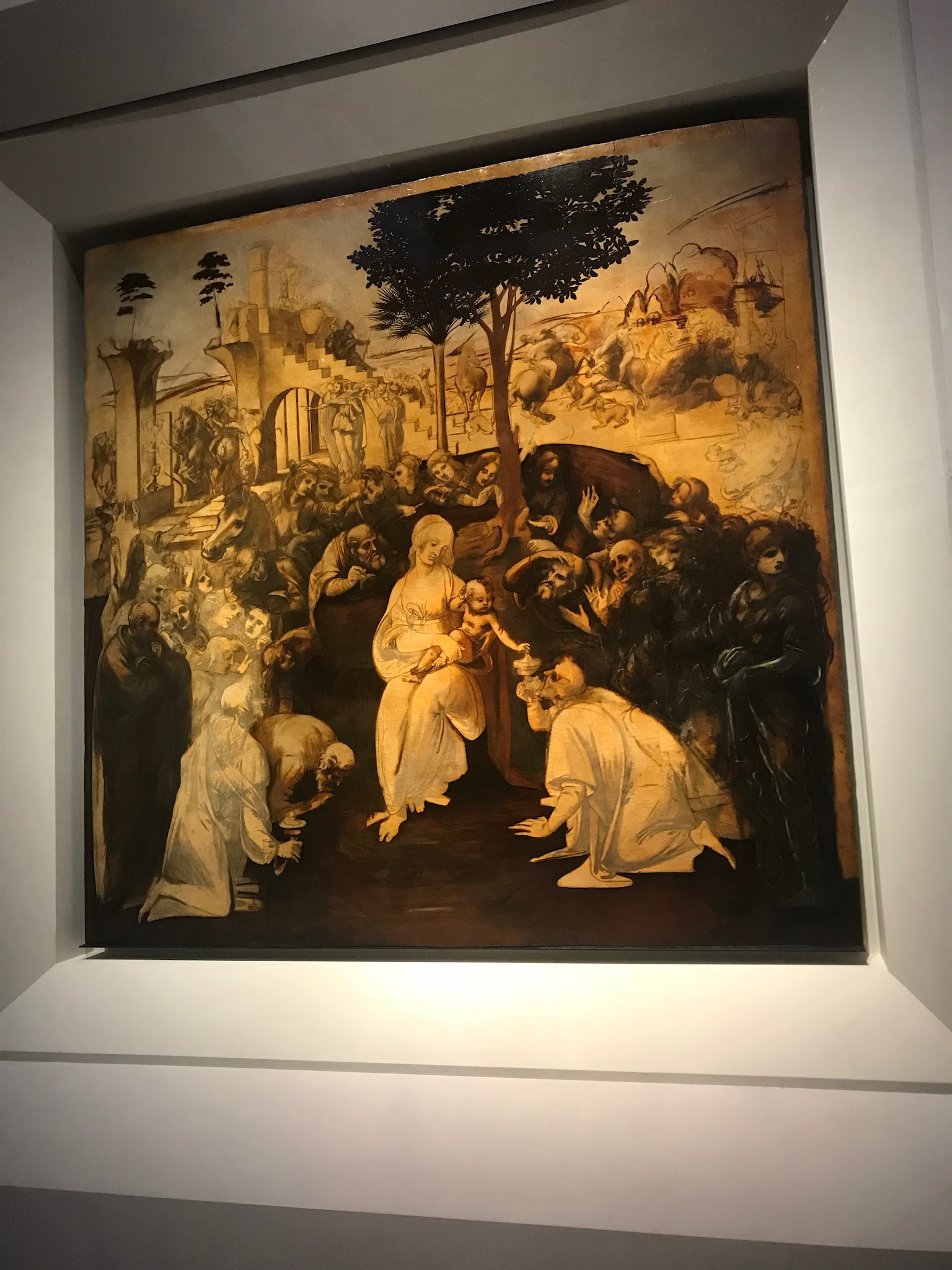 It is completely unfinished, and you will read more about it over at Lichtenbergianism.com next week.

Somehow I didn’t get a single photo of the Caravaggio’s, which is a pity, because I was most struck with them.  Caravaggio was a weird SOB, and the characters in his paintings look out at you with a fleshy knowingness that is more than a little disconcerting, not to say arousing.

We headed back to the hotel, showered, rejoined the group, and loaded up the bus to head out to the country for a “typical” regional meal. I keep trying to imagine these kinds of tourist offerings in Newnan-Coweta County: busloads of Germans and Chinese and Russians ferried out to Dunaway Gardens for a good meal of chicken and waffles, or shrimp and grits, or pulled pork barbecue, while being serenaded by a blue grass band.  No?  Maybe not. We certainly don’t have the wines.

First, the view of Florence from across the river: 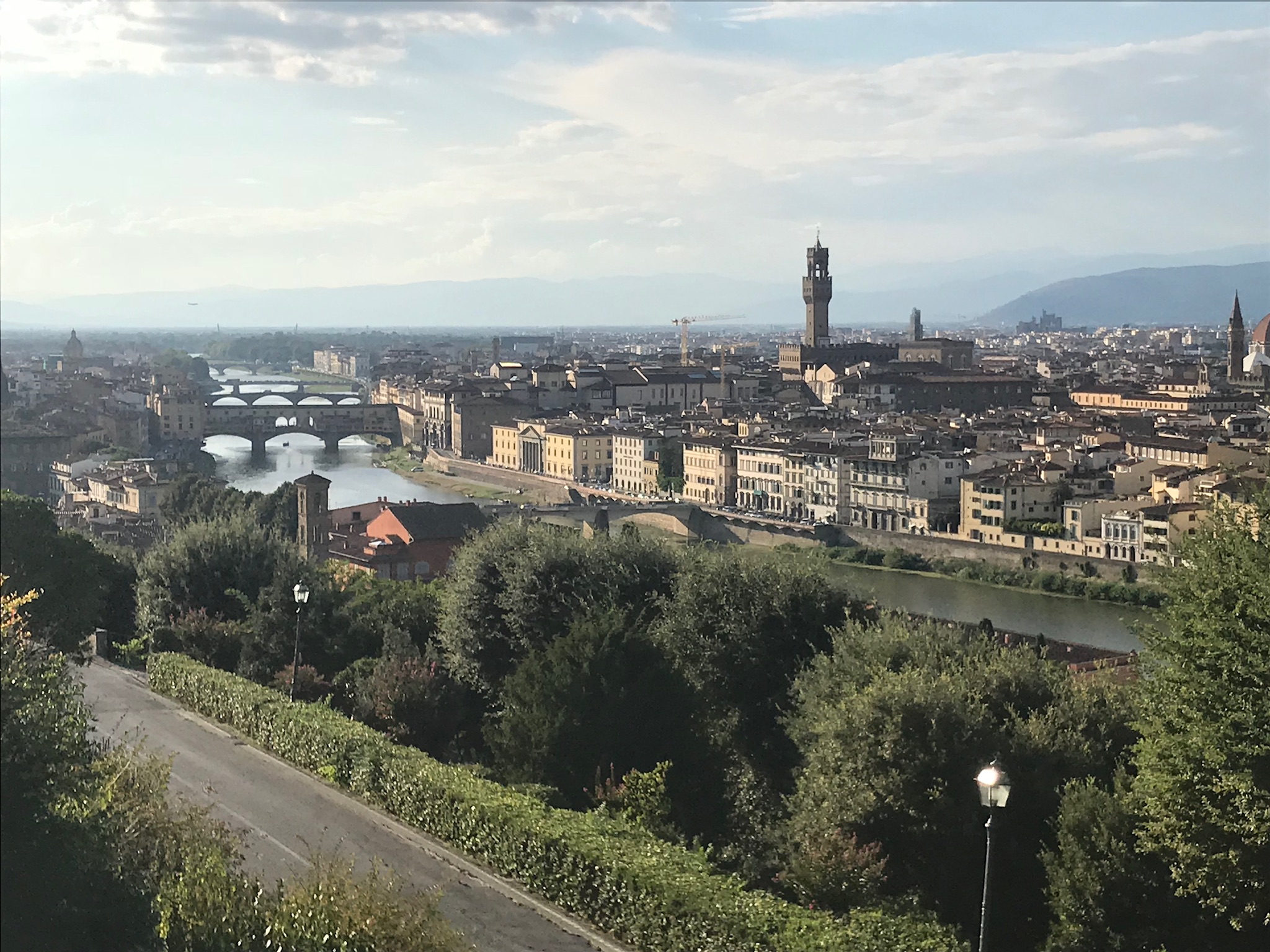 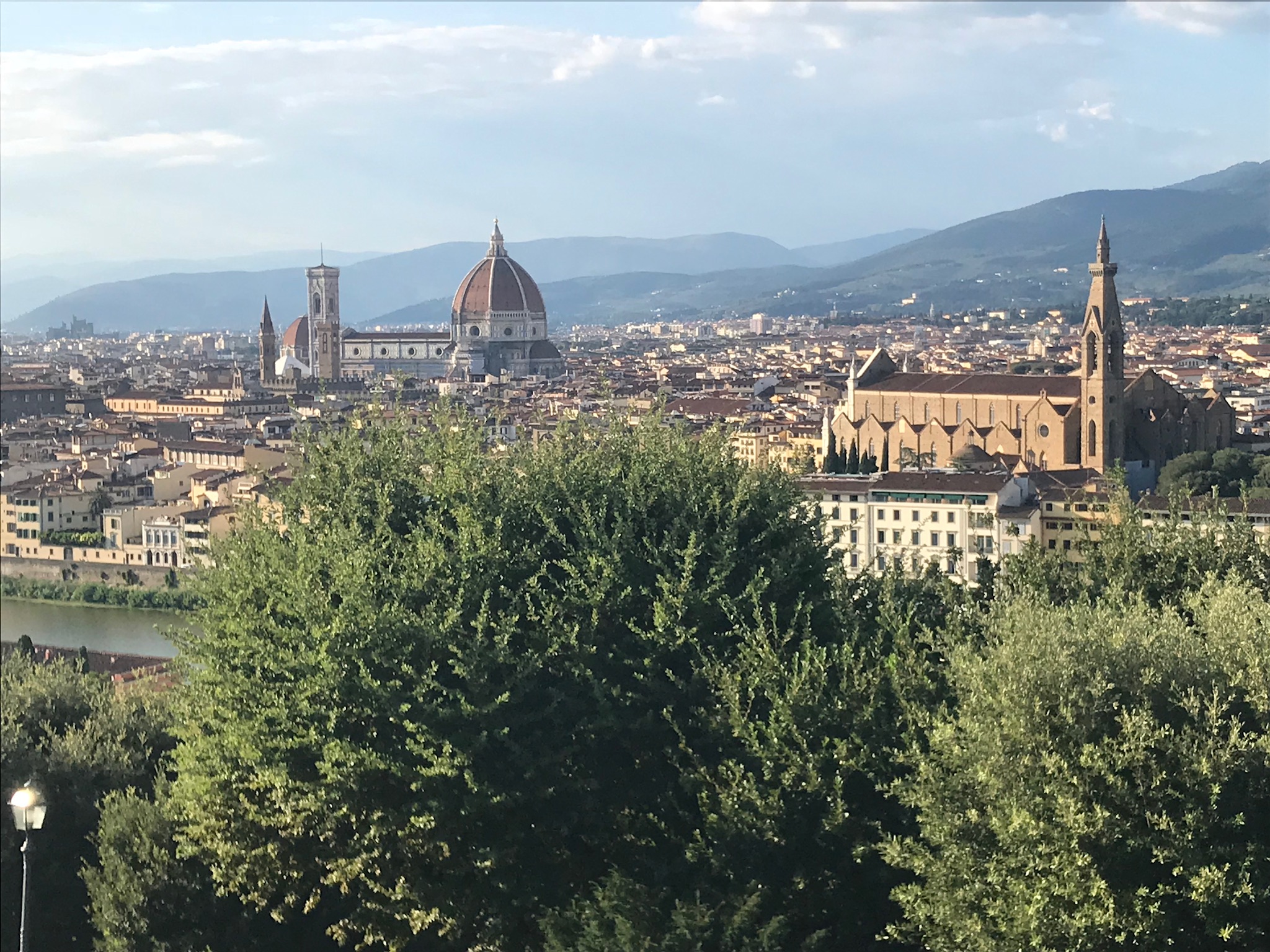 Here was our musical entertainment: 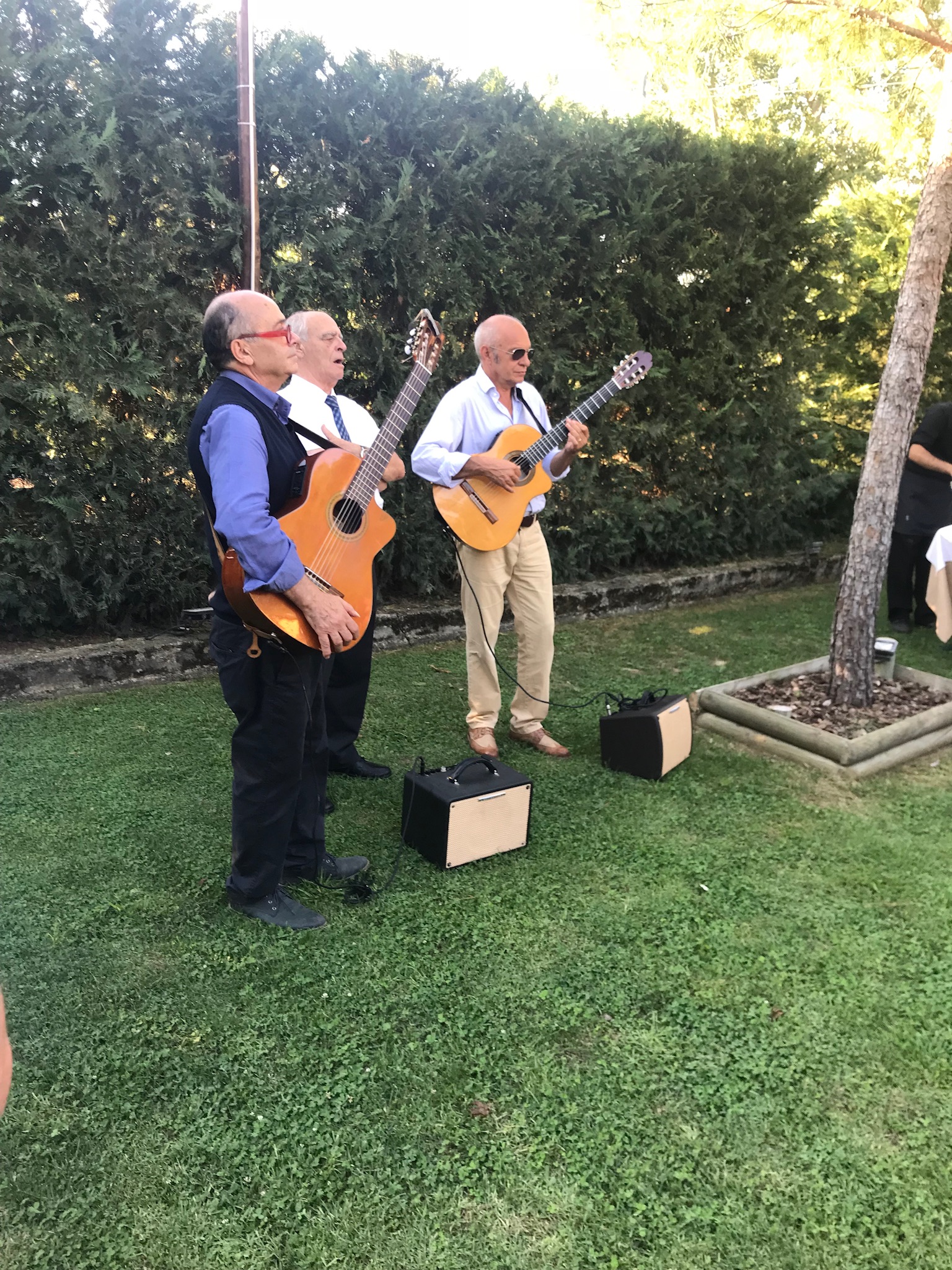 Lots of Amore and O sole mio and that sort of thing. The guitarist was quite good. 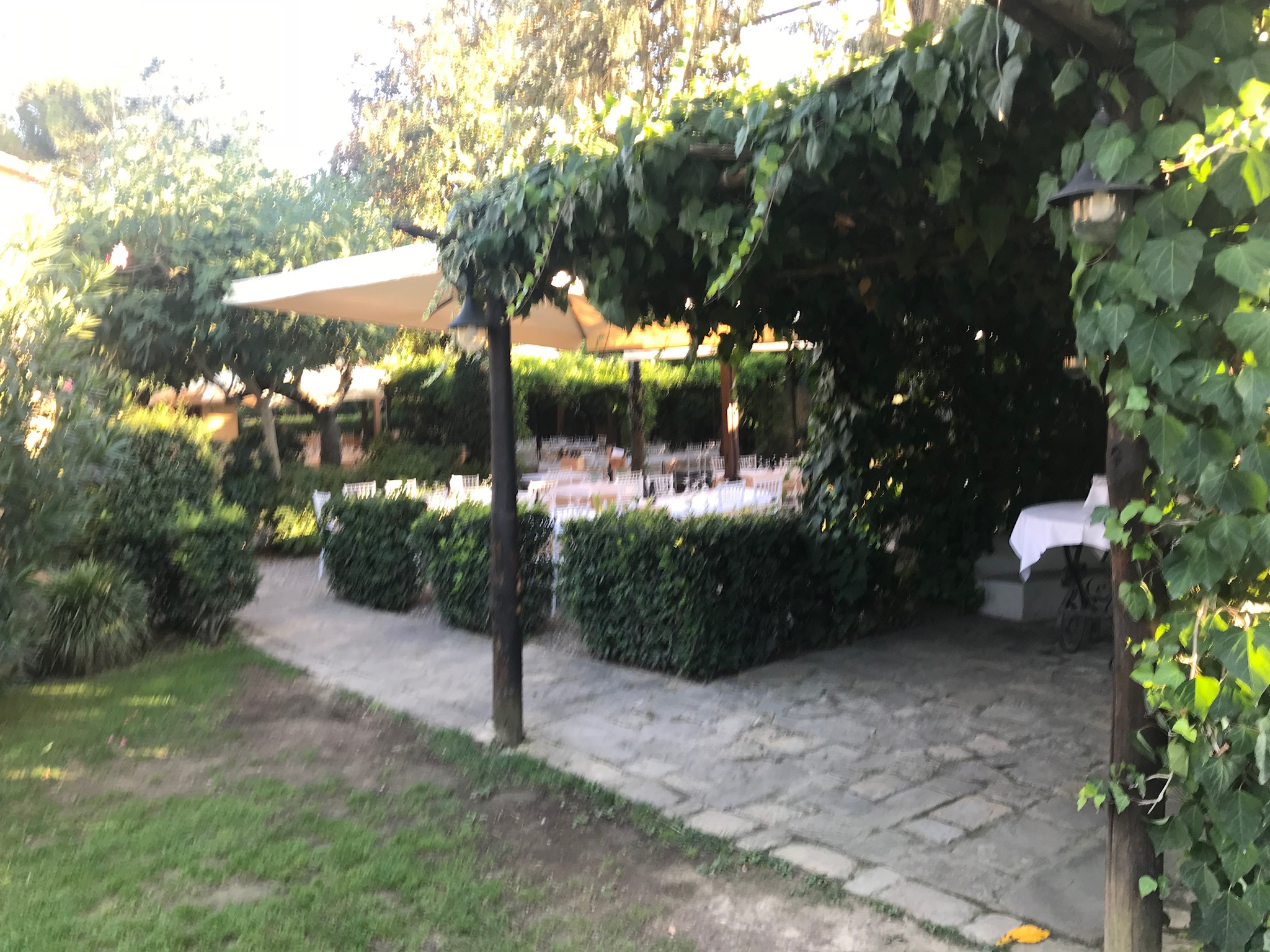 Their food was good, their wine was so-so; their sparkling wine was grotesque.  On the way home Ignazio, riffing off the music portion of the evening, played disco on the bus; Carlos the bus driver obliged with disco lights, flashing the lights on and off as we careened through narrow streets.  Much hilarity was had by all.  (The group we are with are very funny and delightful.  No cranks in the crowd, thank goodness, or if there are, they are keeping to themselves.)

Back here on Monday, it’s cocktail time as I sit out on the porch and try to finish at least the Thursday post before the LFW makes it back from Capri.