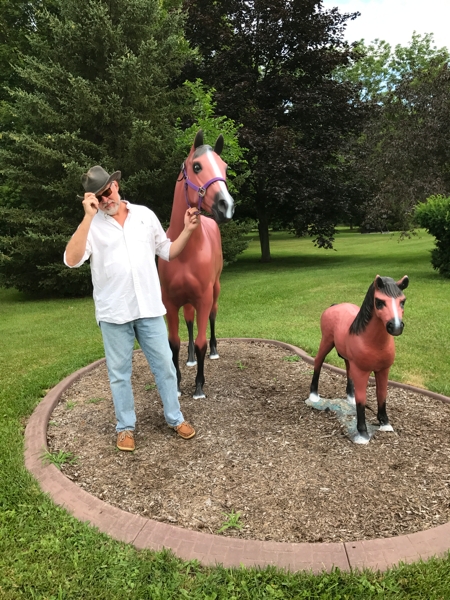 He had been standing like that for ten minutes waiting for us to arrive.

Yes, that’s yard art where they were staying.  No, it’s not as weird as this: 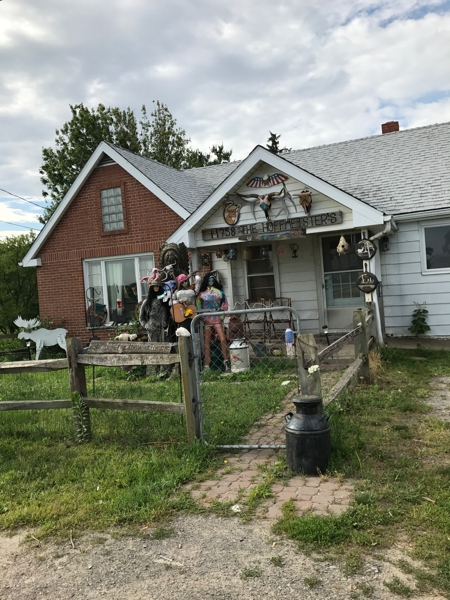 I was just going to snap a quick one as we slowed down driving past, but there was a truck behind us so my lovely first wife pulled over—just as the lady of the house emerged to get into her truck.  She grinned and waved, and we told her how awesome it was.  “My husband is very creative,” she said with cheerful resignation.

Have a closer look. 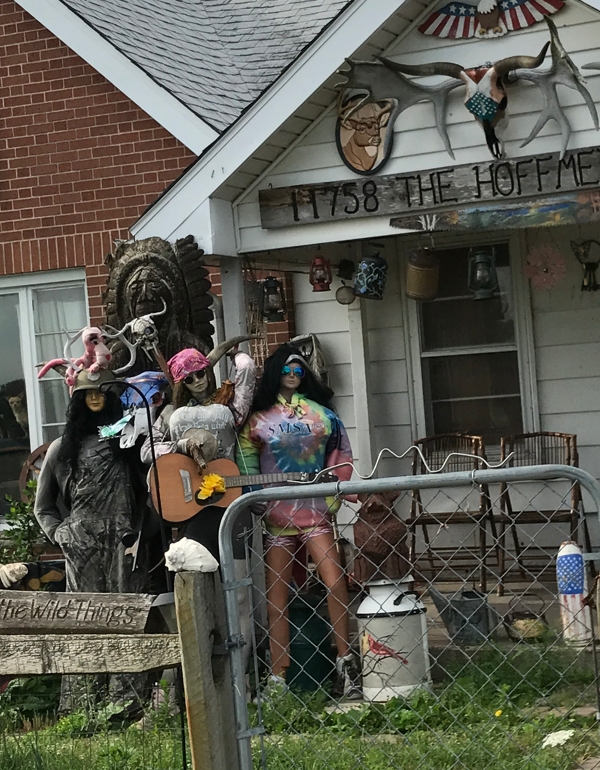 And did you see… 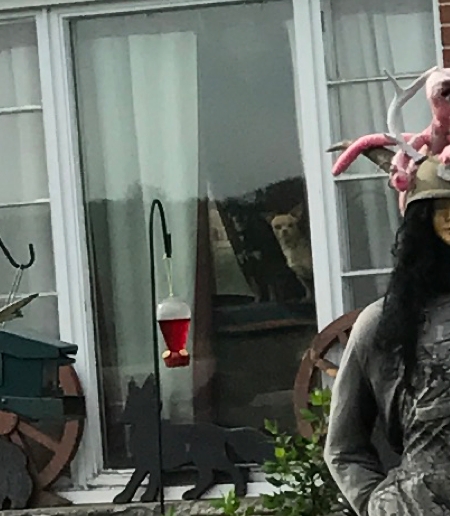 I did not get a photo of the sign at St. Mary’s Cemetery, which I kid you not had some kind of jaunty 70s font.  This and other cemeteries have been decorated with solar lights in various fun colors.  It’s an odd effect.

As my phone threaded us through Medina on our way to I-90, we encountered this monument:

Perhaps Sue will tell us in comments why she hid the region’s largest concrete apple from us.

Anyway, we soon zoomed west and the end.

Not really.  We zoomed west and stopped in Cleveland to hit the Rock and Roll Hall of Fame. 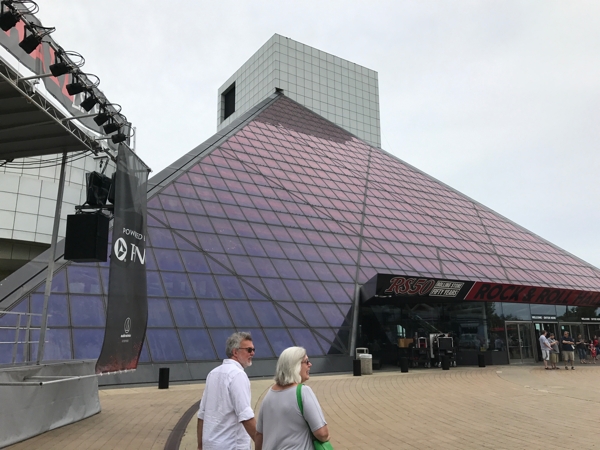 Those of my legions of readers who know me will be astonished that I visited the Rock and Roll Hall of Fame, but they should not be because I didn’t.  My companions all did, but I stayed in the lobby and wrote yesterday’s blog post.  Yes, I know, I’m a unregenerate dork, but rock music has never been part of my life.  I hear it like others hear opera: while I recognize the top 40 tunes, I don’t understand the words and I don’t know the players.  I was told I would have enjoyed the costumes, but a context-free experience with loudspeakers was certainly not going to entertain me at this point in the journey.  Maybe in my next life I’ll have a normal adolescence.

However, it was refreshing to be in an environment where I was not the only adult male over a certain age with pierced ears.

Then we got in the car and drove to Cincinnati the end.