Nearly there!  Yesterday was the most nerve-wracking of the construction steps for my staff, since the lizard is the main design element and I was fearful of “messing it up,” a perfectly meaningless concept of course.  But still.

Here is the design: 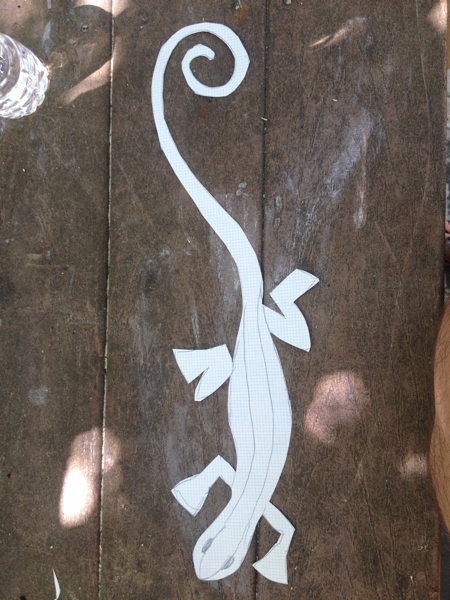 It will be made from copper sheeting, which I just happened to have lying around. 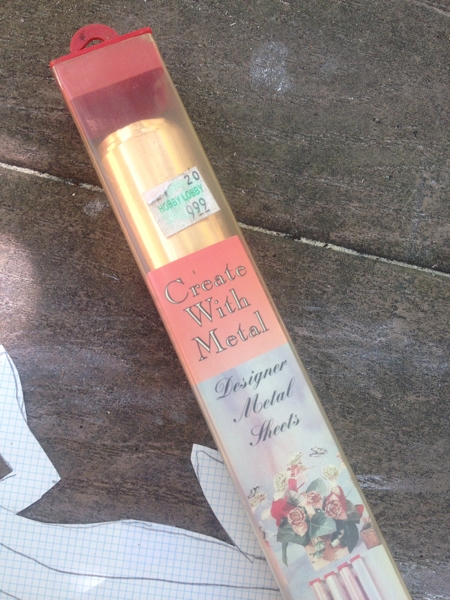 I would like to point out that I bought this from Hobby Lobby years ago, before they revealed themselves to be Dominionists of the worst sort.

All laid out and ready to go: 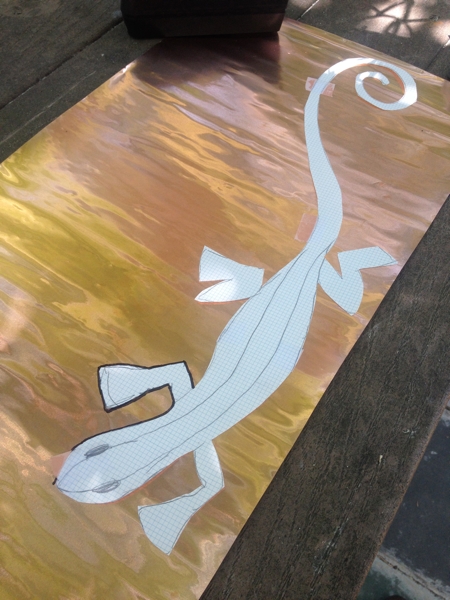 After outlining the design in marker, I went back with a ballpoint pen and traced the center stripe and the eyes, embossing it into the copper. 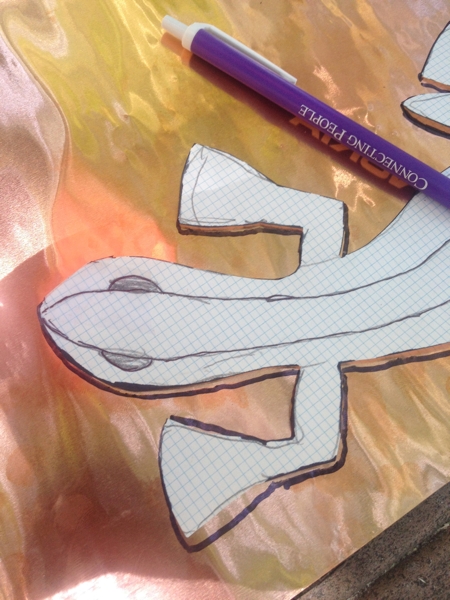 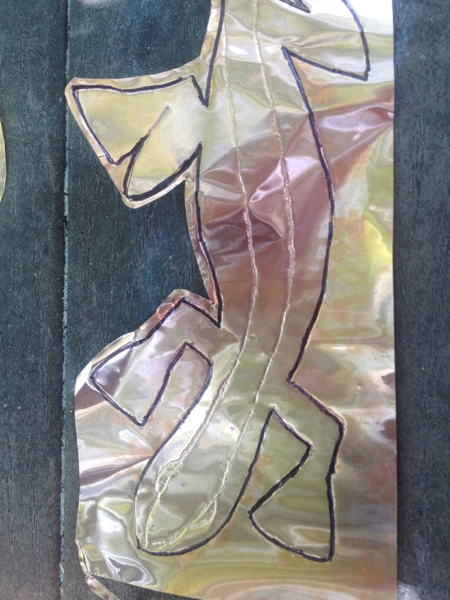 Notice that I leave a margin around the outline.  This is because there may or may not be intoxicated individuals near the staff, and I’m thinking that SWIM1 would be loath to seek medical attention if their hand were sliced open by sharp lizard edges—so I designed it to have a turned-under edge. 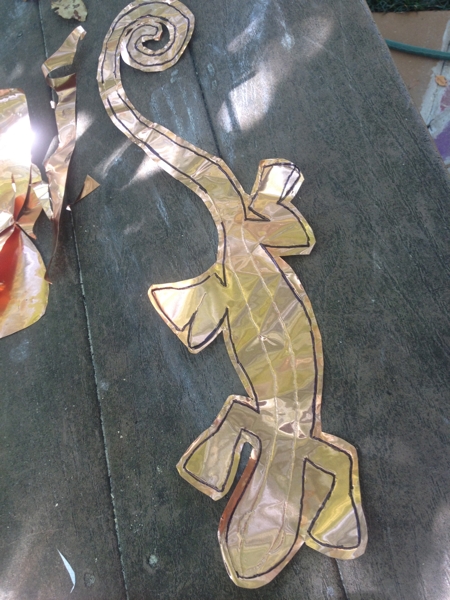 You may have noticed that the feet seem to be simple, spade-shaped affairs.  Not so: they will be clever little lizard fingers, but I was concerned about how best to make those.  Therefore, a test foot: 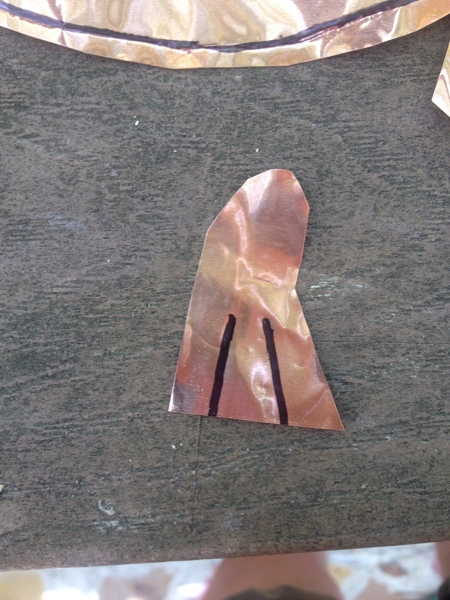 After marking them, I embossed the outline of the fingers, thinking that would make it easier to turn the edges under.  As it turned out, that step was not necessary. 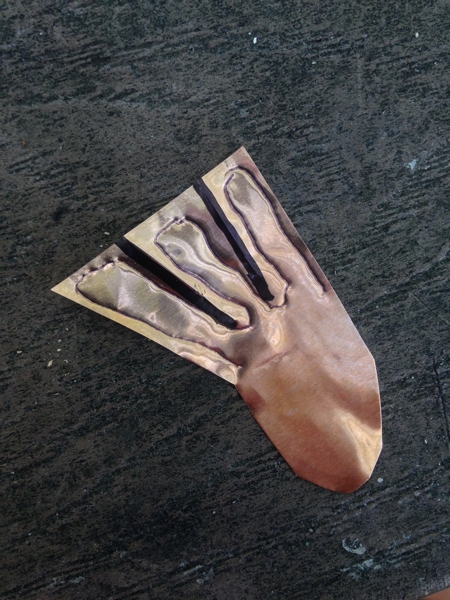 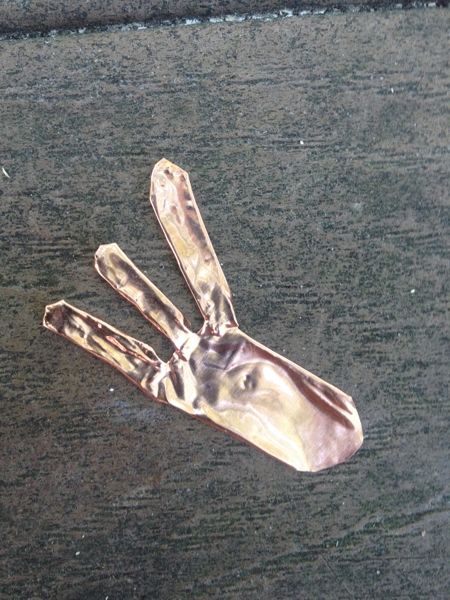 I will say at this point that the proper tools—which we have discussed previously—are always a blessing, and turning under a small band of copper like this necessitated a trip to Michaels, where I bought some jewelry-making tools: 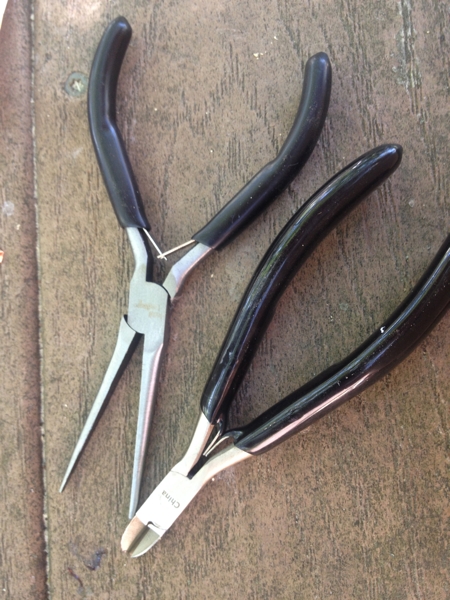 The super-thin needlenose pliers were particularly and spectacularly helpful.  Here’s the beast all turned under except for the fingers: 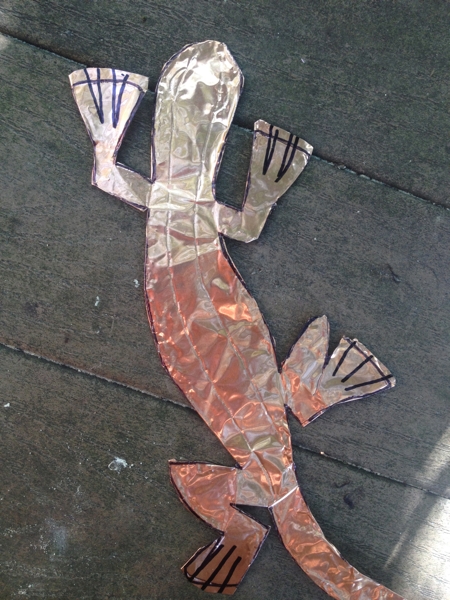 And here he is all done. 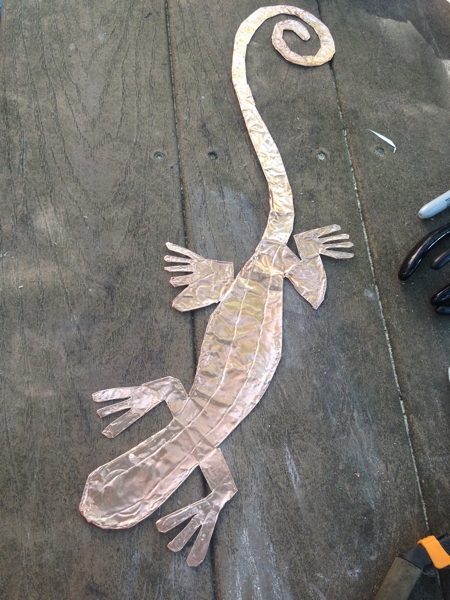 The final phase is to attach him to the staff.  I say “final,” but there are other options to think about: does he need jeweled eyes?  Also, I have in mind that it might be necessary to further decorate the staff as a whole… well, you’ll see.