I have not enthused about my labyrinth in a while, so let’s do that.

Last night we built a fire and had a quiet evening outside. It’s getting chilly now, so the fire was most welcome. 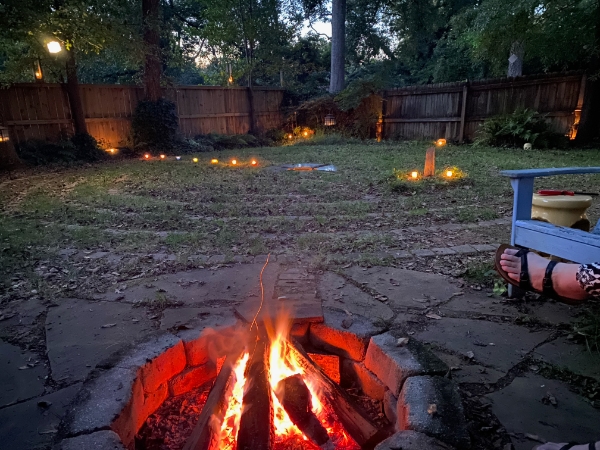 I decided to get photos of some of the points of interest, so take a walk with me. First up, the southpoint: the element for south is fire, so we have a sculpture representing the sun, by Richard Hill. 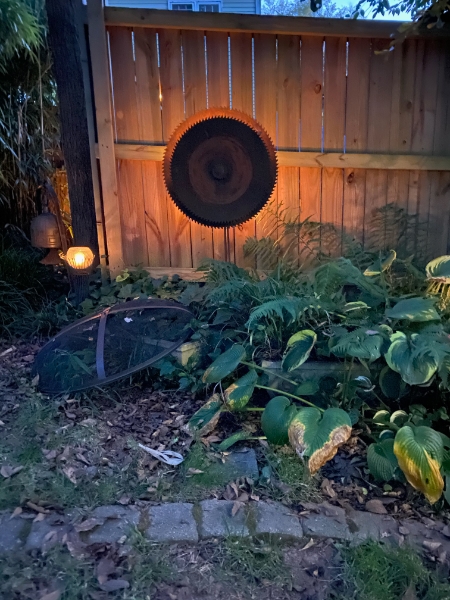 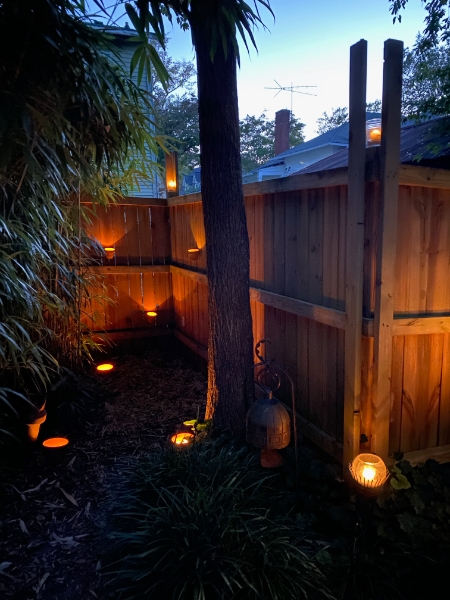 Somehow I didn’t get a photo of Apollo. Hope he’s okay with that; you know how touchy he can get. I’ll have to get one tonight. 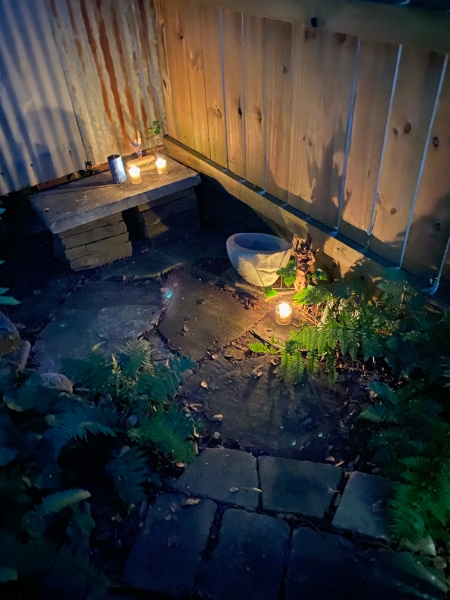 … with the Green Man… 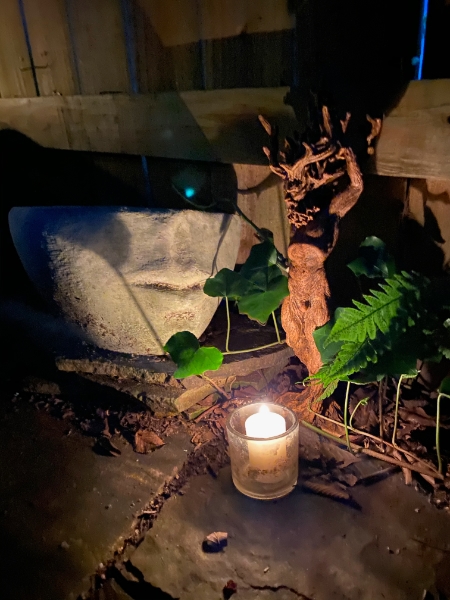 … and the bench, this time with angel and windchimes. 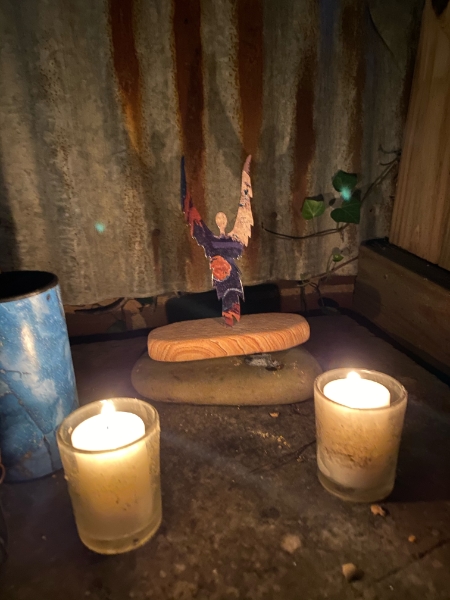 The westpoint: water is the element of the west. (Bowl by Montgomery artist Brooks Barrow.) 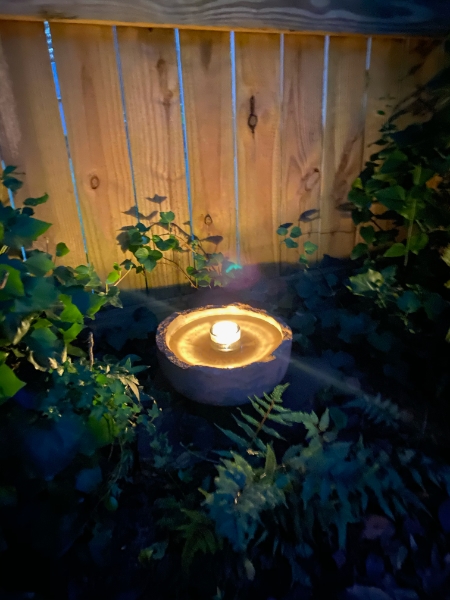 The northwest corner, with the Dancing Faun standing in for Dionysus. He was looking particularly fine last night. 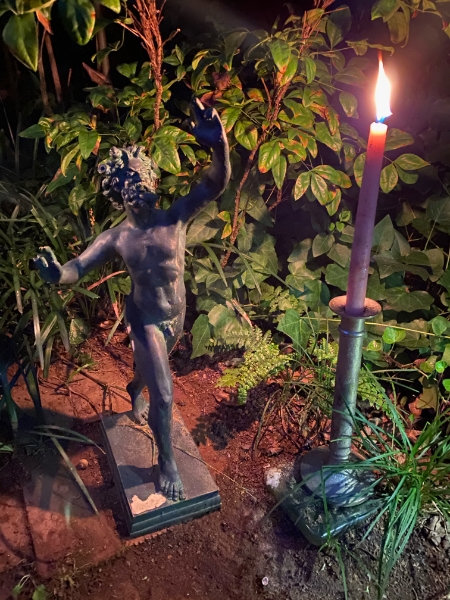 The northpoint: earth is the element of the north. Here we’re looking at the earthwork from the bottom of the bank, a small grotto lined with stone and now covered with peacock moss. 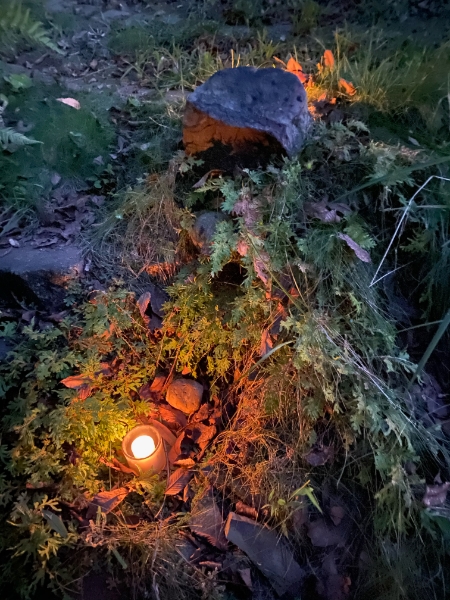 And from the labyrinth, a standing stone. 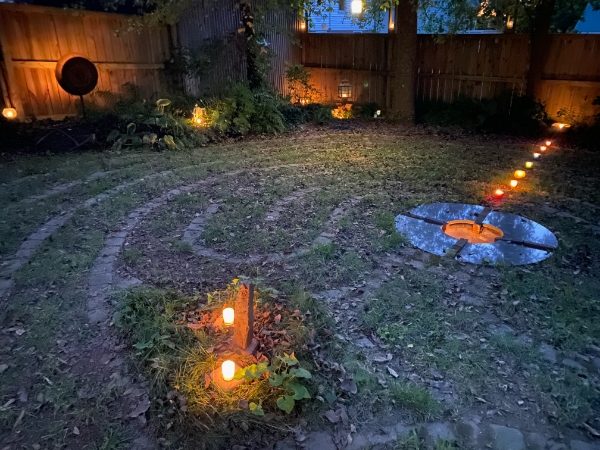 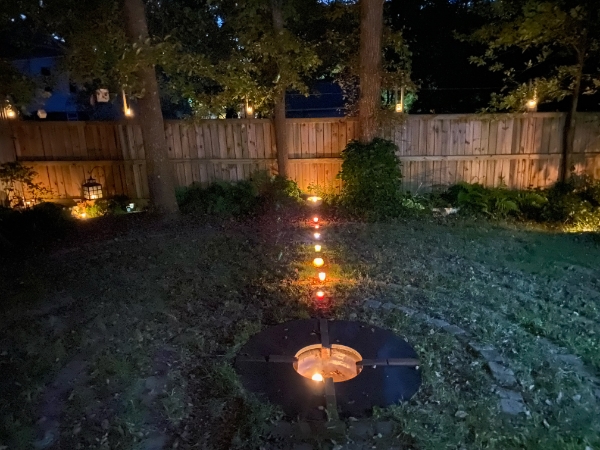 The new fence was installed in 2016, and it was only recently that I realized that someone — either the representative from the First Fence of Georgia who drew the plans, or the young man installing the fence — had taken the trouble to center the fence on the two trees at the westpoint. A warm letter of appreciation is in order.

Eventually the fire, which was glorious all night, was down to embers. With only the standing stone still lit, it was a quiet ending to a quiet night. 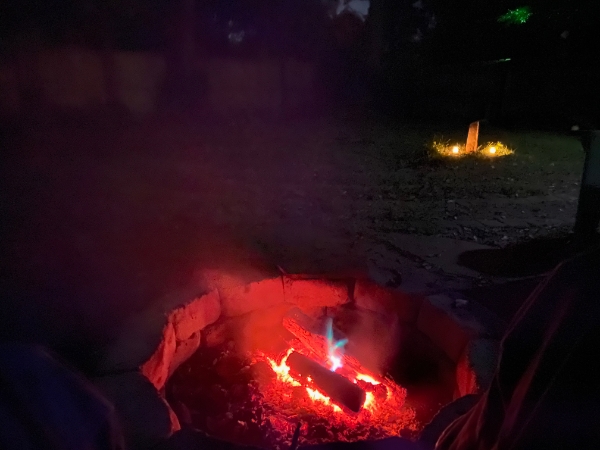