The plural of anecdote is not data, but I have a little story to share with you that illustrates some of where we are in the United States. 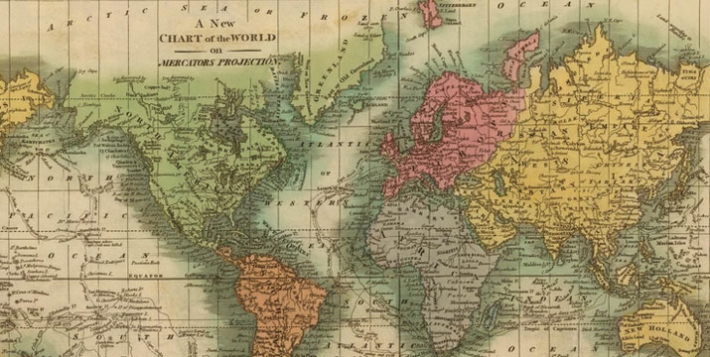 Many years ago, I was a wee media specialist at East Coweta High School.  You have to understand that I grew up in the city and attended Newnan High School in town, and that when I transferred as a teacher out to East Coweta, it was a definite culture shock.

This school was literally in the middle of the cotton field.  It was across the highway from a dirt track racing establishment.  And the students were rural.

The “upper class” of the school lived in the minuscule towns of Senoia and Sharpsburg; the rest lived out in the country, along roads which may or may not have been paved.  They lived among family and friends, and they always had.

The faculty knew all the students—the school was only 800 students, 6-12—and more than that, we knew who they were.  We knew their mama ‘n’ ’em, and nobody so much as sneezed without everyone else knowing about it.  We taught whole families, sometimes in generations.

This was in the 80s, and this close-knit community was the water in which all my students swam.

Cut to twenty years later.  I was then the media specialist at Newnan Crossing Elementary School, and I was doing a lesson on the atlas for second graders.[1] I showed them the different sections, how the maps were laid out and numbered, and how the index worked.  They were fascinated, I’m sure.

We looked up a couple of things to start with, probably Atlanta and New York City and Washington, DC.  Then I asked them to look up where they were born.

Out of a class of about 24 7-year-olds, half of them were not even born in North America.[2]  That’s right: half a second grade class in Newnan, GA, were born on other continents, and I mean all of them except Antarctica.  We had Asians, Indians, Africans, South and Central Americans, and even Europeans.

It was an eye-opener for me, to be sure.  I felt as if I were not in Kansas any more.

And trust me, Kansas knows it, too.  All those people with unpronounceable last names, whose grandfather was not on the school board or attended any of the churches hereabouts.  Their funny food, their funny accents, their funny clothes sometime.  And so many of them!  Look at all the stores springing up that either have names we don’t understand, or a definitely not-from-around-here person and their seemingly endless children behind the counter as we buy our Slim Jims.

It’s no defense, of course, for anti-immigrant behavior or voting for a man who promises to toss out millions of people just because they don’t look like you.  But it is an explanation: most of the students I taught (and the world they lived in) were kind-hearted, but they didn’t like new and they didn’t like change.

The U.S. has changed and is changing.  They have fought back in regrettable ways.

——–—
[1] This was not because my second graders needed to know how to pull a book off the shelf and look up a country, but because of course it was on one or more of the standardized tests which so improve our students’ achievement.

[2] And less than a quarter of the class was even born in Coweta County.

3 thoughts on “A lesson”