First of all, at Home Depot when I went to load the 12 bags of top soil into my car, I discovered this guy: 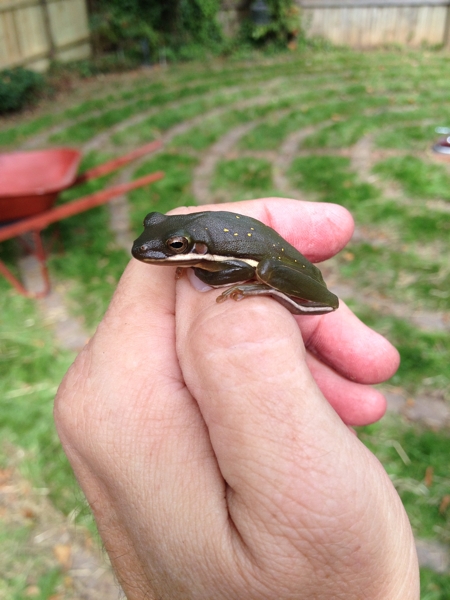 Thinking that there were too many ways for him to come to grief in his current setting, I scooped him up and brought him home.  There was a moment of panic when I carefully unloaded the car and he wasn’t there—what if he had decided to burrow under the seats and die?—but I found him and as you can see he’s fairly content to be my friend.  He finally leapt to my shoulder and from there to the hostia by the southpoint.  I haven’t seen him since, but he should be fine.

You will recall from yesterday that I had begun the mini-terrace at the southwest corner. 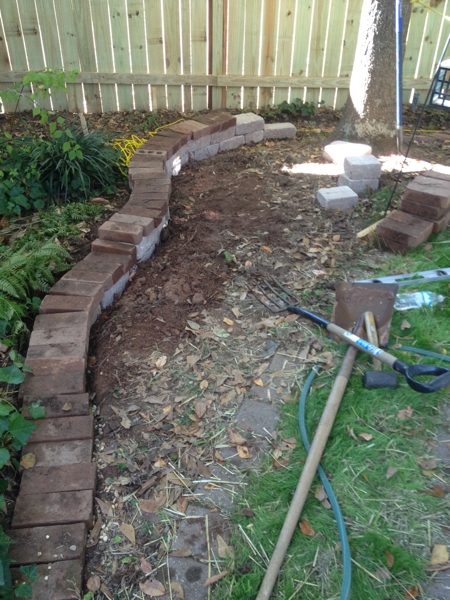 I decided to lower the far range of blocks so that the border bricks were all on one level.  I could have done that by dismantling the whole thing and digging a deeper foundation, but I found it easier just to replace the concrete blocks with others half their height. 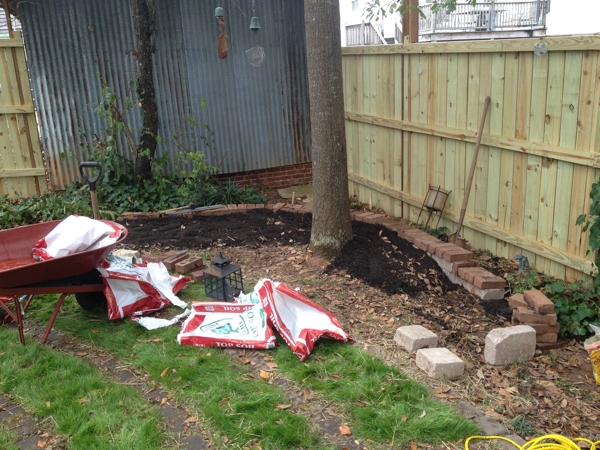 After I got the whole thing walled in and filled in, I stepped back and took a good look at it. 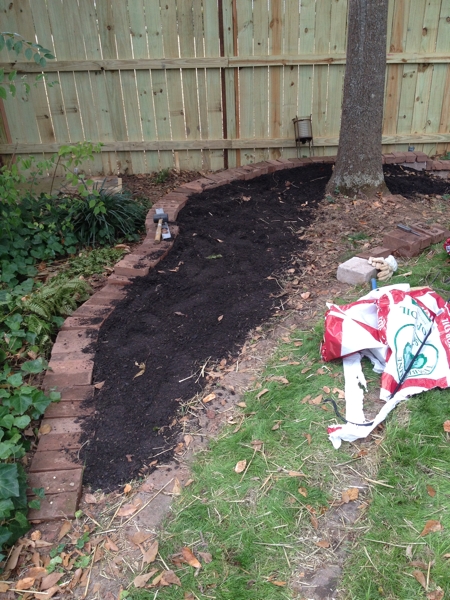 Those who know the Lichtenbergianism process know that it’s time for GESTALT and SUCCESSIVE APPROXIMATION.  My thinking was that the sinuous outline of the terrace was lame.  It did not resonate.  Its woo factor was pitifully low.

So I fixed it. 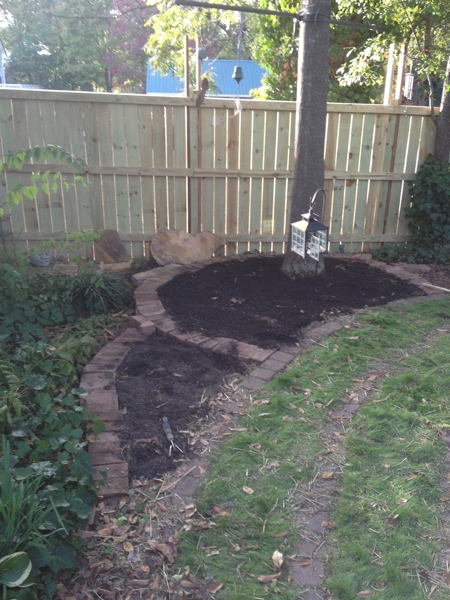 Still some adjusting to be done—brick-cutting, etc.—but on the whole I think it’s much better. 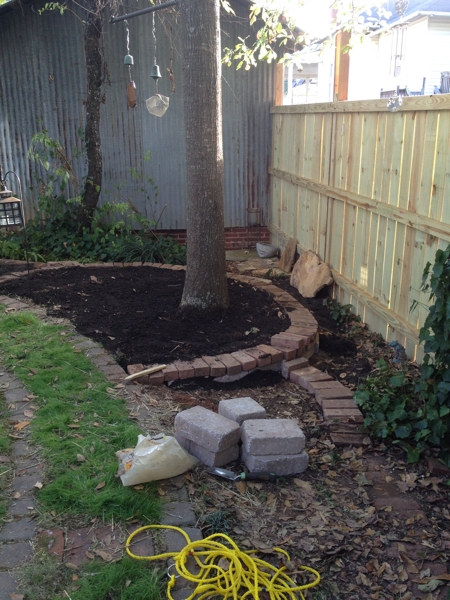 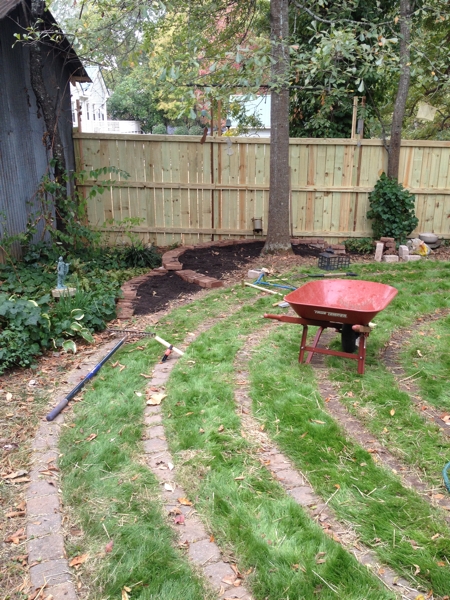 I am halfway considering paving that circle around the tree with flagstones like the fire pit and the back corner, but that won’t be until the spring.

I also have concerns that the brick edging is precarious: a slight misstep will knock them off.  If I weren’t so averse to permanence I’d cut them to fit and then cement them in place.  Oh well, if that becomes necessary at some point in the future, we can do that.

Next up: the back corner.